Scared and not afraid to show it. Chrissy Teigen screamed for five solid minutes while going through a haunted house on The Ellen DeGeneres Show.

In the segment, which aired during the Thursday, October 25, episode, the Cravings: Hungry for More author, 32, accompanied “Average Andy” (a.k.a. Andy Lassner) in the Purge Maze at Universal Studios’ Halloween Horror Nights. The duo got a fright before they ever even entered the attraction, with Teigen laughing and cursing. 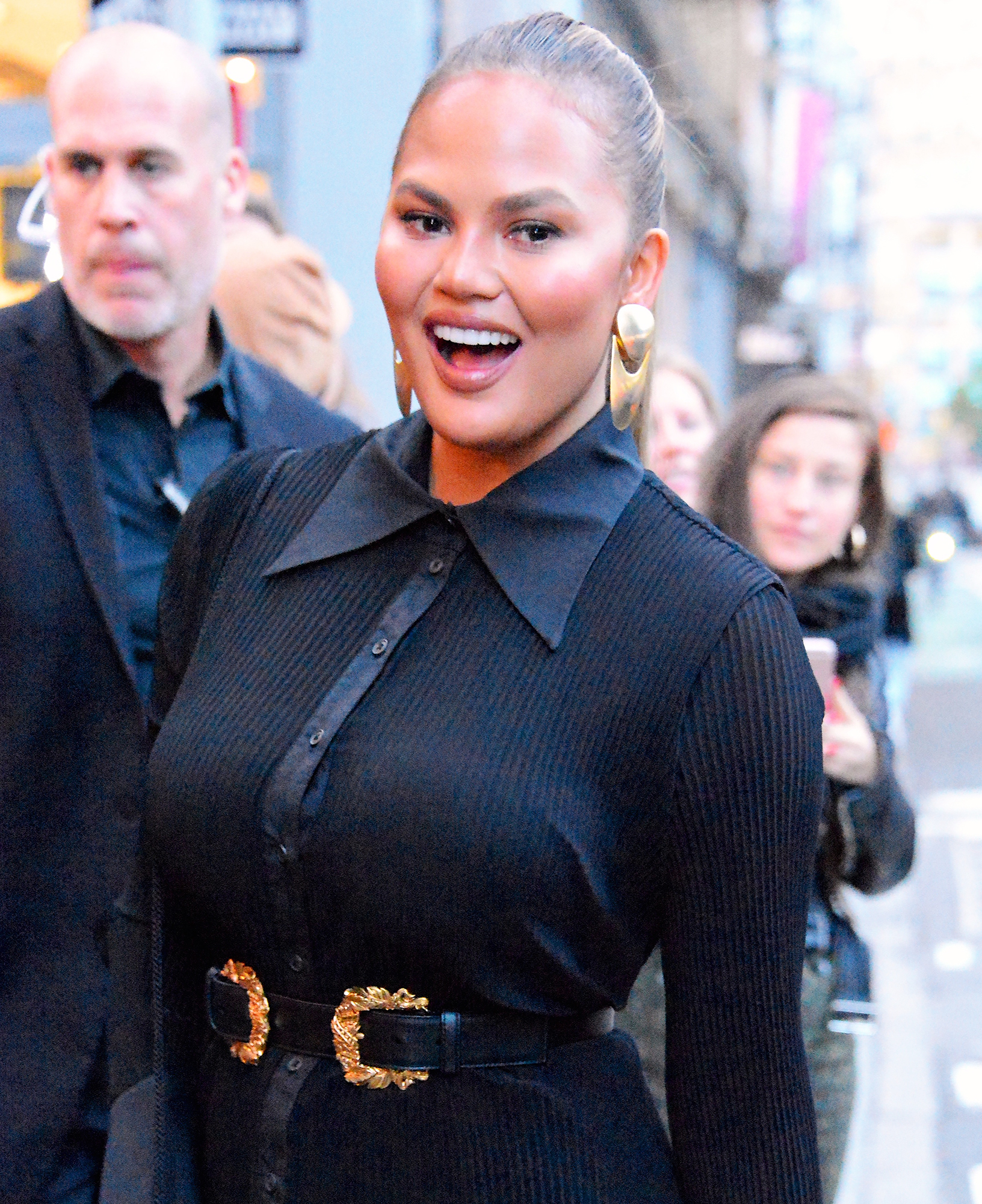 The Lip Sync Battle cohost was there for Lassner, Ellen DeGeneres’ oft-frightened producer, as people in masks and costumes jumped out at them. “You got this, baby,” she told him at one point. She later comforted her companion, cradling him after they endured a particularly scary moment.

Lassner assured Teigen that he was “the alpha,” but he clarified: “I’m alpha in terms of you follow my direction. By alpha it doesn’t mean I go first.”

“That wasn’t bad,” the model said before receiving one final scare and clutching her stomach from screaming so much. “I did [feel safe]. I gotta say, you were the alpha. I’ve seen a lot of these, and you usually cower, but you really took an alpha male role.”

Teigen teased her appearance on Twitter Wednesday, October 24. “Andy is a national treasure,” she tweeted, later adding: “The compilation at the end, I’m crying.”

Over the past two years, the cookbook writer celebrated Halloween by having her now 2-year-old daughter, Luna, try on an array of costumes, which she shared on social media. Her eldest child with husband John Legend — the couple are also parents of Miles, 5 months — donned hot dog, peacock, Minnie Mouse, banana, Little Red Riding Hood, Alice in Wonderland, Grease, hula dancer and pineapple get-ups.