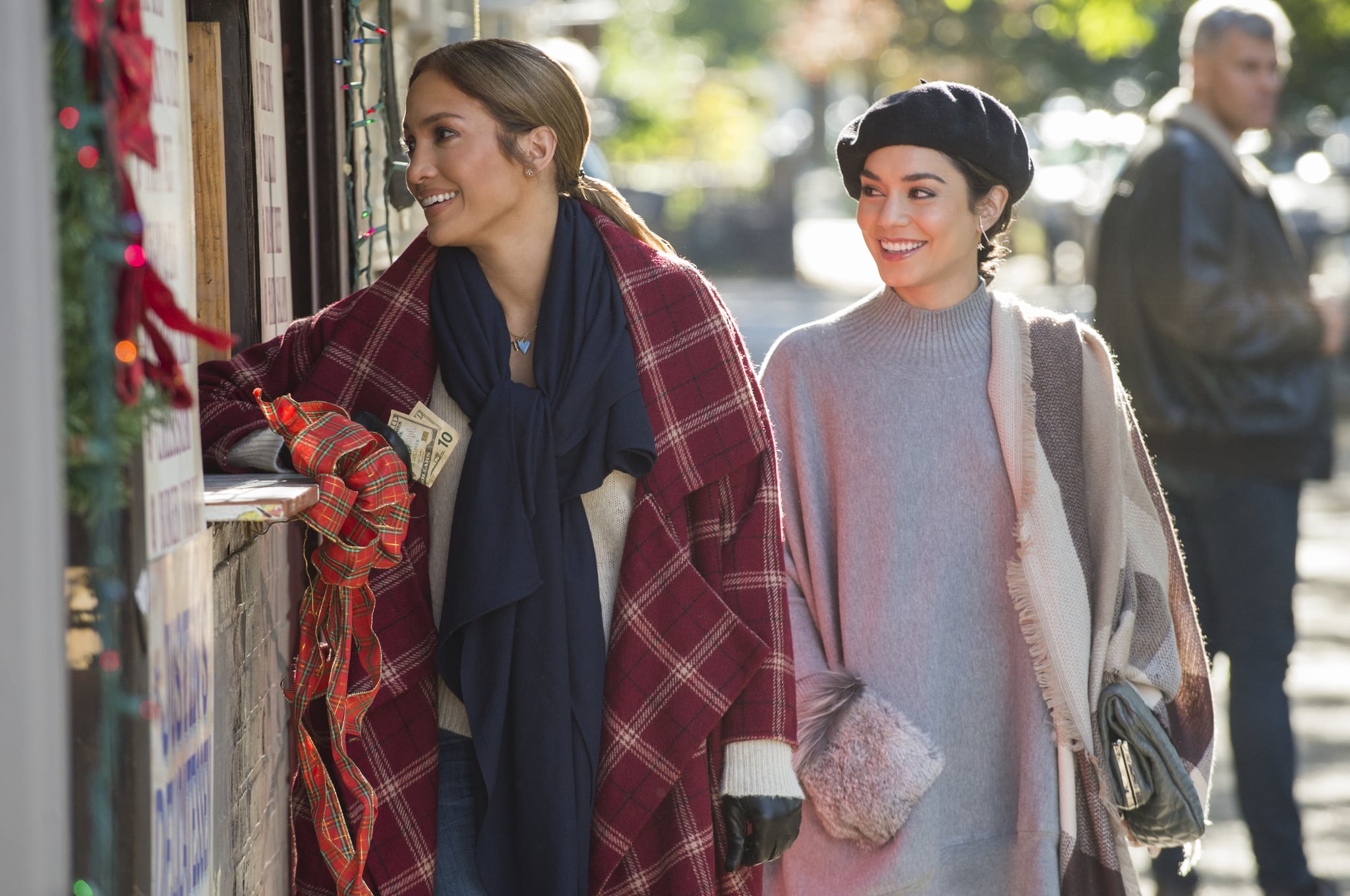 Vanessa Hudgens might be best known for her role in Disney Channel’s High School Musical, but these days, she’s emerging as a leading lady in romantic comedies. In addition to starring in Dog Days and Netflix’s The Princess Switch earlier this year, the actress stars alongside Jennifer Lopez in Second Act. The film isn’t your typical girl-meets-guy rom-com, though. Instead, the story is about a woman named Maya (Lopez) who gets a second chance to fulfill her career ambitions and winds up making all of her dreams come true in the most unlikely way.

Ahead of the film’s release on Dec. 21, I had a chance to talk with Hudgens, who plays one of Maya’s coworkers, Zoe, in the film. In addition to gushing about working with “the OG” of rom-coms, Hudgens also discussed the importance of setting good examples of women’s relationships in film, the power of the romantic comedy, and Second Act‘s shocking twist.

Warning: spoilers for Second Act ahead.

POPSUGAR: I really loved the movie’s twist — that Zoe ends up being the daughter Maya gave up for adoption. What was your reaction when you found out that you would be playing Jennifer Lopez’s daughter? Did you know when you first got the role?

Vanessa Hudgens: I was approached with just, “This part is Jennifer Lopez’s daughter,” so they completely ruined the surprise for me [laughs]. But as I was reading the script, I was really excited about it because I’ve been a fan of Jennifer’s for so long, and I feel like she’s the OG of rom-coms, so I was just excited that she was doing another. And then when I read the script and realized it was so much more than just that — it had self-empowerment, second chances, and really big themes — I was so excited about it.

PS: Definitely! And that’s one of the things that I really loved about this movie. It wasn’t the classic rom-com of “the girl gets the guy.” It was more about the girl chasing her dreams and also reconnecting with her estranged daughter. One thing I really loved about Maya and Zoe’s relationship was that even though they were competing against each other at work, they were still super supportive of each other, which I think is really important to see with women on screen.

VH: Yeah, totally. It’s so important to set good examples in film of women’s relationships. I feel like a lot of times it’s portrayed as catty or extremely competitive. But I feel like this [movie] is really incredible for taking a step back from that cliché and showing how women can have healthy competition and still support each other. We are all victorious together. It’s not one against the other.

PS: Like you said, Jennifer has done so many iconic rom-coms over the years, and you’ve been in a few yourself this year. Did you learn anything from her, in particular, while filming?

VH: She is just one of the hardest-working women I’ve ever met. It’s really inspiring because a lot of times you just see the end results of all of her hard labor, but being able to be there with her and seeing her through that process is just very inspiring.

PS: Was it super surreal getting to work with her after being such a big fan?

VH: Yeah. I mean, she’s such an icon. I would find myself just staring at her because she’s so gorgeous, and I would have to remind myself to stop staring [laughs]. 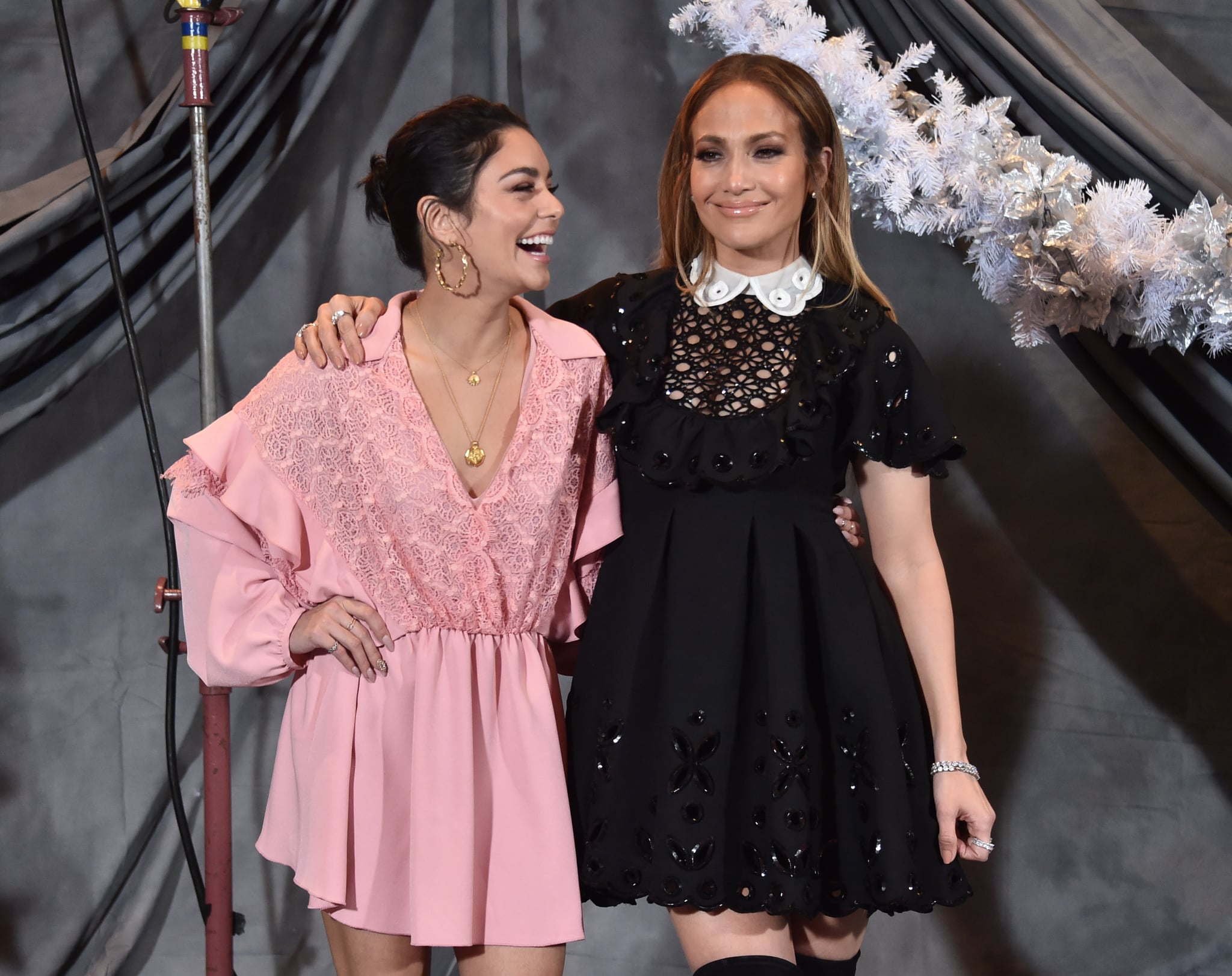 PS: Do you have a favorite Jennifer Lopez movie of your own?

PS: There has been a huge resurgence of the rom-com genre this year with so many great movies, including a few of your own. Why do you think rom-coms are so much more popular now?

VH: The world’s a crazy place. We all need a little bit of escapism and a break from reality and to enter a world of fantasy. Also, this film, I know after reading it and watching it, it really allows for self-reflection, which I think is such an important thing to do constantly.

PS: The central message of this film is overcoming obstacles and chasing your dream. You’ve been in the spotlight since you were very young. Was there a specific moment in your career when you overcame an obstacle that was especially rewarding?

VH: I feel like all the time, still, to this day. A lot of times, the parts that you want are the parts that you have to fight for. They’re not the things that are necessarily just handed to you, but it makes it that much more rewarding when you do get it. 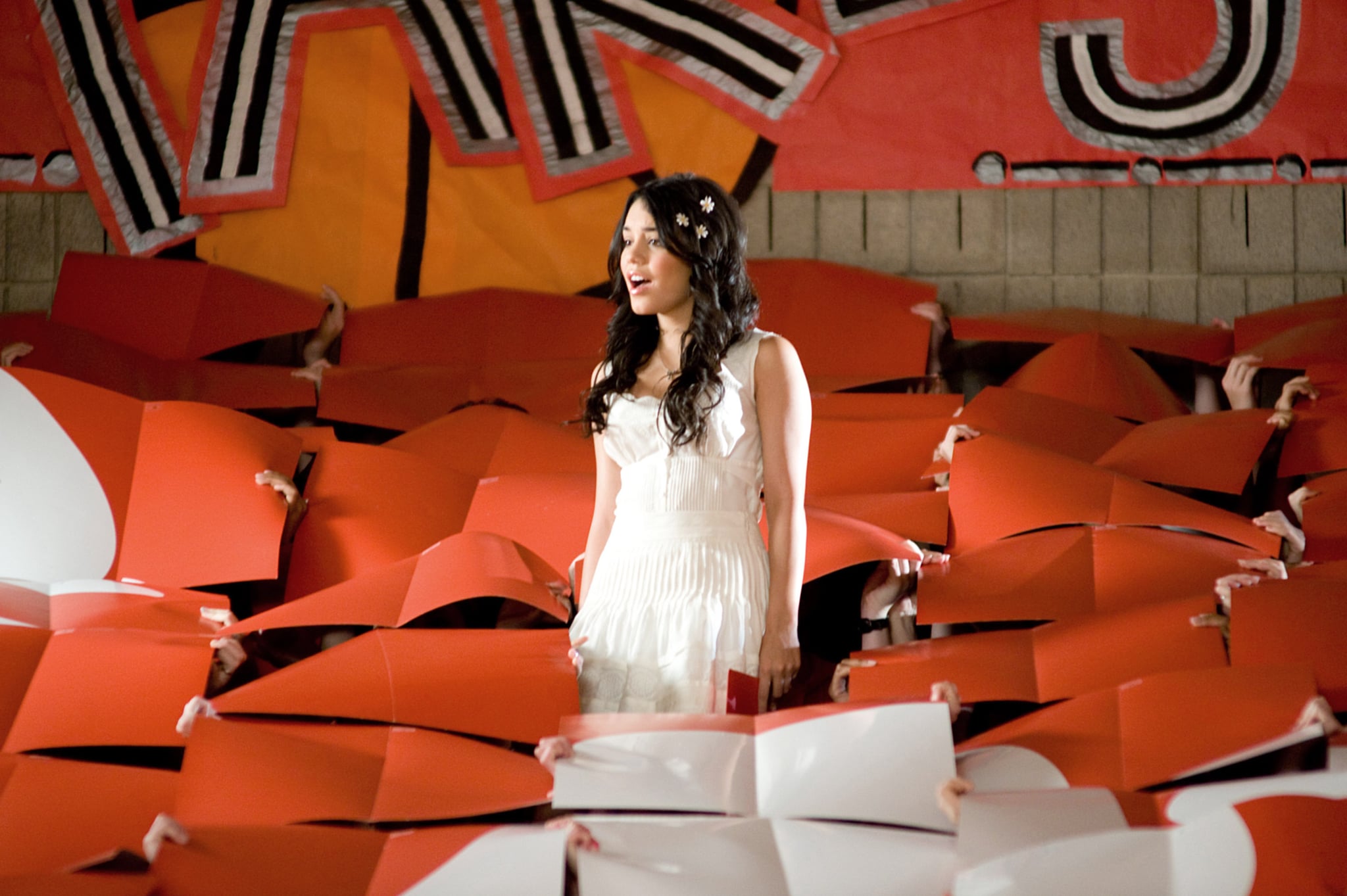 PS: Speaking of the beginning of your career, Disney Channel’s High School Musical is now getting turned into a TV series. As one of the original cast members, do you have any advice for the actors who are going to be in the TV reboot?

VH: Have fun. Just have fun. We just had the best time making High School Musical. We didn’t have any expectations. We just told the story and had a great time. So have fun. And work hard.

PS: What does that mean to you that people still love High School Musical so much after all this time?

VH: It’s crazy. It’s really cool that I got to be a part of something that is holding the test of time. The fact that kids are still watching it, and it’s been like a decade that it’s been out, is insane to me, but it’s really incredible. I remember watching West Side Story for the first time and being so inspired by it and falling in love with musical theater. So hopefully it’ll inspire kids everywhere to follow their dreams.