It beats plastic devil horns! Witty party-goers show off their pun-tastic Halloween costumes on social media (so how many do you recognise?)

For many, dressing up for Halloween means a last-minute costume involving cutting holes in a white bed sheet or putting on a pair of cat ears.

But for others, the spooky season is the perfect time of year to truly show off their creativity and wit through incredible costumes.

While one Twitter user dressed their family up as the Grapes of Wrath, complete with balloons and scythes, another went as ‘Plant Parenthood’ – her spin on Planned Parenthood – by carrying a potted plant in a baby sling.

Here,  FEMAIL showcases some of the best efforts shared on social media over Halloween 2018… 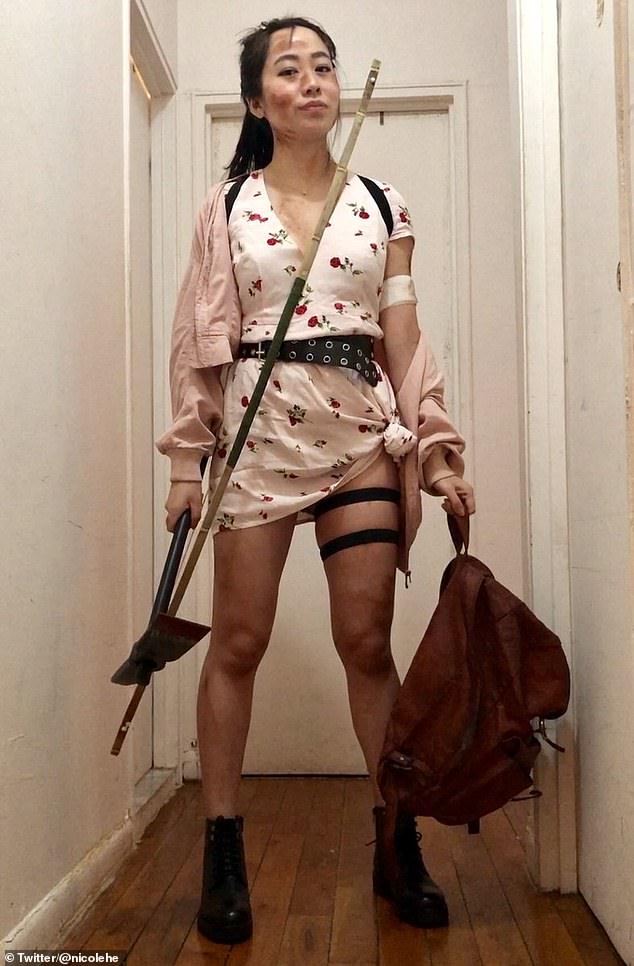 Programmer and artist Nicole He, who lives in Brooklyn, New York, combined her love of the main character from the new Netflix movie To All The Boys I’ve Loved Before, Lara Jean Covey, and Lara Croft from Tomb Raider for this costume. She dubbed it ‘Lara Jean Croft: To All The Tombs I’ve Raided Before’ 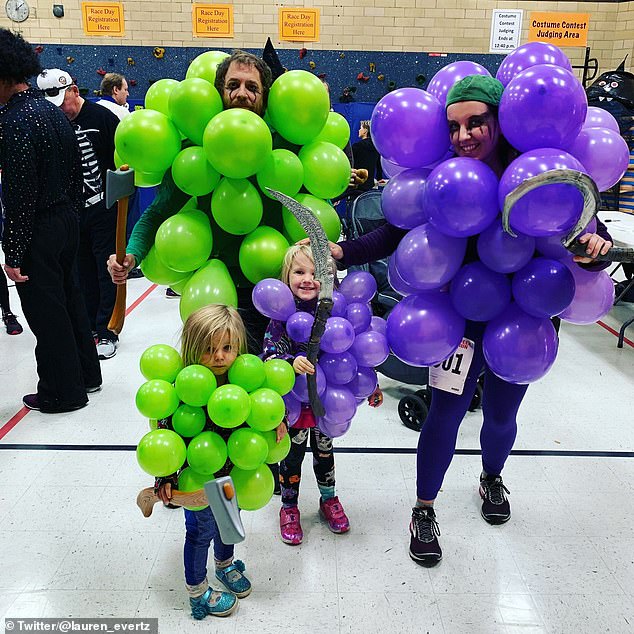 Lauren Holman, from Minnesota, took inspiration from the book Grapes of Wrath for the costume her family wore to a 5km run in Anoka 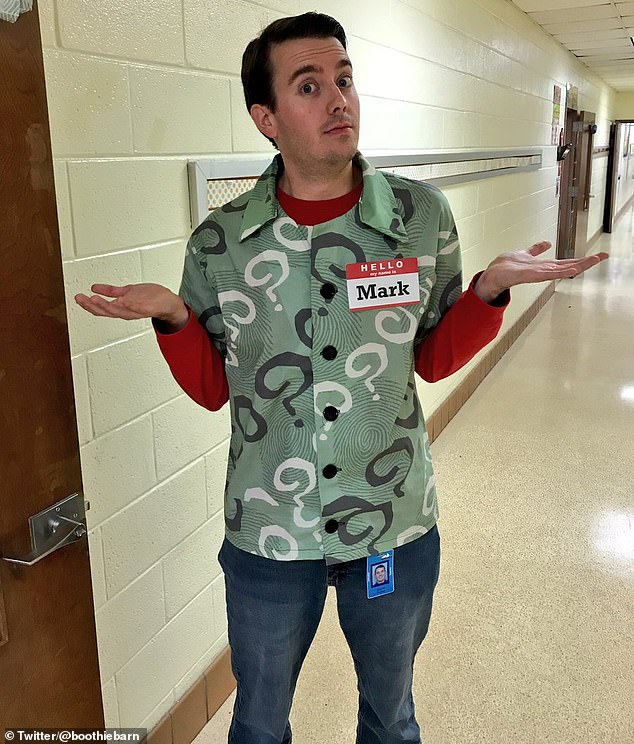 Dave Taylor, a teacher from Maryland, went to his school’s Halloween carnival as a question mark, complete with printed shirt and name tag 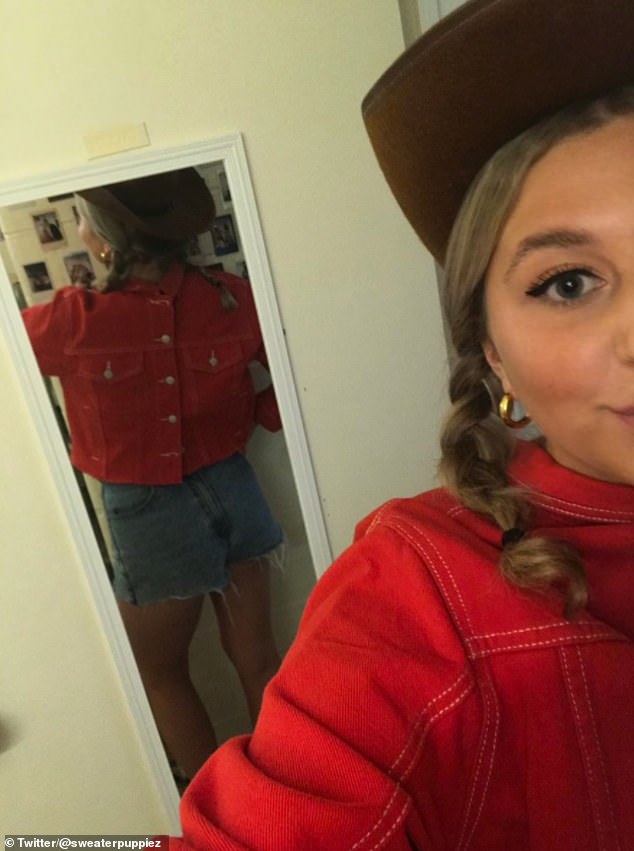 New York-based Shelby Sells shared this photo of her sister dressed up as a ‘reverse cowgirl’, with both her shorts and jacket on backwards 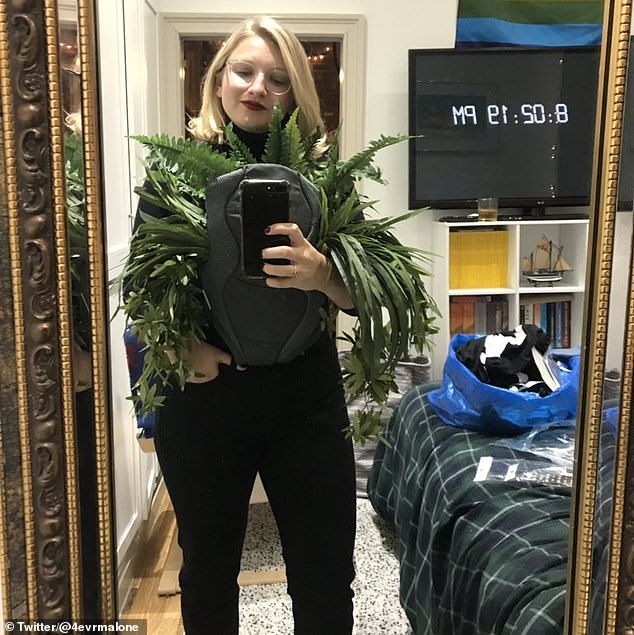 Madison Malone Kircher, the associate editor for the New York Magazine, dressed up as ‘Plant Parenthood’ with a baby carrier and plant 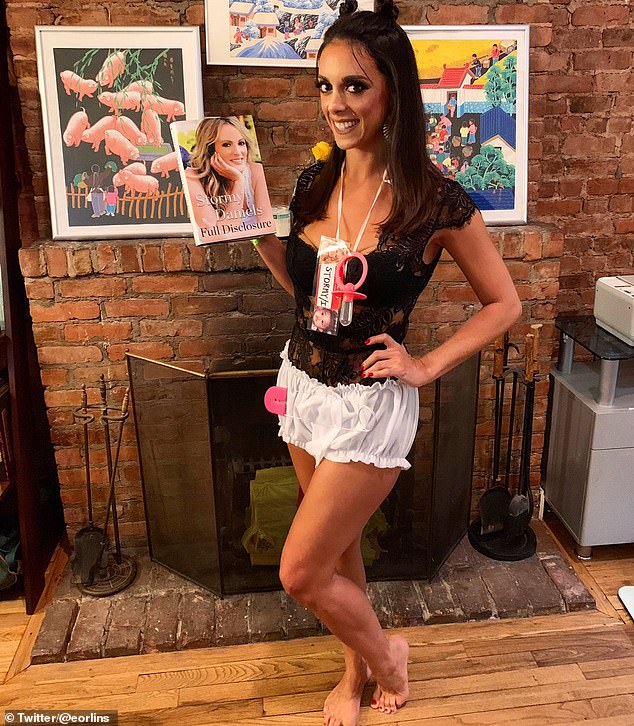 Lawyer Eliza Orlins, from New York, played off two of the biggest stories of the year with her Stormy Daniels/Stormi Jenner crossover costume 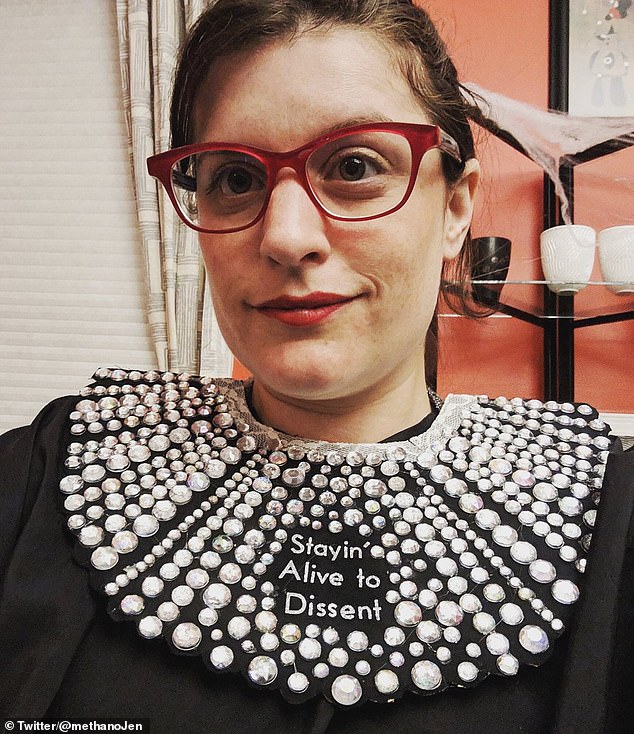 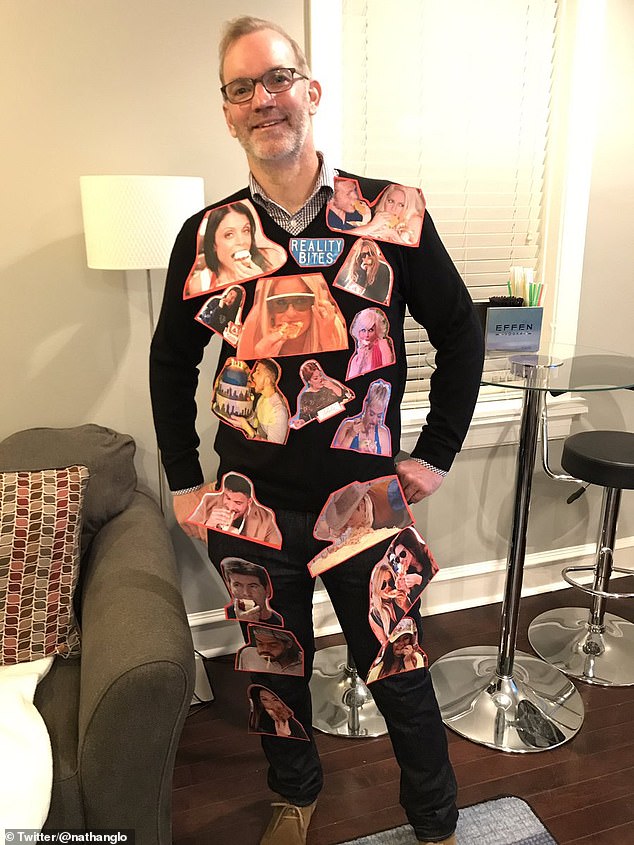 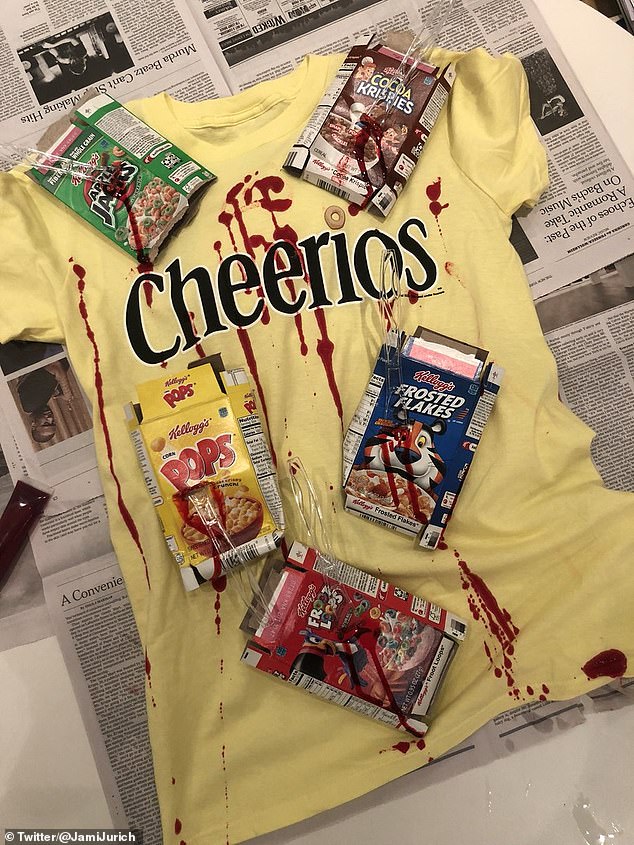 Jami Jurich, from New York, became a cereal killer with this blood-covered costume 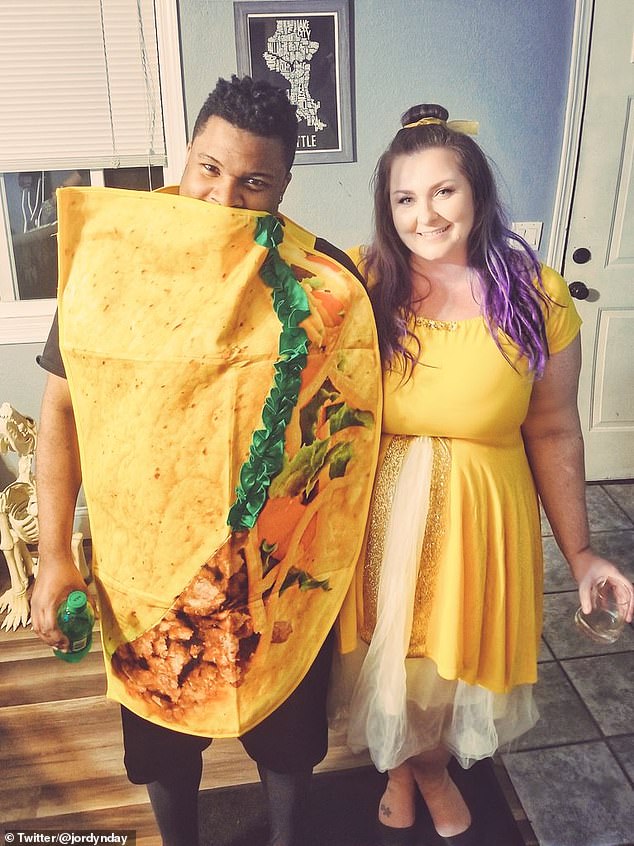 Jordyn Day, a singer from Seattle, combined Beauty and the Beast with fast food for this Taco Belle costume