And you thought YOUR hangover was bad! Red-faced employees share their toe-curling Christmas party stories – including a man who performed a lap dance for the HR director

After a long year of working hard, there’s nothing quite like relaxing with your colleagues at the office Christmas party.

A chance to unwind, for many it will be the first time opportunity to properly let your hair down around your boss.

But the free booze and merriment can get the better of some who may struggle to look their co-workers in the eye come Monday morning.

From puking in the water fountain to giving a member of HR a lap dance, there’s plenty that can go wrong, as proven by this hilarious new Twitter thread.

Here, Femail shares some of the most amusing and disastrous Christmas party encounters, that are sure to make yours look tame… 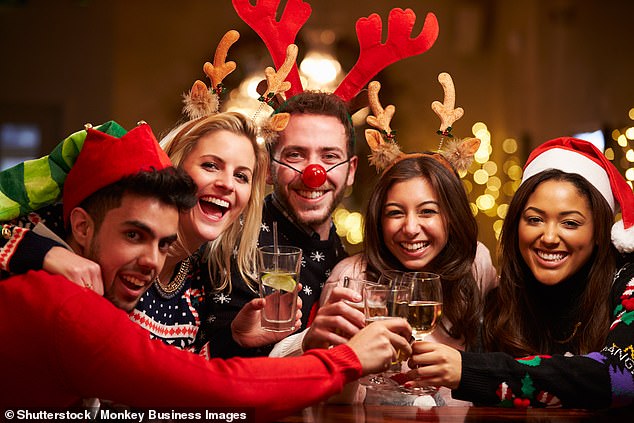 Alyssa Rose, from San Diego, California, revealed that one worse-for-wear co-worker threw up in the water fountain, leading to an investigation dubbed ‘vomit-gate’

Claire Davies, from Australia, revealed their friend was told off by the CEO of his company after giving an impromptu lap dance to a colleague

Lewis Goodwin, from Cheshire, had a few too many and decided to strip during a round of golf 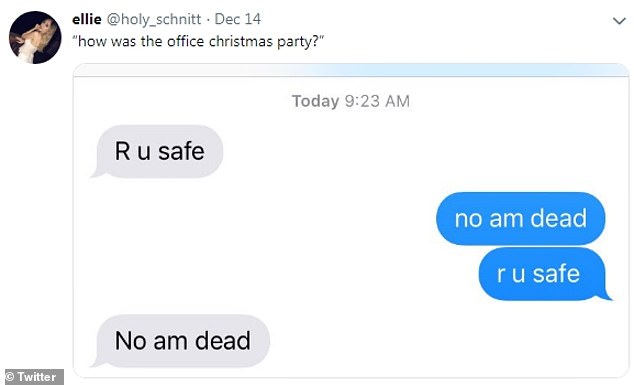 Mary Hitchman, from Oxford, shared a poem about being too hungover to function at work the next day

Kori Denning tried to get herself in the good books by joining her CEO, CFO and COO in spikeball

This Twitter user, from London, shared her work party’s Mean Girls moment when they realised the woman giving it her all at karaoke was actually venue staff

Joe, from Fresno, California, had just two goals for his company Christmas party – not getting sued, and keeping the bar tab under £12,000

PC John Winter, from Brighton, spotted a taxi he had given a warning to for speeding and driving the wrong way around a roundabout the night before. He chose to wait for another one

After puking at his Christmas part Rob, from Canada,  was concerned that he would be shown the door but fortunately for him HR saw the funny side

Mike, from London, admitted that he ended up repeating himself on several occasions