TOM UTLEY: I was bereft in our empty nest when our youngest left home – but wear my son’s underpants like Gordon Ramsay? That’s just creepy

There I was, thinking myself the world’s wettest dad for feeling the pangs of Empty Nest Syndrome when the youngest of our four boys started at uni, leaving us alone in the house for the first time since the birth of our eldest 26 years earlier.

But now it seems that even the most macho of men can suffer this same aching sense of hollowness and loss when their young leave home. 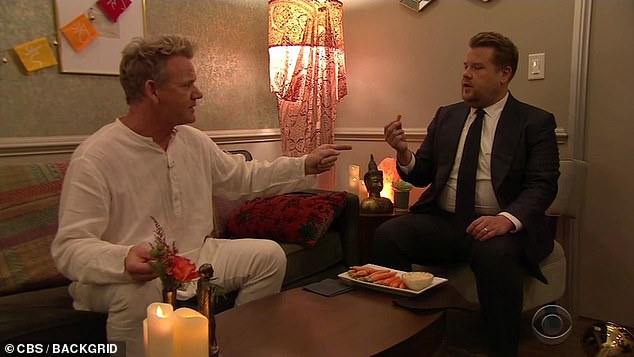 This week, the country’s most foul-mouthed and belligerent chef admitted on an American chat show that he’s been going through emotional agonies since he packed off his 18-year-old son, Jack, to begin his course at Exeter

This week, the country’s most foul-mouthed and belligerent chef admitted on an American chat show that he’s been going through emotional agonies since he packed off his 18-year-old son, Jack, to begin his course at Exeter.

Indeed, Empty Nest Syndrome appears to have affected him in the strangest and — dare I say it? — creepiest of ways.

As he told viewers of James Corden’s Late Late Show: ‘I went upstairs to Jack’s bedroom last weekend and I opened the door. His socks and pants are there, and five minutes later I am wearing them . . . I put them on and just sat on the bed thinking, damn, bud, I miss you — seriously.’

Let’s just say that my Harry’s flight from the family nest didn’t take me in quite the same way. But how well I remember the autumn morning seven years ago when we said our goodbyes.

The previous evening, we had driven him to Sheffield in a car crammed with luggage, books, a computer and stereo equipment. After dropping him at his digs, Mrs U and I went off to a B&B, telling him we’d treat him to a farewell lunch before driving home the next day. 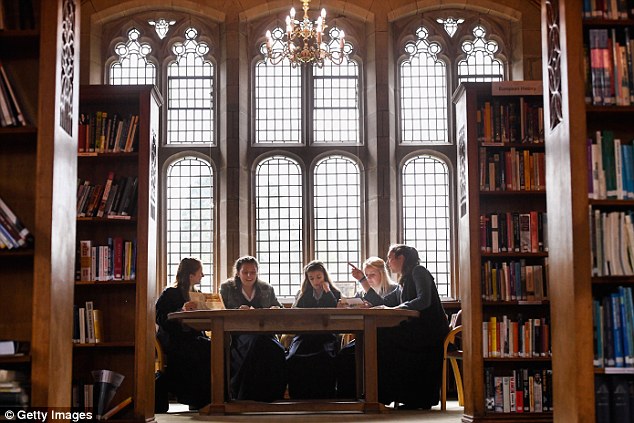 Let’s just say that my Harry’s flight from the family nest didn’t take me in quite the same way. But how well I remember the autumn morning seven years ago when we said our goodbyes

But when we caught up with him in the morning, he was surrounded by his new flatmates and clearly desperate for us to leave him to start his new life.

As I noted here at the time, we took the hint, scrapped the lunch idea and, anxious not to embarrass him with any display of emotion in front of his new friends, we said our very British farewells. Everything we had wanted to say went unsaid: how much we loved him and would miss him, how proud of him we were and how sure he’d have a grand time at Sheffield.

Instead, his mother kissed him on the cheek, while I gave him a manly slap on the back and said: ‘Bye, old chap. Good luck.’

But I remember best the drive home to London as we embarked on this new phase of our life — alone together for the first time in more than a quarter of a century and returning to an empty house.

As I recorded in 2011, in the car on the way home Mrs U put on the first CD that came to hand, which happened to be the sublime Joni Mitchell’s Wild Things Run Fast. It couldn’t have been a more appropriate choice to reflect her feelings. 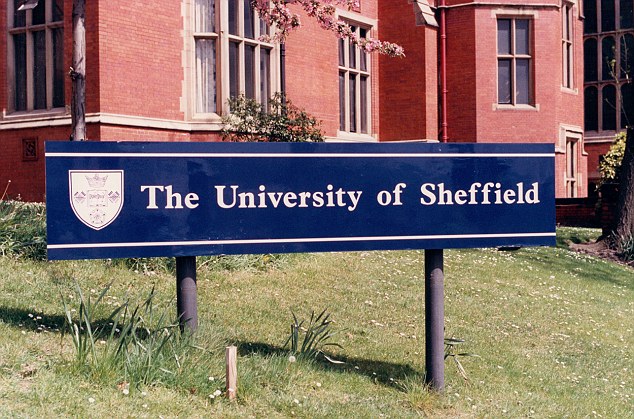 We had driven him to Sheffield in a car crammed with luggage, books, a computer and stereo equipment

But the full force of Empty Nest Syndrome didn’t hit me until the following days at home, when everything seemed so quiet and strange.

For the first time in an age, every room was immaculately clean. The dishwasher and washing machine stood idle for days. We bought milk one pint at a time, instead of a minimum of four.

There were no fights to break up. There was no stumbling downstairs in the morning to find the house strewn with strange teenagers, slumped asleep on floors and sofas after one of the boys’ nights out with his mates. It was all very eerie and unsettling.

But, no, though I missed Harry terribly in those early days, I never felt remotely tempted to mope in his bedroom — let alone to slip on his underpants or any socks he might have left behind.

It sounds as if Ramsay is afflicted even worse than I was. And the remarkable thing is that the nest he shares with his wife Tana isn’t even empty of young.

True, three of their four children have taken flight — with Jack at Exeter, twin sister Holly in university halls in London and Megan, 20, studying psychology at Oxford Brookes. But they also have a 16-year-old daughter, Matilda, who as far as I’m aware remains on the family premises. Indeed, her dad says he now hopes she will stay at home until she is 25.

All I can say is: be careful what you wish for, Gordon. If my experience is any guide, the worst of Empty Nest Syndrome wears off after a couple of weeks, to be supplanted by a delicious sense of freedom and calm. 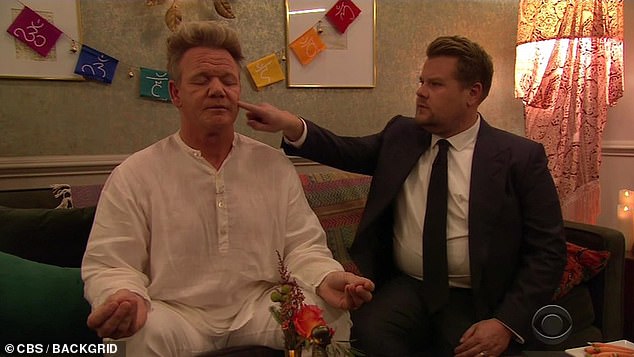 All I can say is: be careful what you wish for, Gordon. If my experience is any guide, the worst of Empty Nest Syndrome wears off after a couple of weeks, to be supplanted by a delicious sense of freedom and calm

You’ll appreciate being able to watch what you like on TV, without having to wrestle for the remote with a teenager who wants to stick with the football when a costume drama is starting on the other side. (OK, I guess you’d want the football — but you get the idea).

You’ll also be able to cook whatever you fancy at home, without having your diet dictated by a fussy teenager. In my case, it was a joy to have mushrooms and green peppers back on the menu when Harry headed north.

So my advice to Mr Ramsay is that he should enjoy it while he can. For in those wise words of the great Joni Mitchell: ‘Nothing lasts for long.’

If his lot are anything like mine, they’ll be back before he knows it, messing up the house, dictating the menu, hogging the remote and leaving wet towels on the floor as if they’d never gone away. Then he’ll look back and pine for a return to that brief time when the nest was empty.

Indeed, no sooner had Harry finished his Sheffield course than he was back at Utley Towers. And there he remains to this day, aged 25, with every appearance of being a permanent fixture. Like so many of his boomerang generation, in these days of astronomical house prices and rents, he can only dream of affording a place of his own.

To be fair to him, he’s not all that much trouble. He’s become semi-domesticated with the passage of the years, cooking the occasional divine curry and just once in a while hanging up his towel after a shower. Better still, he’s learned not to attack me for my Conservative opinions or my support for Brexit, accepting philosophically that he’s never going to convert me into an admirer of Jeremy Corbyn or Jean-Claude Juncker.

Don’t tell him I said this, I beg you, but there have even been moments when I’ve been pleased to have him about the place. 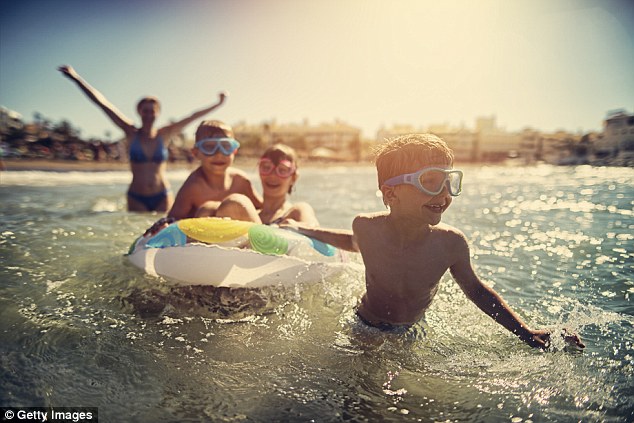 To be fair to him, he’s not all that much trouble. He’s become semi-domesticated with the passage of the years, cooking the occasional divine curry and just once in a while hanging up his towel after a shower

But, oh Lord, just two nights ago Mrs U dropped a bombshell that has sent me reeling. She casually remarked that our 27-year-old — by far the most zealous Corbynista of the four — has suffered some glitch in his flat-sharing arrangements and plans to move back home. He’s expected today.

So I suppose I must just strap on my tin hat and prepare to be lectured ad nauseam about the evil of my old-fashioned Tory opinions.

Never mind that throughout history, every experiment in hard-Left socialism has ended in poverty and misery. In dear Johnny’s view, everything will be glorious when Comrade McDonnell is in charge of the nation’s purse strings, merrily running up the country’s overdraft and transferring ever larger amounts of cash from those who earn it to those who don’t, while Jeremy throws tea parties for Palestinian terrorists next door at No 10.

Hang on, though. Mr Ramsay has given me a brilliant idea. Perhaps I should start moping around the house in the boys’ underwear. That’ll scare them off the premises, if anything will.

Does your pet need a Covid vaccine?
We and our partners use cookies on this site to improve our service, perform analytics, personalize advertising, measure advertising performance, and remember website preferences.Ok