Anyone who has pizza and board game nights can now make them more… pizza-y. A pizza edition of Monopoly has been released, in which players buy pizza rather than real estate. Also, everything is shaped like pizza and it comes in a pizza box. Obviously.

As reported by PopSugar, in this version of Monopoly, players collect various pizza toppings, from pepperoni to mac and cheese, and whoever has the most pizza at the end of the game, wins. Instead of the classic tokens, these ones are pizza-themed and include a cheese grater, cheese shaker, pizza slicer, pizza chef, pizza on a paddle, and delivery bike. When you open the box, it even looks like you’re opening a pizza because, when put together in the top of the box, the cards form a pizza. According to the description of the game on Amazon, "With chance and community chest cards, players can become pizza connoisseurs, or try something fun such as entering a pizza-making contest."

Like the regular Monopoly game, this one is suggested for ages eight and up, so it’s not a version of Monopoly Junior, which is easier for younger kids. As pointed out by PopSugar, the game is available at Amazon and Walmart. At both stores it costs about $20. 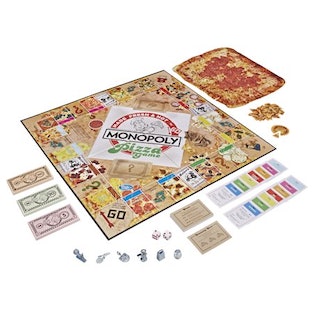 There have a been a ton of special versions of Monopoly over the years, and Pizza Monopoly is not the first food-themed one. The Monopoly Fandom site has a list of different editions of Monopoly, including 13 food ones, like M&Ms, Hershey’s, and two versions of Coca-Cola. There’s also a Bob’s Burgers Monopoly available currently and, to get back to pizza, at some point there was a Papa John’s Monopoly-style game produced called Papa-opoly, because there is one available on eBay for $125. Some of the different versions of the game are able to use the actual Monopoly logo and features licensed by Hasbro, but there are plenty of Monopoly-like games that aren’t actually official, too. 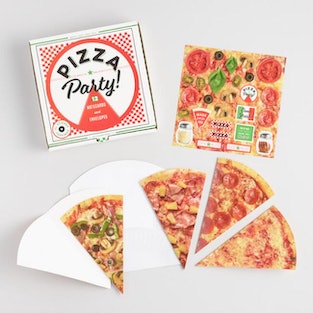 Like Pizza Monopoly, these come in a pizza box. They also include a variety of slices — cheese, pepperoni, veggie, and Hawaiian — and a sticker sheet. 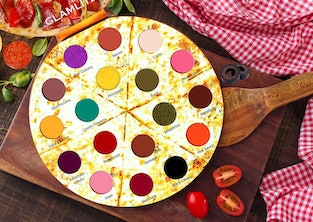 This eyeshadow palette features 18 colors named after pizza toppings, like pineapple, jalapeños, and pepperoni. It sold out very quickly the first time around and is currently available for pre-order. 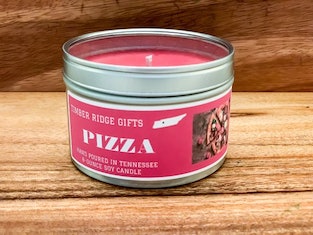 Apparently, this candle for sale on Etsy smells like pizza, which is sort of nauseating to think about, but also intriguing. 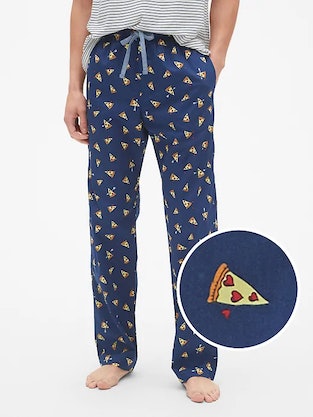 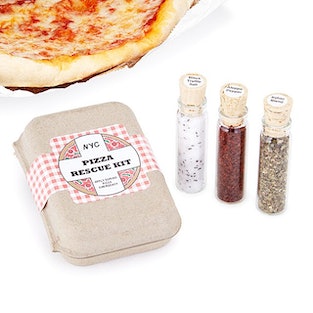 This Pizza Rescue Kit is meant to help out whenever you come across and not-so-great slice. It includes Aleppo pepper, Italian herb blend, and black truffle sea salt.

There are so many options out there when it comes to pizza… well, anything, so whether you’re a board game person or a "carry tiny vials of spices around" person, there’s something for you.