The premiere episode of the final season of Game of Thrones caught fans up with all of the main characters in the show… except for one very important absentee. The Night King still has yet to make his Season 8 debut, but he is obviously going to shake up Westeros like never before once he does appear. While we know that the Night King is launching a war on humanity, we still do not really know specifically what he wants. Apparently, he has a target, and a new Game of Thrones theory claims that the Night King is after Jaime Lannister. You thought his target would be Jon Snow or Daenerys Targaryen, right? This theory makes a strong case that Jaime might surprise everyone and become one of the most important characters in the final season.

Spoiler alert: This post contains spoilers from the Season 8 premiere episode of Game of Thrones. Fans have been guessing about what will go down in the climactic battle between Westeros and the Night King’s army for years now, but a recent comment made by the actor who plays the Night King is spurring even more specific fan theories. Vladimir Furdick revealed to Entertainment Weekly last month that the Night King has a single target that he is trying to kill:

Although Furdick seems to be hinting that Jon Snow is the Night King’s target in that interview, and most viewers of the show would naturally assume that the Night King’s primary goal is likely to kill Jon Snow, superfans know that Game of Thrones will never go in a predictable or expected direction. That is where a new theory that has popped up on Reddit comes in, claiming that the Night King is actually targeting Jaime Lannister.

So, why Jaime Lannister of all people? Well, first of all, the Night King has already had ample opportunity to kill both Jon Snow and Daenerys Targaryen as both have traveled north of the Wall, but the Night King is bringing his armies south to track down someone that he has not come face to face with before.

The second part of the theory claims that Jaime Lannister is likely Azor Ahai, the prince who is destined to defeat the White Walkers and end the Long Night. The Game of Thrones fandom has been particularly obsessed with trying to predict which character will be revealed as Azor Ahai, with both Jon and Dany being the most obvious-seeming candidates, but there is a strong case to be made for Jaime as Azor Ahai as well. Most notably, Jojen Reed’s right hand sparked up in flames when asked how the Long Night would end, which seems to be a reference to Jaime’s golden hand. 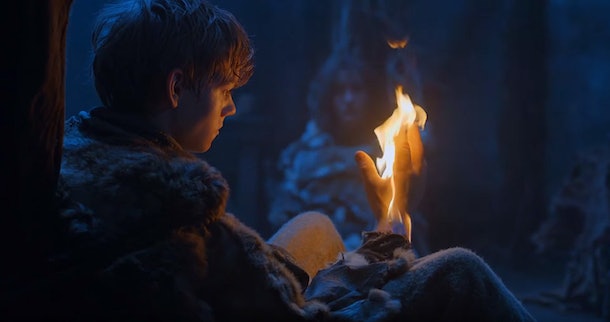 It also seems important that Bran welcomes Jaime back to Winterfell by calling him "old friend," rather than reacting with anger at seeing the man who crippled him. Bran might already know that Jaime is Azor Ahai, and that is why he is intent on helping Jaime rather than being at odds with him.

Now that Jaime is in Winterfell and the Night King’s army is almost there, we will see if this theory proves to be true or not in just a matter of days.