Gene Goh was stuck on the runway at Changi Airport in Singapore, waiting for a Scoot budget airline flight to take off for Osaka in Japan. 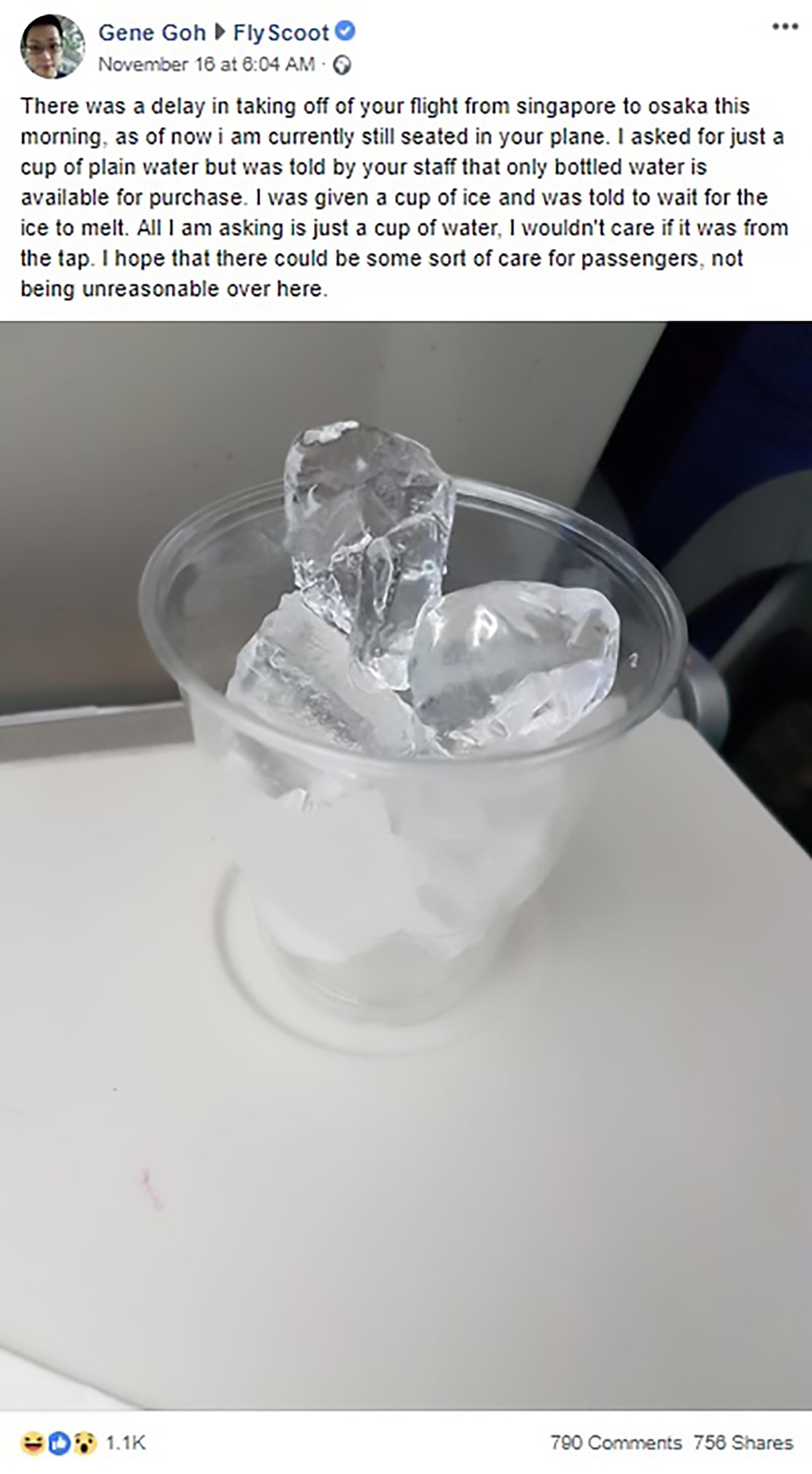 He asked a flight attendant for a drink of tap water but was told that only bottled mineral water was available and he was not prepared to pay.

Mr Gene said: "I was given a cup of ice and was told to wait for the ice to melt.

"All I am asking is just a cup of water, I wouldn't care if it was from the tap. I hope that there could be some sort of care for passengers, not being unreasonable over here."

The frustrated passenger shared a photograph of his cup of ice on Facebook – but if he was hoping for sympathy, he was in for a disappointment. 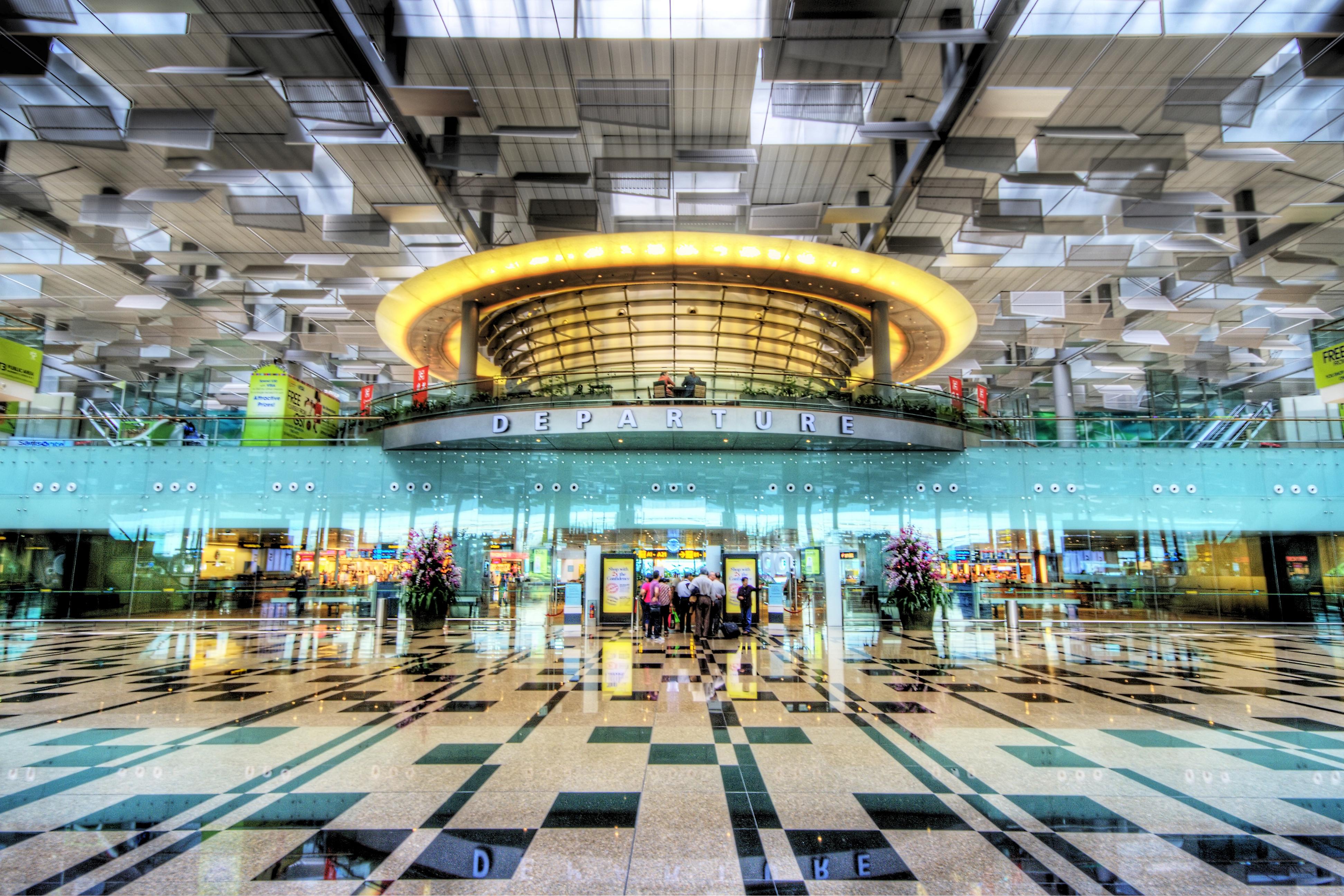 The passenger was trolled on social media by other users, who accused him of being cheap.

Another user called Alfred Chen agreed, calling Gene a "Typical cheapskate," while 'another commenter added: "You’re lucky to get a cup of ice… and it’s free! Be thankful."

Others suggested the flight attendants should have charged him for the cup.

Changi Airport, one of the largest transport hubs in Southeast Asia, has been rated the world's best airport by Skytrax for the last six years.

This Christmas, it has teamed up with Warner Bros in Singapore to transform its airport terminals into life-sized recreations of places made famous in the Harry Potter and Fantastic Beasts book and film series.