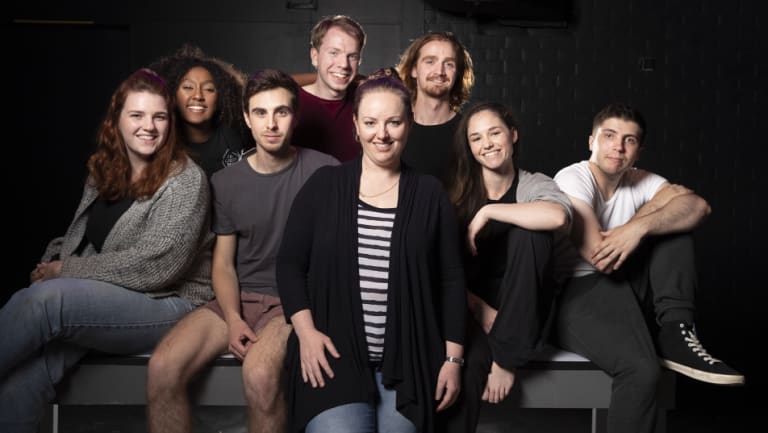 Ah, theatre! The smell of the lights, the taste of the greasepaint! In an increasingly fascist world going up in literal and metaphorical flames, there’s nothing better to distract us from the futility of superannuation contributions than some light and pleasant art.

But if we're not in need of some cheerful relief? Then there’s the timely, impassioned Revolt. She Said. Revolt Again.

Light and pleasant isn’t what this play is about, and it’s better for it. Playwright Alice Birch is adept at turning sadness into success – and by success I mean resounding critical acclaim.

Birch's 2011 debut Many Moons explored sexual abuse, and most recently she won the coveted Susan Blackburn Prize in the US for 2017’s Anatomy of a Suicide, a meditation on inter-generational grief. What I’m saying is, this dame has some chops. 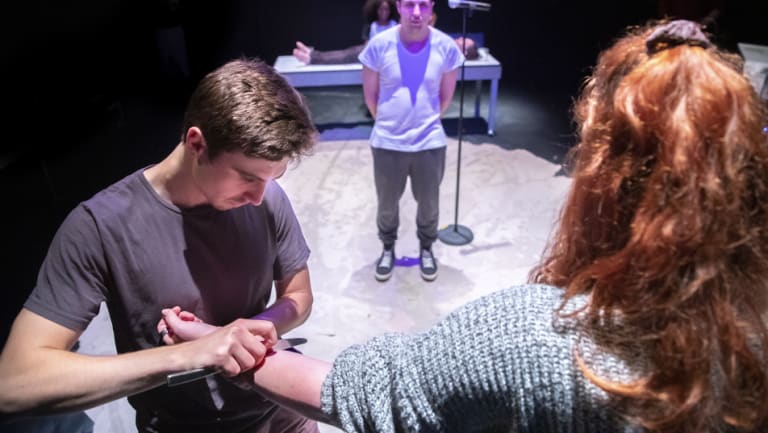 In keeping with her other meaty offerings, Birch’s Revolt. She Said. Revolt Again – written in 2014 – is a charged, passionate deconstruction of embedded patriarchy, global power and social dynamics, and the un/conscious use of language to constrict or liberate.

It's particularly fitting that this piece is being delivered by The Street Theatre's pre-professional program, a talent development pilot for The Street’s fledgling cohort. Optimism and potential seep through the barely visible pores of the hand-picked emerging actors: Damon Baudin, Bronte Forrester, Ash Hamilton-Smith, Hiyab Kerr, Hayden Splitt and Anneka van der Velde.

Aged 18-27, they’re debuting when feminism has supposedly been and gone; but also when the gender pay gap persists, domestic and family violence is grossly gendered, and elected officials at home and abroad sexually assault women. The young cast is rightfully incensed, and in the case of 18-year-old Hiyab Kerr, becoming more so every day.

“It’s made me question a lot – like, a lot. I was so mindblown. [Revolt] explodes in your face," Kerr says.

The troupe is in safe hands with director Karla Conway, who is comfortable with the uncomfortable. A Canberra theatre stalwart, she has directed multiple award-winning productions and was immediately drawn to Revolt.

“From my first reading of the opening scene … I knew I had to direct this play,” Conway says.

She's not just directing. As the program lead, Conway was responsible for what was effectively a six-month dramatic bootcamp, transitioning the young actors to the professional side of performance. It meant she became acutely conscious of the cast’s strengths and weaknesses, as well as her own.

Conway was “stretched” as she worked to offer her students multiple, distinct directing styles. After a gruelling six months of training, the company began to plan its performance – and only then was Revolt “retrofit” to the cast. 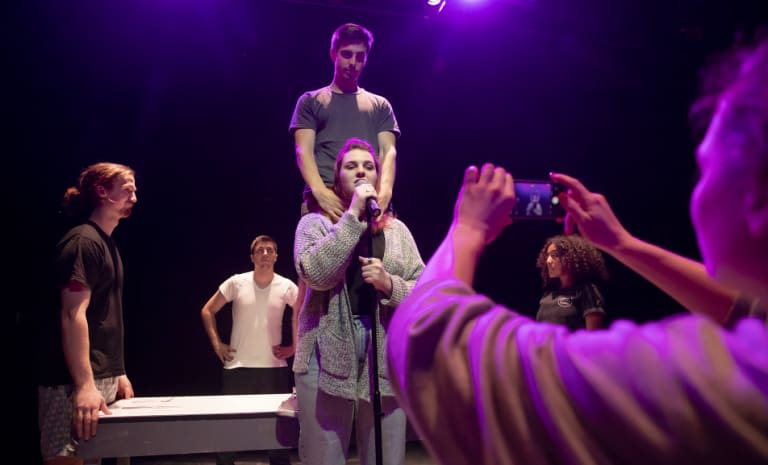 Actors from The Street’s pre-professional program rehearse ‘The Politician’, a scene from new production ‘Revolt. She Said. Revolt Again’Credit:Sitthixay Ditthavong

The play is the most confronting piece anyone in the cast has performed. Developing it has been challenging, and not just professionally.

“The actors have faced their own understanding of the things that they see in their world.

"It has been quite a journey for the boys – it’s literally pushed them to their limit on every level, tackling a work that they just do not feel comfortable with at any point.”

I had the privilege of lurking during a final rehearsal of Revolt, and what I saw was promising: the performance is raw, physical, and engaging. Conway’s staging exploits the intimacy of The Street’s barebones set and immerses audiences in controlled chaos. Simultaneously, the fourth wall is shattered, leaving us to question, what part am I playing in all this? Who’s feeding me my lines? And am I a bad feminist if I’m more threatened by my ex-boyfriend’s new girlfriend’s looks rather than her professional success?

Audiences can anticipate a performance unlike any other, including previous treatments of Revolt.

Conway and the young cast had to dive together into Birch’s tangle of unattributed dialogue to decide lines, delivery and intent. The script demands an uncommon level of investment from its performers and the actors are “accountable for the choices that they make.”

“It’s an exciting place to start an exploration from … everything’s possible and everything’s on the table," Conway says.

"[This work] is framed by the worldview of millenials, and for older generations, there’s something to be seen and heard from that.”

Tired of hearing about feminism and the gendered agenda all the time? #MeToo. But Revolt wants to ignite audiences with its cathartic exploration of an alternative world – the one we have to build ourselves.