Hector Angeles wasn’t born in the United States, but he didn’t know it.

For much of his life, his mother kept it a secret — until his citizenship status barred him from going to a new school.

“I remember going to my mom that day,” Angeles said, recalling how excited he was to tell her the good news. “She looked at me right in my eyes and said, ‘Mijo, you can’t do it. You’re not a citizen. You don’t have papers.'”

His parents had migrated to the U.S. from Tijuana, Mexico. At the time, he was 8 months old. 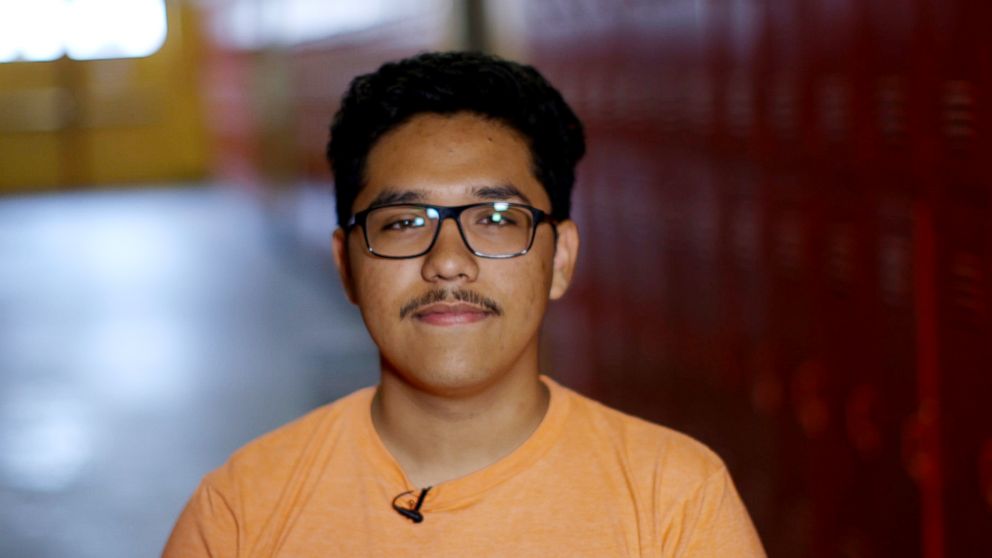 At first, Angeles, now attending the University of Houston, didn’t quite understand why he still couldn’t attend that school. But as his anger subsided, he realized he would have to change his perception of American identity.

“Soon I learned what I was. I learned who I was. I was an immigrant. I was brought here. I lived my entire life happy, thinking I could do whatever I wanted, and at that point it was all taken away,” the 20-year-old said.

As an immigrant, Angeles realized he wouldn’t be able to have a driver’s license, apply for certain scholarships or vote — privileges he’d always thought were guaranteed.

When President Barack Obama announced he was loosening deportation laws for young immigrants through the Deferred Action for Childhood Arrivals program, Angeles said it was a “beacon of hope.” The program would allow him to stay in the country and to study and work without the fearing deportation. After becoming a DACA recipient, he was able to get a scholarship for school.

“DACA gave me an opportunity to become what I want to be in life,” he said.

Then in 2017, President Donald Trump decided to terminate the program.

“We cannot admit everyone who would like to come here — it’s just that simple,” Attorney General Jeff Sessions said.

Soon after, Angeles decided to work with United We Dream, a national immigration organization whose chapter in Houston is canvassing the city to encourage people to turn out on Election Day. 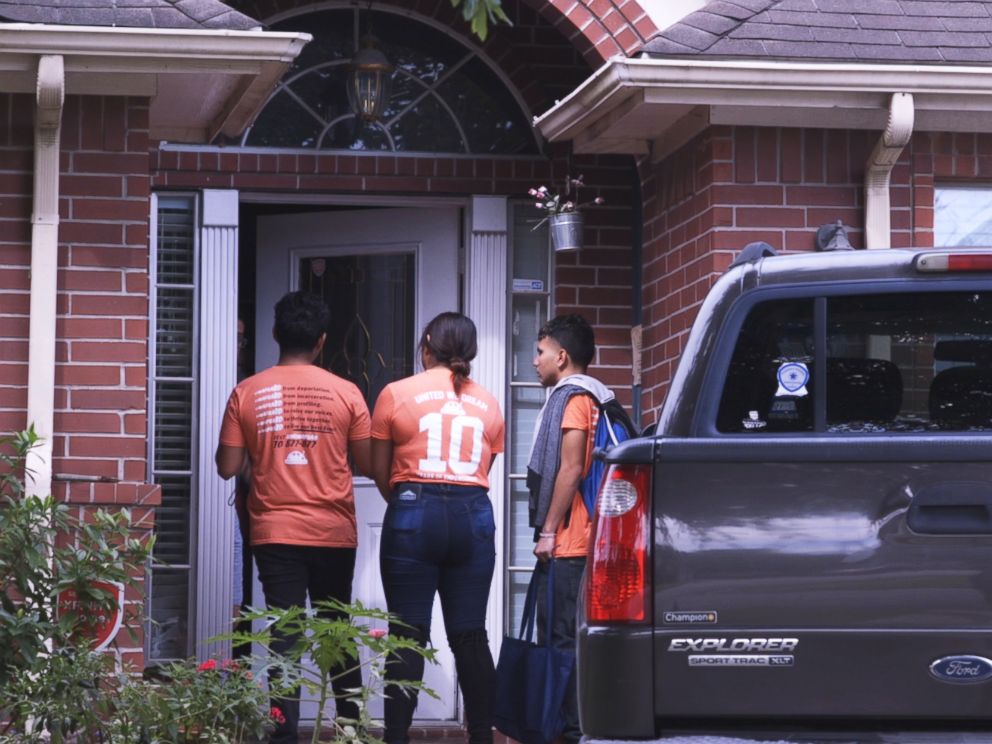 He spends his weekends and free time knocking on doors, telling residents his story and how important it is to vote. On a Saturday afternoon, a clipboard and flyers in hand, he set out to spending two hours canvassing.

His fate relies on those who casts ballots.

“A lot of you have the opportunity to go out and make change happen, so it is up to you, and everyone who is listening, to go out and be the voice for people who don’t have one,” he said.

Dennis Rivera, an undocumented college student at the University of Houston-Downtown joined Angeles as he knocked on doors. Unlike Angeles, he didn’t qualify for DACA.

Rivera, who immigrated to the United States six years ago with his family after escaping violence in Honduras, believes its important to share issues that are affecting his community.

“If there’s anyone who is thinking of not voting, I just want to tell them that their vote could decide my future,” the 20-year-old said.

They walked block by block and knocked on dozens of doors. They wore shirts that said “live unafraid,” the organization’s motto.

“Right now, the need for us to completely live unafraid, for our families to live without the fear of being stopped by the cops, arrested and eventually find their way into deportation, is really necessary,” said Damaris Gonzalez, a organizer with United We Dream.

Gonzalez, also a DACA recipient, believes a lot’s at stake for immigrants this election. Unable to vote, she too is relying on her community to cast their ballot with her in mind. “I think our community has the power to make those changes and raise their voices — they have the privilege to do so,” she said. 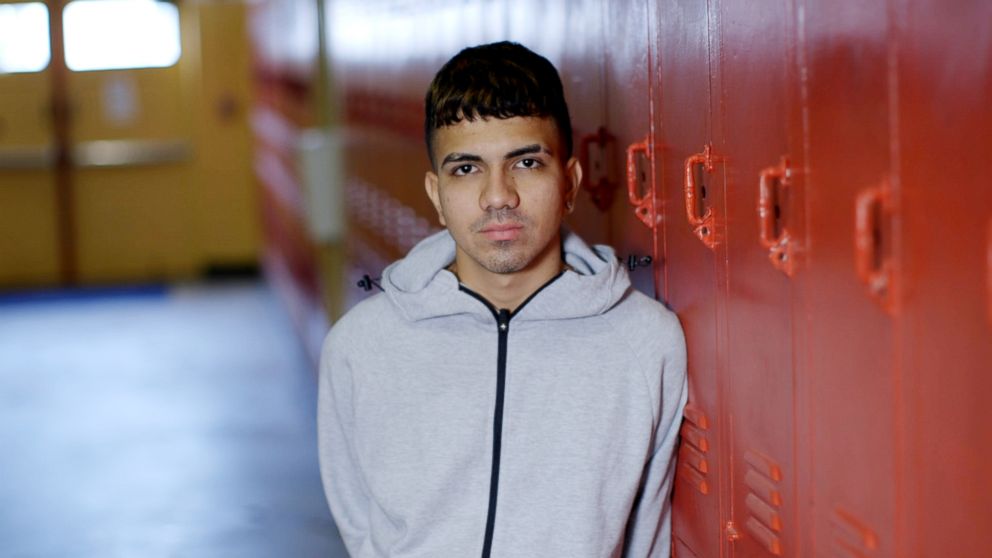 In May, seven states, led by Texas, filed a lawsuit against the Trump administration, hoping to keep the Obama-era immigration policy in place. In August, a federal judge ruled the Trump administration should restore the program. While the courts battle it out at the state and federal level, nearly 800,000 DACA recipients remain in limbo.

“There’s just a lot of ‘wait and see.’ The fight and the push to rescind DACA, and all these efforts to make it go away, makes people feel like, ‘What is their best chance to continue to live in a country that is really their only home?’” said Fabienne Doucet, a professor at New York University.

Nearly half — more than 355,000 — of those protected under the DACA program live in California, New York and Texas.

With an estimated 120,000 DACA recipients in Texas, immigration is a top issue in the midterm elections.

“I think it is unfair. It is not right to give U.S. citizenship to people who came here illegally,” Sen. Ted Cruz told “Good Morning America” at a campaign rally in Fort Worth, Texas.

Other Texas Republicans have taken a softer approach.

“I think it’s important that they feel stay safe — if they stay out of trouble, if they stay out of gangs, if they are working, in schools, earning good grades — they shouldn’t have to worry about it,” said Rep. John Culberson, who’s vying for re-election in Texas’ 7th Congressional District.

Many of the the United We Dream volunteers can’t vote — but those who can may determine their destiny.

“I just want to say that I want something better –just a better education,” Rivera said. “That’s all I’m asking for.”