Notoriously known for its excessive coming of age celebrations, MTV’s My Super Sweet 16 was a guilty pleasure that viewers came to love (and loathe) for many reasons. The show, which was noted for its tropes of tantrum throwing, guest snubbing, grandiose entrances, celebrity performances, and lavish gift giving became must-see TV for many during its iconic 10 season run. While there were definitely enough rich kids with parents who were willing to spend excessive amounts of cash for their children’s happiness to go around, My Super Sweet 16‘s celebrity honorees seemed to put on the most over-the-top parties in the show’s history.

From the high profile Hollywood guest-lists to the luxury vehicle exits, the celeb moms and dads featured on the show pulled out all the stops to ensure that their children and guests would have the time of their lives. The series, which first premiered in 2005, showcased close 100 parties during its run, with each episode seemingly getting more and more extravagant as time went on. And while any party worthy of being nationally televised on MTV’s My Super Sweet 16 is expected to be extreme, the magnitude of celebrity and celebrity kids’ parties on the show have been hard to top. And these 16 celebrity episodes of My Super Sweet 16 make it clear: no one will ever party as hard or as big as these famous teenagers once did. 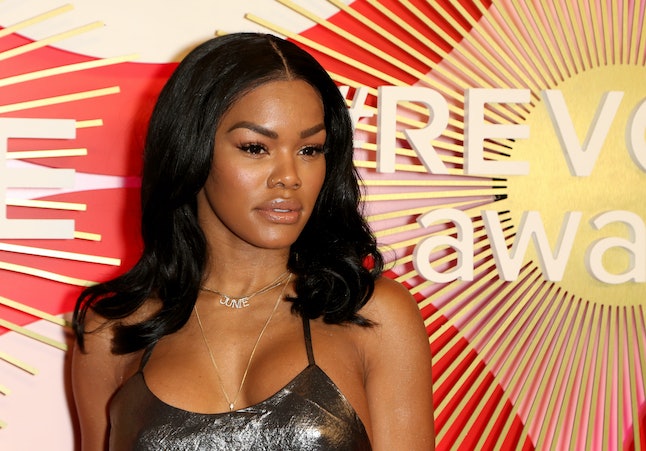 Long before she was taking over airwaves and TV with her soulful voice and captivating dance moves, Teyana Taylor made her television debut on MTV’s My Super Sweet 16 in 2007.

During the episode, Taylor, who was then signed as an artist to Pharrell Williams’ Star Trak Entertainment, delivered invitations via an ice cream truck and later performed at the event. 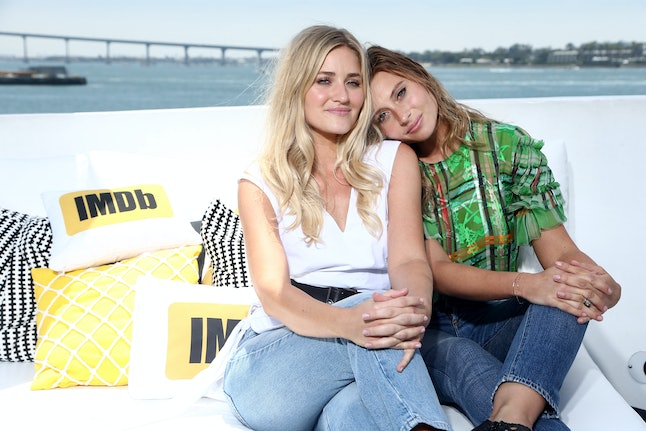 Aly and AJ hosted a bash to jointly celebrate Aly’s Super 18 and AJ’s Super Sweet 16. Celebs like Miley Cyrus and Emma Roberts were on hand for the celebration as the pop rock duo and their guests enjoyed a performance by The Plain White T’s. Aly and AJ later move outside where they are surprised with two brand-new Mercedes-Benz cars. 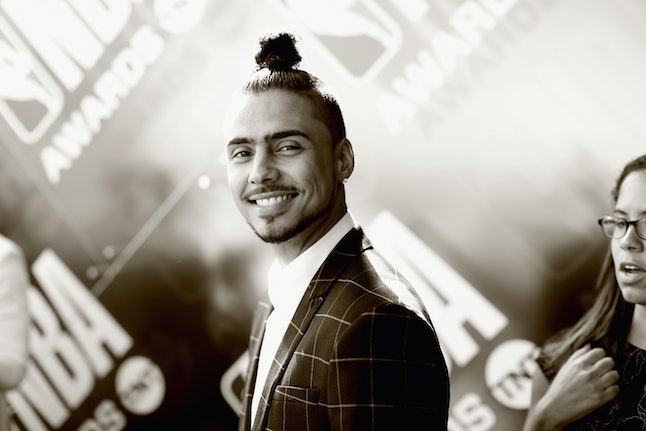 Sean "Diddy" Combs’ stepson and actor Quincy Brown appeared on MTV’s My Super Sweet 16 in 2008. The epic soirée, which was featured as the series’ Season 7 opener, was notably dubbed "Stunna Sweet 16" and featured Brown’s mother Kim Porter as she joined Diddy in gifting their son with not one, but two sweet new rides. 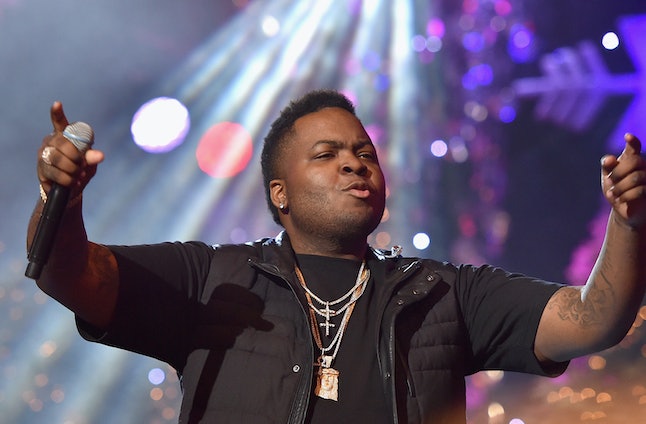 Singer and rapper Sean Kingston switched things up a bit, celebrating his 18th birthday in Jamaica. During the episode, it was revealed that Kingston would be receiving a brand new Bentley when he arrived back home. 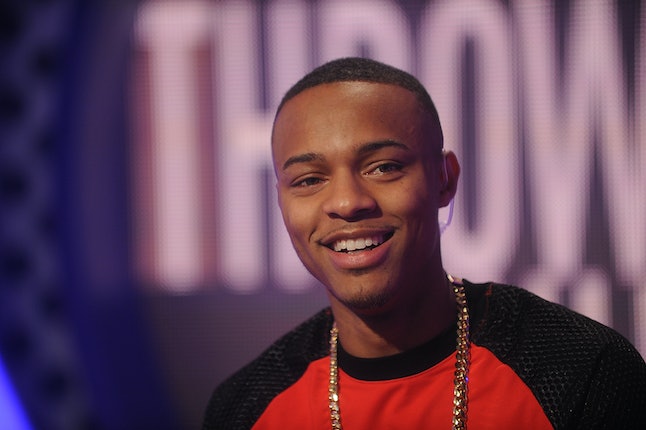 Rapper Bow Wow also threw two parties for his 21st birthday. After hosting his first in Washington, D.C., Bow Wow arrived in Las Vegas where his mother surprised him with a Mercedes Maybach.

Hip-hop legend Snoop Dogg, who is notably credited with giving Bow Wow his stage name, also put on a surprise performance at the bash. 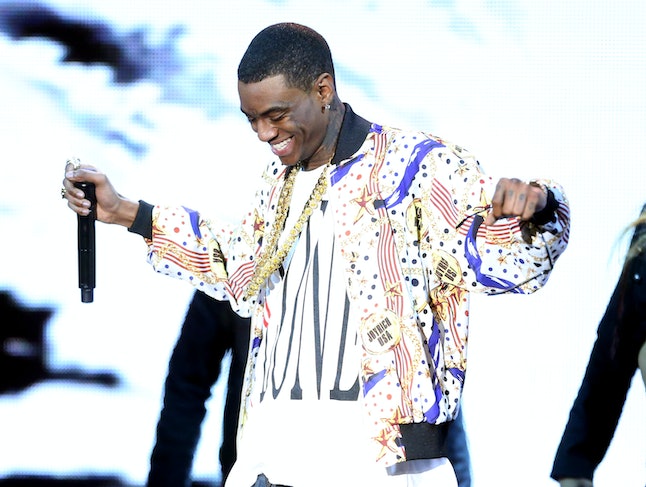 Rapper Soulja Boy also went the non-traditional route during his appearance on the MTV show. He opted to host a "Super Swag" pool party at an Atlanta-area mansion for his 18th birthday. 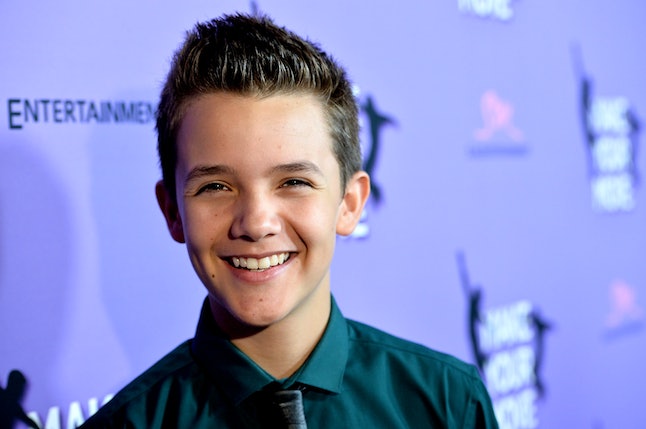 As part of the MTV series’ relaunch, which kicked off in 2017, child actor Noah Urrea hosted a Hollywood-themed celebration that jointly kicked-off his career in pop music and celebrated his 16th birthday.

Urrea made his grand entrance with friend and fellow Nickelodeon star Brec Bassinger and later made his musical debut, performing in front of an audience of over 500 people, according to MTV. 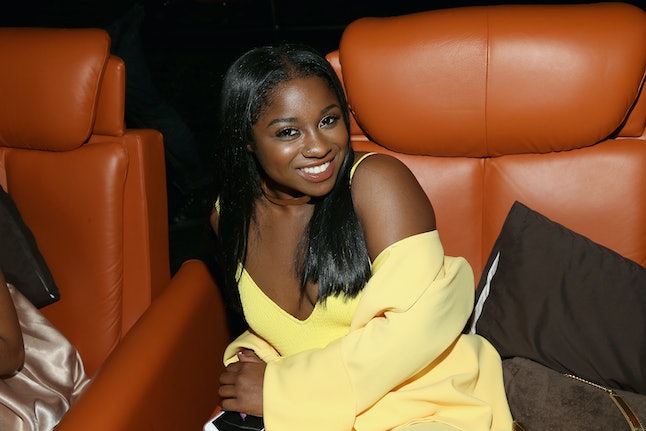 Rapper Lil Wayne hosted a pretty sweet party for his daughter Reginae Carter on the show in 2015. Carter, now a reality star and aspiring actor, turned 16 in complete style with a surprise appearance from Nicki Minaj. She was also gifted with a BMW and Ferrari from her famous father and reality star mother, Toya Wright. 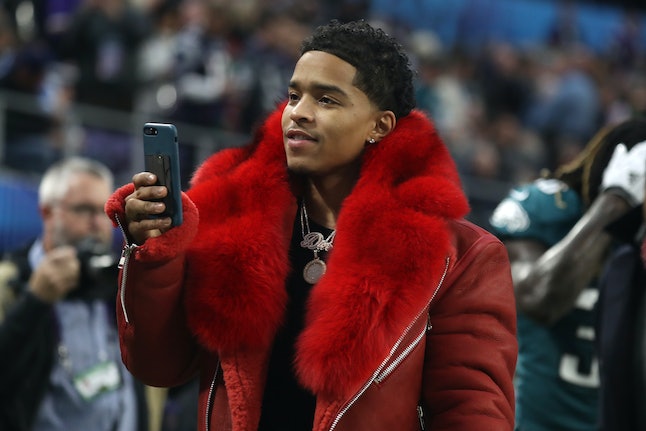 While he’s not a celeb himself, Justin Combs is the son of Sean "Diddy Combs which means there’s no question that his "Super Royal 16" was going to be next level. Justin kicked things off by making a grand entrance with Nicki Minaj on his arm. Fabolous, Lil’ Kim, and Trey Songz also performed at the event as Diddy and Justin’s mom, fashion stylist Misa Hilton, surprised him with a Maybach and personal driver. 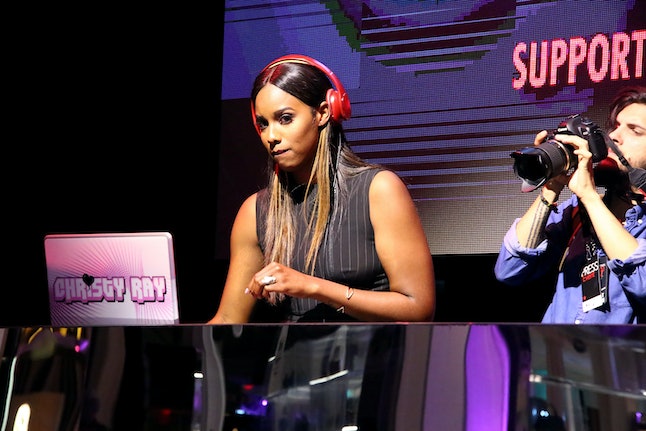 In 2008, DJ Spinderella of the legendary hip-hop group Salt-N-Pepa threw her daughter Christy Ray an amazing ’80s-themed rollerskating bash. During the show, Ray revealed that she would be following in her mother’s iconic footsteps and made her DJ debut at the party. 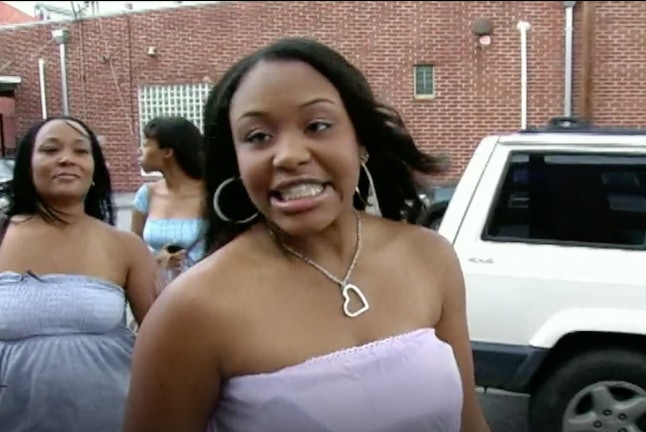 In her 2005 episode, Carlysia Levert, the daughter of famed R&B singer Gerald Levert, hand delivered CDs as invitations and was later given a Mercedes Benz by her parents. 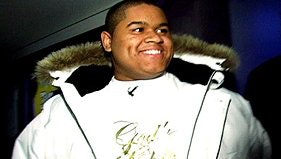 As the son of record exec L.A. Reid and singer/businesswoman Perri "Pebbles" Reid, Aaron Reid’s 16th birthday party went off without a hitch. Not only did Aaron hand out MP3 players as voice-recorded invitations, but his guest list featured the likes of Jay-Z, Kanye West, and Aaron’s godfather Sean "Diddy" Combs. In 2013, The Hollywood Reporter reported that Aaron’s 2006 episode was one of the series’ highest-rated episodes ever. 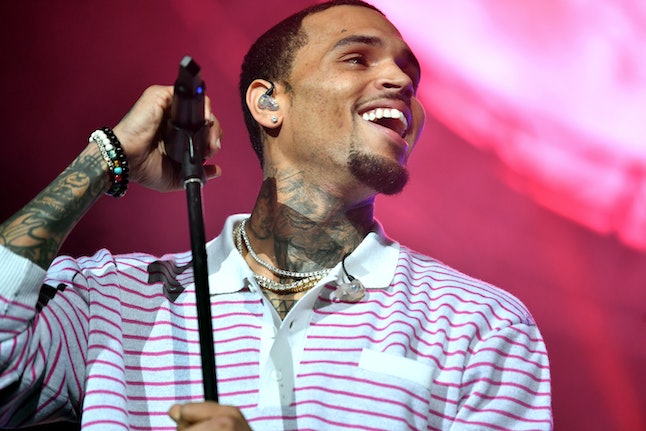 Brown hosted not one, but two over-the-top parties for his "Super 18" birthday in 2007. His first gathering was a concert open to fans that featured Lil Mama as a special guest performer. Brown then partied with celebs and close friends at a Michael Jackson-themed celebration. He also received an electric blue Lamborghini at the end of the episode. 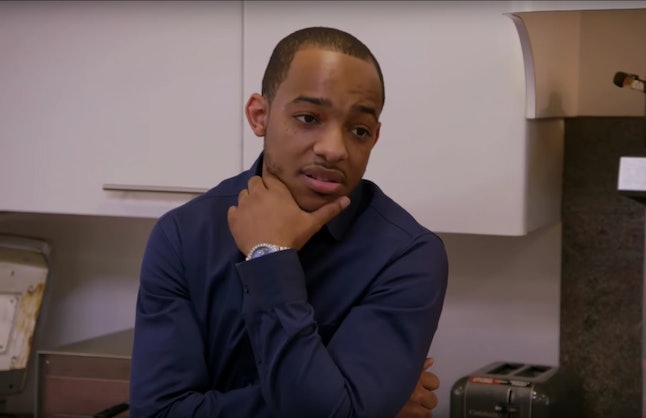 The grandson of legendary Sugarhill Records founder Sylvia Robinson, Darnell Robinson arrived at his 16th birthday bash on top of a camel with none other than pop superstar Rihanna by his side. The First Family of Hip Hop alum’s grand entrance came as part of his Coming to America themed party, and included people throwing rose petals at his feet as he made his way into the venue. Robinson’s exit was just as luxe. He was gifted with Mercedes S550 as the partied ended. 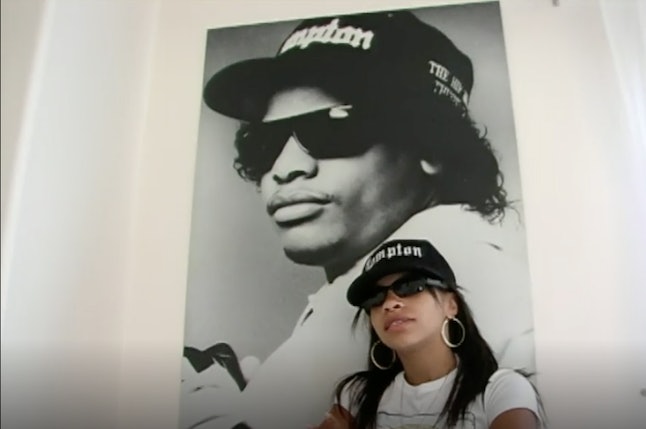 After lots of planning, Erin Wright’s mansion party was ultimately shut down due to noise complaints from neighbors in the quiet community where it was being hosted. Despite the party’s abrupt ending, Wright, who is the daughter of the late rapper Eazy-E, was gifted with a Porsche Cayenne SUV. 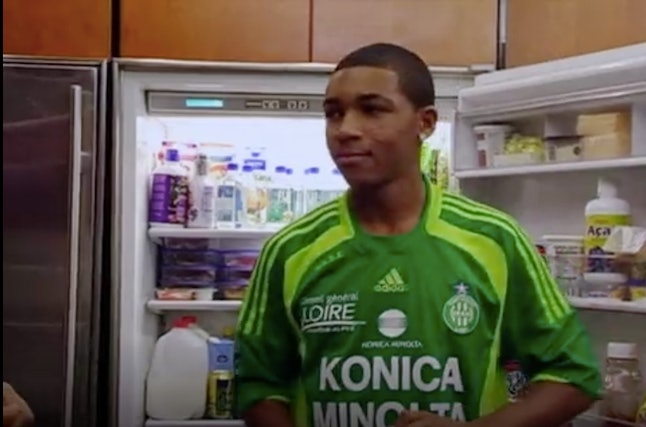 During his episode, Demetrius Mosley enlisted the help of his father Timbaland to bring the ambiance and swag of Saint Tropez to his Miami birthday bash. After giving a little fuss over his father’s original gift, Mosley was granted with an incredible Lamborghini on the big day.

With money to spare, celebrities and their children have definitely taken things next level when it comes to birthday celebrations. It’s almost enough to make one wish they could celebrate turning 16 once again — almost.