Site 86 at Coolum Beach Holiday Park has been home for Bob Davidson and his wife, Bev, since 2007.

He and his caravan-dwelling mates at Coolum are hardly unique, with Australian Bureau of Statistics figures showing the Sunshine Coast has more people living in caravans than anywhere else in Australia. 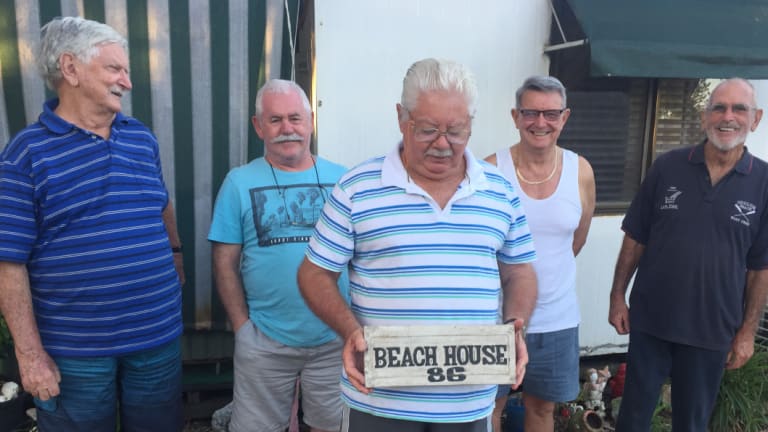 But the reason they live there may not simply be the Queensland sun.

For Mr Davidson and his mates at Coolum it was the affordability. It was simply cheaper to live in a caravan.

“Most of us aren’t here by choice,” Mr Duggan said.

“Originally it was by choice, but now we’ve got no choice,” Mr Jackson said.

Mr Duggan said: “Life circumstances, the economy, the loss of businesses, that’s pretty much it. We can’t go buy a house or pay rent anywhere else in Coolum. It’s too much now.” 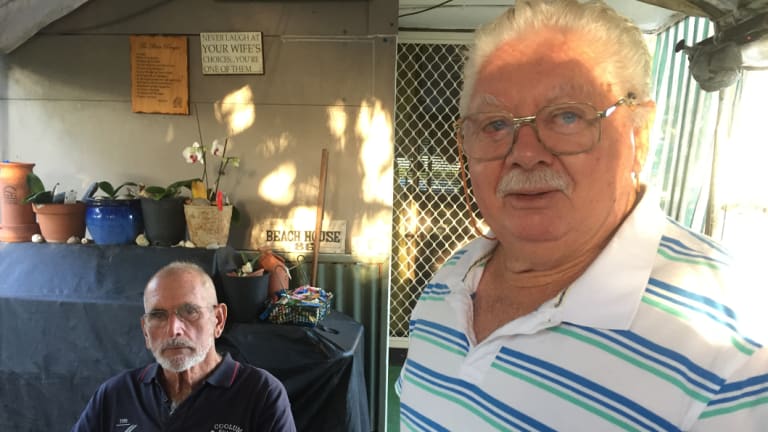 Some semi-retired first, others had health problems, others saw their businesses fail, while others moved north from Victoria.

Mr Cameron, who shifted from the Gold Coast, is still an active lifesaver.

They are five of the final 18 permanent residents at Coolum Beach Holiday Park, where, they said, the demand for sites from people on holidays was eroding the number of permanent sites.

Ten or 15 years ago, there were 35 permanent sites at Coolum Beach, they said.

Some of the sites for permanent residents were phased out in 2014, when a further 45 fully serviced sites were added for holiday rental.

Coolum’s location was part of the attraction, the friends agreed. But Mr Davidson said it was their friendship – and the affordability – that kept them there.

“This is one of the good points," he said.

"We meet here every three days for a few drinks and a bit of a laugh.”

"If you are living in a caravan I would almost certainly suspect it is because of affordability," Dr Charles-Edwards said.

"You think about affordable housing options at the bottom end.

"We've seen an increase in rental prices, the cost of having a mortgage these days is so high and there is a retreat in public housing, so caravans are an affordable option."

Dr Charles-Edwards said the August timing of the census meant many southerners were "enumerated" in caravans in warmer Queensland beach locations than their normal homes.

Caravan living has been a fact of life on the Sunshine Coast for more than 80 years when the first camping grounds emerged.

On the Gold Coast, living in a caravan has existed since the early 1900s.

On the Gold Coast, there are seven caravan parks, where five allow permanent residents from Southport down to Burleigh Heads.

Officially, there are 280 permanent caravan park residents on the Sunshine Coast and 77 on the Gold Coast.