While the royal family never ceases to fascinate, it’s sometimes the smallest details of royal life that seem to garner the most attention. For instance, Queen Elizabeth reportedly eats her bananas with a knife and fork, because of course she does. It may seem like involving actual cutlery is just a tiny bit extra, especially when you could just peel your banana by hand, but then again this is the Queen we are talking about. She is the longest-reigning monarch in all of British history, and she can do whatever she likes.

This odd glimpse into the Queen’s eating habits comes from Chef Darren McGrady, the Queen’s head chef at Buckingham Palace from 1982 to 1993, who talked to TODAY Food. It’s pretty safe to say he knows exactly how the royal family likes things done when it comes to dining. Like eating bananas with forks and knives, for instance. Grady told TODAY Food that according to royal protocol, food at formal events is never eaten by hand, and fresh fruit is always served for dessert. “I am often asked what the royal family have for dessert, and people are surprised when I say fresh fruit … That’s because what Americans call dessert, the royal family call pudding,” he said. 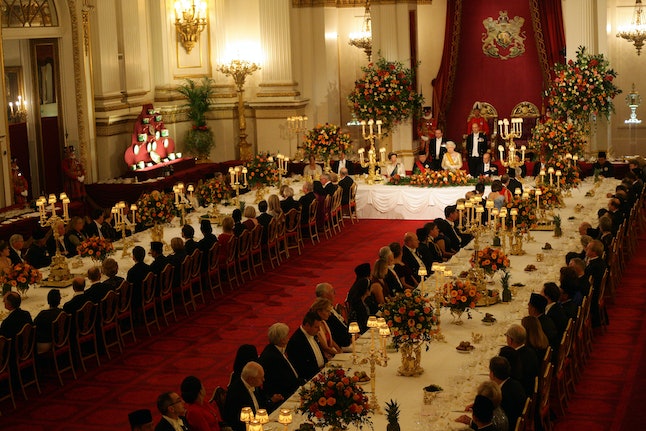 After the pudding course, Grady said, four kinds of fruit are usually served. In case you were wondering just how someone is expected to eat a banana with a knife and fork, Grady explained to TODAY Food that after the ends of the banana are cut off, the peel is then “sliced down the middle from end to end” so that it can be easily opened without hands touching it. Then the fruit is cut into circles and eaten with a fork, Grady said. And if this sounds like an elaborate way to eat a banana to you, that would be because it is — this is the Buckingham Palace we’re talking about.

Grady told TODAY that the royal family also has a peculiar way of eating pears. “The purveyor would bring about 200 hundred for us to choose the ripest by hand.” Then the family would “slice off the top and eat it with a teaspoon like a boiled egg!” Grady said. 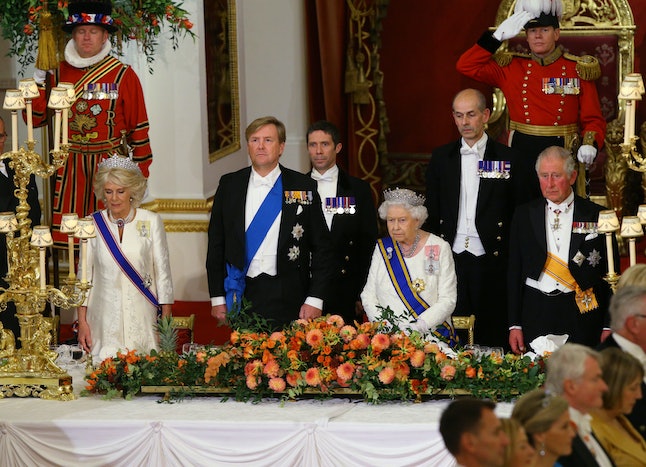 Note that the royal dietary persnicketiness doesn’t stop there. Recently McGrady told RecipesPlus that the Queen’s diet at home also omits starchy foods like pasta and potatoes — though banquets and special occasions can be an exception to that rule. Royals also aren’t supposed to eat garlic (at least, not in public), and according to the BBC, are supposed to avoid foods like shellfish as well. McGrady told the Telegraph in 2015 that the Queen’s meals often consist of vegetables and fish, though she won’t say no to occasional chocolate sponge cake. CNN reports that since the Queen’s demanding schedule so often includes extravagant dinners, she likes to keep her diet very healthy and simple at home. Even if that means eating her bananas with a knife and fork.