When Game of Thrones first premiered in 2011, it was immediately heralded as a hit, with audiences growing week to week. The one thing people seemed most struck by was the opening credits sequence, with the clockwork map laying out the lay of the land and the memorable theme song. Each year, the credits altered slightly, to show new locations, and remove disused ones. However, this year, the Game Of Thrones Season 8 theme song credits map has changed radically, to reflect a much different landscape.

Three places have always been on every variation of the credit sequence: Winterfell in the north, King’s Landing in the south and the Wall, represented by Castle Black. There are then four additional locations that vary, depending on where characters are. In between, there are three Astrolabe carvings, depicting essential moments in Westerosi history: Aegon’s Conquest, Robert’s Rebellion, and the Baratheon reign.

This year, the astrolabe images are different, reflecting the tide of history washing away the old. The carvings now show newer historical moments all of which occurred during the current series. Also, with only a few locations this season, the credit sequence has radically altered how they are presented.

Here are the credits from Season 1:

Here are the credits for Season 8:

Here’s a rundown of all the changes.

Astrolabe Image: The Wall Comes Down 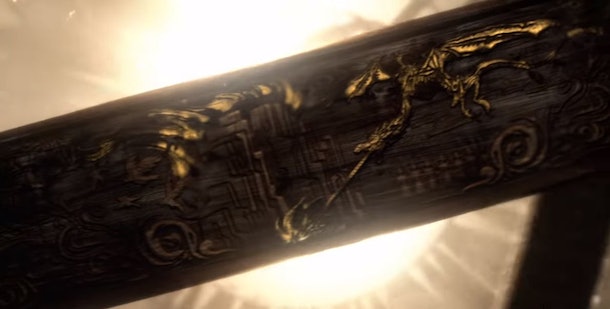 Unlike the original Astrolabe images, which were in timeline order, the new ones run backward. The first is a rendering from last season’s finale, with the Night King and his dragon taking out the Wall. It replaces the original image of Aegon’s Conquest.

Speaking of which, the first location is that breach. Note the lack of Eastwatch, which has fallen. This is the first time Castle Black is not seen either, giving fans no Night Watch locations. 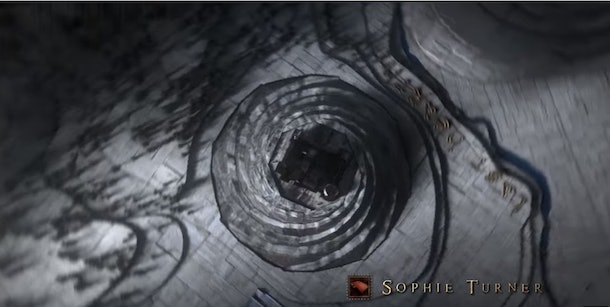 The closest Keep to the Wall breach, the castle is seated on a swirl that matches the one Tormund and Beric would find inside made by the Night King. 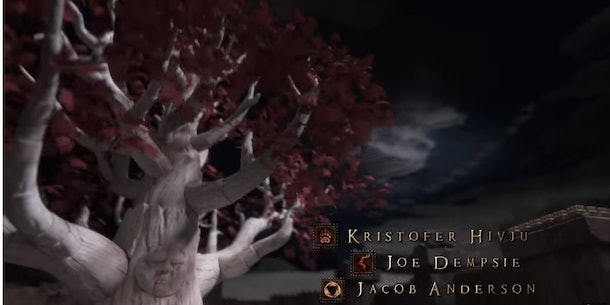 With only three locations this season, the credits spend extra time at Winterfell. The show has always focused on the Heart Tree, but this year it’s a new angle.

For the first time, ever, the credits go inside the clockwork buildings. This is the Great Hall, where the Starks hold court.

Then it’s all the way down into the Winterfell crypts, where secrets lay buried and will be revealed.

The middle Astrolabe used to be Robert’s Rebellion, Stag vs. Dragon. Now it’s the Fall of the Starks with the Red Wedding. Note the Lannister lion, looking on from afar.

Like the Heart Tree, fans always saw the Red Keep rise in King’s Landing. But this year, it’s a whole new angle.

The flyover now contains a shot of Cersei’s Map Room, which she had painted last season in a courtyard open to the sky.

Winterfell has the crypts, King’s Landing has the Dragon Pit with the giant skulls.

The last location is the King’s Landing Throne Room interior, with the Iron Throne front and center. 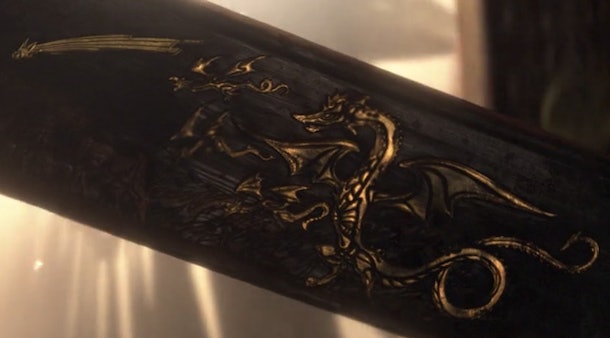 The final astrolabe image used to be Baratheon triumphant, with all the houses bending the knee to the Stag. Now it’s the birth of the Dragons, Daenerys and her three children, with the red comet heralding their arrival.