What NOT to do this Valentine’s Day: Women share the worst fails they’ve seen – including dead roses, rude texts and VERY awkward notes

On February 14, thousands of couples around the the world will be showering each other with thoughtful gifts, intimate dinners and sweet love notes.

And while many have mastered the art of romantic gift-giving, others leave a lot to be desired.

Here, FEMAIL looks at the biggest Valentine’s Day fails of all time – from a bunch of coriander given as flowers and rude text messages to steaks and burgers cut into the shape of hearts. 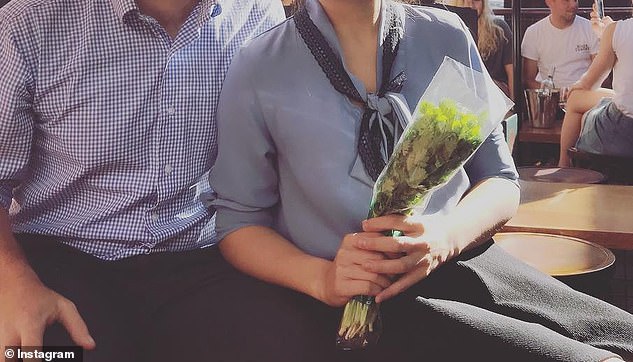 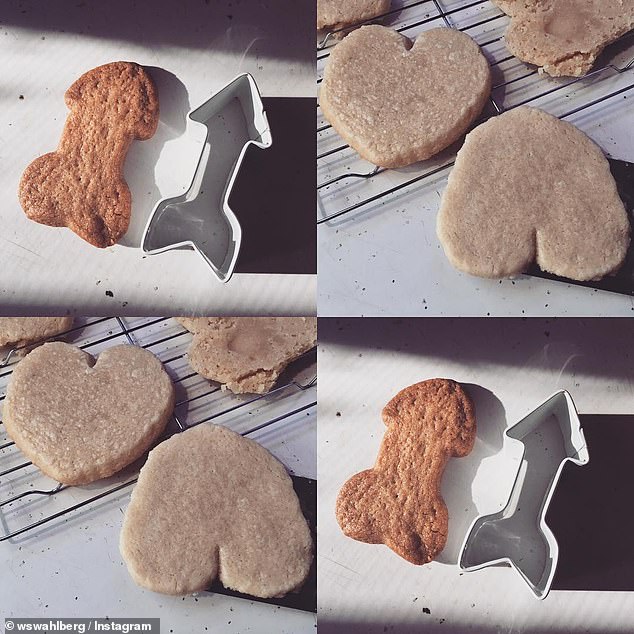 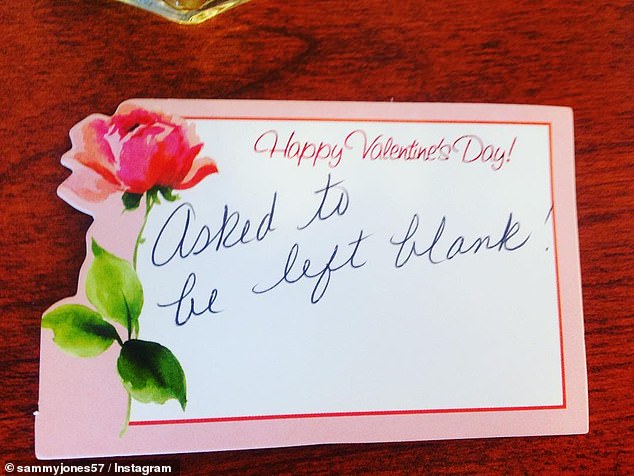 ‘I couldn’t even make this up if I tried. My husband told the florist don’t bother putting anything on a card because I’d know who it was from,’ a woman captioned a photo of a florist writing on a card instead of leaving it blank as directed 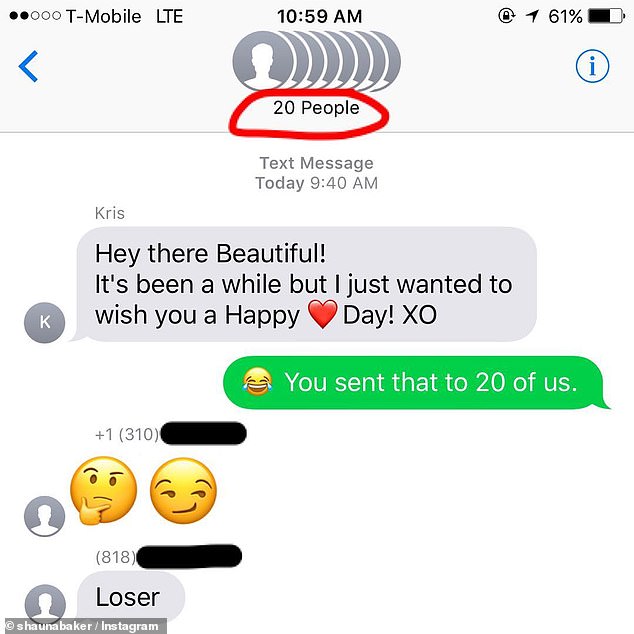 ‘So…uhhh….This happened to me this morning! This folks is why girls are single. Happy Valentine’s Day to all of you single ladies out there,’ a woman wrote about a group message she received 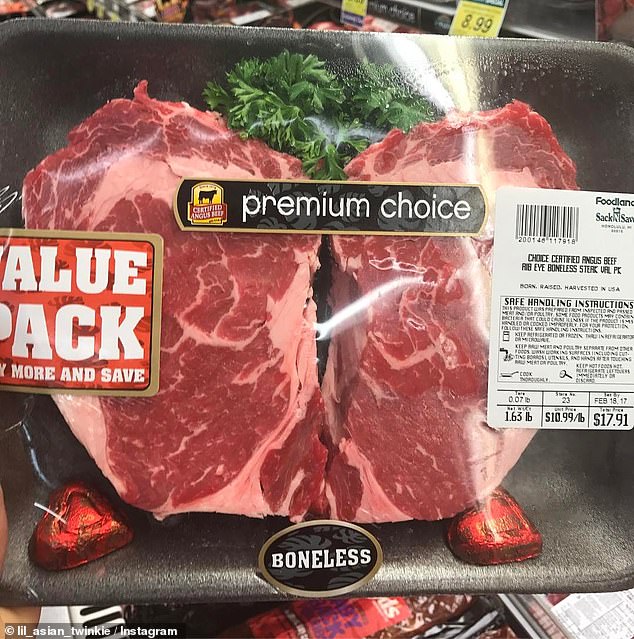 ‘Nothing says happy Valentine’s Day quite like chocolate that may possibly be tainted with E.coli.’ one person captioned this photo 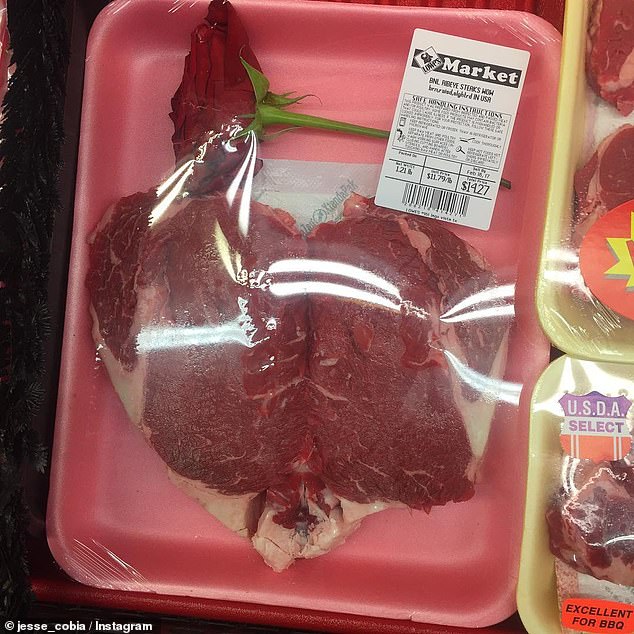 ‘Ummmm yeah…. because who wouldn’t want to buy a heart shaped slab of meat…. with a rose. Inside. On the meat,’ another shopper said 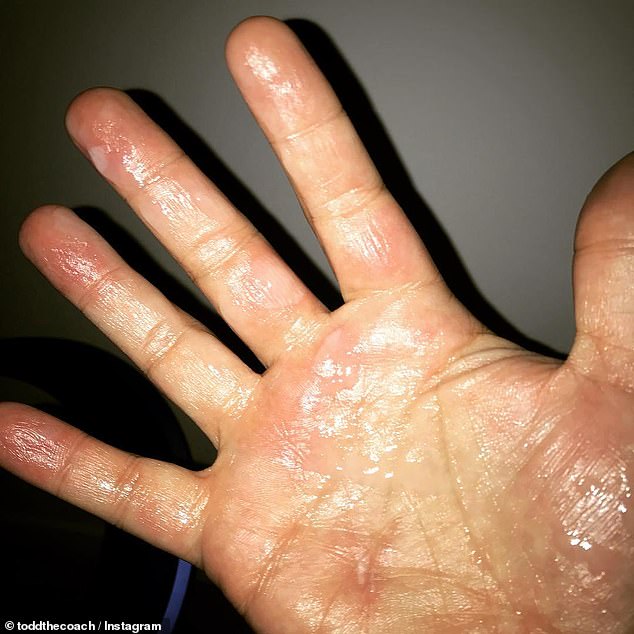 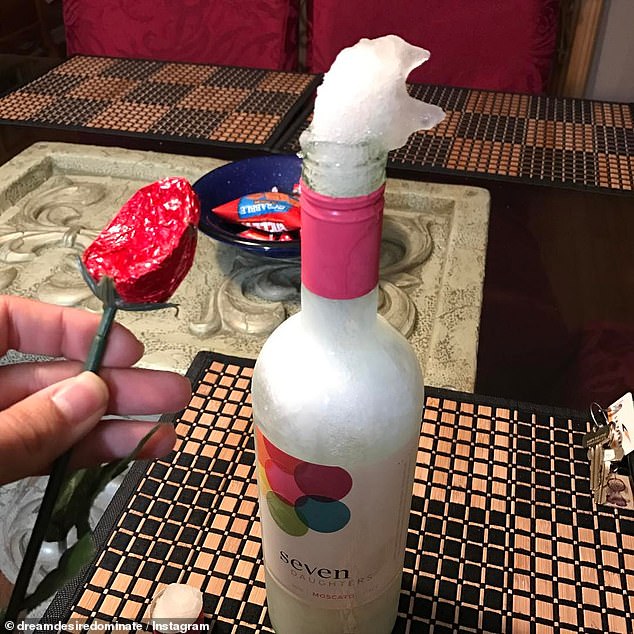 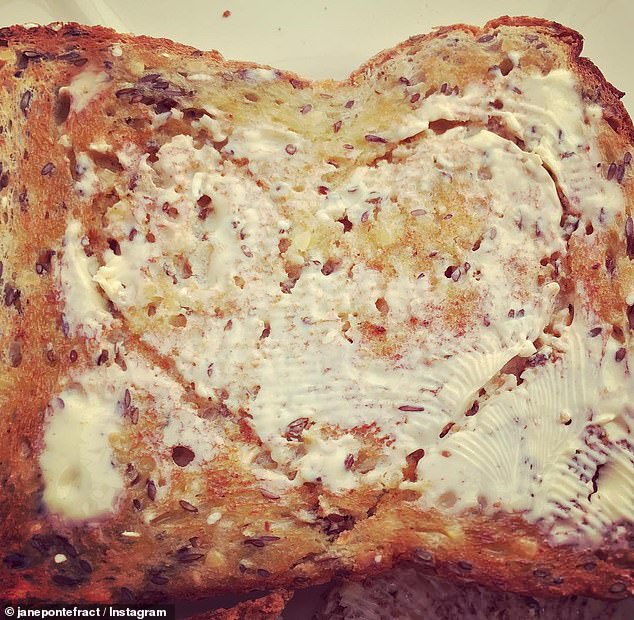 ‘When your husband forgets to get you a Valentine card,’ a woman captioned a photo of toast with butter her husband gave her and drew a heart in 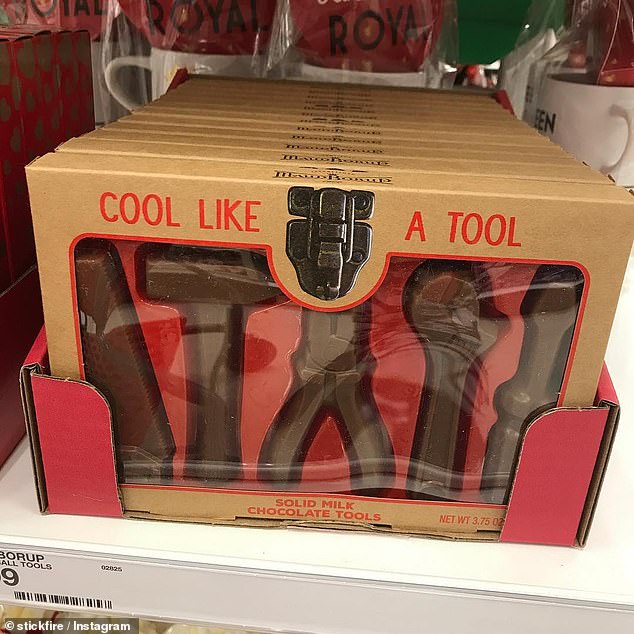 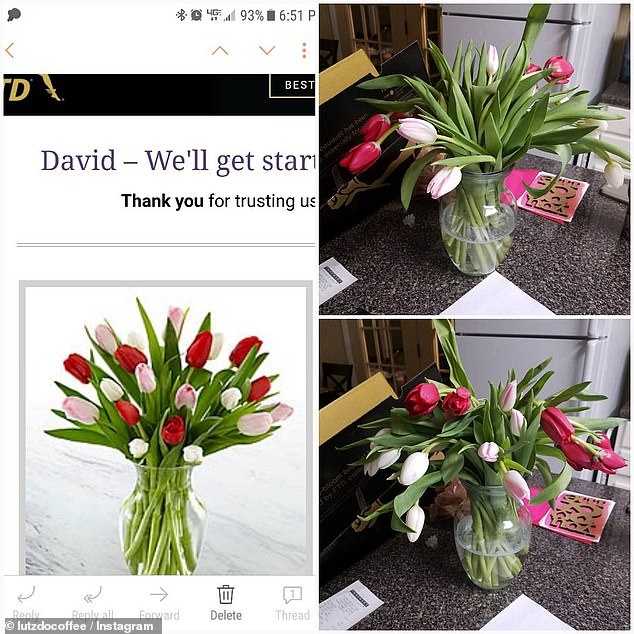 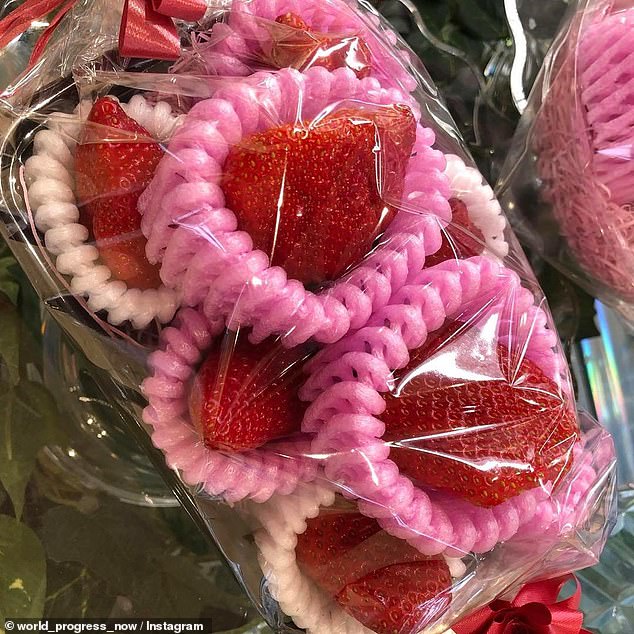 ‘Show your loved ones how much you care this Valentine’s Day without individual strawberries wrapped in plastic and Styrofoam,’ a person captioned this photo 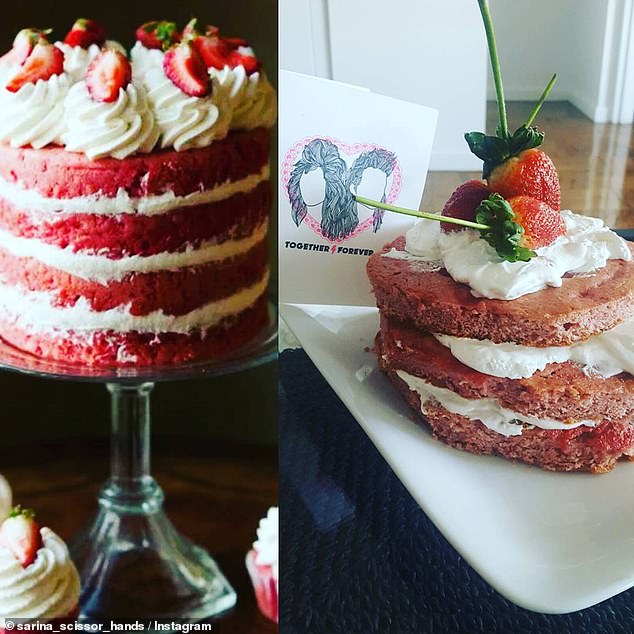 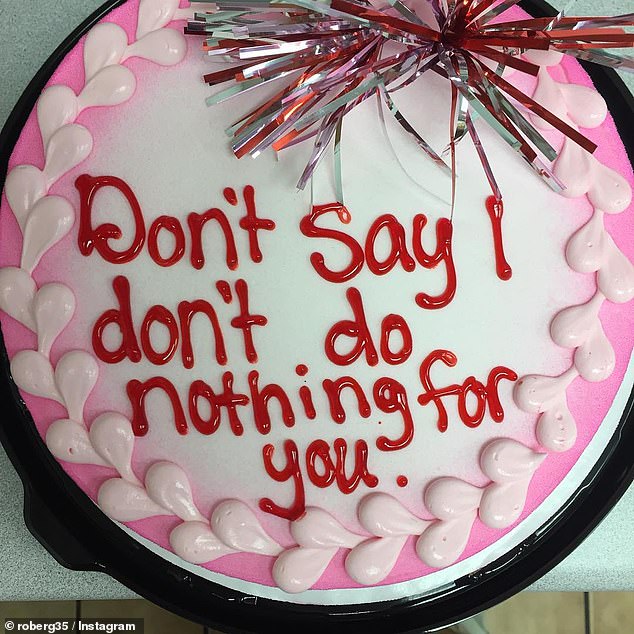 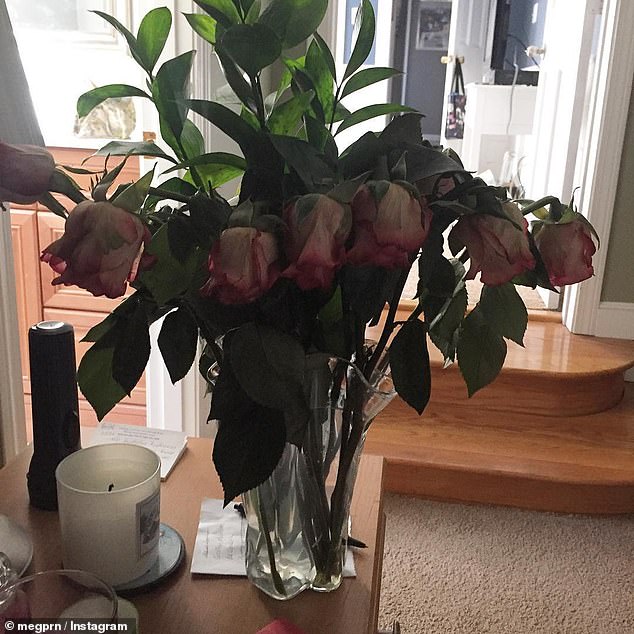 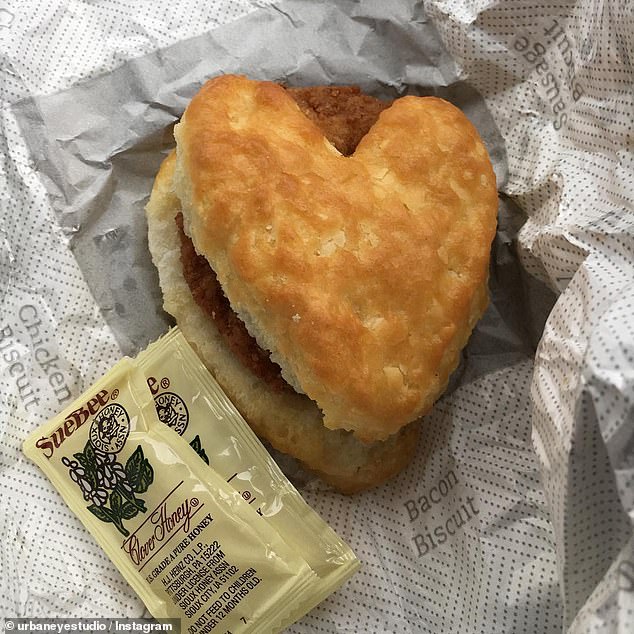 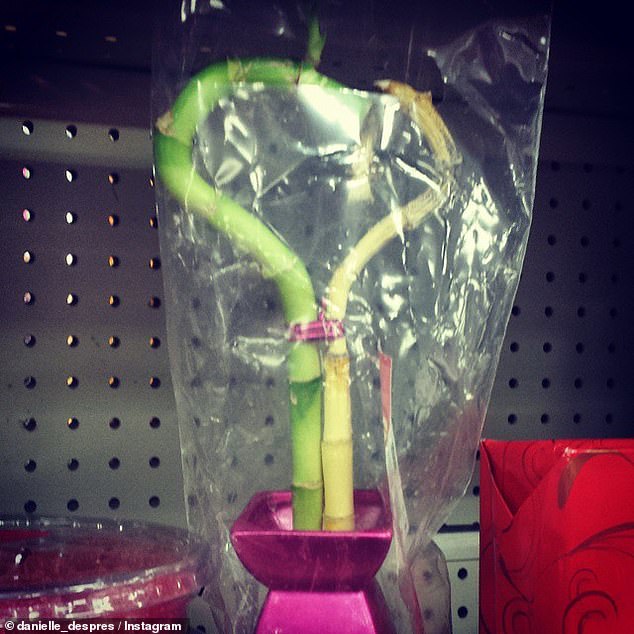 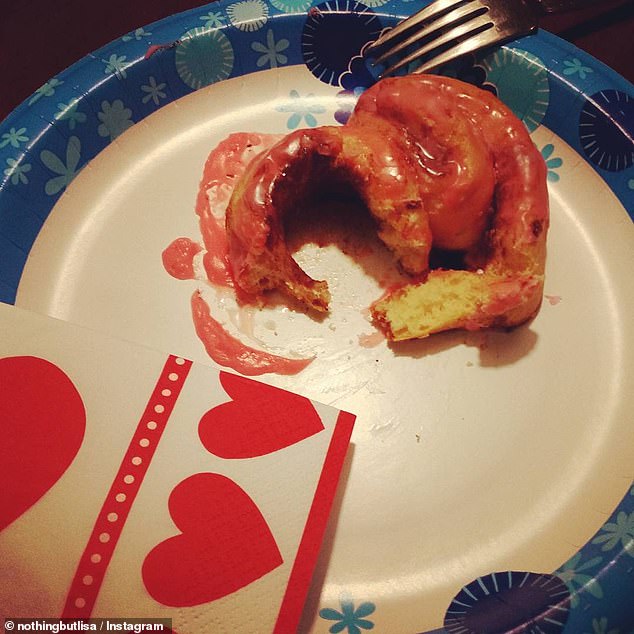 ‘Woke up early and made heart shaped cinnamon rolls with pink icing. One ate it and said, “Next year you should make heart shaped toaster strudels”. One didn’t touch it and one just ate some of the icing off,’ a mother said 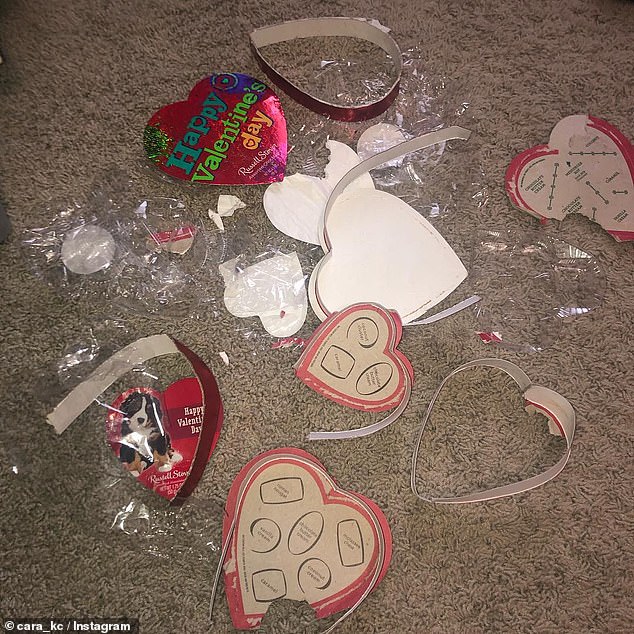