Is Taylor Swift marching to the beat of Beyoncé’s drum? When the “Me!” singer opened the 2019 Billboard Music Awards with her new Brendon Urie-assisted single, some viewers couldn’t help but compare her performance to Queen Bey’s historic headlining set at the 2018 Coachella Valley Music and Arts Festival. 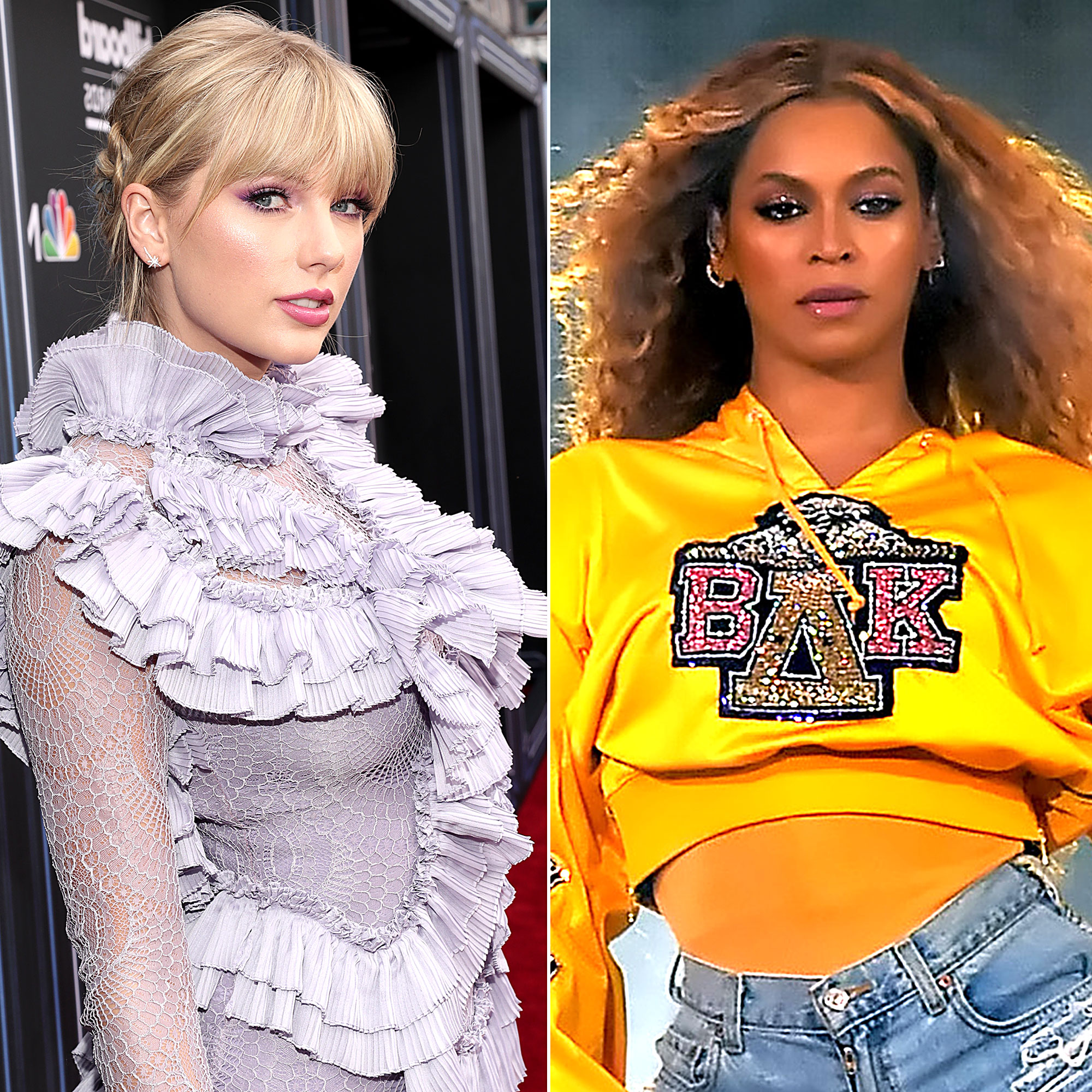 Swift, 29, arrived on stage at the MGM Grand Garden Arena in Las Vegas on Wednesday, May 1, with a drumline by her side to debut the lead single from her upcoming seventh album. The performance came two weeks after Beyoncé, 37, released her Netflix concert film, Homecoming, which documented her set at the Indio, California, music festival.

Beychella, as fans have called it, kicked off in April 2018 with the “Formation” singer marching down a catwalk with her own drumline. The entirety of Beyoncé’s two-hour show — which was presented on a pyramid-shaped set of stadium bleachers — featured new arrangements of her greatest hits, remixed to sound like they were performed by marching bands from historically black colleges and universities. 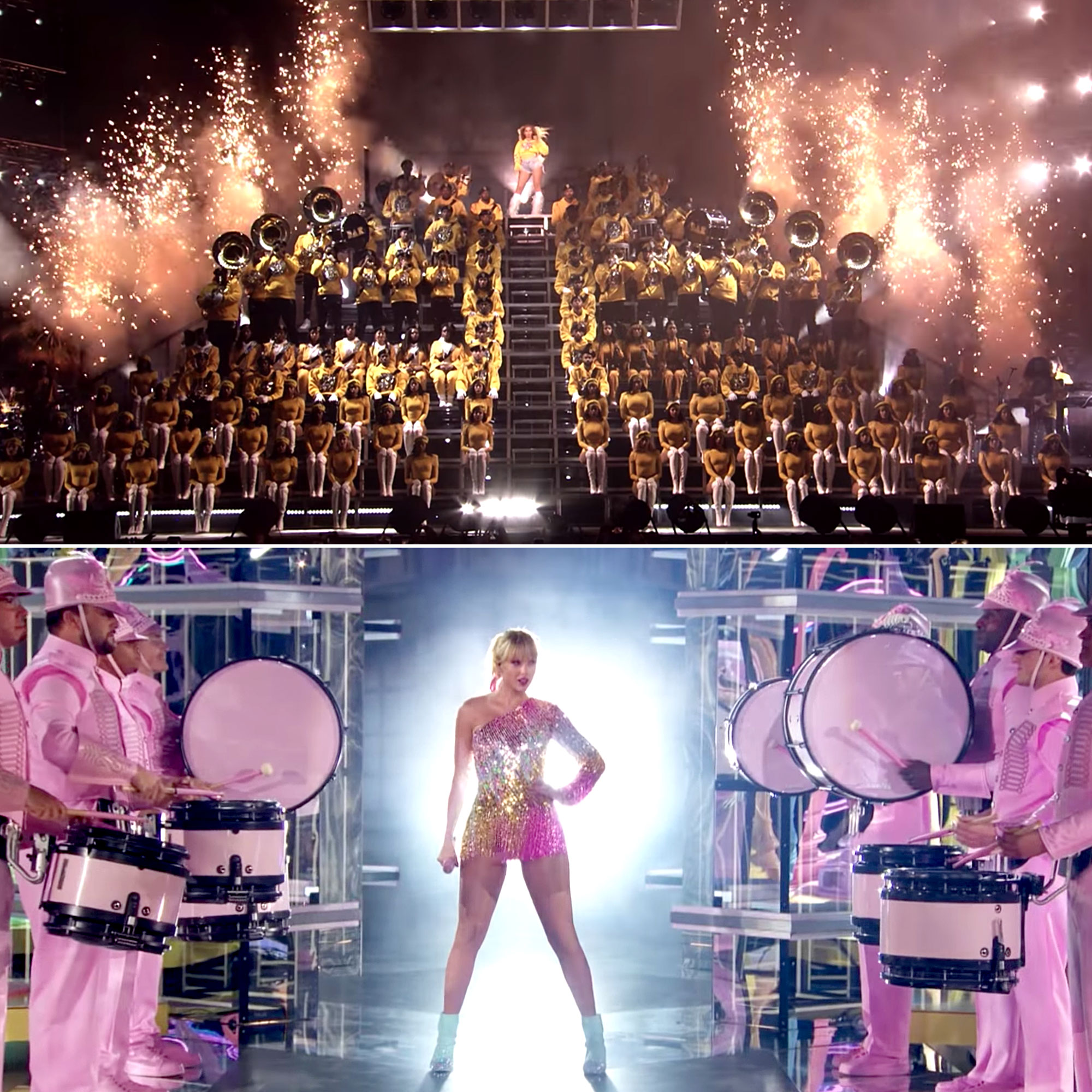 This use may include analytics, personalization, and ads.

Taylor, imma let you finish, but Beyoncé had the best drum line of all time. #BBMAs 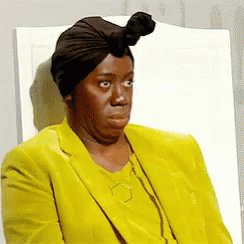 This use may include analytics, personalization, and ads.

Of course, Beyoncé did not invent the concept of performing with a marching band, so countless tweeters rushed to Swift’s defense. “Girl, it’s drums… Beyoncé wasn’t the first to use drums in a performance and Taylor definitely isn’t either,” one viewer pointed out. “Beyoncé had a whole as band and Taylor had just drums. Y’all need to stop comparing the most general things just because you don’t like Taylor.”

Another Swiftie echoed, “I swear, you guys are always comparing everyone and everything. I didn’t know Beyoncé created drum lines and posing. Both are queens.” (It is also worth noting that Swift had a marching band in her 2009 “You Belong With Me” music video and on her Fearless tour.)

Beyoncé has come under fire for similar accusations through the years, most notably in 2011 when Belgian choreographer Anne Teresa De Keersmaeker accused her of “plagiarism” and “stealing” ideas for her “Countdown” music video. The former Destiny’s Child member later admitted to The New York Times that De Keersmaeker’s work “was one of the inspirations used to bring the feel and look of the song to life.”

Us Weekly has reached out to Swift’s rep for comment.