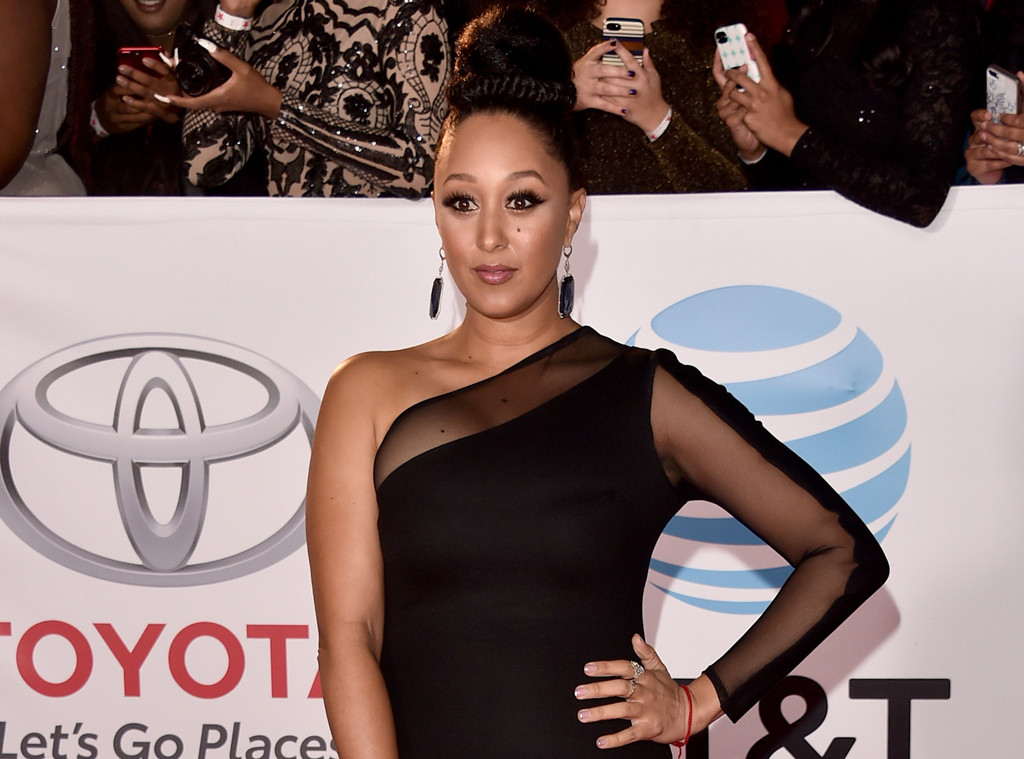 After 12 people were fatally shot and many more injured inside a California bar on Wednesday night, Tamera Mowry-Housley is searching for her missing niece.

The Real co-host revealed her niece Alaina Housley is missing when she inquired about her whereabouts on social media. Alaina’s college roommate Ashley posted a photo of her on Twitter, writing, “My suitemate is still missing, she is wearing denim shorts, a blue flannel and sneakers, pls let me know if you know anything.”

Ashley also included #Borderline, a reference to the Borderline Bar and Grill in Thousand Oaks where the shooting took place. “Ashely this is her aunt Tamera Mowry Housley. Can you please DM me your information?” the Sister, Sister alum tweeted back early Thursday.

My niece Alaina Housley. I can't believe I met her when she was five. She now is a Junior in high school doing a photo shoot with a 70's theme. Kill it beauty. Good luck in all your future endeavors.

My niece Alaina Housley. I can't believe I met her when she was five. She now is a Junior in high school doing a photo shoot with a 70's theme. Kill it beauty. Good luck in all your future endeavors.

“Was she one of the girls who fled the scene?” the star asked. “Do you know what hospitals she could be at?”

“I’ve been in contact with Adam, unfortunately there’s nothing new to report at the moment,” Ashley answered, referencing Tamera’s husband, Adam Housley.

“Ok. Thank you. Is she the only one unaccounted for?” Tamara continued. “Yes, all the other girls are safe,” Ashley responded.

Adam also took to Twitter to urge anyone reading to pray. “Please pray if you believe….pray,” he wrote. When someone asked “for what,” the former Fox News correspondent replied, “My niece. A beautiful soul.”

Los Angeles Times reporter Andrea Castillo wrote on Twitter that she saw Adam arrive at Los Robles Regional Medical Center searching for Alaina. “A guard didn’t let him through, saying it was on lockdown. He said Alaina, a Pepperdine freshman, was at the bar with several friends. Her Apple Watch and iPhone still showed her location on the dance floor,” Castillo tweeted. According to Castillo’s tweet, Housley explained his niece’s suitemates had jumped through a broken window to escape and are now in a hospital with glass injuries.

“As they ran away from the bar, someone screamed ‘Hey! Get the [sic] down on the ground!’ They told Housley they believe it was the gunman. But they kept running toward houses near Los Robles Greens golf course, where they got help from residents. #Borderline,” Castillo concluded.

Around 9 a.m. on Thursday, the family had not yet located her. “We haven’t found her yet,” Tamera tweeted. “It’s been 7 hrs since the shooting.”

Adam also confirmed to inquiring followers that she had not been found. “Staying positive and praying and hoping and wishing there was more I could do,” he wrote.