Susan Boyle, 58, has shared a video on her Instagram and Twitter of herself teasing her new music.

The Britain’s Got Talent star, who wowed with her I Dreamed A Dream audition in 2009, revealed there will be a choir in the backing track of one of her singles.

In the clip, she said: “The atmosphere is great, great people.”

Susan went on: “The choir are in the track.”

The choir are in the track

The chart-topper revealed the song will feature on her new album, TEN, which fans can now pre-order.

But, without revealing too much, Susan added: “I’m not giving anything away. Why don’t you see for yourself.”

In the video, Susan is then seen belting out Lean on Me alongside the choir.

The post was uploaded with the caption: “New & exclusive, hear Susan speaking about her latest album ‘TEN’ and a little behind the scenes singing! @rock_choir.” 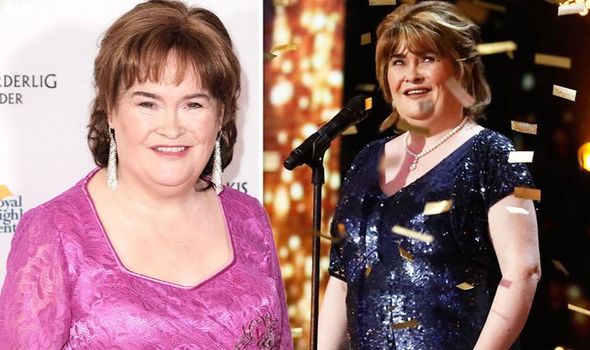 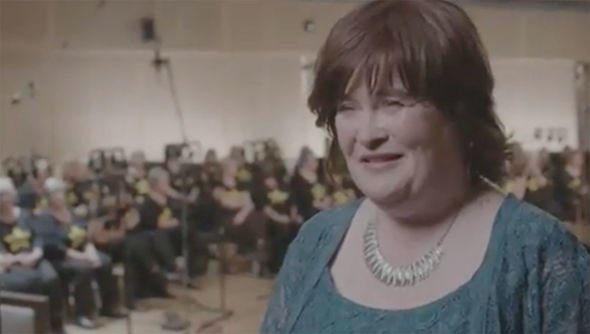 Another person commented: “Can’t wait holding the new album in my hands. 31st May will be a highlight day for me. I love every single song of Susan! Hugs from Germany.”

A third added: “Oh my goodness! My favorite star is back with a new chapter .. so glad to hear it!”

Elsewhere, Susan recently opened up about her Asperger’s syndrome diagnosis and admitted she still feels “judged”.

The Scottish star admitted she finds the smallest of things “overwhelming”.

Speaking to PEOPLE, she said of being told she had Asperger’s syndrome: “I knew of the diagnosis for a year before I decided to go public. 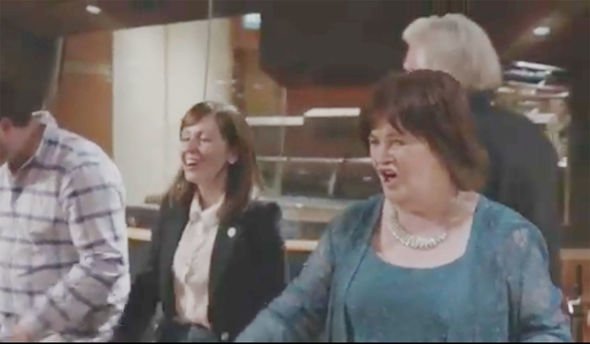 “It gave me time to learn and understand and really for everything to fall into place as to why emotionally things were overwhelming and why small things, like people getting into my personal space, would cause me so much anxiety.”

She added: “I think people who are aware of Asperger’s understand why I do things but to others who don’t I still feel I’m judged or misunderstood or spoken down to.”

Asperger’s syndrome is a form of Autism and is a lifelong condition that affects how people communicate and interact with others, according to the NHS.

Health problems associated with the condition include learning disabilities, anxiety, depression and epilepsy.

Britain’s Got Talent 2019 airs tomorrow on ITV at 8pm.