Love in a VERY cold climate: From kissing polar bears to amorous sea otters, new hidden camera show Spy In The Snow reveals the most intimate animal footage ever

All babies need to wrap up warm in winter. But for Alaskan sea otter pups, that involves a lot of huffing and puffing.

Though sea otters have the densest fur of any mammal, it’s little protection for their babies against the freezing Arctic waters.

Once their pelt is waterlogged, they’ll quickly die from hypothermia.

And to make survival even tougher for these rare creatures, they cannot swim when they’re born. It’s a skill they have to learn.

But mother otters know a trick. They float on their backs, supporting their pups on their chests.

To help her baby stay warm, the female blows into its fur. 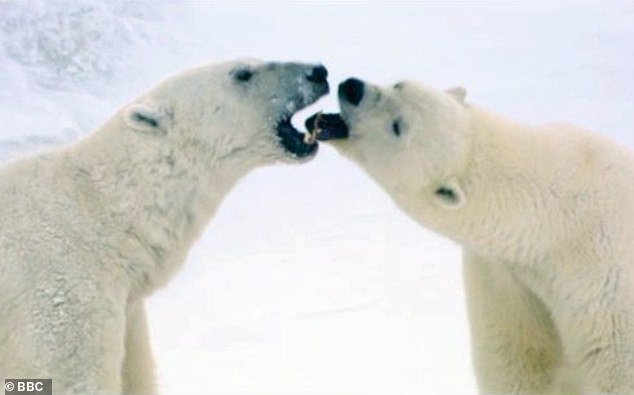 The warm breath is trapped inside the long, heavy coat, until the pup is blown up like a fluffball. Fully inflated, a newborn sea otter resembles a pom-pom.

That enables it to float and keeps it warm while mum dives for clams.

This fascinating behaviour is captured up close by an ingenious remote-control camera in a BBC1 documentary, Spy In The Snow.

The technology was pioneered to get close to penguins in the groundbreaking 2013 programme Spy In The Huddle. 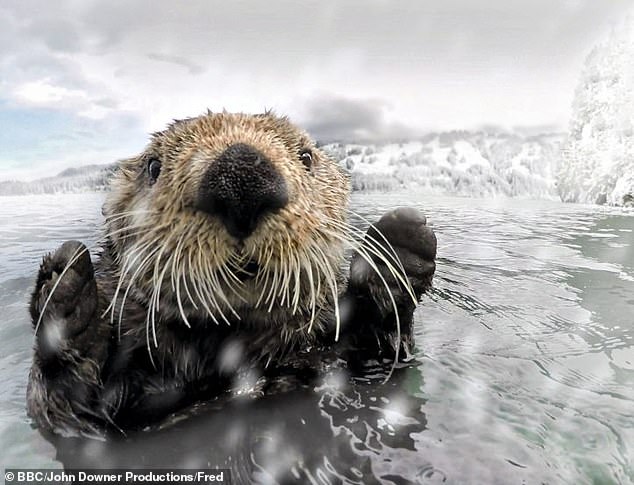 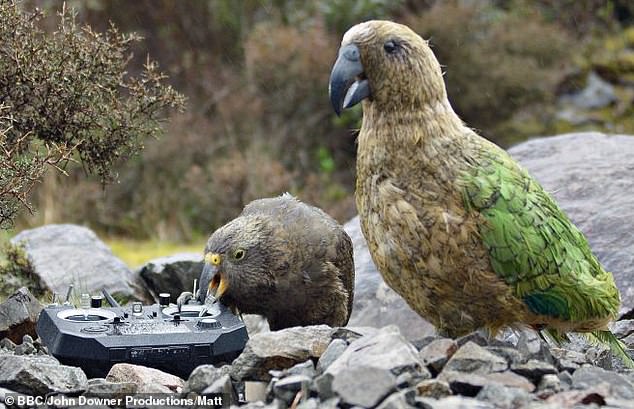 Now wildlife wizards have developed it to discover more about a whole range of animals, from polar bears and parrots to wombats.

John Downer, the producer whose company devised the cameras, says this is no gimmick.

‘With penguins, human camera crews aren’t allowed to go within 20 metres of the colony.

‘The birds would get disturbed, and that puts them in danger.

‘Also, our presence close to any animal means all natural behaviour stops, preventing us from getting any meaningful footage.

‘The spy cameras are a brilliant solution, and have enabled us to record superb material.’

To film sea otters, the team designed a realistic replica that swam on its back, with a lens in one eye.

Radio controls let the crew steer the robot otter close to the ice floes where mothers were nursing babies, and film them without frightening them into the water.

WHO’D WANT TO BE A WOMBAT?

In the mountains of Tasmania, the bare-nosed wombat has an unusual chat-up line.

When a male spots a girl wombat he fancies, he sidles up and sinks his long front teeth into her backside. 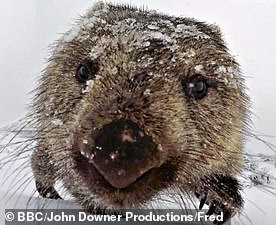 Bizarre as it sounds, the female hates this: she invariably leaps a foot into the air and makes a run for it.

Aroused, the male pursues her and does it again.

With such a lousy technique, it’s no surprise that wombat love-making is rarely successful.

But they have low expectations: the rest of their lives at high altitude is spent scratching for grass and roots in the frozen soil, and getting crusted in ice.

It’s tough being a bare-nosed wombat.

The spy was checked out and then ignored by the alpha males, who had more urgent matters on their minds.

When otters are in the mood for love, they’ll do anything to get their way – including kidnapping a baby.

Seizing a pup from its mother, the male dives before letting go of its hostage.

As the female saves her baby, the furry cad grabs hold of her and has his way.

They might look cute, but sea otters have low morals.

New Zealand’s alpine parrots, or keas, on the other hand, act like teenage tearaways, but they’re actually loving, faithful birds.

They mate for life and can survive for up to 50 years. However old a kea gets, though, it never loses its taste for mischief.

These birds have beaks like can-openers, which was bad news for the spy cameras sent into their colony.

The first resembled a snowball and had already survived a polar bear batting it about in the Arctic.

In New Zealand, it took the keas just minutes to reduce snowball-cam to junk.

They ripped the top off it as if pulling the ring on a fizzy drink can.

The camera’s last image was of a razor-sharp bill scything down.

Next to try its luck was the kea-cam, a lens hidden inside a full-size plastic parrot that waddled, turned its head and squawked on remote-control commands.

Something must have been lost in translation, though, because when the robot cawed, the other birds looked sideways as if it was talking gibberish.

At least they didn’t destroy it on sight.

But disaster struck when one kea found the remote-control box and started fiddling with the levers.

Soon it had worked out how to make the kea-cam turn its head and croak on demand. The game was up.

Other animals ignored the cameras so totally that the spies were able to observe behaviour almost never seen by human eyes.

A young polar bear found a seal carcass and was unable to devour it all in a sitting.

Reluctant to abandon the meal, it heaped snow over it to prevent other scavengers sniffing it out.

A polar bear mother and her newborn cub were also spotted emerging from their den by a spy camera waiting on the slope nearby.

Another camera, on a roving robot, powered by propellers and drifting over the ice on skis, watched the courtship of a mating pair of bears for two weeks.

Like humans, polar bears lock mouths in a passionate kiss to initiate sex.

After a fortnight of coupling, the male was starting to lose interest.

But these bears need to mate repeatedly to be sure of conception, and the female wasn’t finished.

She threw herself into a languid ‘come hither’ display to entice the male – you might call it North Pole-dancing.

Such brazen behaviour is rare.

Polar bears may be among the biggest carnivores on earth but they are deeply wary of humans.

To capture footage like this, even the most skilful wildlife cameraman needs help from a spy in the snow.

Spy In The Snow airs on Sunday 30 December at 7pm on BBC1.