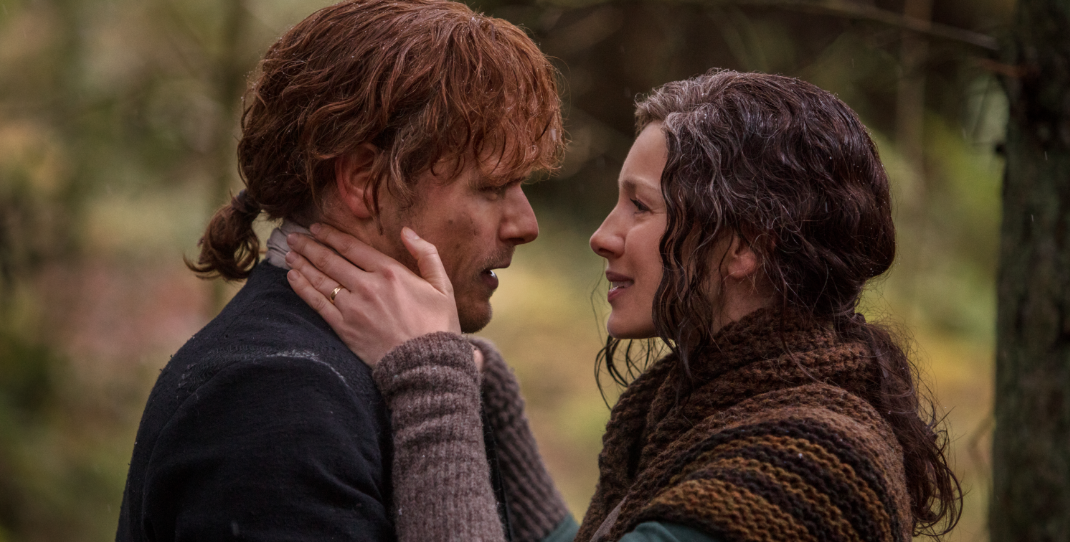 Welcome to another episode of Outlander! This week, there was only one bald eagle flying in slow motion, but it was fully majestic. Aside from that good/patriotic time, a lot of major reveals happened (and an important new character joined us—he’s a mule and his name is Clarence), including the following:

In case you’re wondering, Roger—man who is mysteriously and perhaps alarmingly obsessed with tweed—is still so in love with Brianna. In fact, he’s almost as in love with her as he is with his guitar, which he’s taken to playing seductively while wearing a turtleneck:

Roger’s so smitten that he abandons Scotland and heads to America so he can whisk Brianna way to a Highland festival in North Carolina—and everything is highly adorable between them. They take a cute road trip! They enjoy a bunch of playful banter about how great Dairy Queen is (wow, amazing job at #SponCon, Outlander)! Things are A++! And then?

Roger Proposes and Brianna Rejects Him

Because Roger is the literal worst, that’s why. Basically, these two have a great time at the festival, where they dance around in circles like some sort of off-brand Rose and Jack in Titanic—and eventually start hooking up after getting turned on underneath a taxideriedy deer head. But instead of just enjoying the moment, Roger proposes—and then gets inexplicably furious when Brianna says he’s moving too fast. Plus, he says a series of truly terrible things including,”You won’t marry me but you’ll fuck me” and “If all I wanted was to have my way with you I’d have had you on your back a dozen times last summer.”

So yeah, Brianna and Roger “Toxic Masculinity in a Turtleneck” MacKenzie are over due to him being generally terrible. I think we should all take a minute to listen to this:

Said book is about Scottish settlers in Colonial America, and it doesn’t take a genius to assume Roger and his turtleneck will despondently read it in a few episodes, stumble upon a chapter about Claire and Jamie, and then have an excuse to get in touch with Brianna.

And honestly, thank god. These two decide to bounce because Jamie wants to be “master of his own soil,” much like he is master of his extremely stringy yet mysteriously attractive straight-across bangs! 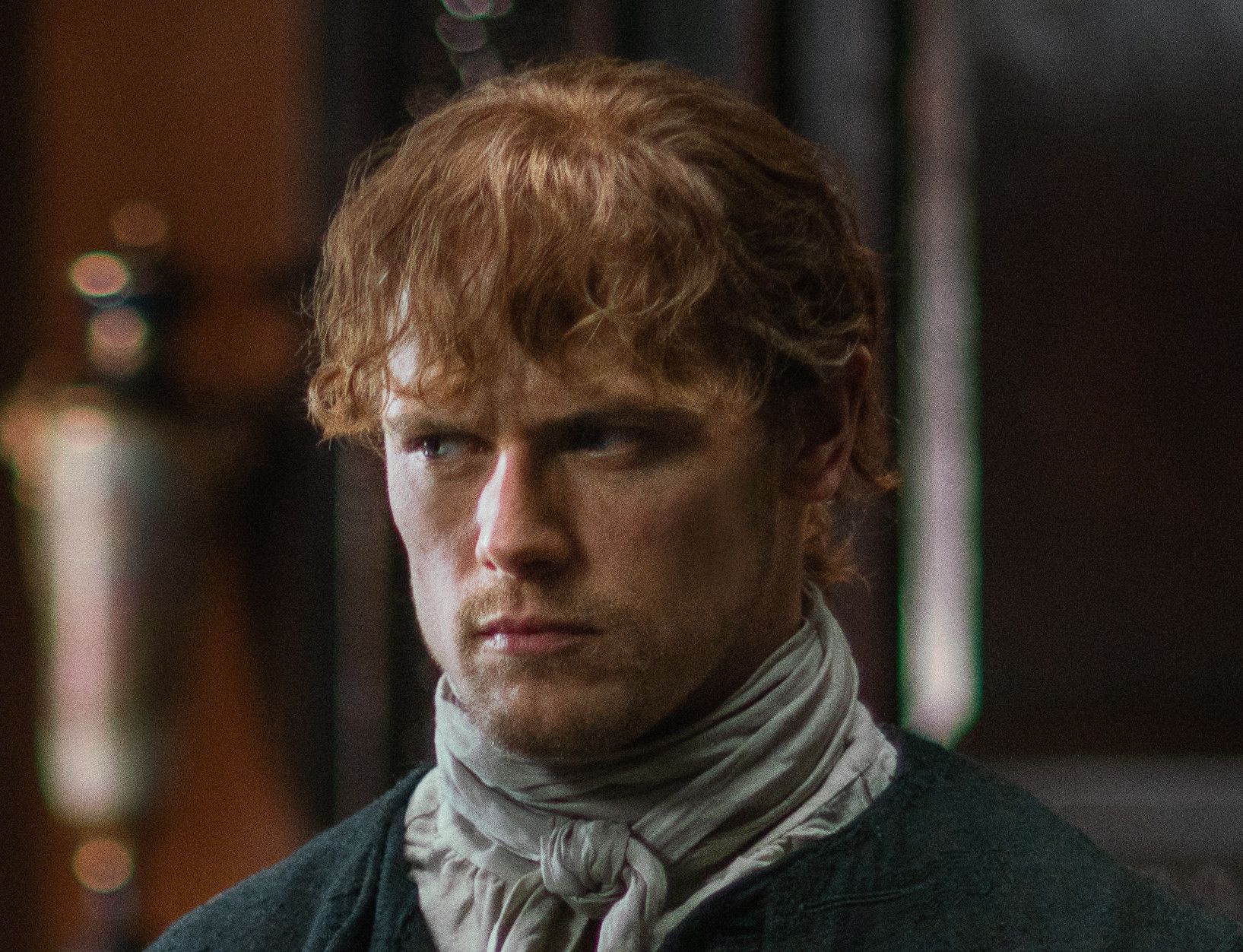 Anyway, Aunt Jocasta seems very upset that Claire and Jamie are leaving, but gives them A) a very cute mule named Clarence, and B) some fancy candlesticks that belonged to Jamie’s mom. Please note that he’s all, “I’ll treasure them,” but like, will you really, Jamie? Because last time you had something valuable it was stolen from you within 24 hours… So…

Jamie and Claire decide to travel West, into the Blue Ridge, and naturally lose their new mule friend within five seconds. Even more naturally, Claire is like, “I SHALL GO FETCH HIM,” and immediately gets lost in a rain storm. And what happens next, you ask? Why, she settles down for the night under a fallen tree and immediately finds a skull (and pretty crystal) buried next to her. Which…

Mysteriously, footprints—which the ghost clearly left, and of her shoes, no less—lead her back to Jamie, and Claire then realizes that the skull has silver filings…which won’t be invented for another 100 years. You know what that means: that ghost was a time-traveler.

Despite agreeing to live in a small town, Claire and Jamie stumble upon a pretty view, fall in love, and immediately decide to live there with a land grant. Nah, they don’t know if anyone else is already occupying the area, but there’s nothing more American than walking onto a property that doesn’t belong to you and being like, “Hey, this is mine now.”

Much like Britney Spears in the “I’m Not a Girl, Not Yet a Woman” era, young Ian is caught between boyhood and manhood, and in this, episode he morphed into a man. Meaning Ian mad the big boy decision to ditch Scotland and make a life in America.

^The expression of a man who is MATURE.

The Artist Formerly Known as Young Ian ends up traveling solo with a burly scout named John Quincy Myers, but honestly who cares, all that matters is his dog Rollo, who continues to be a very good boy. Again, if Outlander kills this dog, I. Will. Riot.