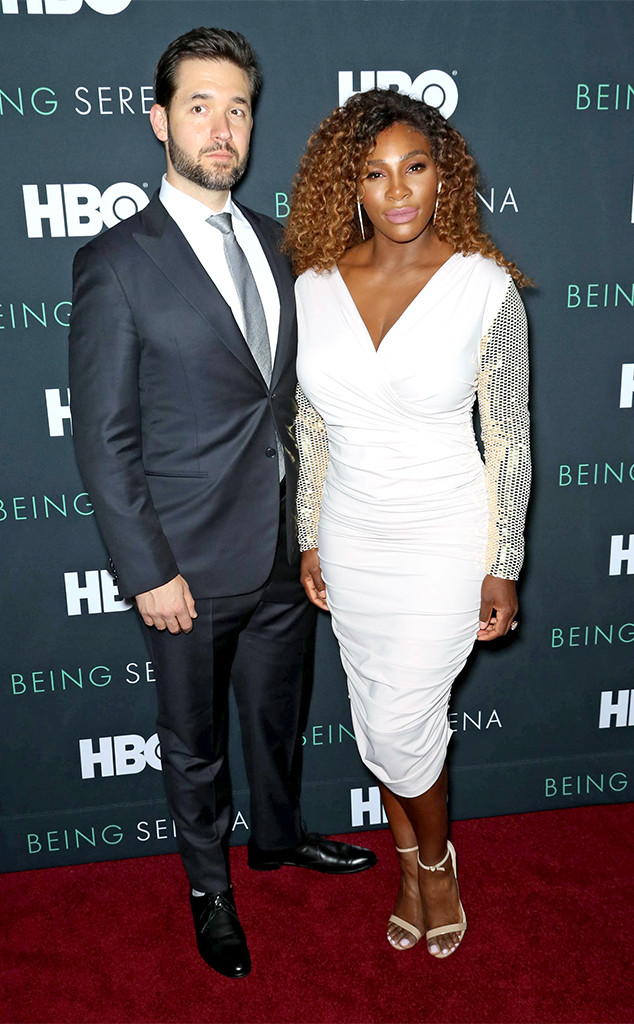 The Reddit cofounder celebrated their first year of marriage on Friday by sharing a never-before-seen photo from their wedding day on Instagram. The black-and-white snapshot showed the couple dancing during their wedding reception. The tennis pro stunned in a Versace dress with beads and feathers in the photograph—one of her three dresses for the big day.

Along with the photo, the happy hubby posted a sweet anniversary message for his spouse.

“365 days later. And still dancing,” he wrote. “Only now Jr joins in. Happy anniversary, my queen. Here’s to many, many more.”

“Jr.,” of course, refers to the couple’s 1-year-old daughter: Alexis Olympia. The proud parents welcomed their firstborn in the fall of 2017.

The athlete wed the venture capitalist at New Orleans’ Contemporary Arts Center in November 2017. According to Vogue, Williams walked down the aisle in front of 200 guests in a strapless Sarah Burton for Alexander McQueen gown. Shen then changed into two Versace gowns for the reception. She also wore nearly $4 million in jewelry on the big day.

Of course, the couple’s family and friends were there, including Venus Williams and the duo’s little one. There were also quite a few celebrity guests, including Kim Kardashian and Eva Longoria 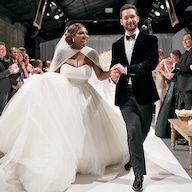 365 days later. And still dancing. Only now Jr joins in. Happy anniversary, my queen. Here's to many, many more.

365 days later. And still dancing. Only now Jr joins in. Happy anniversary, my queen. Here's to many, many more.

It certainly has been a busy year for the couple. In addition to tying the knot and becoming parents, the two attended Prince Harry and Meghan Markle‘s royal wedding. Williams also continued to dominate the court, making it all the way to the finals of the U.S. Open.