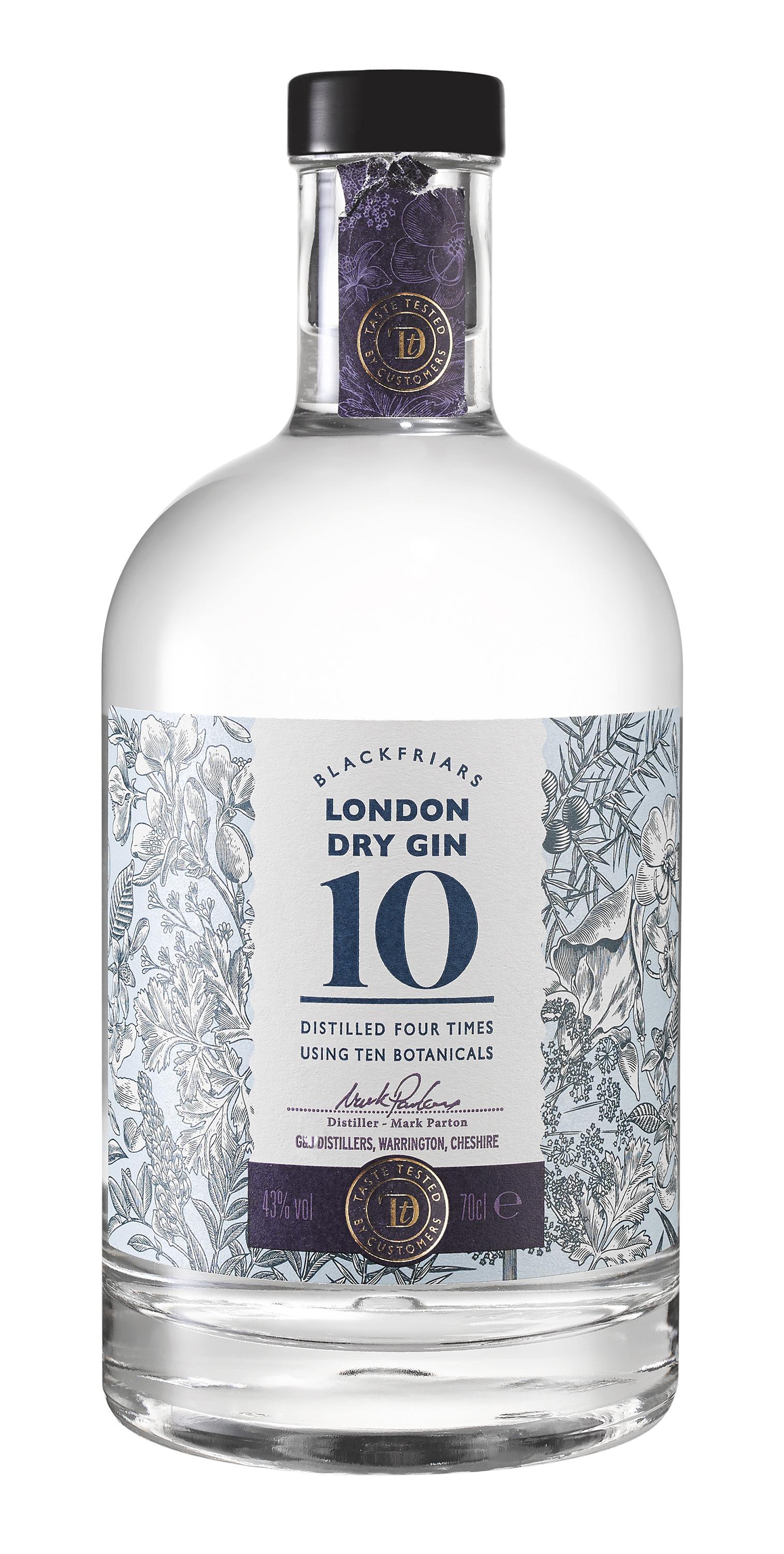 Sainsbury’s Taste the Difference Blackfriars Gin was a stand-out favourite with a score of 83 per cent and was praised by the panel for its “exuberant aroma and freshness” as well as its “complexity and balance”.

The only brand-name gin to make the top five was Tanqueray Dry Gin (£18). Coming in at second place, this gin was described as “fantastically zesty” and boasting a “big, juniper aroma” with a score of 75 per cent.

M&S London Gin, which is cheaper at £15 a bottle, was awarded 71 per cent by the panel. 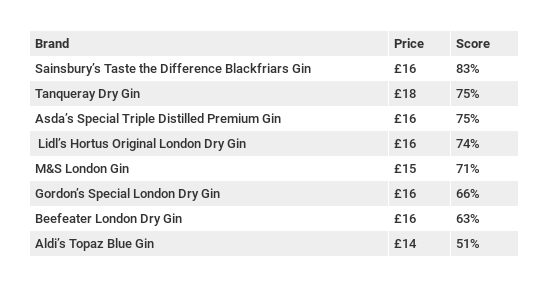 Not all supermarket gins impressed the experts however. At the other end of the scale, Aldi’s Topaz Blue Gin (£14) was awarded a score of just of just 51 per cent with the panel agreeing that this gin was simply too weak and bland to stand out from the tonic.

In the UK, sales of gin doubled in the five-year lead up to March 2018, with a number of new craft and premium distillers cropping up.

“With sales of gin rocketing and shoppers facing more choice than ever, it’s good news for gin-lovers that our expert test has found some excellent high street contenders that don’t cost a fortune,” said Harry Rose, editor of Which? Magazine.

“Well-known brands are being challenged by a range of impressive supermarket offerings, showing how strong the demand for gin is now.”

Earlier this week Lidl launched a £12 spiced gin – and the supermarket even claims that its the new mulled wine.

In the past Aldi's £14 gin won an award over a bottle costing twice as much.