The Valdo Prosecco Marco Oro was previously £45, meaning shoppers can save £10 – or 22 per cent – per bottle. 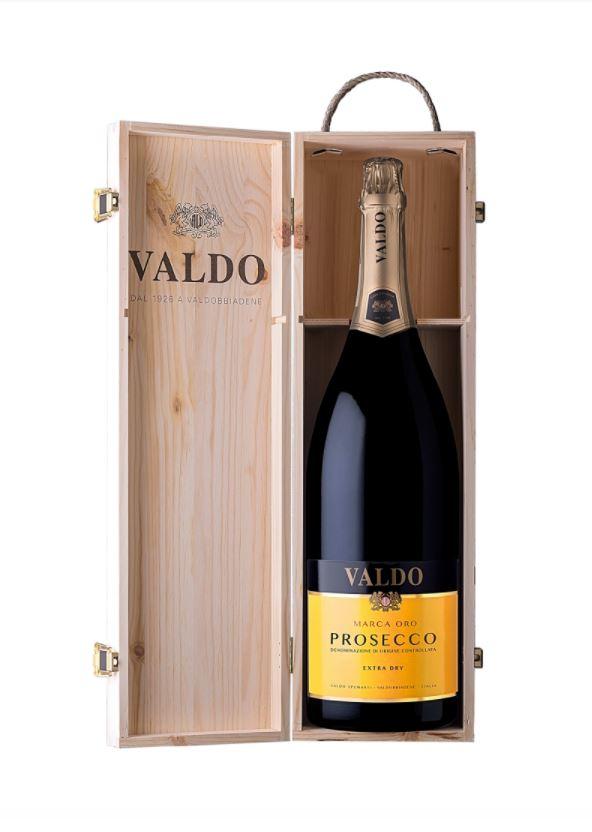 A jerobaum is four times the size of a regular bottle of bubbly, which contains 750ml (75cl) compared to the jerobaum's 3,000ml.

This means Sainsbury's jerobaum is the equivalent of £8.75 a bottle.

But you can save more cash by buying smaller bottles of Prosecco. Sainsbury's 75cl bottle of Valdo Prosecco Marco Oro costs £8, so buy four and you'll save £1 compared to the jerobaum.

Cheaper still is Sainsbury's 75cl bottle of Edizione 789 Di Mondelli Prosecco, which costs £6, saving you £11 for the same amount of bubbly as the jerobaum.

A jerobaum is twice the size of a magnum at 3 litres compared to 1.5 litres. The methuselah is the next size up at a whopping 6 litres.

And Sainsbury's reckons size really does matter; it predicts it will sell nearly 30,000 magnums between now and New Year’s Eve.

If you do decide the jerobaum is right for you, be aware that none of the other major supermarkets are selling one online this Christmas – although you may dig one out in stores.

Sainsbury's bottle is also only around in stores while stocks last – so you'll need to be quick.

The supermarket has over 600 supermarkets around the UK – find your nearest using its store locator tool.

We've also put together a handy guide of Sainsbury's Christmas and New Year opening hours so you don't get caught out.

But it was Morrisons' £7 Prosecco that was named best supermarket fizz in a taste test.