The Bat is back in town.

Robert Pattinson was spotted filming a scene for “The Batman” for the first time since production was shut down due to a COVID-19 infection, MailOnline reported. Filming officially resumed on Sept. 17, after halting production for two weeks when somebody involved with the movie, who was said to be Pattinson, tested positive for the coronavirus.

But on Monday a healthy Pattinson, 34, was spotted outside St. George’s Hall in Liverpool, England, filming a funeral scene. It was the first time the British actor has been seen outside in character. Warner Bros. also had about 100 extras on hand for the sequence, which has jarred some insiders given the UK’s recent spike in coronavirus cases.

“Quite a few of us are surprised, to say the least, that around 100 people based in a film studio in Hertfordshire are being asked to go to a high risk area in the North West,” a source told MailOnline. “However, to be fair to the production company, they do test for coronavirus.”

The film also plans to have Chicago double as Gotham City, the Chicago Tribune reported, just as it did during Christopher Nolan’s 2008 “The Dark Knight.” 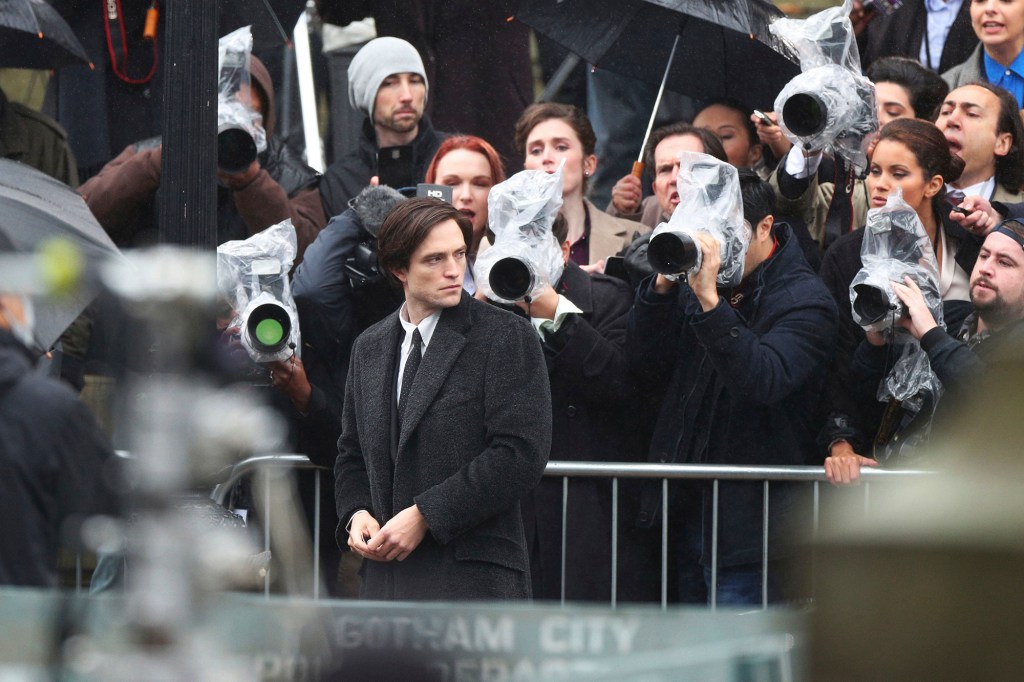 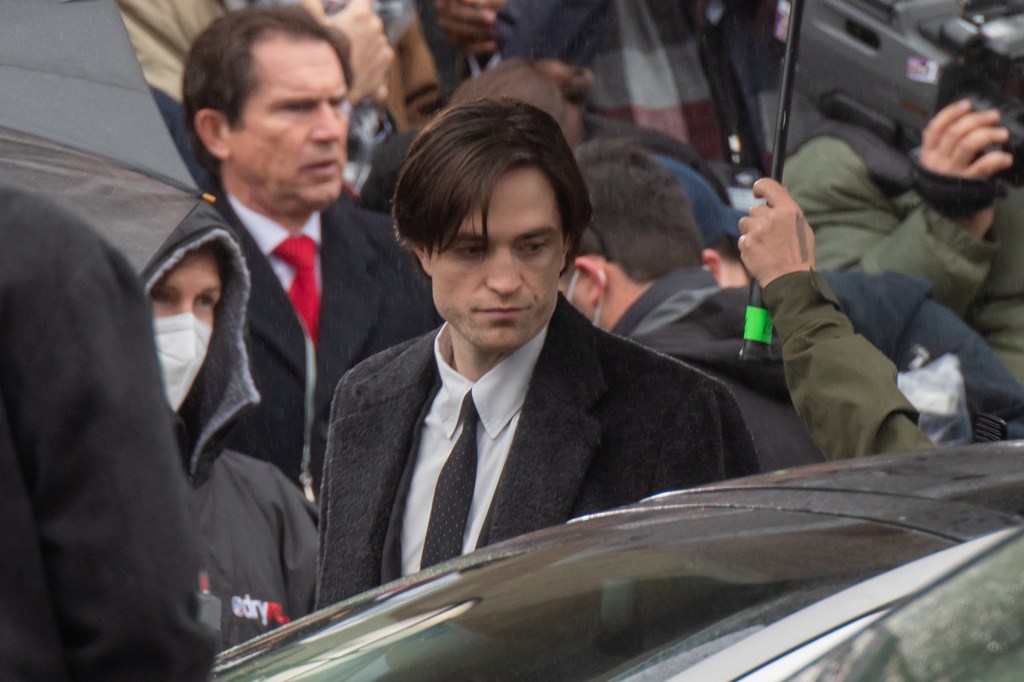 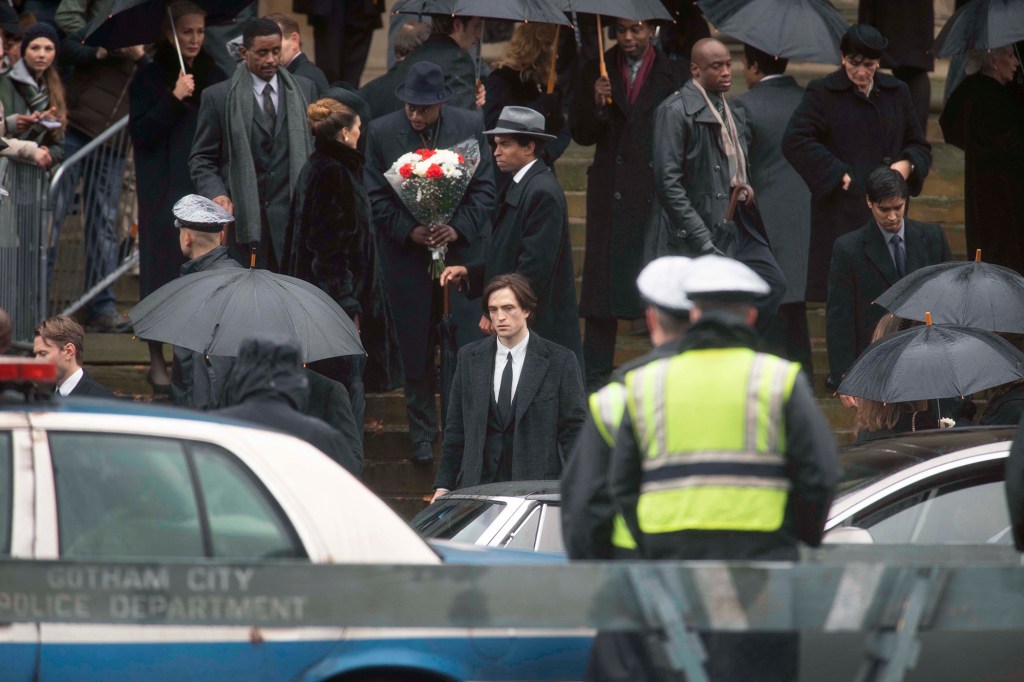 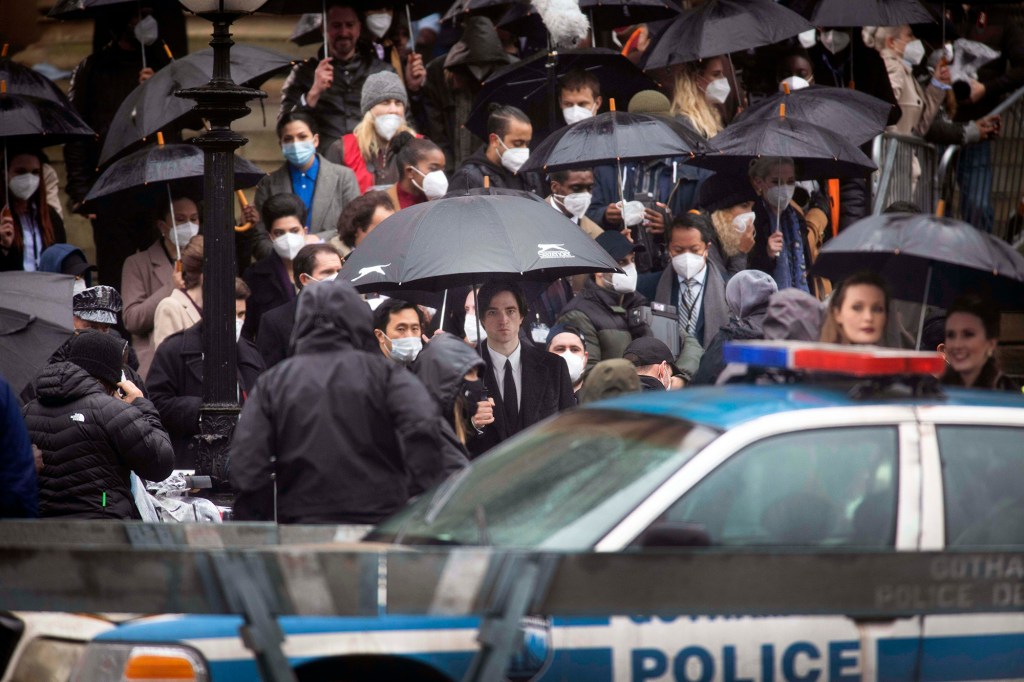 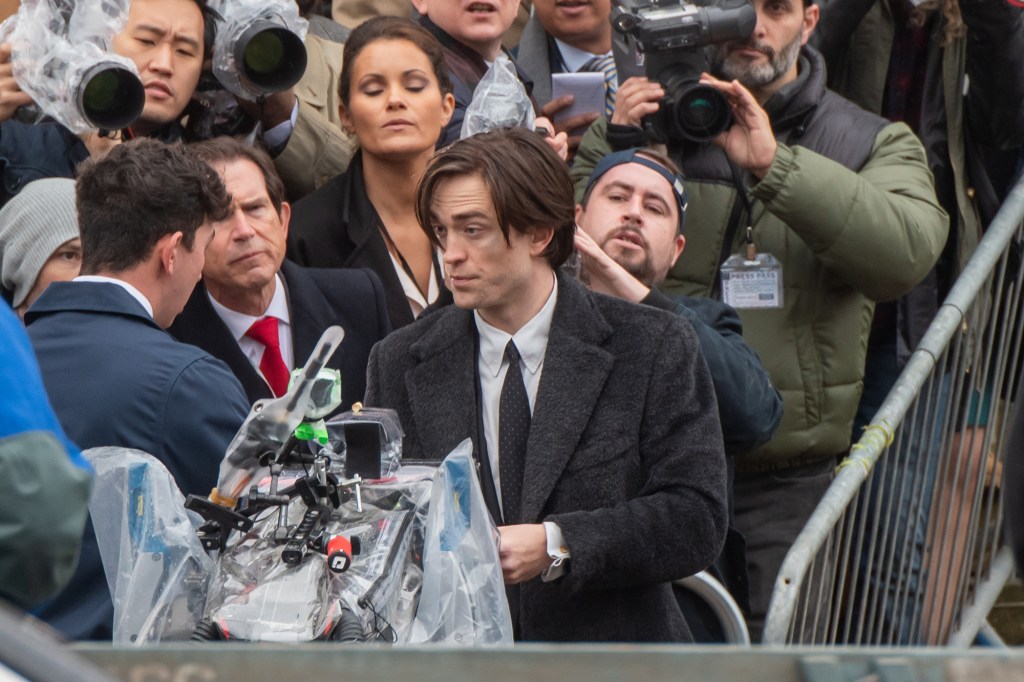 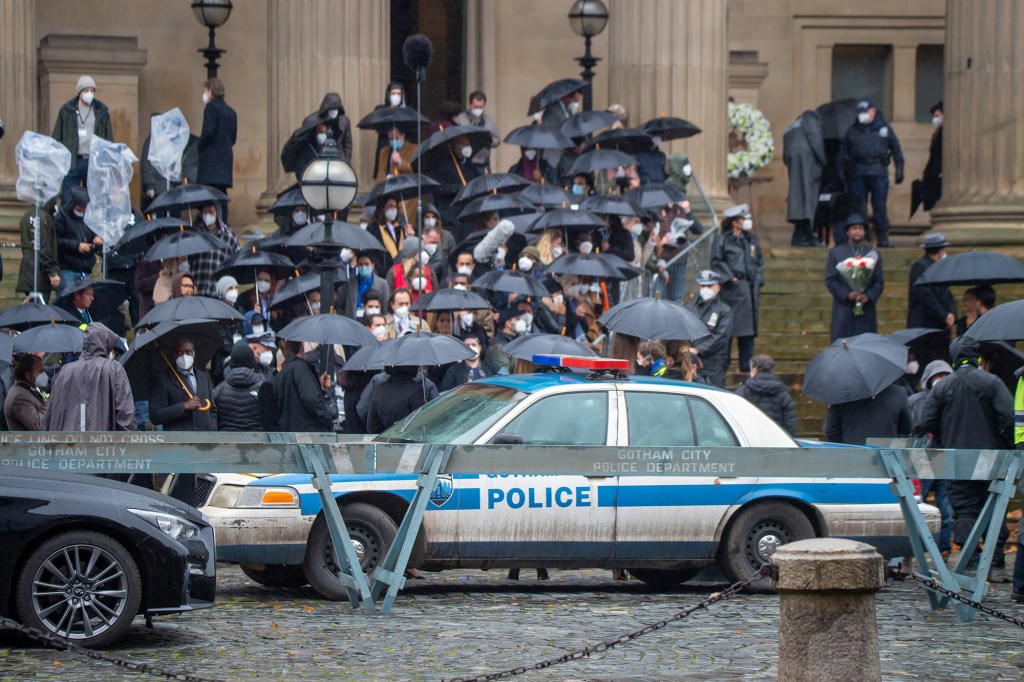 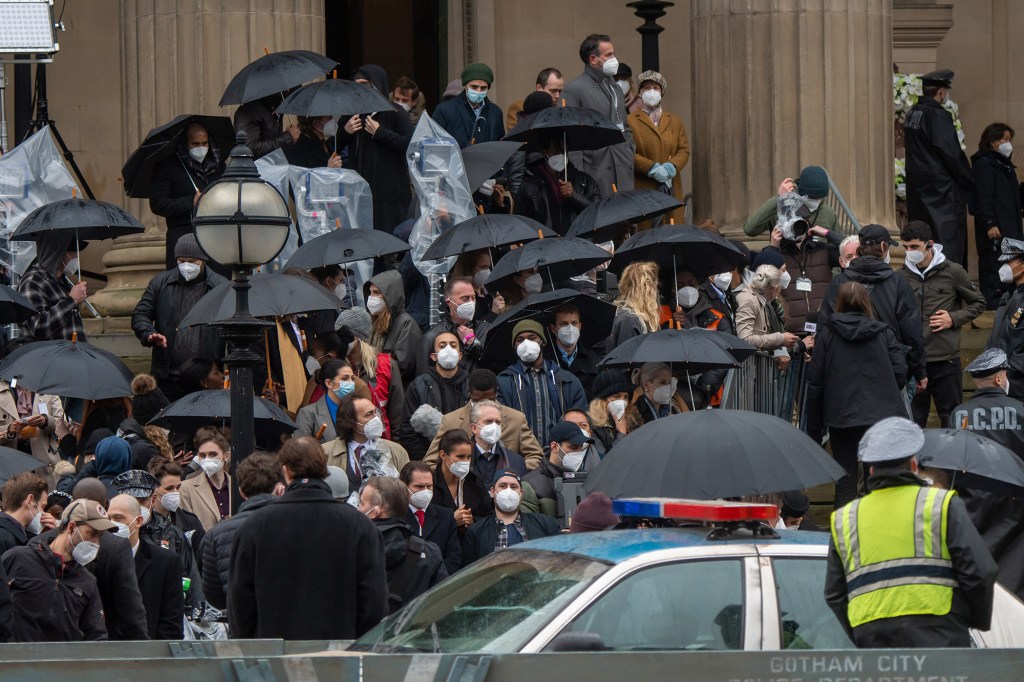