As the self-serving political class fight over the backstop and squabble over who should be PM, RICHARD LITTLEJOHN says I’m a Brexiteer, get me out of here!

My best guess on Brexit has always been that a dirty deal was done before the Chequers ambush in the summer.

Mother Theresa would present her shabby withdrawal agreement, certain in the knowledge that it would never get the support of her own party, let alone the House of Commons.

But in the process, she would shed the most truculent Brexiteers from her Government and, eventually, pull a rabbit from the hat at the last minute which would allow her to pilot a marshmallow-soft, Brexit-in-name-only through Parliament.

I assumed the EU’s grand panjandrums were fully on-board with this cynical stitch-up, whatever noises they made for public consumption. If there’s one thing Jean-Paul-Georges-et-Ringo would love more than the UK crawling back into the fold, tail between legs, it’s Mrs May’s craven plan to keep us in their orbit as a serf state, under the thumb but shorn of all influence. 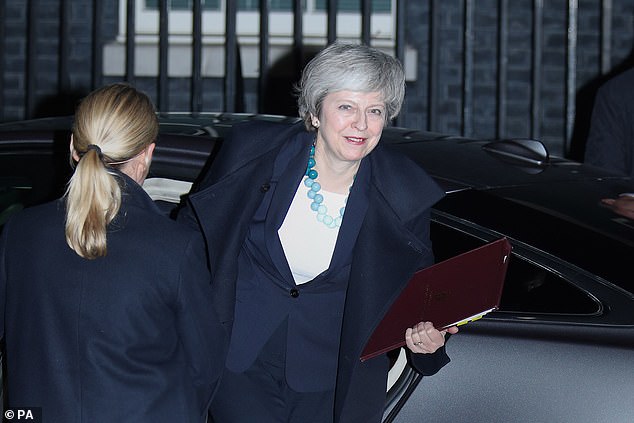 Up until yesterday, anyway, everything was going according to plan. That was before she bottled putting her ‘deal’ to the vote, when the overwhelming scale of her looming defeat became apparent.

No Prime Minister could have survived in office given the hammering she would have taken in the division lobbies. So, instead of scuttling off to Brussels begging for more pre-arranged ‘concessions’ after a slim defeat in Parliament, she has been forced to step back from the abyss.

Theresa says she intends to return to the EU to seek further ‘reassurance’ on the Irish backstop. Be honest, have you any idea what this ‘backstop’ nonsense is all about? It’s an elaborate smokescreen, dreamed up to stop a proper Brexit.

Long story short, without going into teeth-grindingly boring detail, it is designed to divide Northern Ireland from the rest of the UK and ensure that we can never, ever, leave the EU’s customs union, without the permission of our so-called ‘partners’.

That pipsqueak ingrate Irish premier Lenny Verruca didn’t do Mrs May any favours yesterday, either, dancing a jig to the Brussels tune and issuing empty threats against a benevolent, and much larger, neighbour which kept his country afloat during difficult economic times.

Of all the horror stories put about by Project Fear, the warnings about Brexit imperilling the Irish peace process are by far and away the most despicable.

It is an insult not just to Britain, but to the Irish people themselves, on whichever side of the political divide, who have invested so much in resolving their differences.

For opportunist politicians to exploit their goodwill with incendiary remarks about reigniting violence is beneath contempt.

So, too, the garbage about children going hungry because school meals won’t be available after Brexit, or people dying from lack of imported medicines. Enough, already. 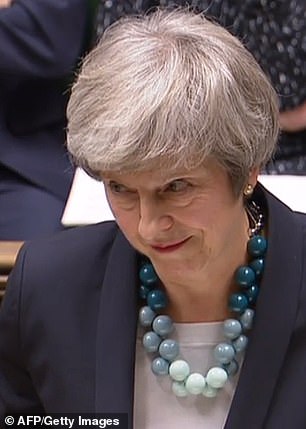 Mother Theresa would present her shabby withdrawal agreement, certain in the knowledge that it would never get the support of her own party, let alone the House of Commons

Look, I say again, even hardline ‘no deal’ Brexiteers like me accept that there will have to be some compromises if we are to get out of the EU in one piece. But the antics of the political class have been shameful, an insult to the intelligence of every single one of us who pays their wages.

As I said last week, who can you trust? With a few honourable exceptions, their collective behaviour has been self-serving and disgraceful.

I admired Boris for having the courage to come out in favour of Leave, even if he did take for ever to weigh his options.

He should have got the top job after the referendum, but was carved up by his oppo Michael Gove, who clearly still fancies his own chances of becoming Prime Minister. Don’t they all?

But when Boris turned up on TV at the weekend with a smart new haircut, my heart sank.

This is no longer about Brexit, it’s about him.

Then I read that Boris is apparently part of a Tory leadership dream ticket with Amber Rudd. I’m sorry, I’ll just read that again. This is the same Look Back In Amber who not so long ago was slagging off Boris, accusing him of not being safe in taxis.

Now we’re asked to believe they’re Westminster’s lovey-dovey answer to Seann and Katya (whoever they are). I’m only surprised that Amber hasn’t had a Mrs Thatcher perm — that’s if Esther McRantzen, or whatever her name is, hasn’t beaten her to it.

And so this is Christmas, and what have they done? Apart from squabbling among themselves — nothing. My best guess is still that a grubby deal has been done and may yet be revived.

But after yesterday, I wouldn’t bank on anything any more.

The political class must think that we’re so stupid and bored with the whole business that we’ll accept any deal they can cobble together.

And, you know what: sadly, maybe they’re right.

I’m a Brexiteer. Get me out of here.

Many of the beavers imported from Europe are carrying a particularly nasty strain of tapeworm, which can prove lethal to foxes

However Brexit works out, or doesn’t, there seems to be no end to mass immigration. The number of EU citizens settling in Britain may have fallen since the referendum, but arrivals from the rest of the world have hit a 14-year high.

A quarter of a million more people came here from outside the EU than left in the past year, an increase of 40 per cent. It was another triumph for Mother Theresa, who — don’t forget — was in charge of immigration at the Home Office until the keys to Number 10 dropped into her lap.

Her other notable success was reintroducing beavers to the Forest of Dean, by extending freedom of movement rules (for beavers) which already apply between Germany, Belgium and Holland. (How does that work, then? Do beavers have their own ‘Nothing to Declare’ lane?)

Sadly, that initiative has backfired. It turns out that many of the beavers imported from Europe are carrying a particularly nasty strain of tapeworm, which can prove lethal to foxes.

Officials have been forced to apply an emergency brake, so to speak. As a result, beavers are massing in the Dutch province of Limburg, awaiting passage to Britain — a bit like the Jungle, at Calais, only for beavers.

Currently, we are only admitting beavers from Norway, which is tapeworm-free — presumably, the famous ‘Norway Option’ we keep hearing so much about these days. I have visions of beavers stowing away in container lorries, leaping out at the Watford Gap services, and heading for Croydon, where they can claim asylum.

Or steaming across the North Sea on a flotilla of inflatable speedboats and lilos, like illegals from Syria and Sudan. But hang on a minute. If their strain of tapeworm kills foxes, what’s not to like? Especially if it also wipes out badgers and muntjacs. Instead of pulling up the drawbridge, we should be giving them assisted passage.

As Leslie Nielsen said to Priscilla Presley in The Naked Gun: ‘Nice beaver!’ 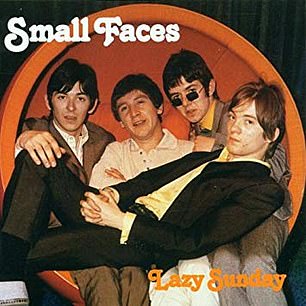 Wouldn’t it be nice to get on wiv me neighbours? But they make it very clear, they’ve got no room for Leavers!

My habit when writing this column is to sit at the wordface with Sky News (muted) on the TV and music playing loudly, either my own extensive record collection, on shuffle, or Radio 2. Every now and again, this can accidentally create the perfect soundtrack.

Yesterday afternoon, as the pictures from Parliament were leading up to the debate on our future relationship with Europe, Steve Wright’s non-stop oldies featured Lazy Sunday Afternoon by the Small Faces.

Wouldn’t it be nice to get on wiv me neighbours? But they make it very clear, they’ve got no room for Leavers!

Better still, Stevie Marriott spoke for Britain, from beyond the grave.

They’re doin’ me crust in, it’s no good at all.