Remark of a truncated parliamentary week came from raffish Sir Desmond Swayne, he of the luxuriant, snowy hairdo and barked ejaculations.

On Monday afternoon, Sir Desmond and a few others endured a maddeningly perky homily from Health Secretary Matt Hancock about how we must drink less, take more exercise, eat less salt.

Mr Hancock leapt about the place. He yelped. Whacked the despatch box. Created a sense of occasion. He may have been jolly irritating but at least his friskiness suggested purpose. 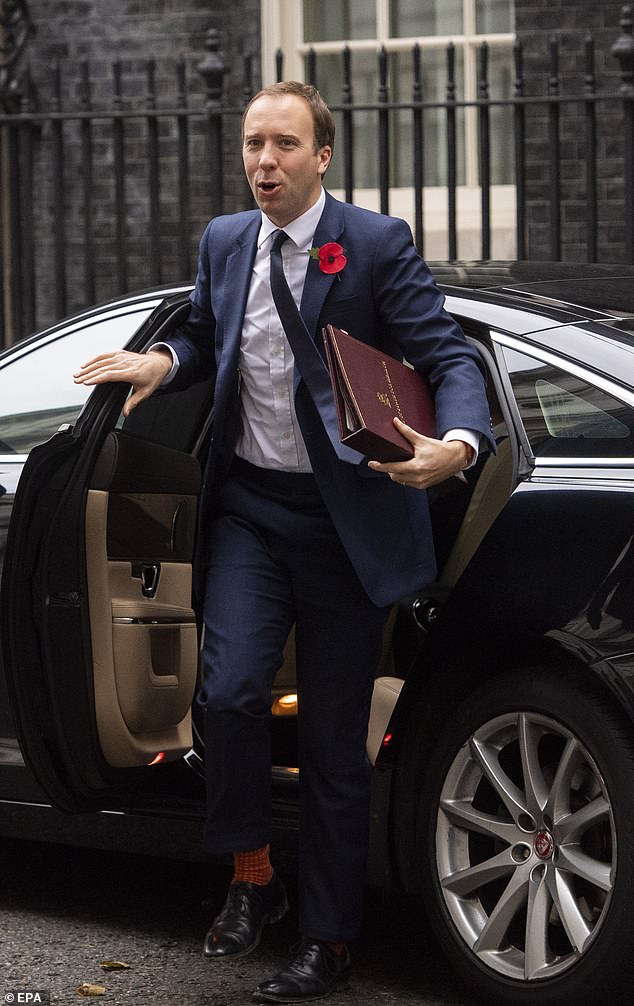 Matt Hancock: ‘He may have been jolly irritating but at least his friskiness suggested purpose’ says Quentin Letts

Sir Desmond, after enough minutes of this Tigger instructing us to sober up and do more press-ups if we wished to live longer, observed: ‘Life will certainly seem longer.’ Yesterday morning Old Swayne (Con, New Forest W) was back in his berth for Treasury Questions. The session was meant to last an hour but ran ten minutes overtime.

Pace Sir Desmond’s Monday remark, it felt like half an ice age.

An unfull House. When Gordon Brown and George Osborne were Chancellor, Treasury Questions drew one of the big gates of the month. That was partly because Brown and Osborne had cohorts of groupies.

It was also because MPs relished the partisan fireworks. Gordon was the Big Clunking Fist and George had a devilish ability to infuriate Ed Balls. Sigh. Such days.

Philip Hammond presides over Questions with mournful detachment. His bones are there but aura is absent. Parliamentary knockabout? Please, don’t be vulgar. Yesterday he could have been invigilating a school exam.

Even when he disagreed with his opposite number John McDonnell, who asked about Brexit, it was done with level, nasal belittlement rather than anything more sporty.

You only had to look at the box office returns and an almost vacant public gallery – a few schoolchildren, rigid with boredom – to see that this Chancellor does not grip.

First question came from Lib Dem leader Sir Vince Cable, wanting more money for post-16 colleges. Mr Hammond intoned that a programme was being ‘rolled out’ and there was a ‘funding commitment’.

He referred to pupils as ‘learners’. What about those who learn nothing?

Soon the Hammond horror show was glueing away to a Conservative MP about ‘excellence in teaching and in the leadership of our schools and a well-resourced system led by excellent leaders and staffed by brilliant teachers – the best guarantee of Britain’s bright future’. 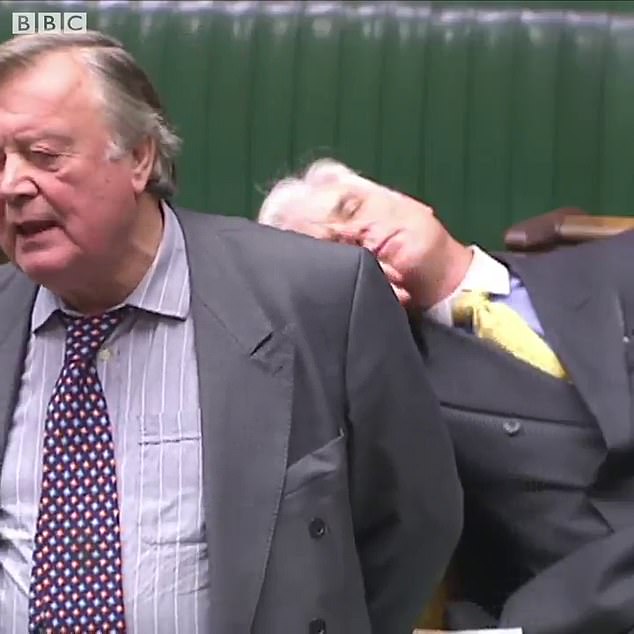 Sir Desmond Swayne, who earlier this year fell asleep during a speech by Ken Clarke, said after enough minutes of Matt Hancock instructing us to sober up and do more press-ups if we wished to live longer, observed: ‘Life will certainly seem longer’

Say those words to yourself. Go on. You hit ‘brilliant’ and ‘bright’ with a zing, don’t you? You vary the force. You inject life into the sentence, as Tigger Hancock would have done.

Hired-grief Hammond is incapable of such energy. His jaw works up and down – imagine a man chewing soft cabbage – and the words emerge like so many grey socks from a hosiery production line. Plop plop plop, a production line of bland woollens.

He was so uninspiring that Barry Sheerman (Lab, Huddersfield) harked back nostalgically to the days of Alistair Darling, ‘a real statesman and a real Chancellor’.

Blimey. To be thought duller than Darling. That’s like losing to San Marino at football. Mr Hammond stared emptily at bonkers Barry and accused him of ‘synthetic anger’. 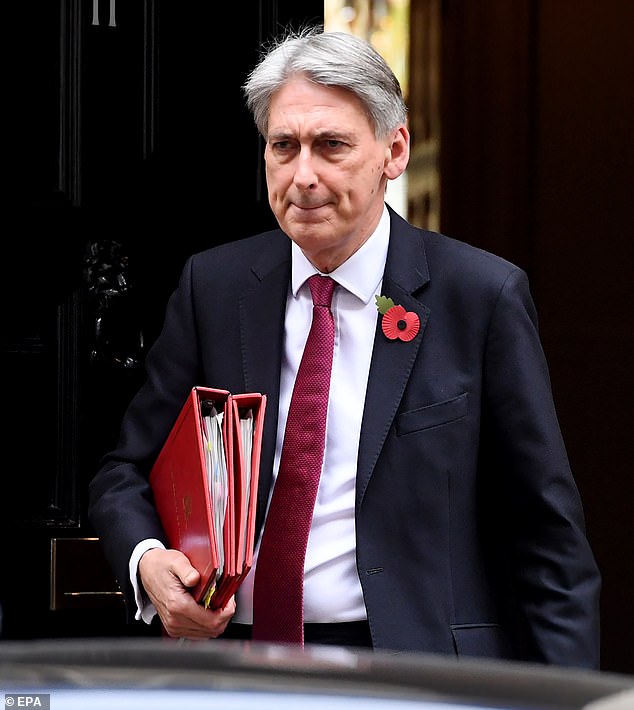 ‘Philip Hammond presides over Questions with mournful detachment. His bones are there but aura is absent’ says Quentin Letts

The one thing that excited Treasury ministers was splurging more of our money. Public spending on schools had never been higher.

A record £6 billion was going towards childcare. There was a ‘huge increase’ for the NHS and similar for the benefits system.

Our friend Sir Desmond Swayne roused himself: ‘What reassurance can ministers give those of us who hold on to the quaint belief that Budgets should balance?’ He was told not to worry.

Sir Edward Leigh (Con, Gainsborough) pointed out that after the Budget, Mr Hammond is taking as much out of the economy as Gordon Brown did at the end of his Chancellorship.

Mr Hammond said he was indeed taking ‘a balanced approach’ but he meant that in a political, not fiscal way. We are back to Blair-Brown. Without the sales patter.