Prince Harry is losing his hair ‘as quickly as William’ and could be bald by 50, surgeon claims (but is making no attempt to hide it thanks to his happiness with new wife Meghan)

The Duke of Sussex has made no attempt to hide his ‘accelerating’ hair loss thanks to marital happiness with new wife Meghan, a cosmetic surgeon has claimed.

The 34-year-old royal is now losing his hair as quickly as his older brother Prince William, according to Dr Asim Shahmalak.

The surgeon, who is based at Crown Clinic in Manchester and specialises in hair transplants, says that men happy in settled relationships make less effort to disguise their hair loss after finding their life partner.

Pictures of Harry and Meghan touring Australia last week show a rapid deterioration in Harry’s hair; the bald patch, which was previously only centred on his crown, now extends to right across the back of his scalp.

And Dr Shahmalak, whose clients include Calum Best and Dr Christian Jessen, has produced an image of how Prince Harry will look at 50 if his current rate of hair loss continues. 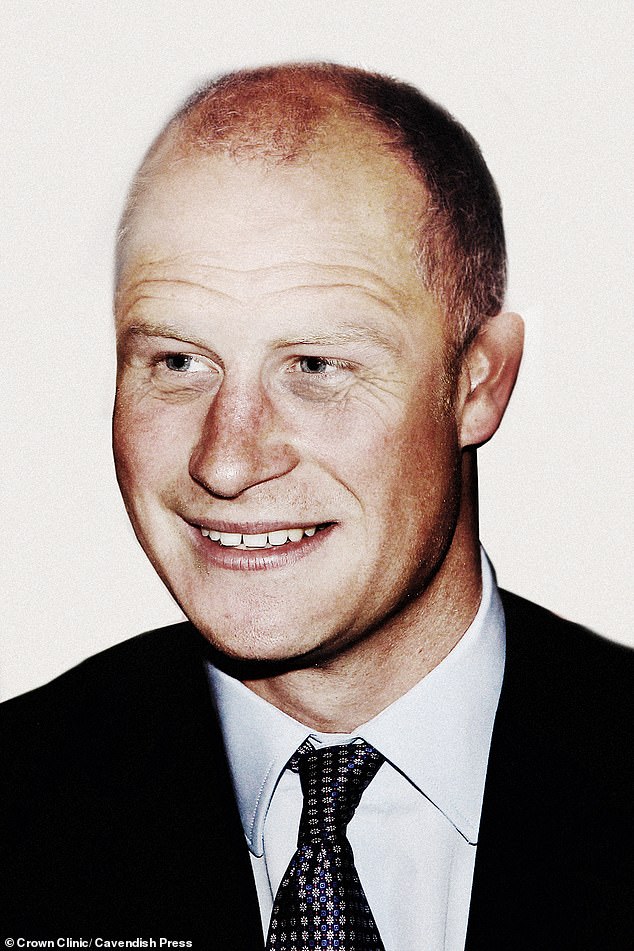 Is this what Prince Harry will look like at 50? Celebrity surgeon Dr Shahmalak produced this image of how the royal could look at 50 if his current rate of hair loss continues 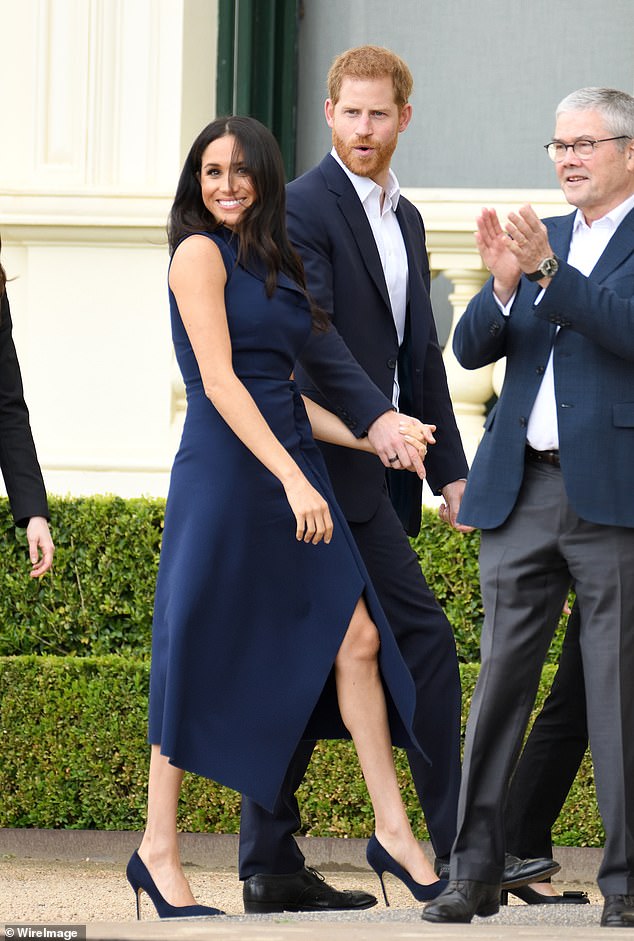 He said: ‘There has been a significant acceleration of his baldness in the last year and Harry is now losing his hair as rapidly as his brother William.

‘If he does not take action now, he faces suffering from advanced male pattern baldness like his brother in his forties and beyond.

‘The last year has been a wonderful period of happiness for Harry, culminating in his wedding to Meghan in Windsor in May.

‘While marital happiness does not bring about any hormonal changes which would affect hair loss, research shows that men in settled relationships tend to do less to disguise their baldness.

‘It reflects nature and the need to find a partner. Once that goal is achieved there is slightly less incentive to cover up hair loss.’ 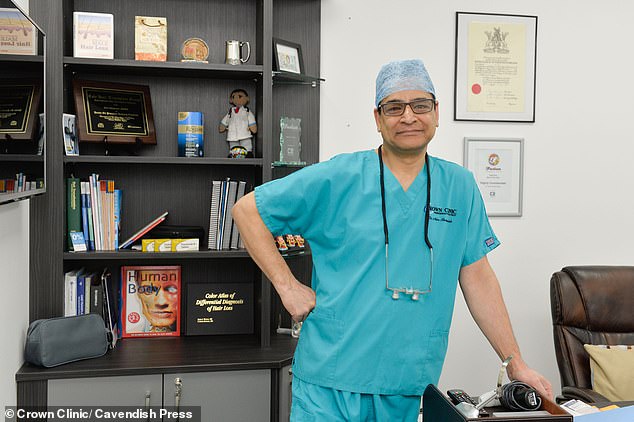 He added: ‘There are simple ways to mask the onset of hair loss in the short-term. You can use hair thickeners, which Wayne Rooney has done for years during big games to make his hair look thicker than it really is.

‘You can also give the impression of thicker hair by dying it a darker colour, as David Beckham did recently when he was in Hong Kong.

‘It is to Harry’s credit that he has not resorted to either of these measures. He clearly has a wife in Meghan who loves him no matter what the state of his hair.

The surgeon believes Harry may have grown his beard to compensate for the hair loss on his scalp.

He said: ‘It is very common for men who are thinning on top to grow a beard. It does detract a little for the hair loss in the scalp.

‘Beards are also a sign of virility and men are often reassured by the fact that while they may be losing hair on top, it still grows well in other parts of their body.’