A disappointed shopper has shared a snap of a ‘one size fits all’ trench coat from budget retailer Pretty Little Thing that swamped her frame when she tried it on.

Rachel Murphy, from Cheshire, posted the picture of her friend Gemma wearing a £20 camel jacket she had ordered, which fell to the model’s knee in the picture on the website, and created a flattering silhouette.

But when Gemma tried the coat on at home it more closely resembled a giant dressing gown and the hem reached the floor.

Rachel tweeted a picture of her pal wearing the voluminous coat with the caption: ‘PLT forever catfishing people.’ 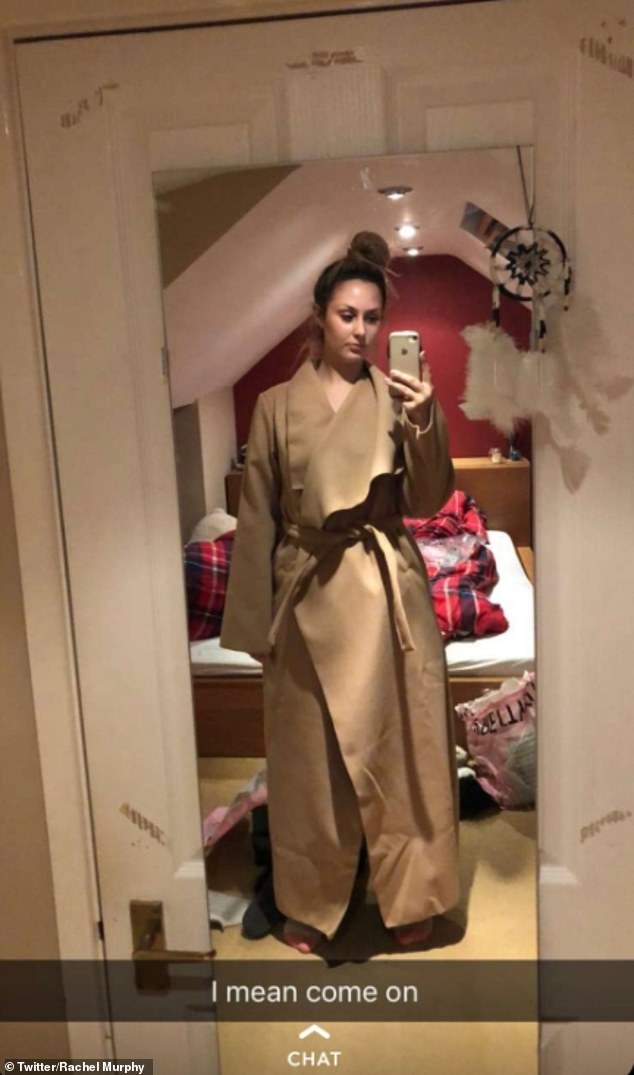 Rachel Murphy, from Cheshire, shared a picture of her friend Gemma (pictured) wearing a camel coat from PrettyLittleThing that swamped her slim frame

The £18 coat (pictured) is described as being ‘oversized’ on PrettyLittleThing’s website, but looks slim-fitted on the brand’s model

On PrettyLittleThing’s website the £20 jacket – called the Veronica Camel Oversized Waterfall Belt Coat and now reduced to £18 – sits neatly on the model’s shoulders and comes down to just below the knee.

The description reads: ‘This camel coat is the epitome of elegance, featuring a waterfall design that falls beautifully on the silhouette, team this over simple dresses and strappy heels for a statement look.’

While it is described as ‘oversized’, the enormity of the coat took Gemma by surprise, who sent the picture of herself wearing it to Rachel.

In the image the hem of the PLT coat comes down to Gemma’s ankles and the cuffs reach over her fingertips.

‘I mean come on!’ Gemma wrote in the caption of her photo which she shared with her friends on Snapchat.

Rachel tweeted the picture of her friend in the coat in comparison to how it is meant to look on the website. 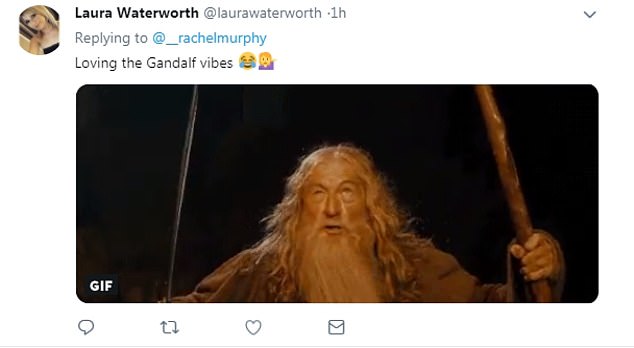 The tweet has since had over 21,000 likes and retweets on Twitter, leaving users in stitches (pictured). One tweeted: ‘PLT going downhill’

‘Star Wars has gone downhill,’ one tweeted, jokingly comparing her to a Jedi.

Another posted: ‘Keep the coat and try sneaking into the cinema with a mate.’

‘Was literally going to buy that Black Friday so happy I didn’t now,’ a third said.

Earlier this week a shopper claimed a jacket Pretty Little Thing had marked down from £60 to £54 as part of a Black Friday promotion had actually been available for less ‘a few weeks’ earlier. 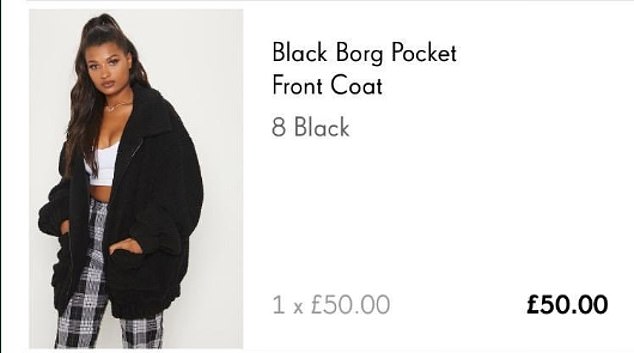 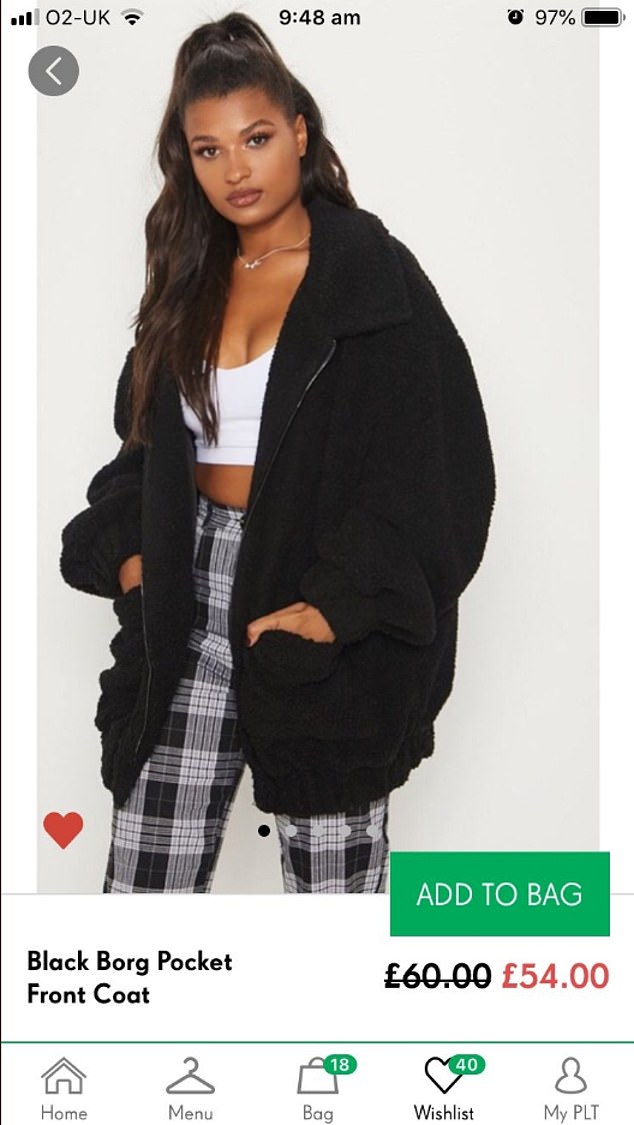 The same coat is currently displayed on the site states the original price is £60, and with discount applied is £54 – four pounds more expensive than the price when the shopper took the picture which is currently unknown

Twitter user Mhairi, 22, from Dundee was confused when she discovered that the coat she had been eyeing up just a few weeks ago was on sale for £54 after apparently being reduced from £60.

However, she claimed that the original price of the coat before the Black Friday sale was £50, making the ‘reduced’ buy more expensive.

A spokesperson for PrettyLittleThing told the MailOnline: ‘The borg jacket was marked up to a higher price point several weeks ago and was not increased in conjunction with any planned cyber promotion.

‘The jacket won’t be going back to the lower price point and we have contacted the customer directly to explain this.’