This is what motherhood looks like: Exhausted pregnant mum-of-two shares snap of her filthy food-stained car – and reveals how she made it look brand new again

An expectant mother-of-two exhausted by pregnancy who mustered the energy to clean four years of food stains from the backseat of her car has been hailed a hero by fellow mums.

Posting in a cleaning group on Facebook, the Sydney woman – who is 18 weeks pregnant with her third child – said she tackled the dirt with a Dyson vacuum and Bissell spot cleaner, which costs $259 on the brand’s website.

‘I actually can’t believe I let it get this bad,’ she wrote in the caption.

But despite saying she is ‘dying’ about how filthy the seats were before being cleaned for the ‘first time in four years’, her efforts have left them looking brand new. 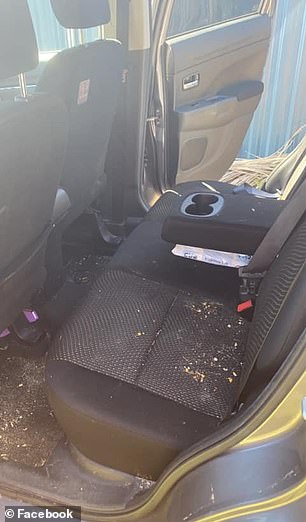 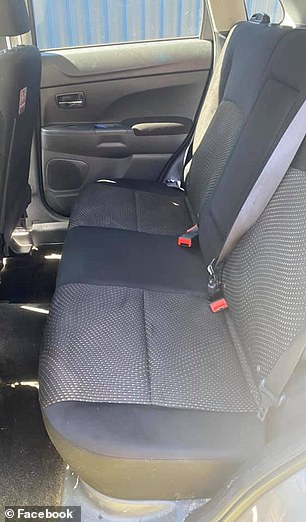 Despite saying she is ‘dying’ about how filthy the seats were (left) before being cleaned for the ‘first time in four years’, the Sydney mum’s efforts have left them looking brand new (right)

Mothers were quick to praise and assure her that their own cars often fall into far worse states.

‘To be honest I’m thinking about just throwing my whole car out. You did a great job,’ one woman wrote.

‘Good on you! I usually just pay a guy that comes to your house and does this, you were very brave,’ said a second, to which the mum replied: ‘I think I’m half insane!’

A third said she had done such a thorough job that no one would ever suspect the car had been anything other than spotless.

‘It’s done now, it’s like it never happened! What messy car?’ she wrote.

‘Girl go you! I literally clean my car once every two months and it looks like this every time! So if this is what yours looks like after 4 years… congrats,’ one mother said.

‘Pretty sure you took a photo of my car. I need to do mine too but motivation with kids is zero though,’ said another.

One mother confessed she didn’t think the car looked that bad, adding: ‘Mine is like that right now!’

Taylor Swift Did Her Own Hair, Makeup and Styling for the 2020 ACM Awards — See Her Final Look
Food & Drink News

Sonic puts its 'cherished' ice up for auction, gets bids above $300
Lifestyle News