VATICAN CITY — Pope Francis is grieving with Pittsburgh’s Jewish community following the massacre at a synagogue there, denouncing the “inhuman act of violence” and praying for an end to the “flames of hatred” that fueled it.

Francis led prayers for Pittsburgh on Sunday in St. Peter’s Square, a day after a gunman who had expressed hatred of Jews opened fire in the synagogue during Sabbath services, killing 11 people. 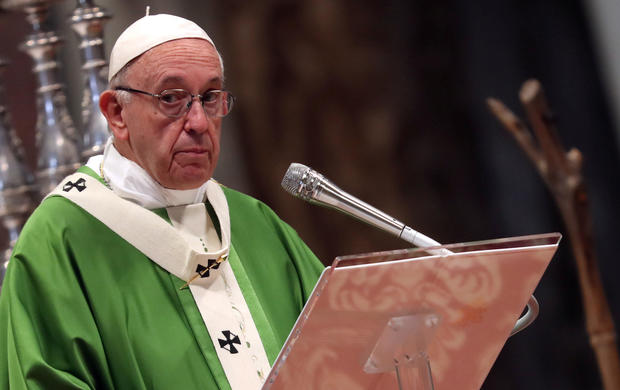 Pope Francis celebrates a closing mass at the end of the Synod of Bishops at the Vatican on Oct. 28, 2018.

Francis prayed for the dead, the injured and their families. He says “all of us are wounded by this inhuman act of violence.” He prayed for God “to help us to extinguish the flames of hatred that develop in our societies.”

Francis has frequently spoken out against religiously inspired violence and has denounced the easy availability of guns, calling arms manufacturers the “merchants of death.”