Domino's and Papa John's pizzas have the most pepperoni, according to an investigation from the new series of Channel 5 show Shop Smart, Save Money, which airs tonight. 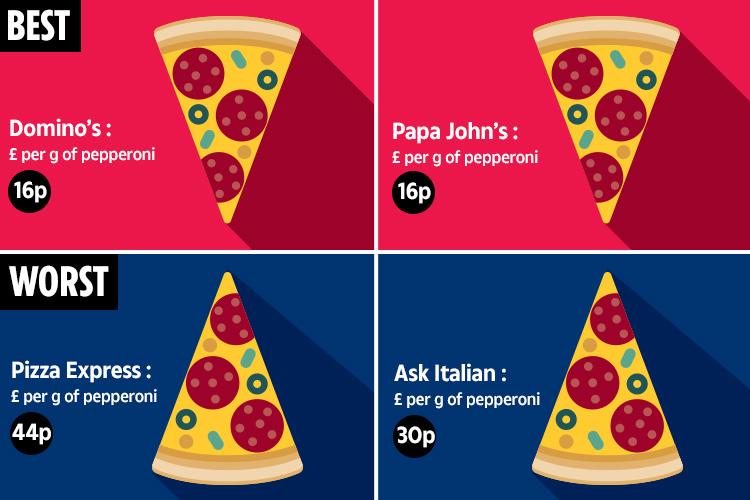 Researchers worked out the price per gram by taking the average price of the largest pepperoni pizza at each chain as well as the average weight of pepperoni slices on top.

Domino's pizzas are more expensive than Papa John's on average at £11.41 but they contain more pepperoni with 71.56g on average per pizza, according to the research.

Meanwhile Papa John's pizzas cost £10.85 and have 64.75g of pepperoni on average, the show found.

PizzaExpress was found to have the worst value pepperoni pizza, with each gram of the spicy sausage costing customers 44p.

An average American pizza on a Romana base costs £12.90 from the chain and only contains 29.49g of pepperoni, the researchers reported. 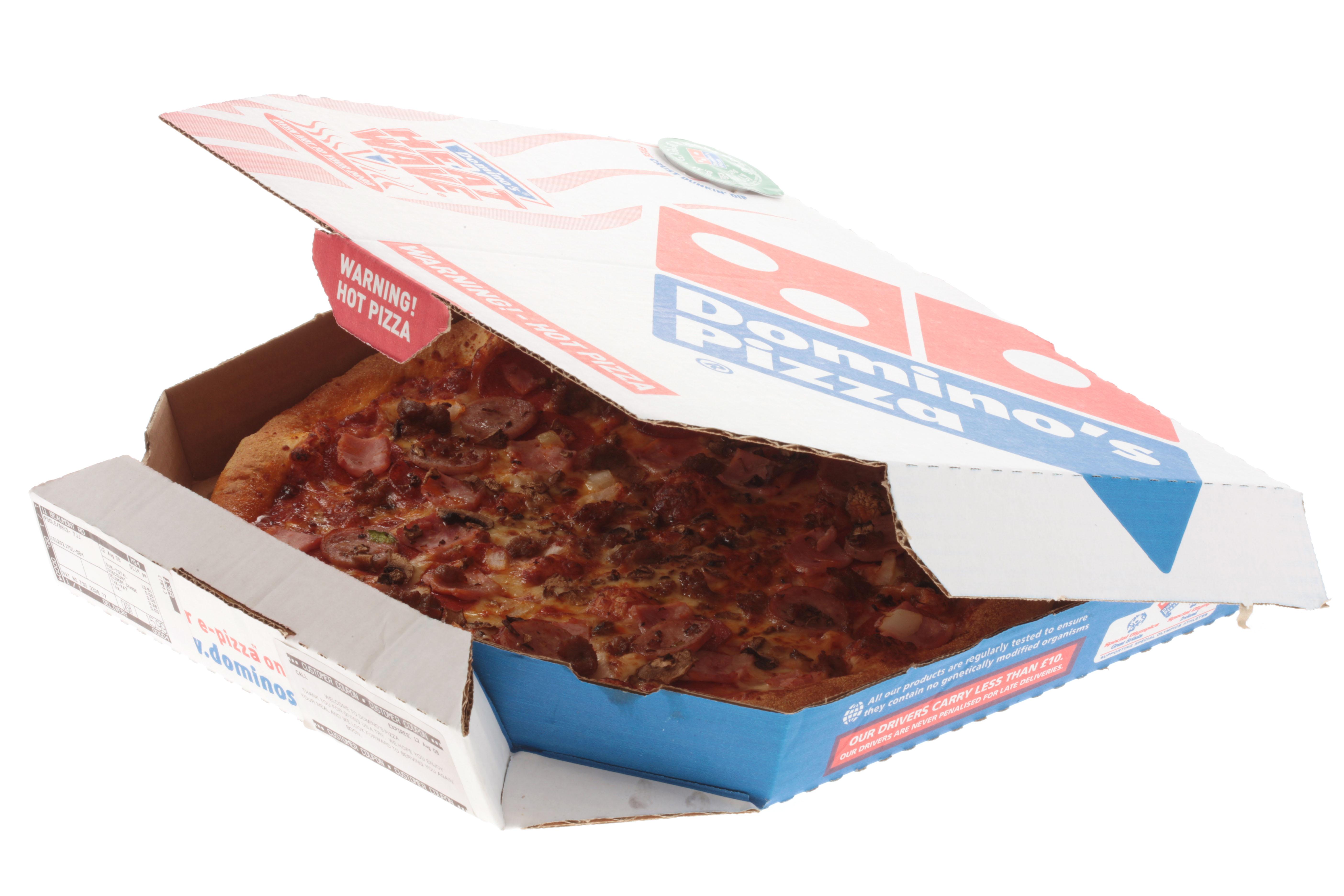 The next worst value was from Ask Italian where the pepperoni slices cost 30p per gram per pizza, the show found.

An average Prima Stromboli from Ask Italian costs £11.65 and is topped with 38.77g of pepperoni, Shop Smart, Save Money revealed.

How many pepperoni slices do you actually get on a pizza?

The investigation also found that many pizza chains often don't give customers the promised number of salami slices.

Prezzo said it trains chefs to top its Vesuvio pepperoni pizzas with 25 slices of salami sausage.

On average, the pizzas contained 30 per cent less pepperoni than promised. 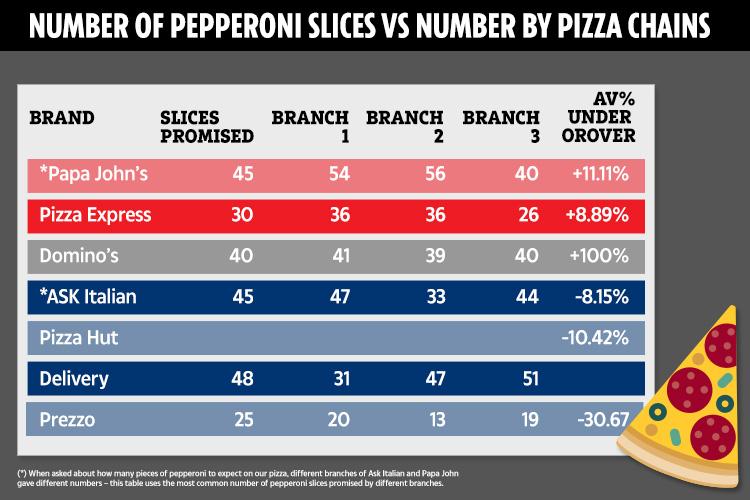 One pizza contained as few as 13 slices, the researchers found.

Despite naming it as the worst value pepperoni pizza, the investigation revealed that PizzaExpress tops its pizzas with more pepperoni slices than it promises on average.

Its pizzas should contain 30 pepperoni slices but on average, the chain over-tops pizzas by 8 per cent, the research found.

Domino's was the most consistent, keeping its promise to top large pizzas with 40 slices across each of the three visits by Shop Smart, Save Money's production team.

Papa John's was found to give customers the most pepperoni slices on their pizzas.

It promises to give customers 45 slices per large pizza, but on average, researchers said that customers receive 11 per cent more.

One pizza bought in the investigation was topped with many as 56 slices of pepperoni.

A PizzaExpress spokesman said: “At PizzaExpress, we are proud of the fact that millions of customers choose us for their favourite American pizza each year and love the uniquely smoky paprika flavour.

"Whilst we can’t say that we have weighed every one of the 33 pieces of pepperoni on our lovingly handcrafted pizzas, we do value consistency and we’re pleased to see that Shop Smart’s findings highlight how reliable we are in this area.”

A Prezzo spokesman added: “Our teams are trained to prepare our classic Prestigio pizza with 25 pieces of pepperoni.

"All our pizzas are freshly made to order, so occasionally we might miscalculate which would be in no way deliberate. If anything falls short we want to know and take action.”

A Pizza Hut Delivery spokesman said: “We are very disappointed that our service clearly wasn't up to scratch in this case and will make every effort to ensure a similar situation doesn’t happen again.”

Shop Smart Save Money for Christmas airs on Channel 5 from tonight at 8pm for eight weeks.

The investigation comes weeks after health officials set new targets which means the size of pizzas at high street restaurants and takeaways could shrink.