Spooktacular images capture terrifying zombie children, after a group of youngsters were given incredibly eerie Halloween makeovers by a talented photographer.

Other eerie images show a zombie ballerina perching on her toes before crawling towards the photographer as she contorts her body. 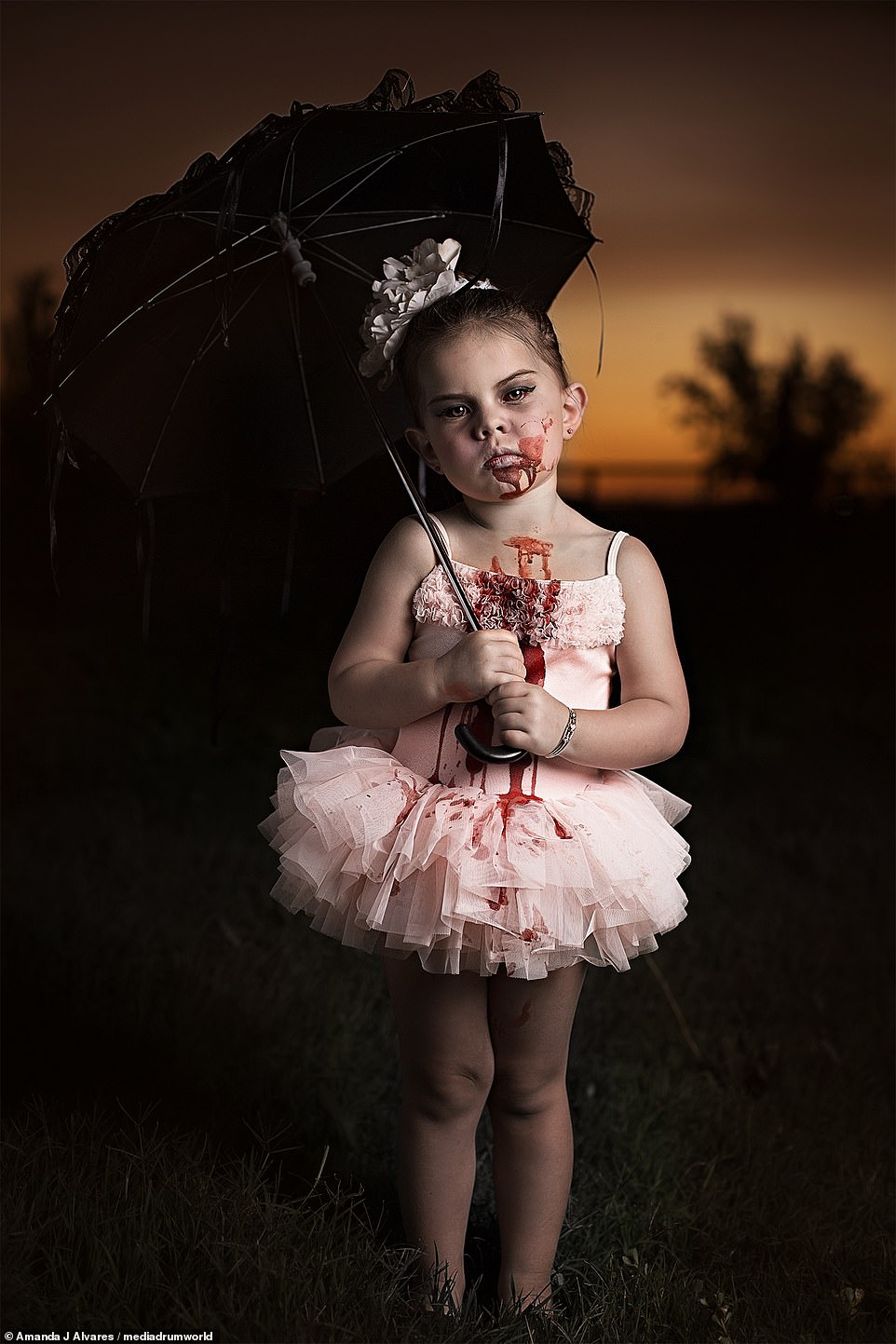 Eerie: Children are being turned into terrifying zombies by a talented photographer, who creates undead characters for the young models to portray, including a blood-thirsty ballerina 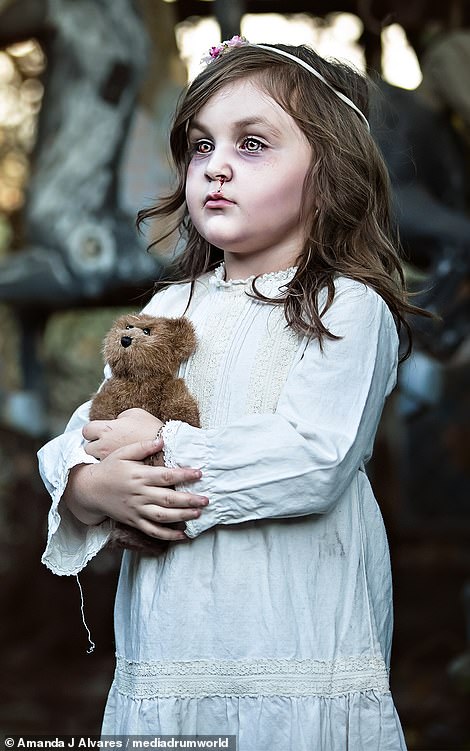 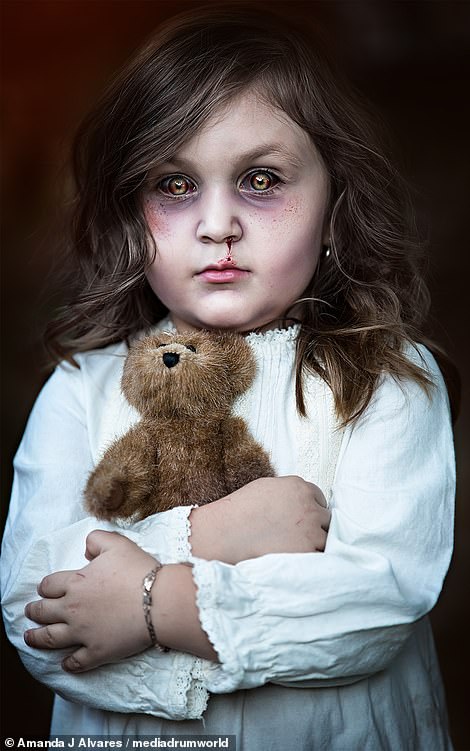 Inspiration: ‘I am huge Halloween enthusiast and long-time Walking Dead fan,’ the 33-year-old California-based snapper explained of her motivation 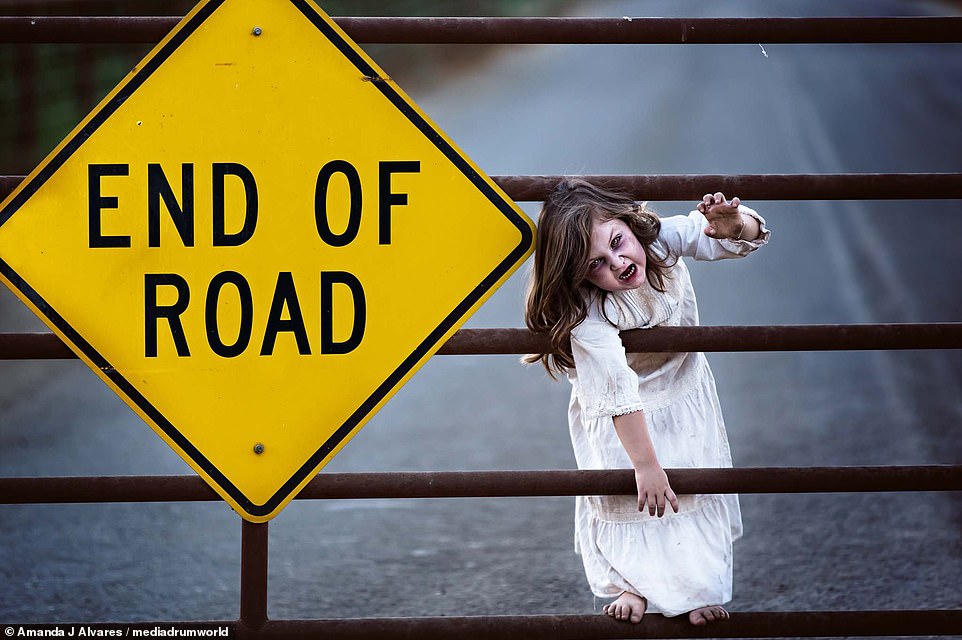 Help: Amanda asks her clients to work with a professional makeup artist for the shoots, however she comes up with the creepy characters herself, and then stages the shoots in the perfect location 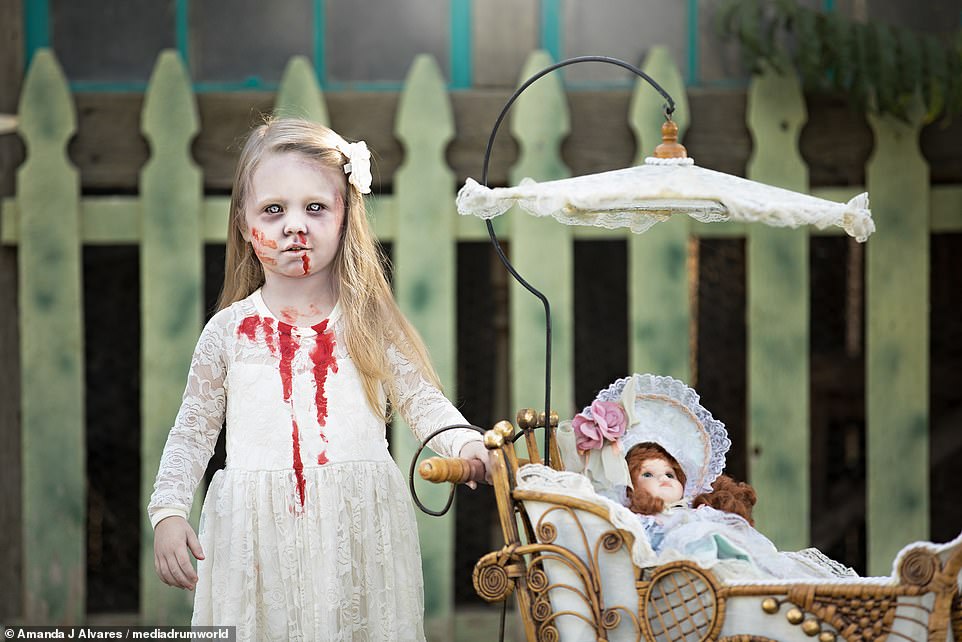 Deathly: The shoots have been going for two years, ever since Amanda staged her first zombie-themed session for a client

‘I am huge Halloween enthusiast and long-time Walking Dead fan,’ she said.

‘Two years ago I had my first Halloween mini-session and one client had her children come as zombies and the rest is history.

‘You see portraits of adults and children with a dark twist – possibly zombie, possibly undead, but unsettling none the less.’

Amanda, who took the shots with a Canon 5D Mark IV, explained how she creates the zombie look to achieve the perfectly gruesome results.

‘The process begins with a base makeup on the model/client,’ she said.

‘I am OK with makeup but I have the clients pay an actual makeup artist to do that part. Then I photograph them in a creepy believable environment. 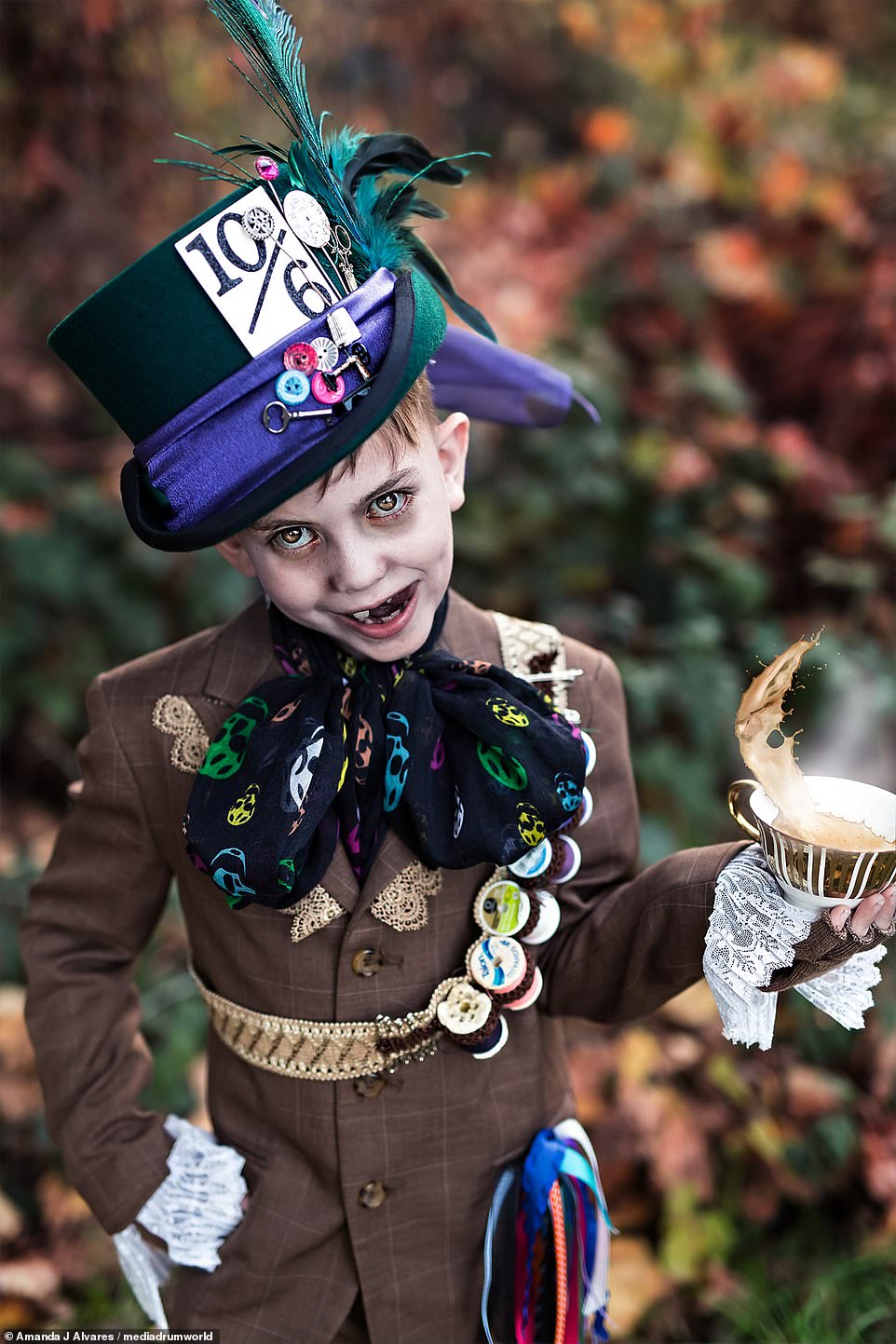 Roles: The children take on a variety of characters, including an undead take on the Mad Hatter from Alice in Wonderland 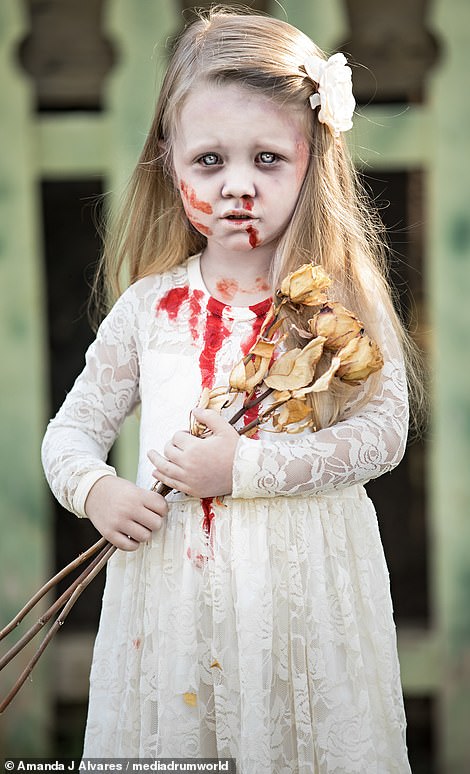 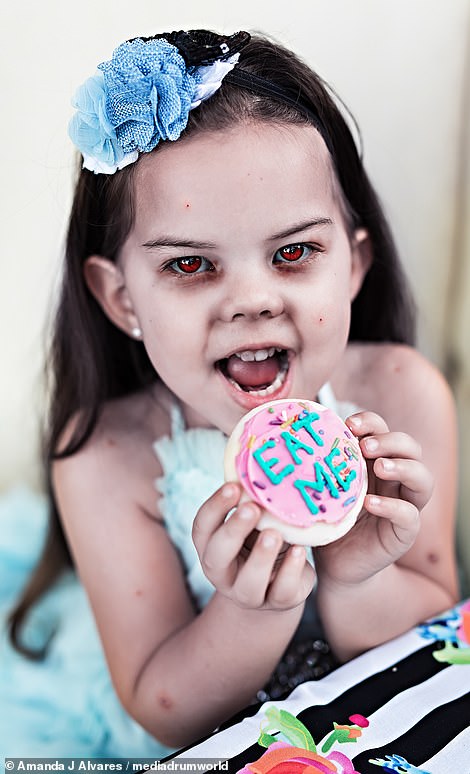 Bittersweet: The models are often given props to add extra emphasis to the shoot, whether it’s decaying flowers, or a seemingly-sweet cookie 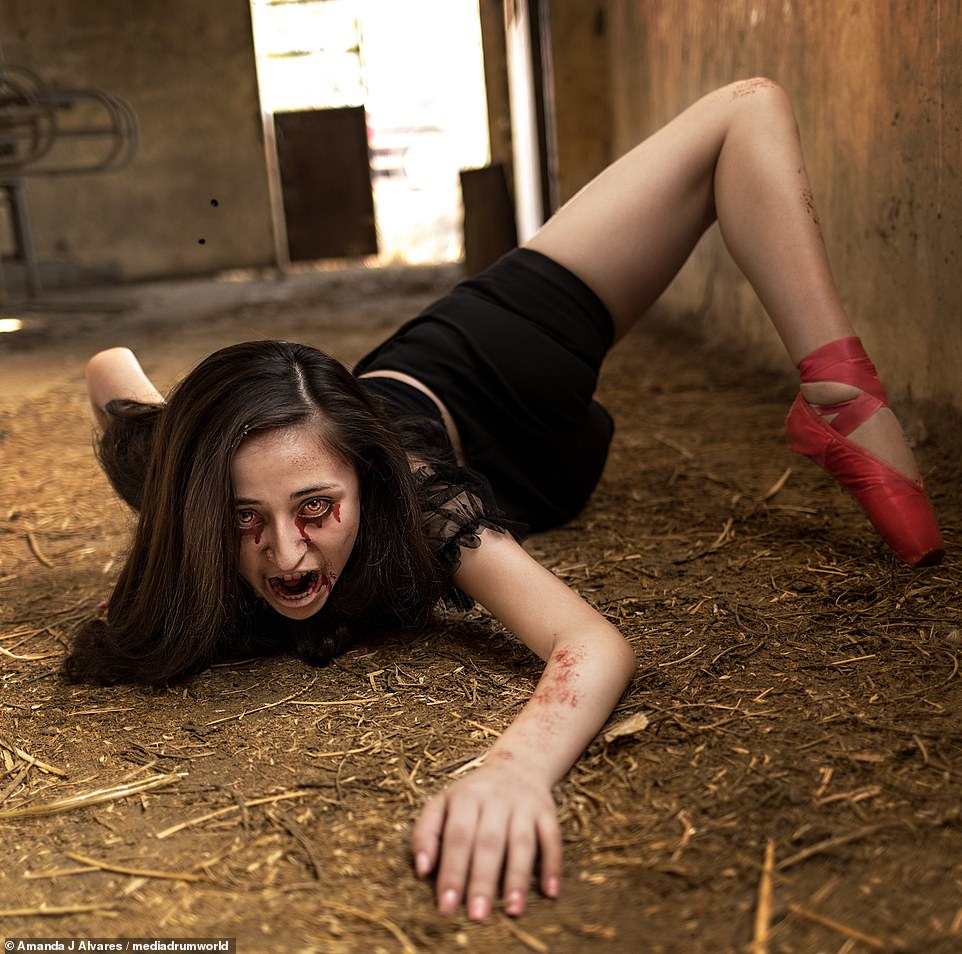 Pure evil: Some of the models use their own talents to add all the more spook to their shoots, as was the case with this dancer, who managed to bend her body into some very creepy poses 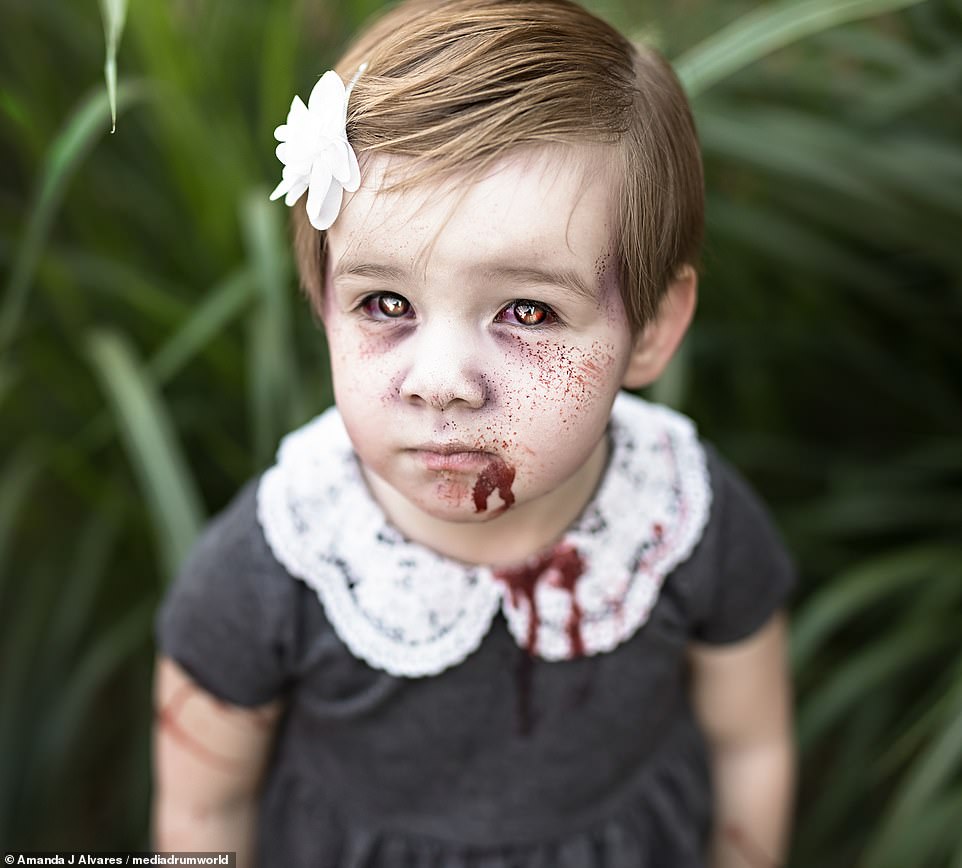 Details: Even the youngest models aren’t spared from the ghoulish makeovers, with artists using fake blood and dark shadowing to give them an undead look

‘After the photos are taken I edit them in Photoshop extensively to tweak the base makeup to make it look how I want and add my crazy eye effect. I prefer to not add blood in post editing, but in some cases I have to.’

She can run into some problems if the client doesn’t feel like becoming a member of the undead.

‘Sometimes the client isn’t really in “zombie mode” or the makeup isn’t exactly where it needs to be because we are rushed,’ she added.

‘I love the challenging of creating a highly modified version of came straight out of camera. I try to make them feel real and keep the image clean and sharp.

‘People are usually in shock and are confused. Some react with awe and some can’t stand it. It’s honestly not a style for everyone.’

Amanda’s base makeup artists are Mackena Dean and Jewlya Hayward; her clients are responsible for their own wardrobe and styling. 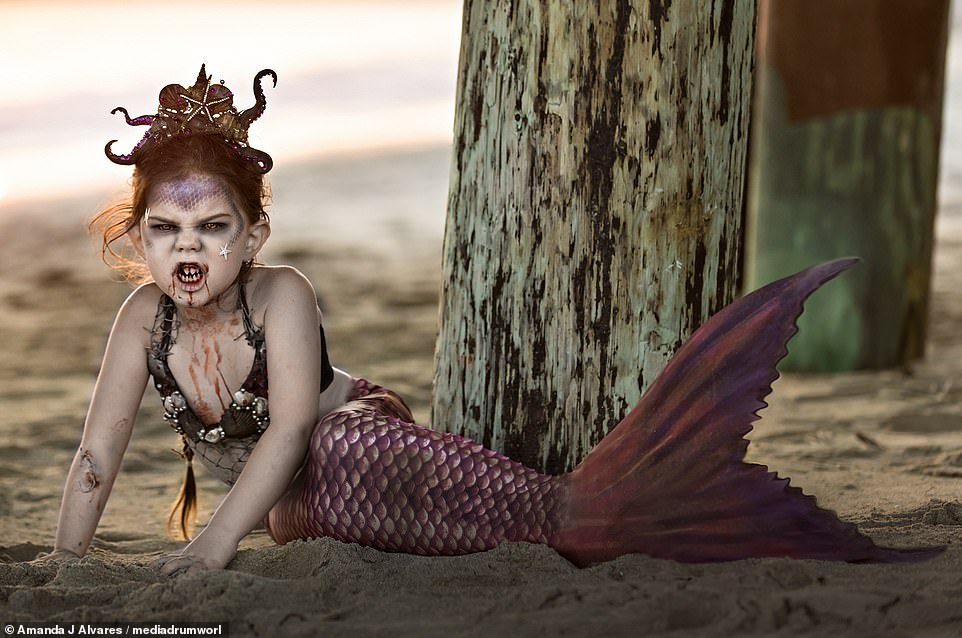 Horrifying: This young girl’s devilish Little Mermaid makeover made the beach seem like a much more sinister place 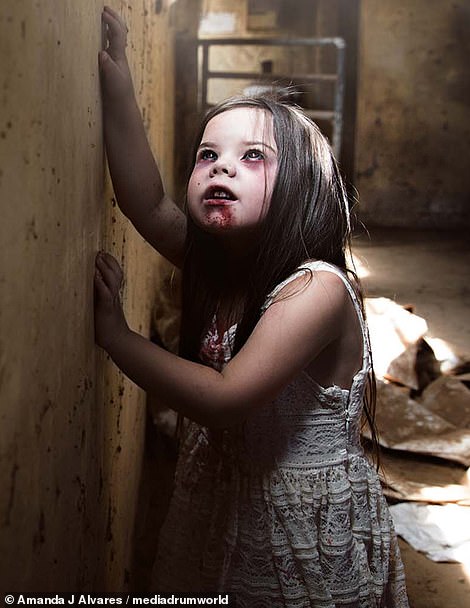 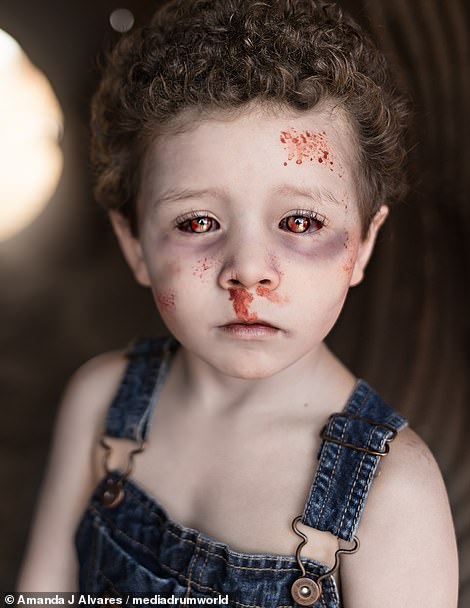 Boo! Even the children that didn’t adopt a creepy pose still look terrifying in their pictures 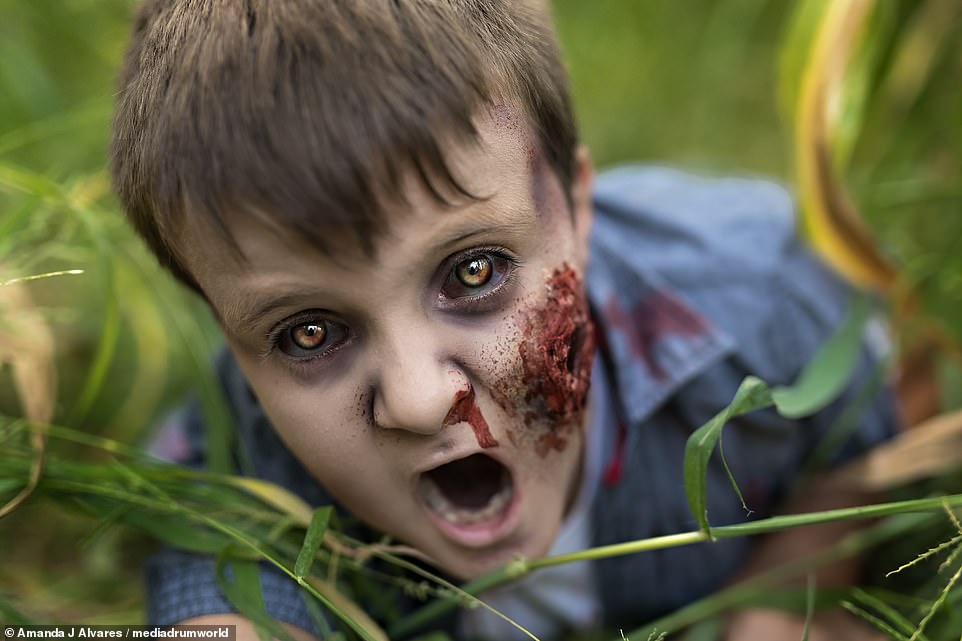 I scream, you scream, we all scream! Amanda says that she Photoshops the images extensively after they have been taken, explaining that the ‘crazy eye effect’ is done with editing, as well as the deathly-pale skin color 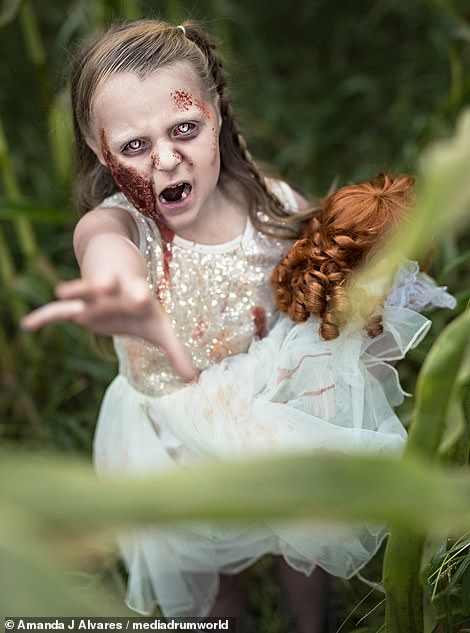 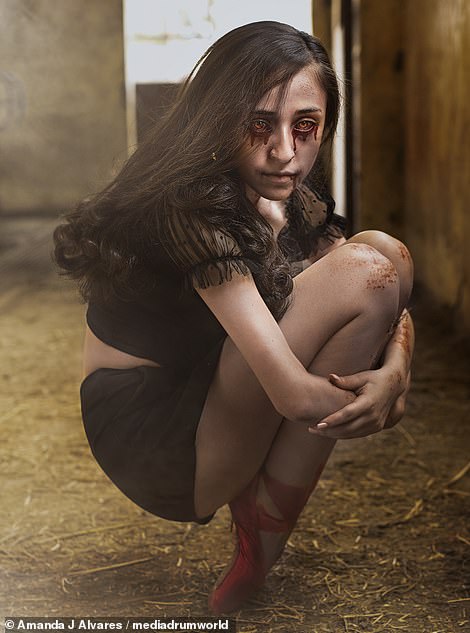 Mixed reactions: She admits that some people do not like the snaps, explaining, ‘Some react with awe and some can’t stand it’ 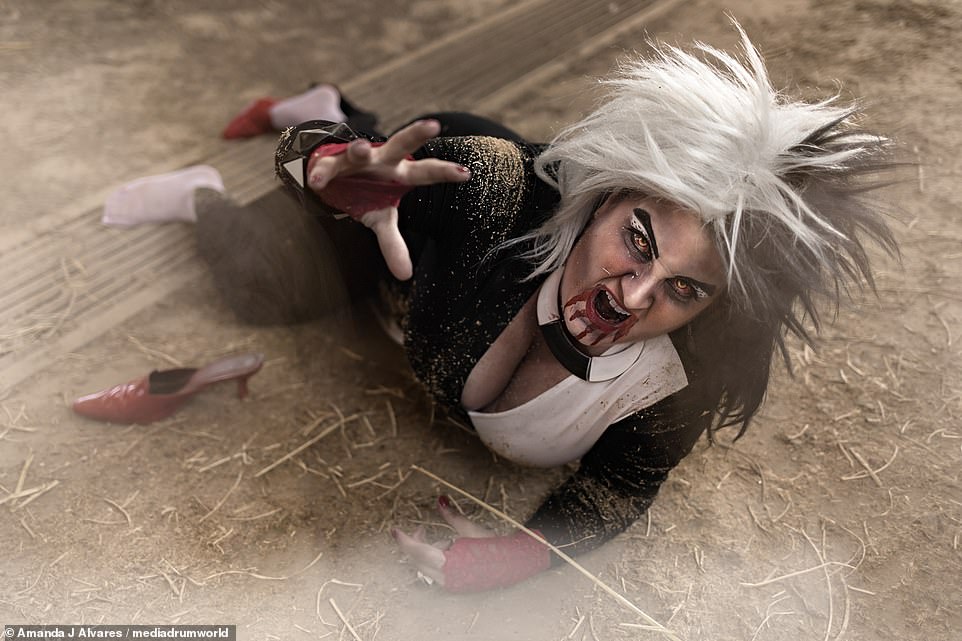 Motivation: Occasionally, the client will not be in the right frame of mind to act like a zombie, in which case Amanda might have to do more editing after the shoot is done 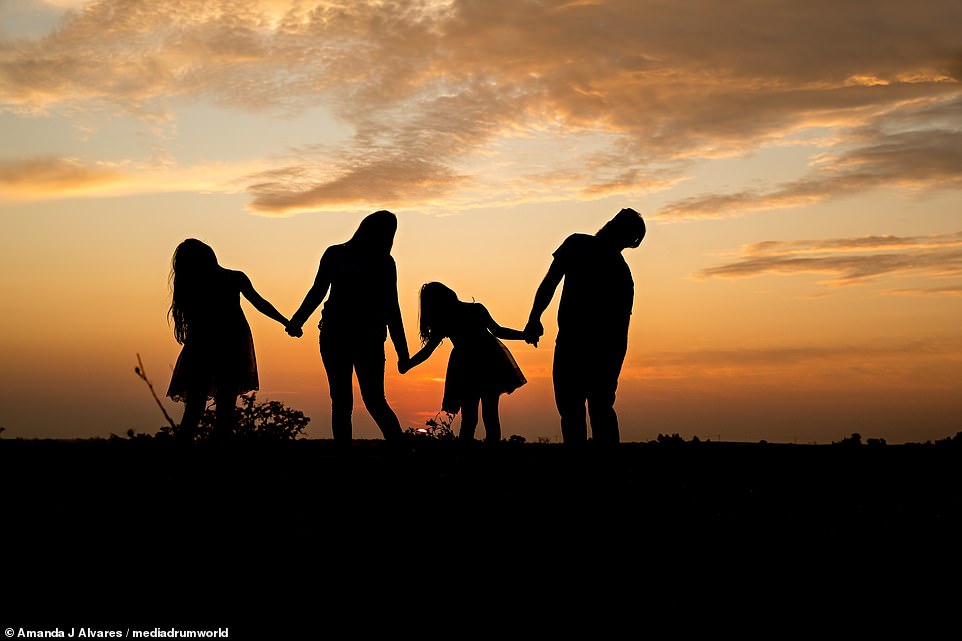