Getting a decent family photo is difficult enough as it is, but it becomes a lot harder when you have a mischievous dog to contend with too.

Pet owners from across the globe have shared hilarious examples of their beloved animals accidentally ruining their pictures.

The online gallery has been collated by Bored Panda and includes one dog who sat on their owner’s baby, another who kicked their owner in the face – and lots who accidentally blocked the camera.

Other examples include a pet who was very unhappy with his Christmas jumper, and two dogs who decided to start fighting as their family gathered to say cheese.

Here, FEMAIL reveals a selection of the most amusing images of canines causing havoc when the camera goes flash: 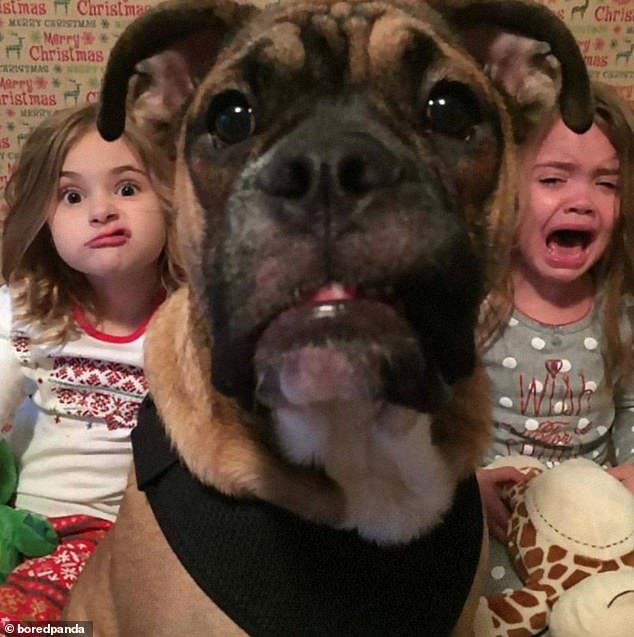 Smile for the camera! This dog took centre stage as two little girls had very different reactions to their picture being taken either side of him 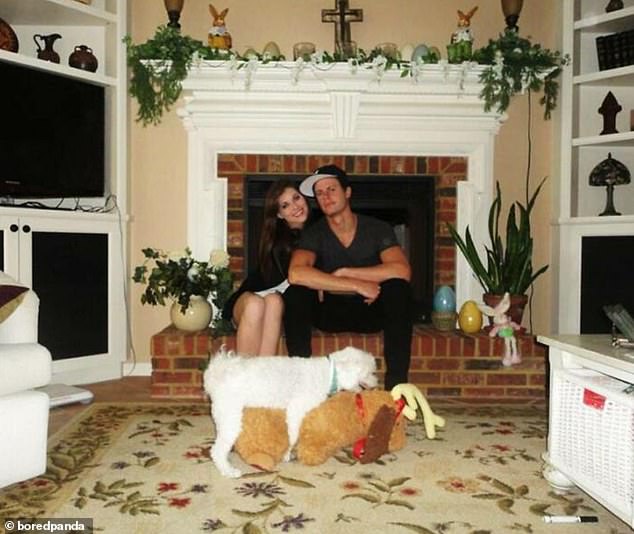 Don’t mind us! This couple’s photograph was rudely interrupted by their dog humping a teddy bear on the rug in front of them 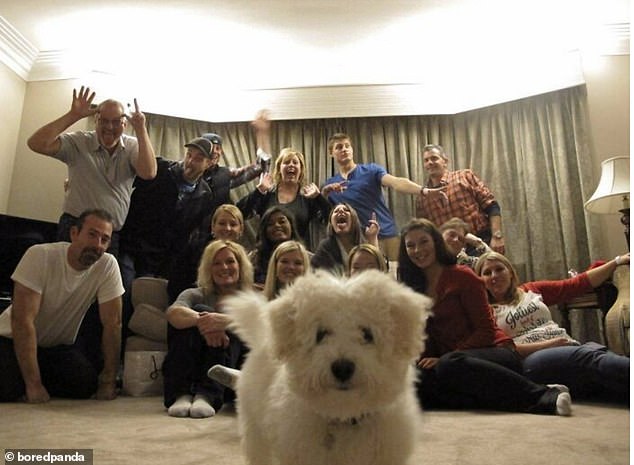 All about me! This fluffy  dog hogged the spotlight when its family tried to take a group picture 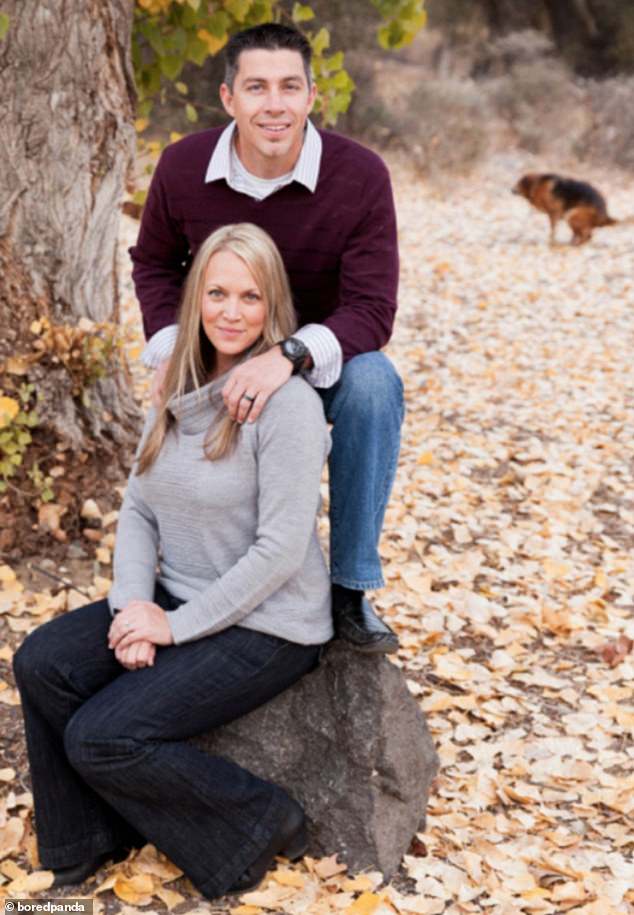 He’s behind you! This couple were likely disappointed when their stylish photoshoot in the woods features a dog going to the toilet in the background 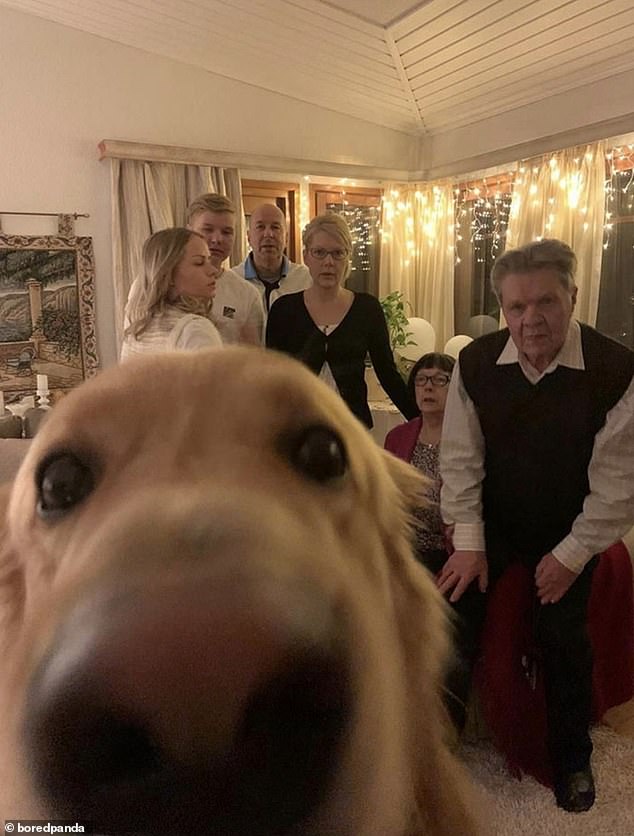 Photobomb! This confused dog unintentionally spoiled their owner’s family photo by sitting right in front of the camera 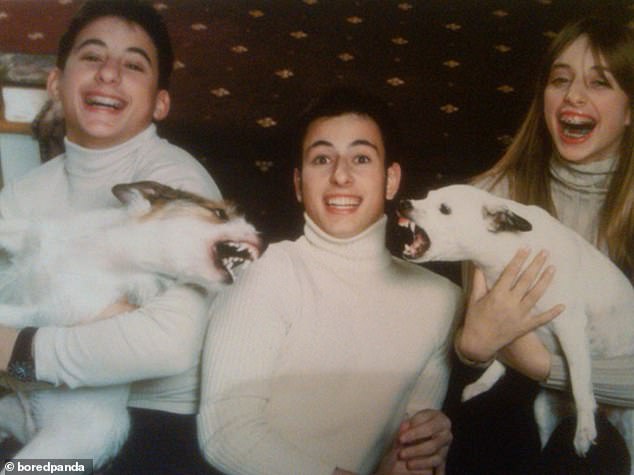 Barking mad! This snap came a cropper when war broke out between a pair of bickering dogs 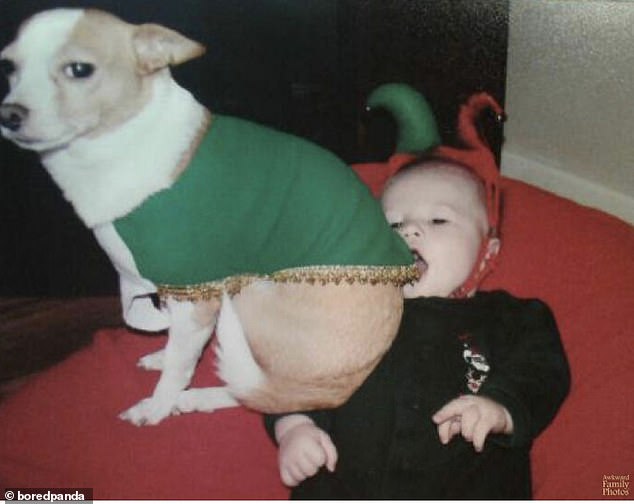 What a Grinch! This chihuahua got his own back for his Christmas elf costume by perching on his human sibling 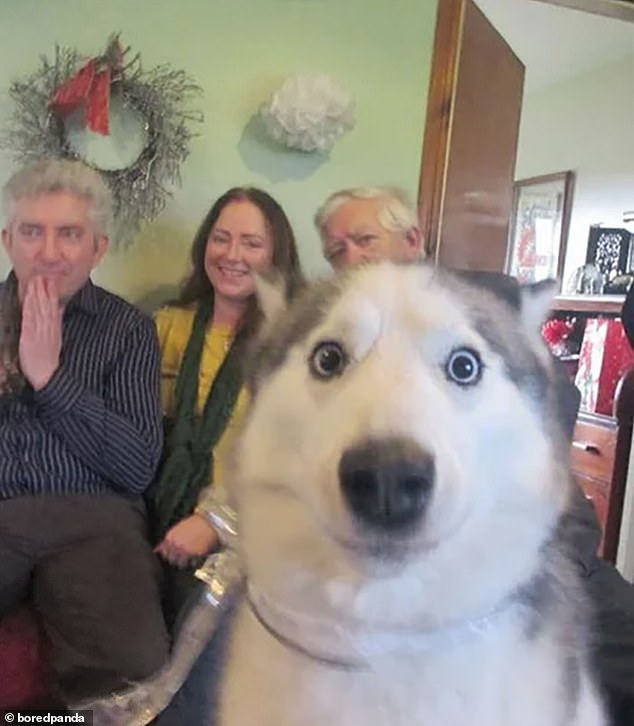 Selfie time! This husky accidentally blocked half of a portrait by getting a little close to the camera 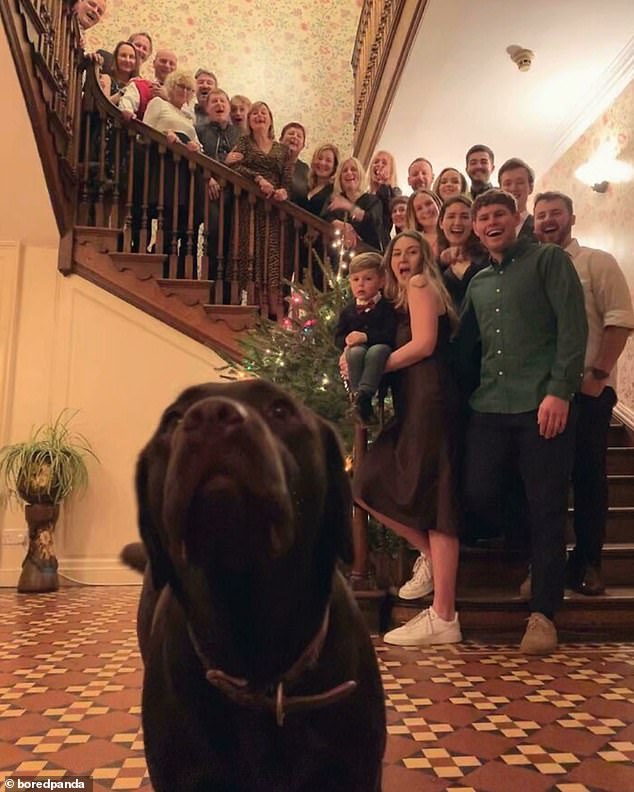 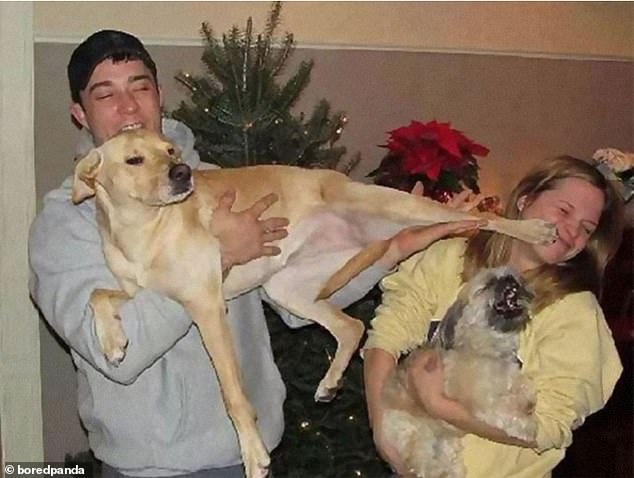 A real kick in the teeth! This dog casually kicked one of his owners in the face as his other owner tried to pick him up for the photo 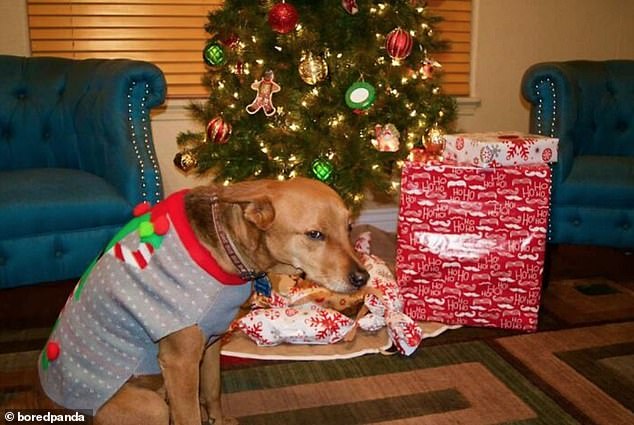 Not feeling festive! This somber-looking pet was less than happy to be given a festive jumper for Christmas this year 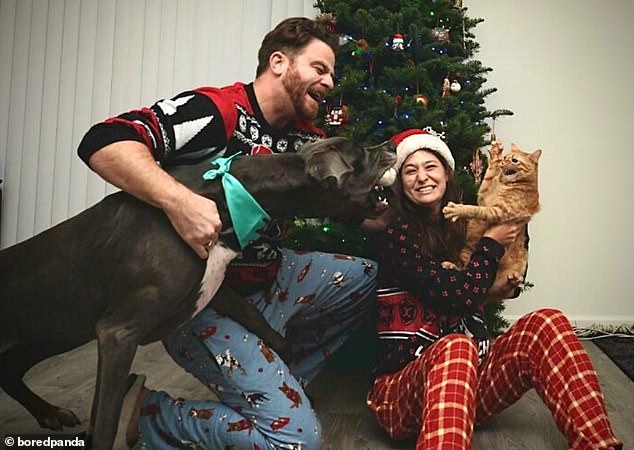 Cat fight! These owners had to separate their dog and cat when they started scrapping during the photo 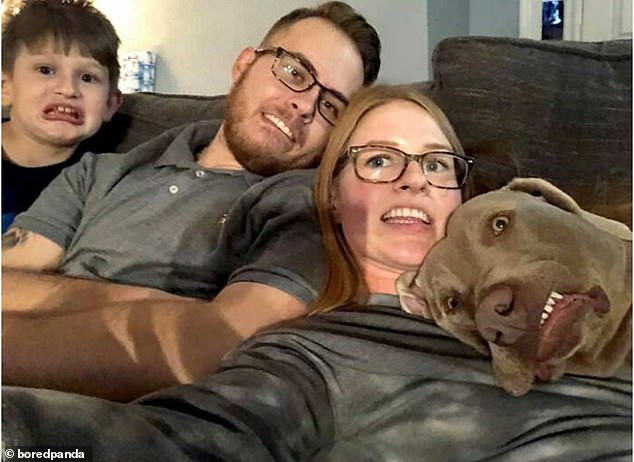 Say cheese! This dog tried his best to smile for the camera, but wasn’t quite sure how to put on a winning grin – just like his bro