‘I was a recluse’: 29st man who once binged on eight bacon sandwiches a DAY is unrecognisable after shedding 17 STONE – and now he’s looking for love after spending 15 years single

A man who became a virtual recluse after ballooning to 29st has revealed his incredible transformation after dropping more than half his body weight.

Ralph Lawless, 47, from Turnford, Hertfordshire, would binge on eight bacon sandwiches a day at his heaviest, but managed to lose a staggering 17st in the space of a year after overhauling his poor diet and taking up dancing last October.

The super slimmer, who used to have to wear XXXXXXL clothes, now weighs 12st and has been christened Ralph Travolta by friends blown away by his dance moves.

Ralph, who lost weight using the Cambridge Weight Plan and was this month crowned the programme’s Man of the Year, has also qualified as a personal trainer, and in the final step towards turning his life around, he’s now actively looking for love after spending 15 years single. 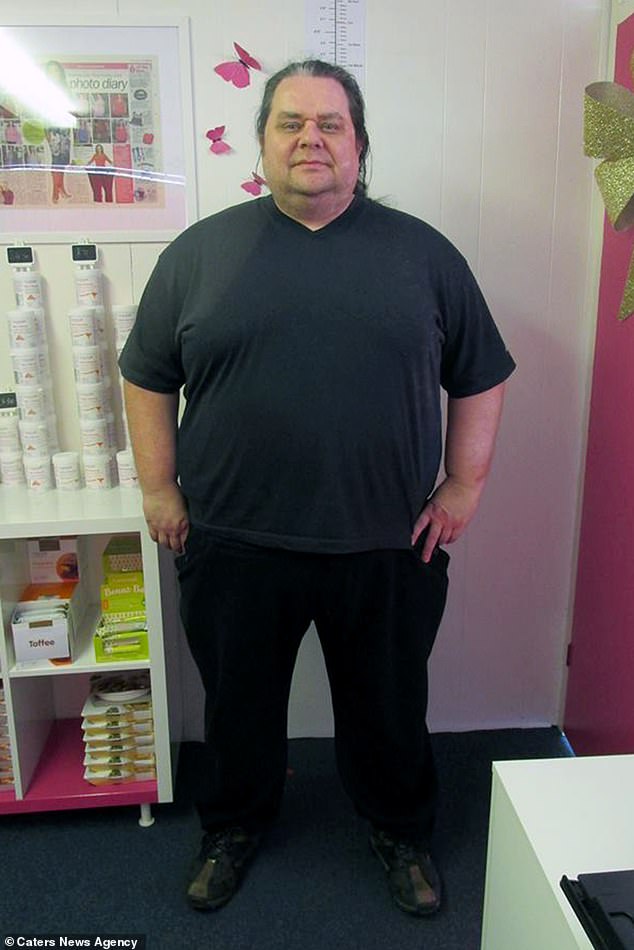 Ralph Lawless, 47, from Hertfordshire, weighed 29 stone at his heaviest and would binge on eight bacon sandwiches every day (seen before his transformation which began last October) 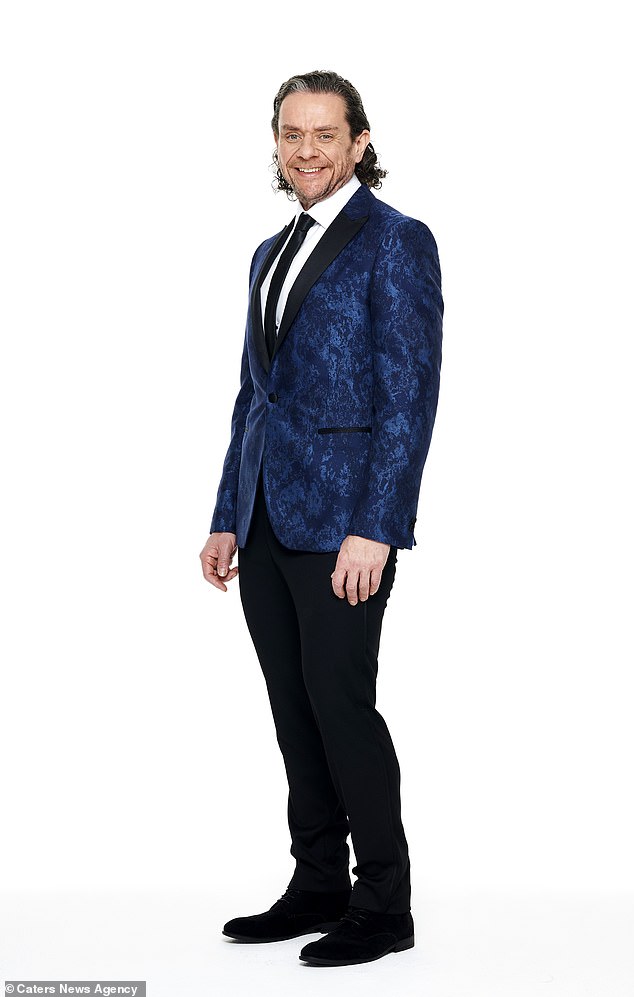 After following the low calorie ‘one 2 one diet Cambridge Weight Plan’ since October last year, Ralph has now been crowned Man of the Year at their annual awards ceremony, and weighs 12 stone

Speaking about his old eating habits, Ralph said: ‘I was addicted to eating bacon sandwiches and would eat eight per day at my worst.

‘I was a complete recluse and once I started eating, I just couldn’t stop. Kebabs, pizzas, bacon, frozen food, I would eat it all most days.

‘Anything I could get my hands on and eat, I would. Every day I was eating the same as most people would in an entire week.’

But his unhealthy lifestyle soon caught up with him, and even affected his love life.

He added: ‘After 15 years of leading an unhealthy lifestyle, I was left weighing 29 stone. 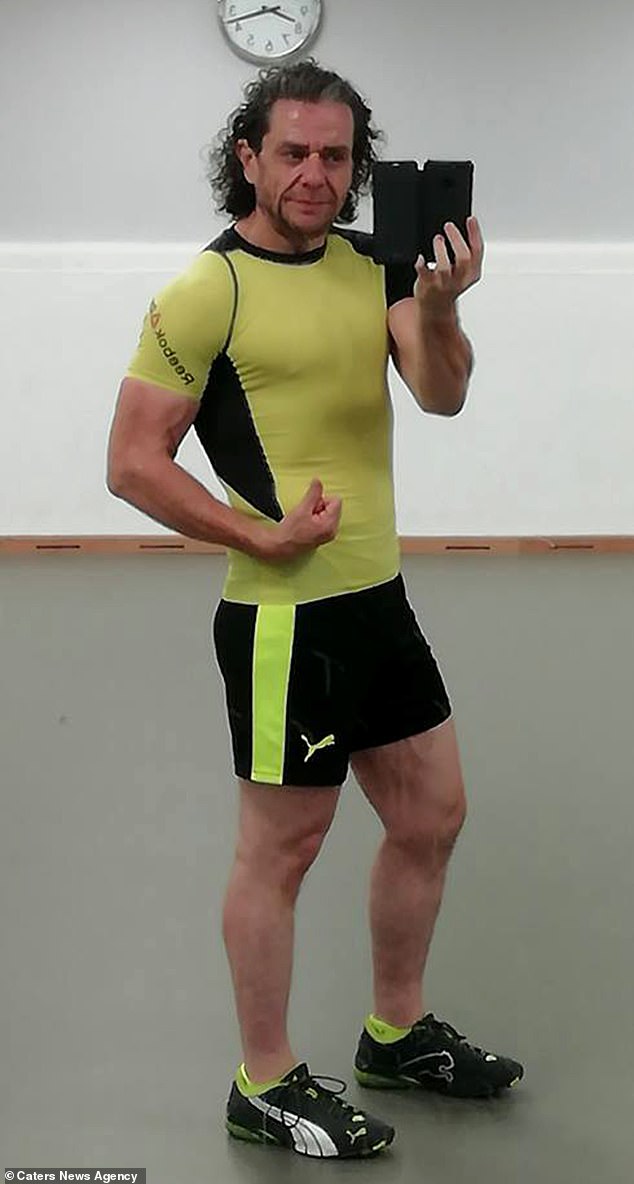 Now known as ‘Ralph Travolta’ by his friends for his dance prolific moves, he has become a personal trainer and continues his healthy diet Ralph would binge on bacon sarnies, kebabs, pizzas, bacon and frozen food, and says he ate in a day what most would eat in a week

What Ralph used to eat

Lunch: More sandwiches along with three bowls of homemade soup with potatoes.

And his diet now…

Breakfast: Porridge with water and cinnamon, apples or chia seeds

‘After a fall at work which left me unable to work, I hit rock bottom.

‘I’d not had a girlfriend for 15 years and after joining a guidance counsellor course, I decided to take control of my life.’

Ditching junk food for high protein and low carb replacements, he said: ‘I was obese and unhappy, so I joined the diet plan and I stuck to it.

Ralph, who now has a 32-inch waist, making him a small to medium in UK men’s sizing, first started his diet plan last October and quickly shed the first ten stone in just a few months before going on to lose a total of 17 stone. 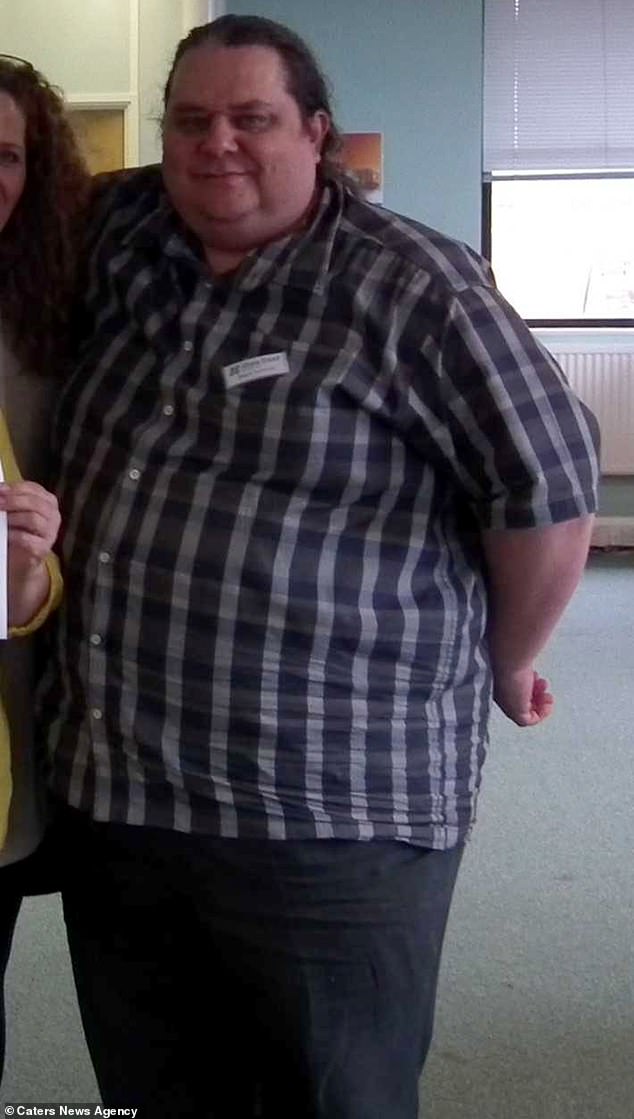 Ralph said he had not had a girlfriend for 15 years and after joining a guidance counsellor course, decided to take control of his life (seen before his weight loss) 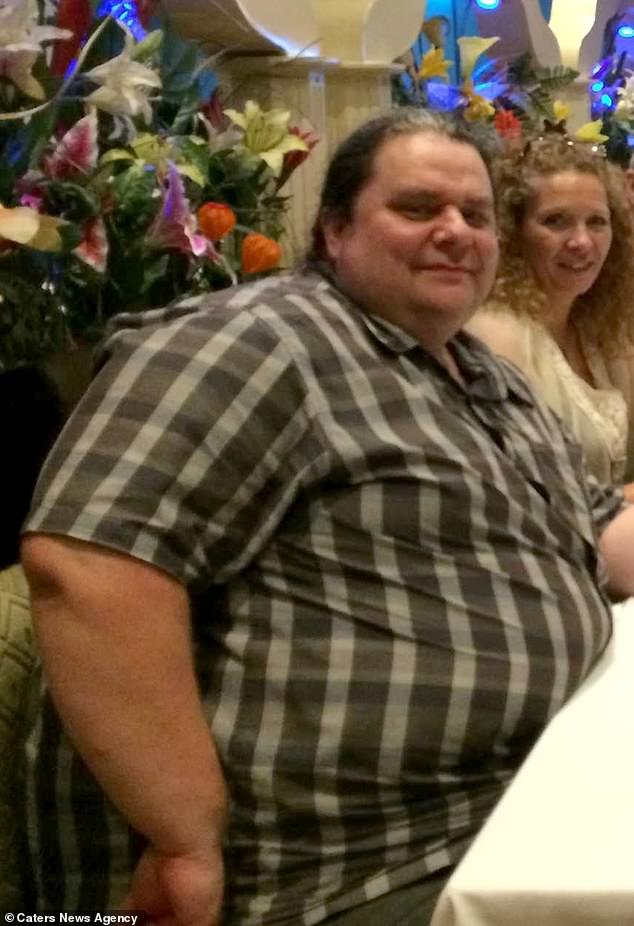 Ralph Lawless, 47, weighed over 29 stone at his heaviest and would binge on eight bacon sandwiches every day (seen before his weight loss) but has turned his life around since then

Ralph, who now works as a full time gym class instructor, added: ‘I needed to retrain my brain to understand what healthy food was.

‘I got into cycling and then classes at the gym like aerobics and body pump.

‘I’ve worked my way up to become a class instructor and still go about ten to 14 times a week.

‘I love it and it’s given me a whole new lease of life.’

The singleton added: ‘I’m 17 stone lighter and I love nothing more than dancing the night away – and now I’m looking for love.’