‘I realised I’m asexual’: Divorced people reveal the VERY startling revelations that only dawned on them after their marriages broke down

Getting divorced is always a life-changing experience, but for some it’s come with life lessons they never could have predicted.

Writing on the anonymous confessions app Whisper, people from around the world spoke candidly about the startling realisations that only dawned on them after their marriages broke down.

While some said they hadn’t realised how unhappy they were, others had a more dramatic experience with the explanation for the breakup suddenly falling into place for one person that realised they’re asexual.

One man realised that he has absolutely nothing in his life, not even hobbies, now that his wife is gone.

And another said that he had totally forgotten than he prefers to date older women. 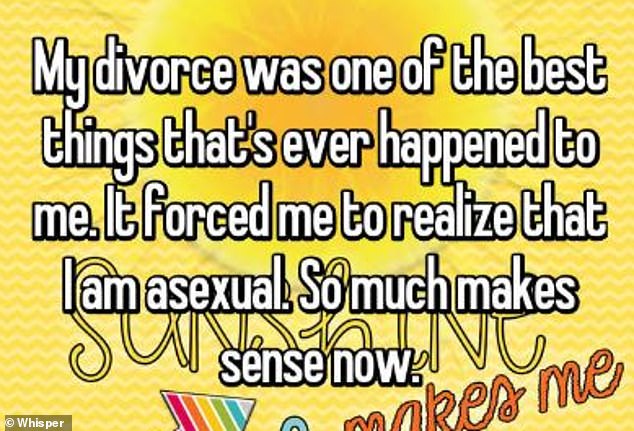 Surprising revelation: An asexual individual revealed on the anonymous confession app Whisper that they were unaware of of how they were really feeling until their marriage ended 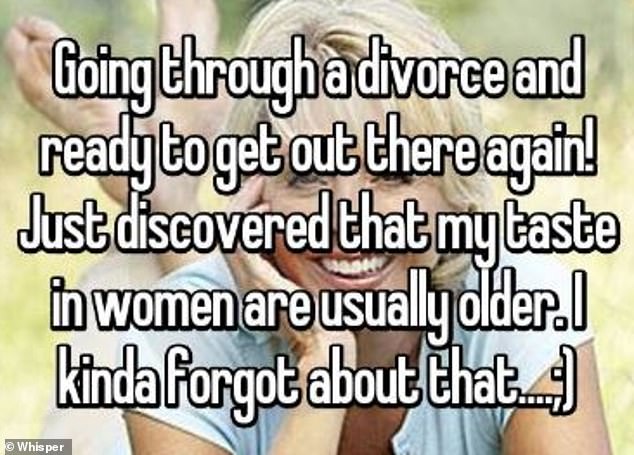 Blast from the past! It wasn’t until this man divorced that he remembered his preference is for dating older women 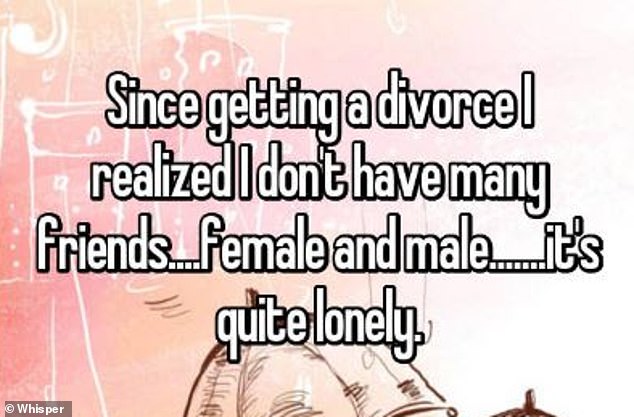 People from around the world spoke about the lessons they learnt after going through divorce in an anonymous thread on Whisper, one person realised they don’t have many friends 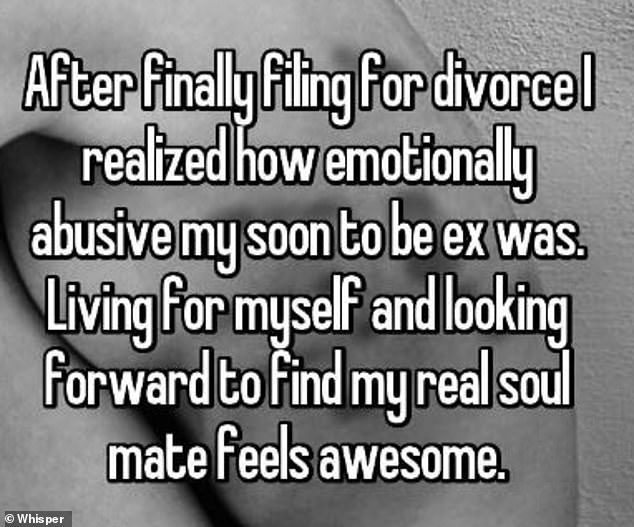 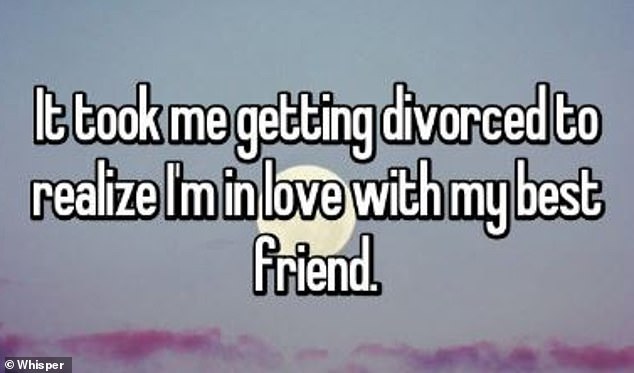 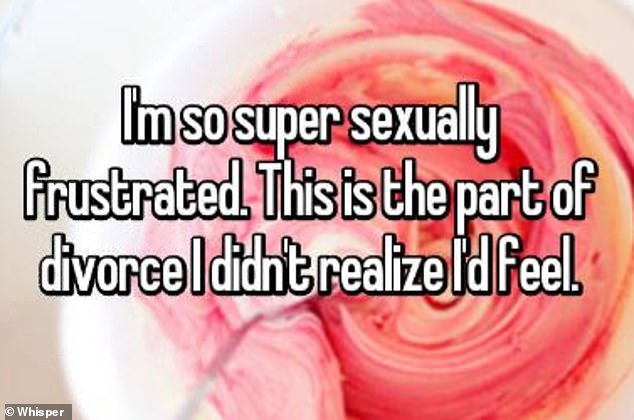 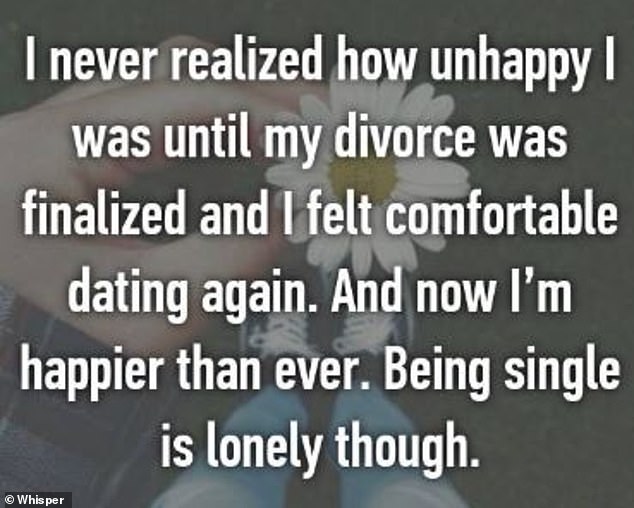 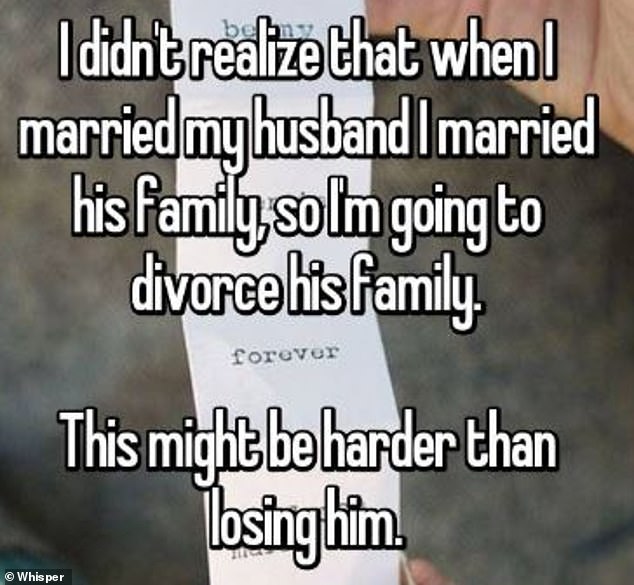 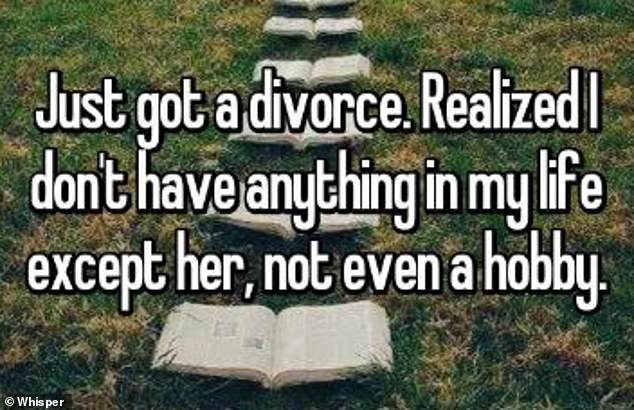 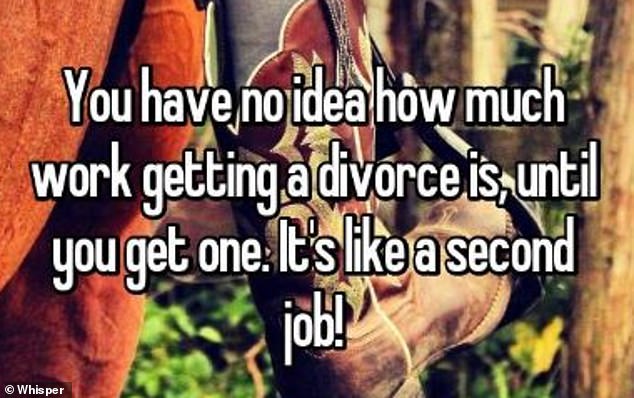 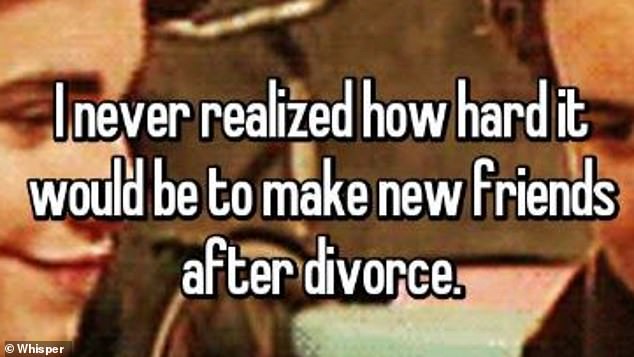 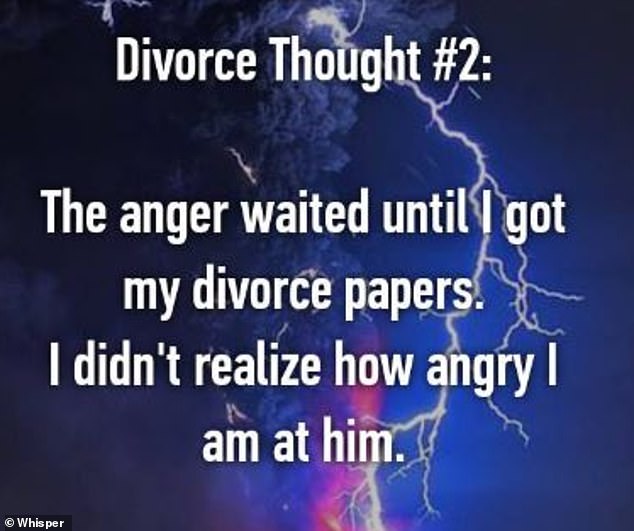