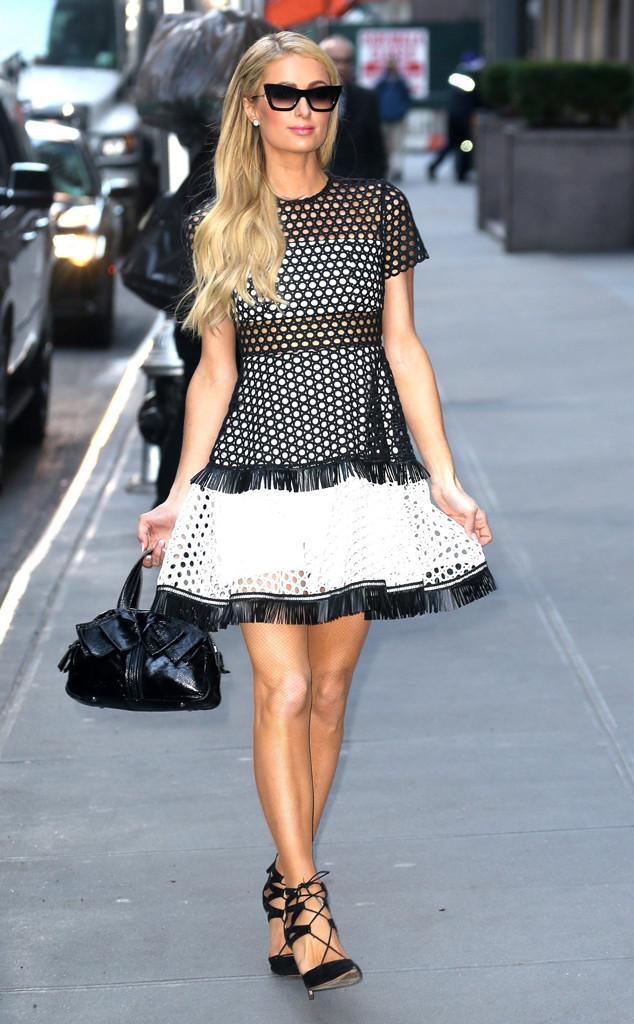 It seems like Paris Hilton grew rather attached to the $2.2 million dollar diamond ring from her engagement to Chris Zylka during the ten months she was engaged. So it makes sense that she wouldn’t want to part with the piece of jewelry, even after calling off their engagement.

Moreover, the star told SiriusXM’s Jenny McCarthy that she feels like she gave the jeweler, Michael Greene, who created the ring, “millions and millions of dollars of free publicity.” And the jeweler seems to agree since they are letting the millionaire keep the priceless piece of jewelry.

Despite keeping the stunning diamond, Paris has opted to forego wearing the accessory for some time. A week after news broke of her split, the DJ jetted of to Australia where she openly posed without the large rock on her wedding finger.

Now that the star is single, she is continuing to focus on expanding her influence and improve on being a DJ. She revealed to McCarthy that she makes around “a couple hundred grand, up to a million” for 90 minutes of DJing and entertaining at clubs all over the world.

It’s no wonder she has no time for dating when she devotes all her time to raking in the bags of money she gets for making appearances at clubs. “I am busy being a boss-babe, running an empire. That is all I have time for,” she recently told E! News. “I barely have time for myself, let alone anything else.”

However, her grueling schedule appeared to be the source of some strife for her and Zylka in the months leading up to their split. A source previously told E! News that the pair hoped to hold a lavish wedding ceremony in November, but work obligations forced the star to push back the nuptials. Eventually, another source said, Paris realized, “Their relationship moved really quickly, and she realized he wasn’t right for her. She wishes him well and hopes they can remain friends.”

Luckily, the star is taking some time off to spend time with her family this holiday season. She previously revealed that she and her family will be spending this winter in Aspen, where her mom is sure to make everything “decked out” in honor of holidays.

Happy Holidays to the Hilton Family!