The parents convicted in the bizarre 2009 "Balloon Boy" case have been granted a pardon by Colorado Gov. Jared Polis.

On Wednesday, in a series of nearly two dozen pardons and commutations, Polis pardoned Richard Heene and his wife Mayumi, saying that the family "paid the price in the eyes of the public."

"In the case of Richard and Mayumi Heene, the 'balloon boy' parents, we are all ready to move past the spectacle from a decade ago that wasted the precious time and resources of law enforcement officials and the general public," Polis said in a statement, according to CNN.

"Richard and Mayumi have paid the price in the eyes of the public, served their sentences, and it's time for all of us to move on," the governor added. "It's time to no longer let a permanent criminal record from the 'balloon boy' saga follow and drag down the parents for the rest of their lives."

Back in 2009, the nation was transfixed as a silver homemade balloon floated miles and miles over Colorado, purportedly with the couple's then 6-year-old son Falcon stuck inside.

It was soon revealed that the young boy was not inside the balloon, and never had been, but was actually camped out in his family’s attic instead. The incident was deemed a hoax by authorities as the couple basked in the media attention that followed.

They were accused of staging the incident as a means of achieving fame, a theory pushed along by the fact that they’d once appeared on the reality TV series Wife Swap, as well as when a young Falcon told a CNN reporter that "we did this for the show."

A confession by Mayumi bolstered these claims, though she told Good Morning America last year that she only made her confession out of fear that she’d be deported back to Japan.

"I thought, I’m going to be deported, then I won’t see my husband or kids," she said of sons Falcon, Ryo and Bradford.

Richard Heene and wife Mayumi served jail time after pleading guilty to related charges from the incident — but the family still insists that it wasn't a hoax, and they truly feared their son was inside the flying saucer. 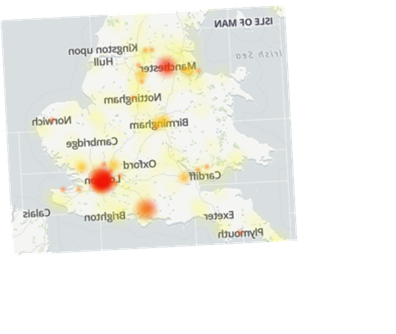 Sky broadband down leaving thousands unable to connect to the internet
We and our partners use cookies on this site to improve our service, perform analytics, personalize advertising, measure advertising performance, and remember website preferences.Ok