“It’s been quite the journey to get here,” the 41-year-old rapper tweeted Opens a New Window. on Tuesday, February 19. “All night studio sessions, reflecting, & opening up on these records or as I call it therapy! This is my each one teach one body of work, I wanna celebrate black excellence! … ‘Rap Or Go To The League’ the album A&R by @KingJames.” 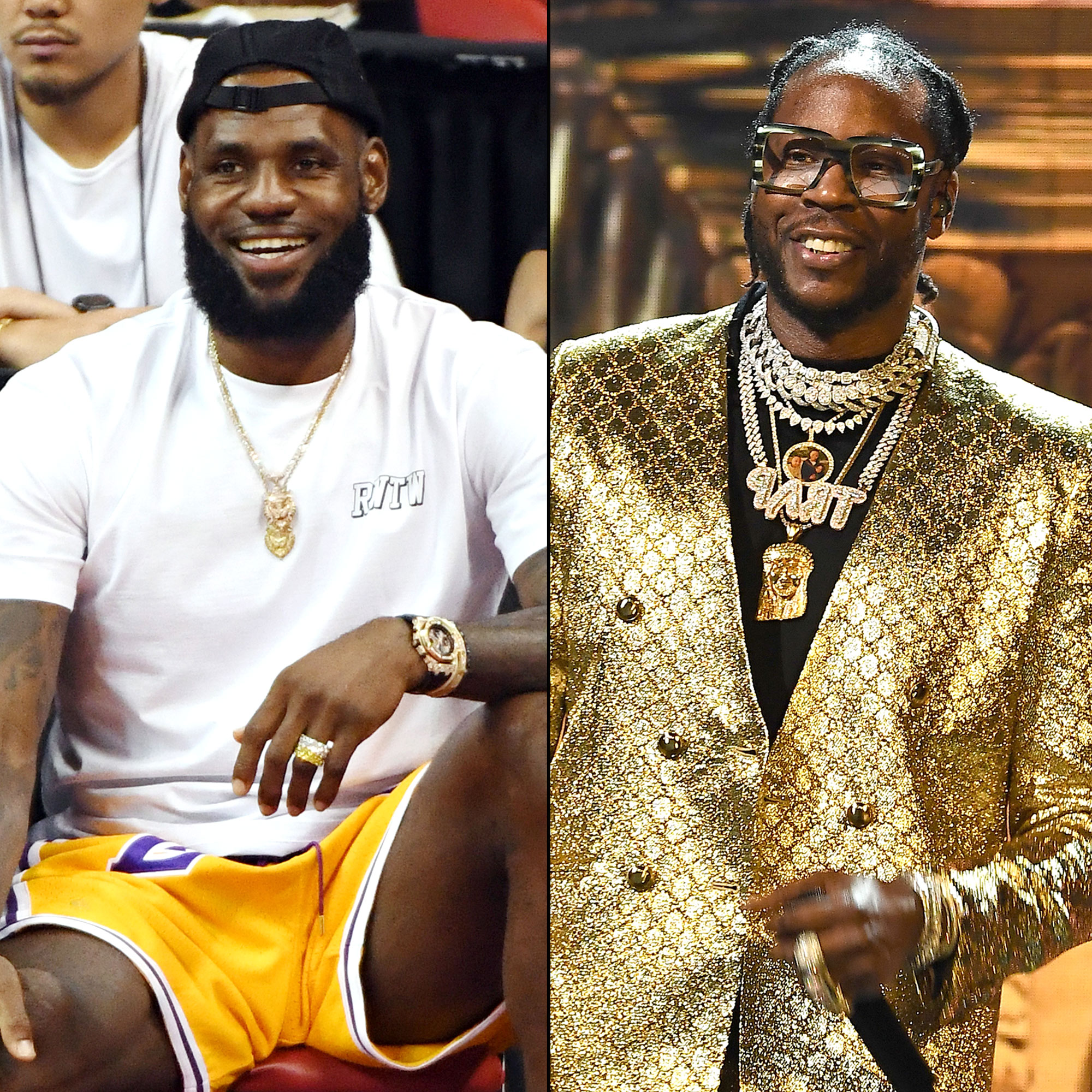 2 Chainz also tweeted a video of himself and LeBron working in the studio. “I know you’re busy,” he tells the Los Angeles Lakers player in the clip. “For you to be able to come over here. Don’t nobody know but the people in the room. They’re going to be shocked [to] know how much input you had on it. You’ve been on it for the whole year.”

The video shows LeBron — aptly dressed in a sweatshirt that reads “More Than an Athlete” — giving his thoughts about a release strategy for the album. “We have 16 tracks, right?” he tells the Grammy winner. “Of the 16 tracks, we want to do 14. But is there a problem with, a week or two weeks after the album drop with the 14 tracks, that we add a deluxe album and add the two songs back on?”

The four-time NBA MVP has been busy in recent months, especially as he gears up to produce and star in Space Jam 2, working alongside Black Panther director Ryan Coogler.

“The Space Jam collaboration is so much more than just me and the Looney Tunes getting together and doing this movie. It’s so much bigger,” he told The Hollywood Reporter Opens a New Window. in September 2018. “I’d just love for kids to understand how empowered they can feel and how empowered they can be if they don’t just give up on their dreams. And I think Ryan did that for a lot of people.”

A release date for Space Jam 2 has not been scheduled. 2 Chainz will release Rap or Go to the League on March 1.