Obese mother who comfort ate 3,000 calories a day sheds 10st after getting a free gym pass during a shopping trip

A severely obese 20 stone mother, who blamed herself for her son’s autism and soothed her guilt by consuming 3,000 calories a day, has lost ten stone thanks to a free gym pass she received during a shopping trip.

Sue Henman,  40, from Middlesbrough, Cleveland, who is 5ft 5in, struggled with her weight throughout her 20s, but when she discovered her son Jake, now 14, had autism in 2008, she blamed herself and started comfort eating.

But after receiving a free gym pass she started working out and overhauled her diet to halve her body weight to 10 stone in three years, and drop from a size 24 to a size 12.

Sue, who also has a daughter named Evie with her husband Jamie, 38, said: ‘After having a healthy, happy boy, it pulled the rug from right underneath me to learn that Jake had autism when he was three years old. 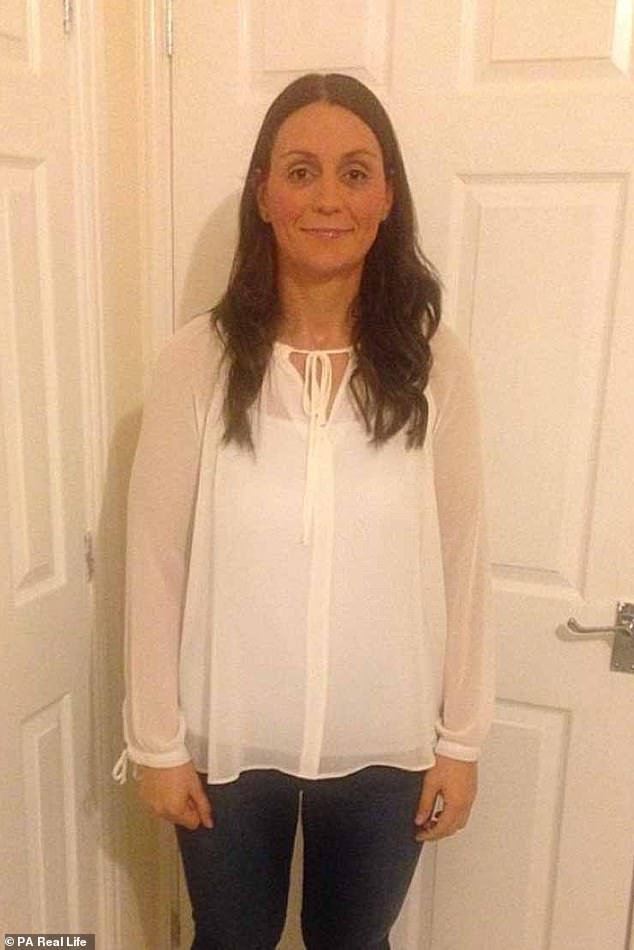 Sue has been able to get  her previous body mass index (BMI) of around 46.6 down to 23.3- which fits within the NHS recommended level

‘I was riddled with mummy guilt. I wanted someone to blame and ended up blaming myself – that’s when my weight really spiralled out of control.’

Giving in to her insatiable appetite for sugary treats, as Sue’s weight rocketed, she felt ‘permanently ill.’

As a stay-at-home mother, she had easy access to cake, biscuits and sweets, and became hooked on snacking – consuming around 3,000 calories a day, compared to the NHS recommended daily maximum for women of 2,000.

She said: ‘We’d taken Jake to the doctors after noticing he didn’t seem to be developing at the same rate as other kids his age. It’s hard to explain but he seemed different – uninterested.

‘We went through all the appropriate testing and that’s when they told us it was autism. I never in a million years expected to hear those words. It felt completely life- changing.

‘Not knowing why was the hardest, it ate me up inside. All I wanted was a reason and without one, I blamed myself.’

Fortunately, with love and understanding, she came to terms with Jake being autistic and stopped blaming herself.

But, by then, her sweet tooth had become less of an indulgence and more of an addiction. 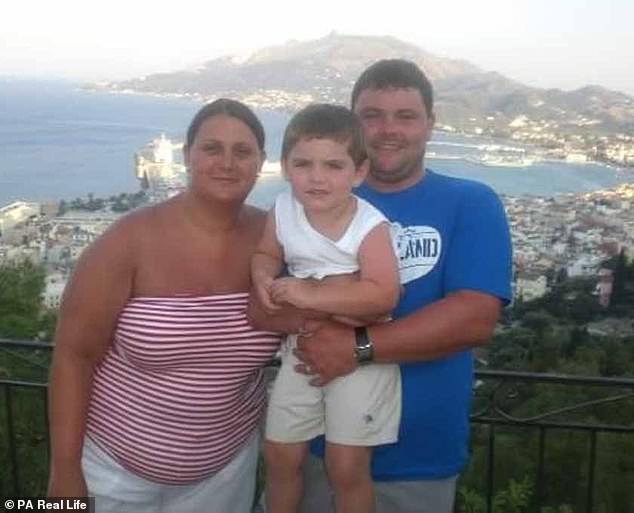 Sue began to consume more calories after she and her electrician husband, Jamie (right), 38, discovered that their son, Jake (centre), now 14, had autism 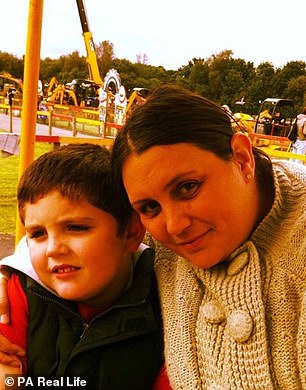 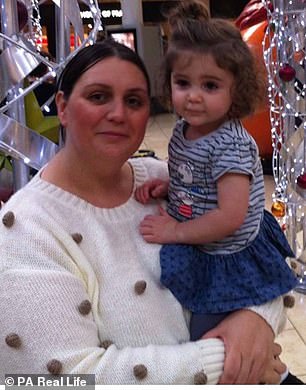 Sue, who is also mother to daughter Evie (right) began to see her weight spiral out of control out of what she called ‘mummy guilt’ for Jake’s (left)  autism 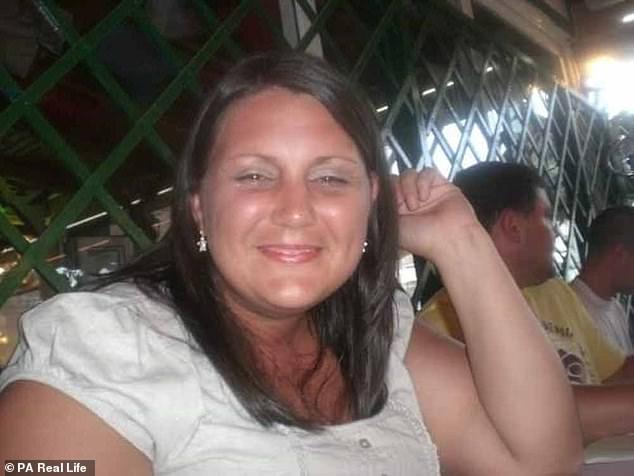 Prior to her weight loss journey, Sue would eat a pre-packed sandwich and a chocolate bar for lunch and double-sized portions of creamy pasta with garlic bread for dinner

‘It took about a year to come to terms with Jake’s diagnosis and now I realise the condition is what makes him unique,’ she said.

‘But, unfortunately, by the time I realised this, my eating habits had already spiralled out of control.’

Incorporating a sweet treat in to every meal, Sue often kick-started her day with buttered white bread and a biscuit, followed by a pre-packed sandwich and a chocolate bar for lunch, before having creamy pasta and garlic bread for dinner.

Snacking on half a pack of biscuits a day, combined with ‘double-sized portions’ meant it took just two years for Sue to gain six stone – going from a 16 to a size 24 – a weight and size she maintained for nearly a decade.

After receiving a free day pass for her local Total Fitness gym, Sue began to work out regularly and her body shed weight

She continued: ‘I’d make excuses for my size, telling myself I was too busy to go on a diet or cook healthy food. I was a full-time mum with two young children to look after.’

But, by 2016, Sue’s size was starting to affect her health and wellbeing.

She said: ‘I was never told by doctors that I was ill but my general mood was terrible. I was anxious and gloomy and I could barely get up off the sofa, as my joints were so sore.’

Salvation came in the form of a free day pass for her local Total Fitness gym, which she was offered later that year, during a shopping trip in town.

And, to her own and her friends and family’s amazement, Sue took to pumping iron like a duck to water – losing an incredible ten stone in less than three years. 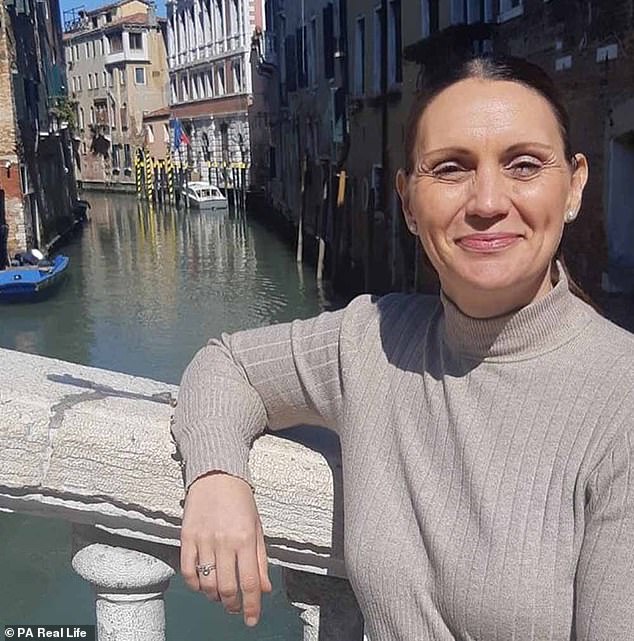 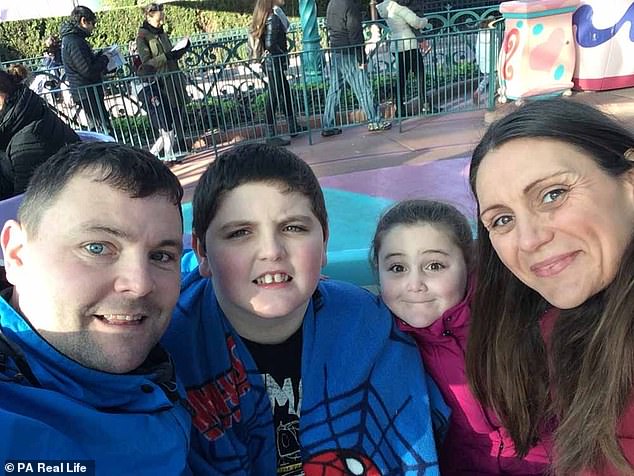 Sue said her husband Jamie (left with Jake, Evie and Sue) had also caught the ‘gym bug’ after witnessing the positive impact it had on his wife 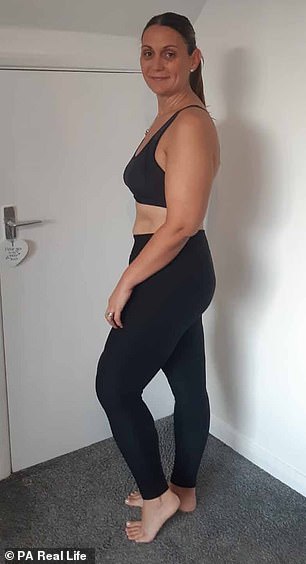 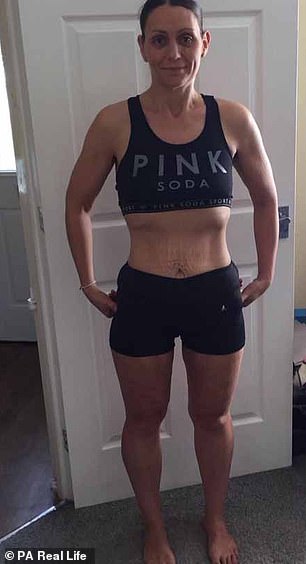 At the start of her weight loss journey, Sue would go to the gym five times a week to do weights, cardio and gym classes

‘It was tough at first, as I felt like I didn’t know anything, but within a few months I was in the swing of it, hitting the gym five times a week doing weights, cardio and classes!’

But Sue admits stepping through the gym doors for the first time was one of the most daunting moments of her life.

‘I walked in and everybody in there seemed to know what they were doing. For a second I thought about running away,’ she said.

‘Luckily, the staff were so friendly. They talked me through some of the basics and, after my first session, I was surprised at how good I felt and signed up for membership the same day.’

Lunch: Sandwich and a chocolate bar

Snacks: Half a pack of biscuits

Initially hitting the gym once a week, it was not until three months in, when Sue began seeing a personal trainer and overhauled her diet, that she started to see the results of her hard work.

Adopting a low-carb, high-protein diet, Sue began eating porridge for breakfast, followed by steamed fish and vegetables for lunch, grilled chicken and brown rice for dinner and protein bars as a snack.

The results paid off and in under three years, she has dropped down to an impressive 10st, size 12.

‘I feel like a completely new person,’ Sue said. ‘The weight loss has given me my confidence back. 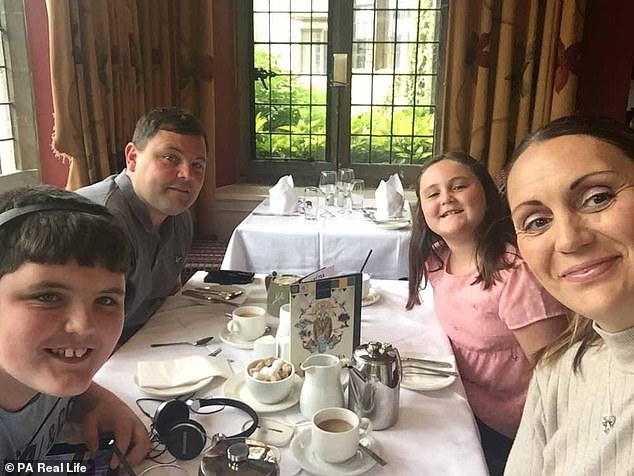 ‘I put on the weight because I struggled with my son’s diagnosis, but it was the worst thing I could have done.

‘I need to be fit and healthy to be the mum my children deserve and now I can finally do it that.

‘It’s important for Jake to be able to get out and be active to help deal with his stress and before I could barely go for a five minute stroll. Now we’re going on long walks over the weekend and taking weekly trips to the pool.

‘My general mood has improved massively and I no longer despair when things don’t go to plan. I keep a cool head – which is all you need sometimes when your son has autism.’ 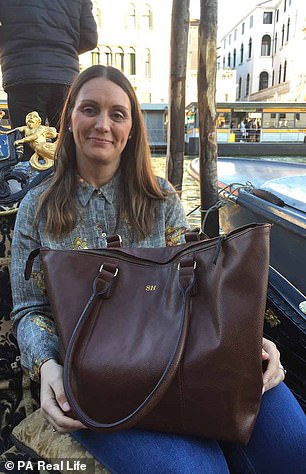 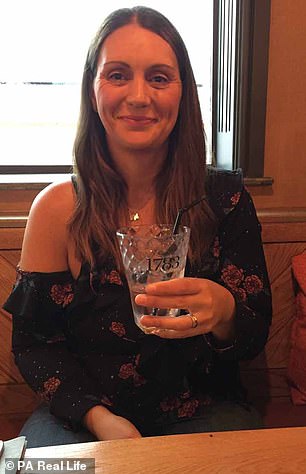 Discussing her husband’s reaction to the weight loss, Sue said he had ‘caught the gym bug’ too.

She added: ‘If you’d have told me five years ago I’d be going on a date to the gym I would have laughed in your face.

‘Jamie’s never struggled with his weight like me, but he’s taken a shine to the gym after seeing the positive impact it’s had on me.

‘I’ve just turned 40, so this goes to show, it’s never too late to turn your life around.’