I’m no Scrooge! Mother vows NEVER to buy Christmas presents for her son, two, because they’re a ‘ridiculous’ waste of money – and will put the cash towards a deposit for his first home instead

A mother-of-one has pledged to never buy Christmas presents for her toddler son.

Lisa Norman, 31, said the pressure of spending hundreds of pounds on gifts for one day was ‘ridiculous’ and she didn’t want her two-year-old Neil to grow up spoilt.

Instead the mother from Leyland, Lancashire, is putting the money she would have spent on presents into a bank account that will go towards a deposit for his first house.

The full-time mother also revealed that she has also shunned buying gifts for Neil’s birthday.

However the little boy doesn’t go without as he is still bought gifts by his grandparents and friends. 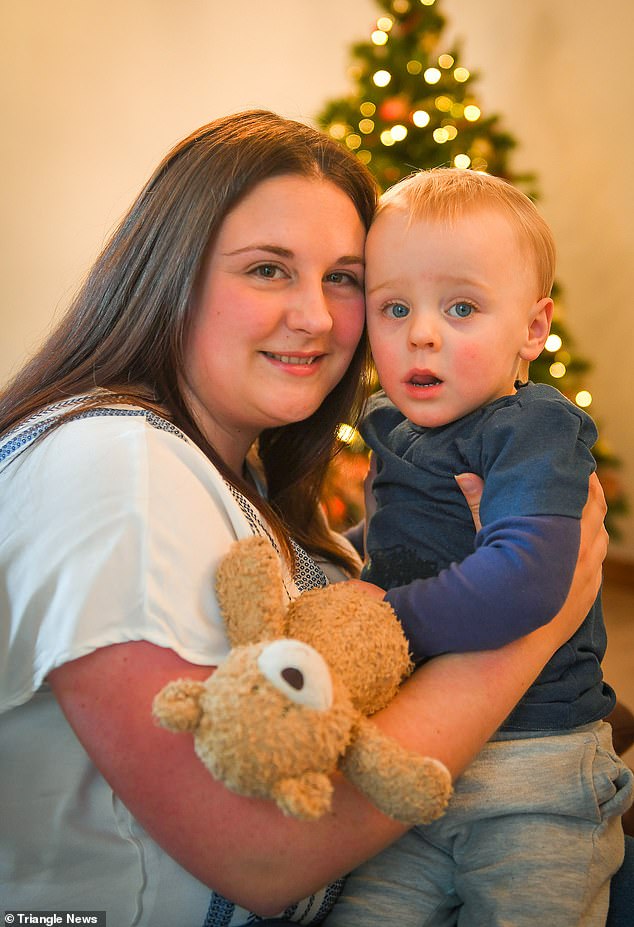 Lisa Norman, 31, from Leyland, Lancashire, has decided to invest her son’s present budget into a deposit for his first house instead of getting him gifts for Christmas or his birthday

She said other parents should take a leaf out of her book because she finds the amount of gifts some buy their children disgusting.

She said: ‘You see all these photos showing the huge amount of gifts people are buying their kids in the run up to Christmas.

‘It is ridiculous. Christmas can put a lot of pressure on parents and we don’t want to get into debt or spoil him with stuff he doesn’t need, so we just get him nothing.’

Neil was born 10 weeks premature in November 2016 and Lisa was warned he might not survive. However he is now a happy and healthy two-year-old boy.

She and his father say the most important gift is that their son is alive and well, and instead hope they can teach him about unnecessary spending.

Although the family can afford to buy him presents, they don’t see the point in spending hundreds of pounds every year on presents he will quickly outgrow.

But the decision has raised eyebrows among the Norman family’s friends. 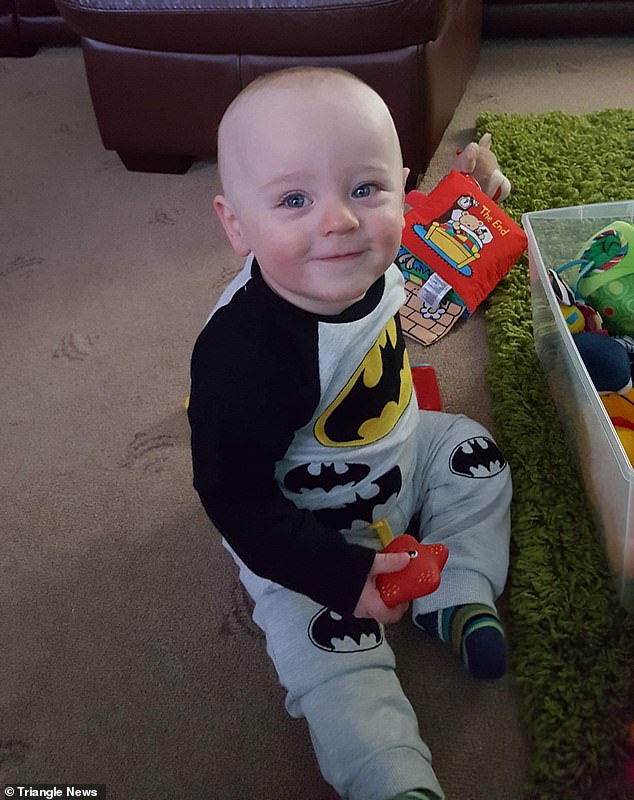 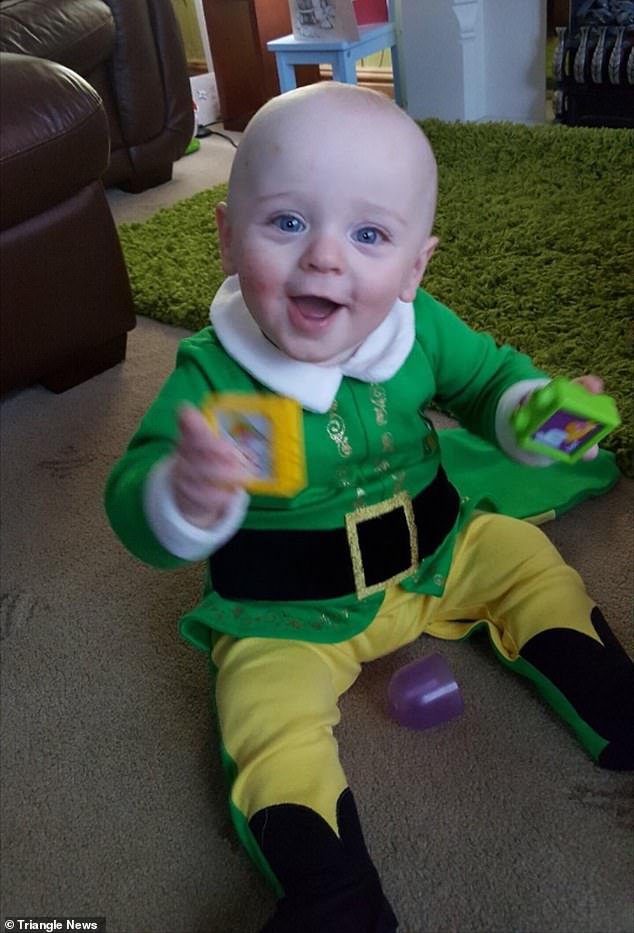 When Neil is older, Lisa said he will never go without, as she will give him gifts that he needs – clothes, a rucksack for nursery or educational aids – when she feels he deserves them.

But that as he grows older he will realise that each year unlike his peers he won’t be getting presents.

‘He’s never going to be spoiled with absolutely everything, I know that now. We don’t give in to him wanting something.’

She explained: ‘As parents, we know how much we struggled to get on the property ladder, get driving lessons, and things like that.

‘We sit and play with Neil with the toys he got from other people, it’s not like he’s deprived at all. If everyone else is giving him gifts, there’s no need for us to add to it.’ 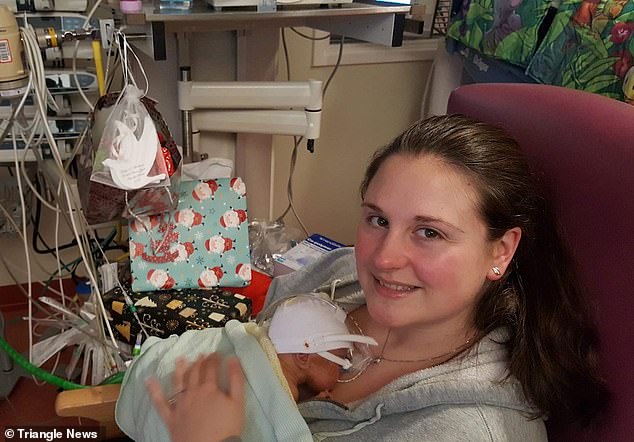 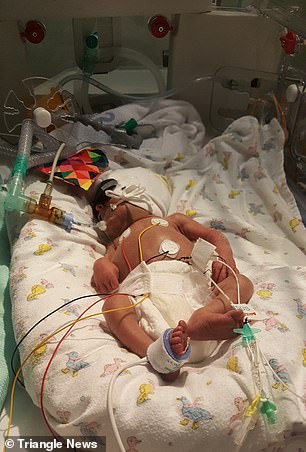 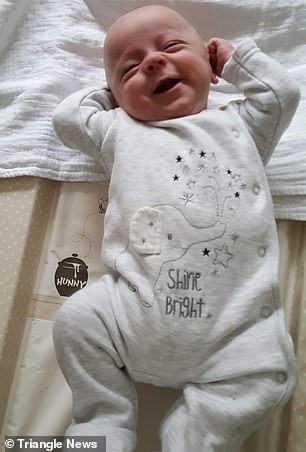 Despite initial worries about his health, left in hospital, two years later Neil is a healthy toddler. His parents say the most important gift is that their son is alive and well

But Neil won’t go totally without, as Lisa explained that he will get presents from his grandparents who will also be cooking a festive feast.

She said that she’s following in the footsteps of her parents who ‘always had a budget’ and never went over the top.

Despite backlash, the mother said of her controversial decision: ‘We won’t give in.’

She has now founded her own business, Presents For Preemies, which suggests gift ideas for premature babies.

Lisa said: ‘Loads of people struggled with buying us things so I thought I’d set up a guide.’ 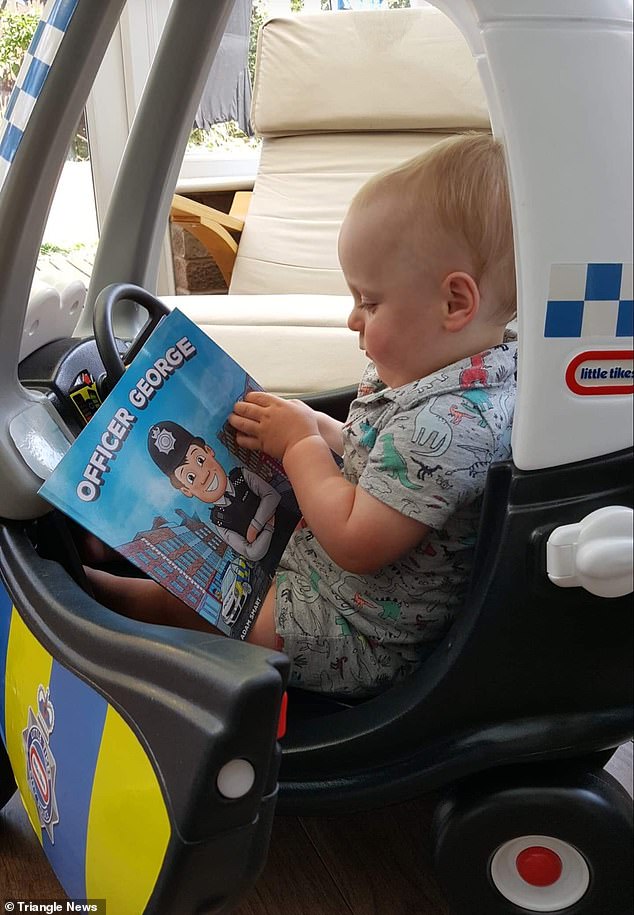 Lisa say he will never go without, as she will give him gifts that he needs – clothes, a rucksack for nursery or educational aids – when she feels he deserves them 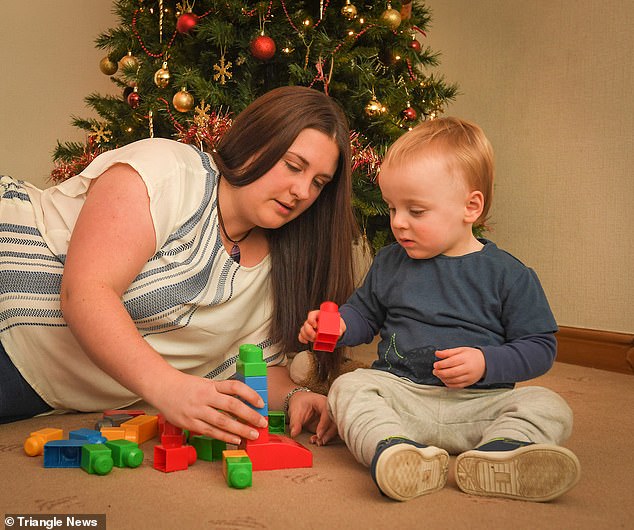 Neil will also receive presents from his grandparents, friends and other family members