Nineties fitness guru Mr Motivator is RAFFLING his £1.8million Caribbean mansion for £23 a ticket as he returns to the UK to be with his sick daughter – and the winner will get £30K as well as the house

Nineties’ TV fitness guru Mr Motivator is selling his Caribbean dream property as he is having to return to Britain.

The former breakfast TV star, real name Derrick Evans, has run and owned an eco-tourism resort in Jamaica since 2003.

But he is now moving back to the UK to be with his ill daughter.

He has decided to raffle off the £1.8m property for £23 a ticket as he wants it to go to an ‘ordinary person’.

The winner will get the 28-acre retreat that includes a six-bedroom house, a cottage and a seven-bedroom apartment block, a zip wire course and paintball zone.

They will also receive a £30,000 cash sum to help them get started. 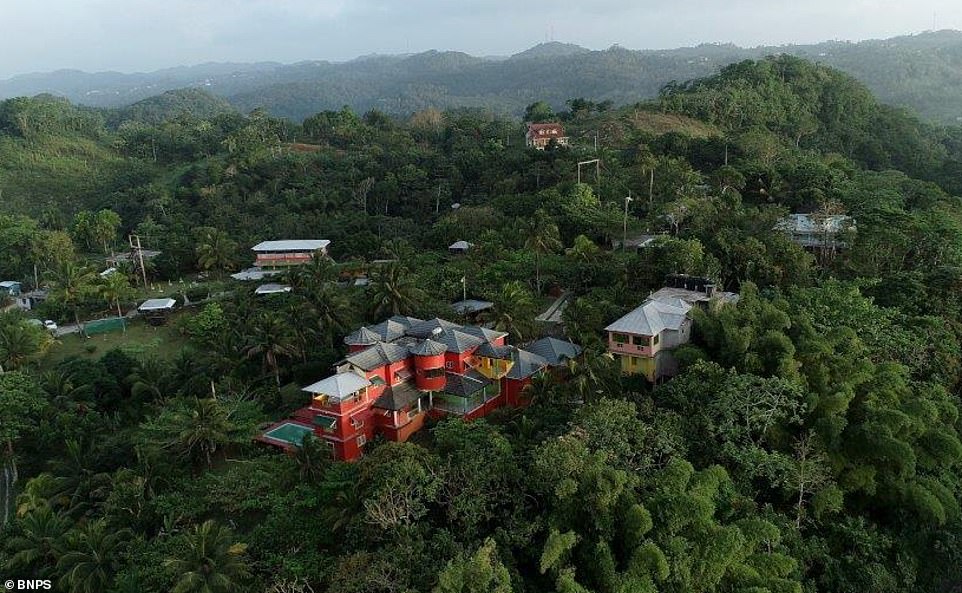 Mr Motivator, real name Derrick Evans, has run and owned an eco-tourism resort in Jamaica since 2003 which he is now raffling off so he can return to the UK to care for his daughter Abigail who has been diagnosed with Type 1 diabetes 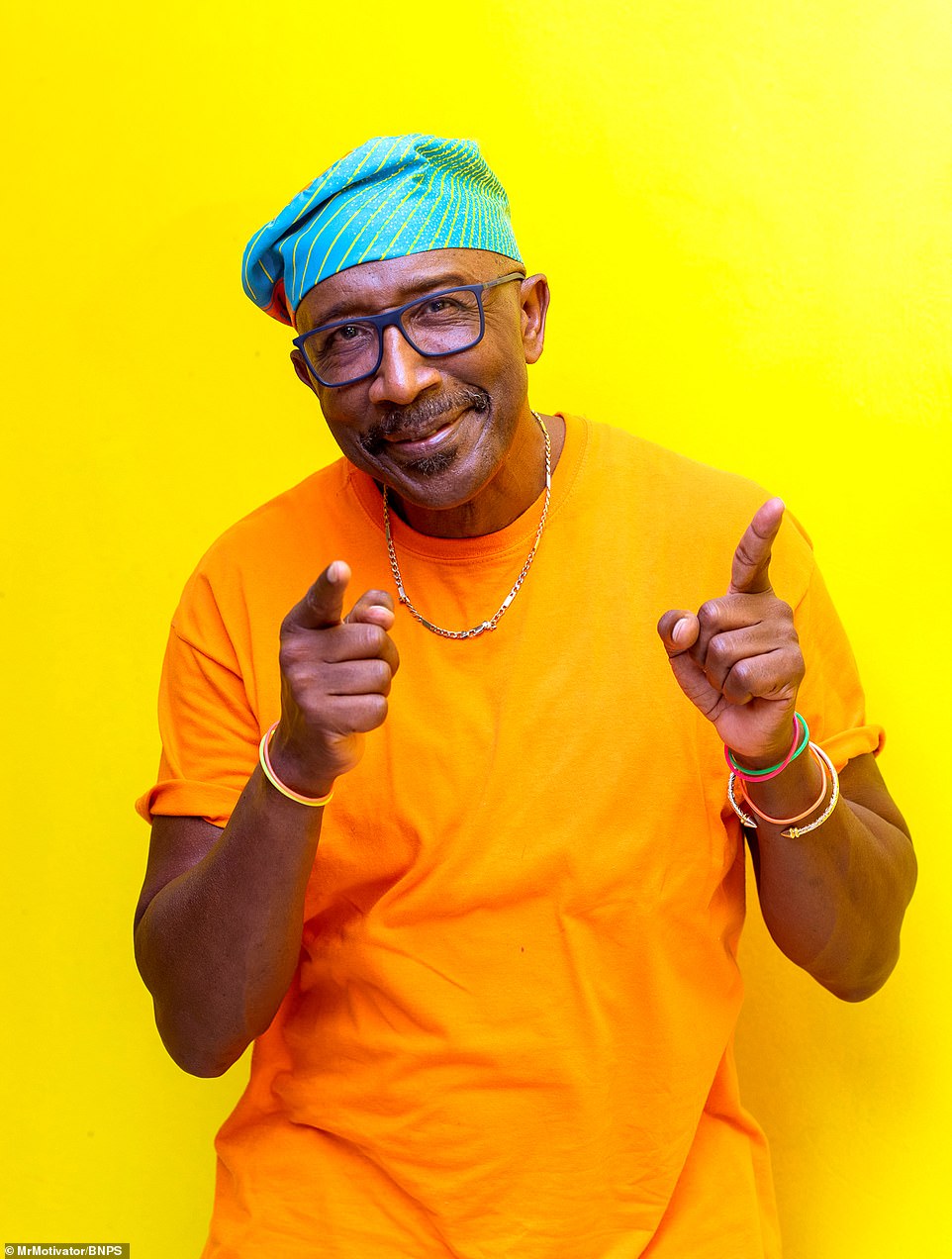 The business currently has about a dozen staff and Mr Motivator will also be on hand to guide them through the first few months.

The 65-year-old flamboyant health expert bought the plush green plot in the hills above St Ann on Jamaica with his wife Sandra and daughter Abigail.

He still works in the UK as a motivational speaker and fitness coach and had been splitting his time between the two countries.

But he has decided to move back to the UK permanently after Abigail, a make-up artist, was diagnosed with Type 1 diabetes. 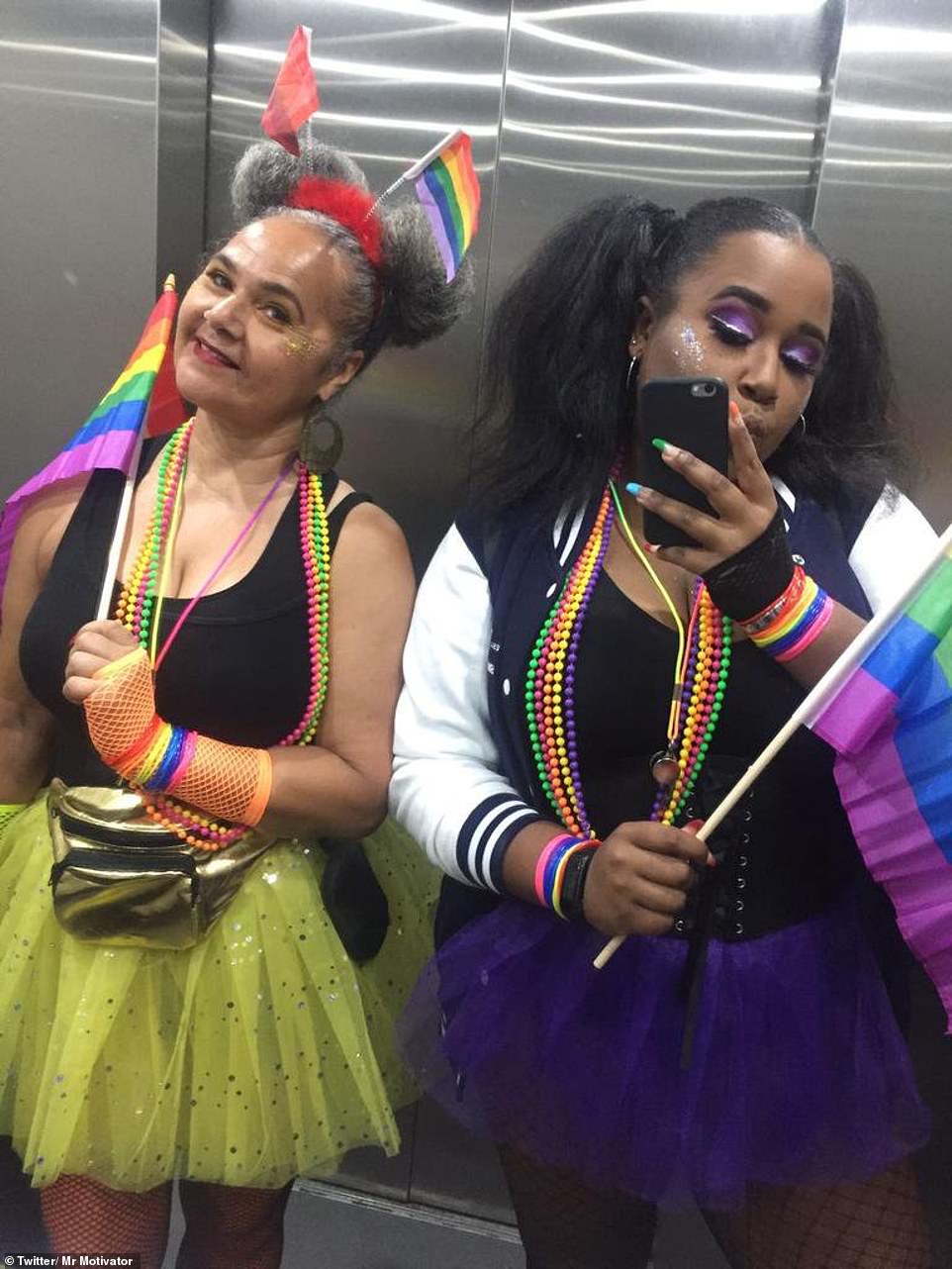 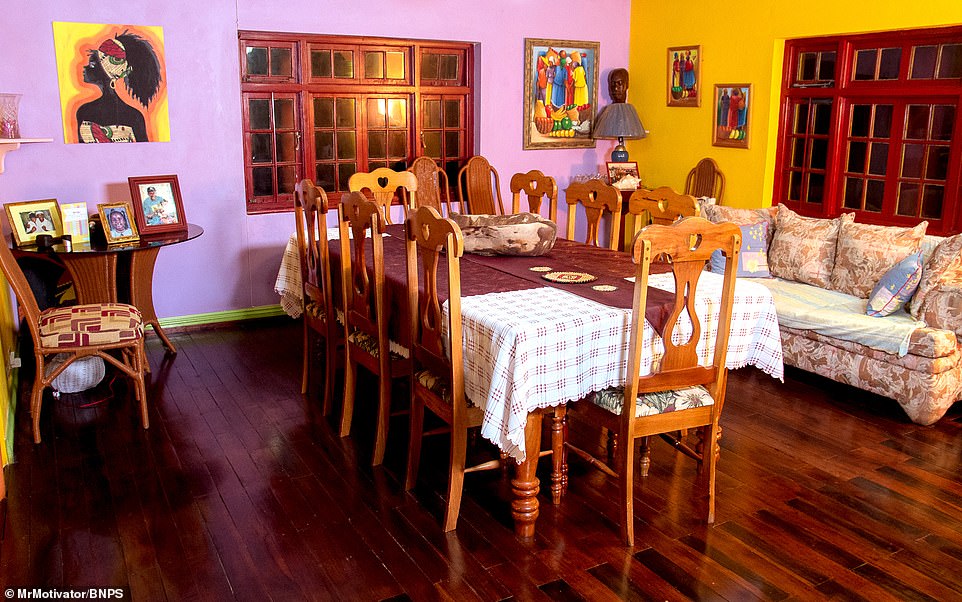 The sprawling £1.8 million property is being raffled with tickets costing just £23. Pictured: A dining area in the property 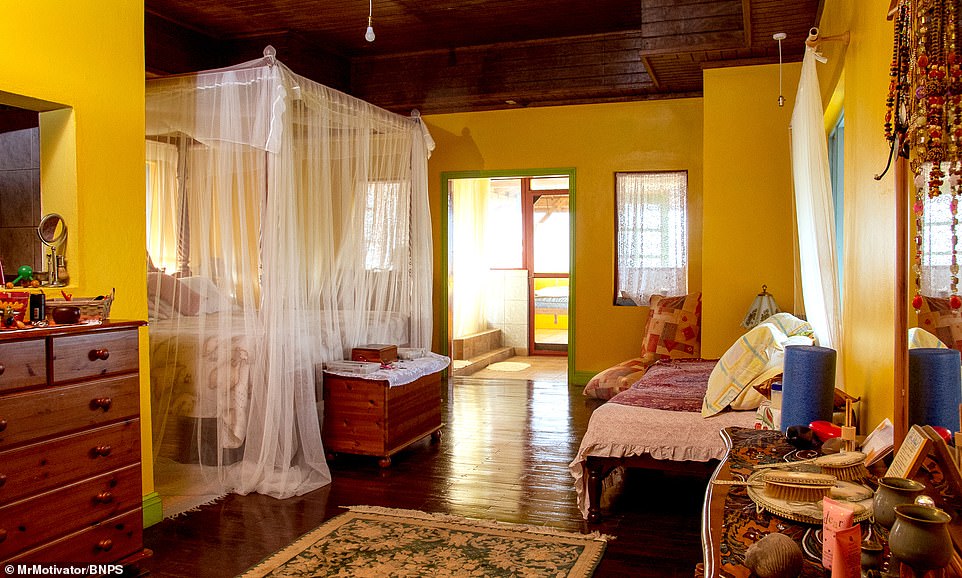 The winner will also be presented with £30,000 cash in order to help get them started. Pictured: One of the bedrooms in the property 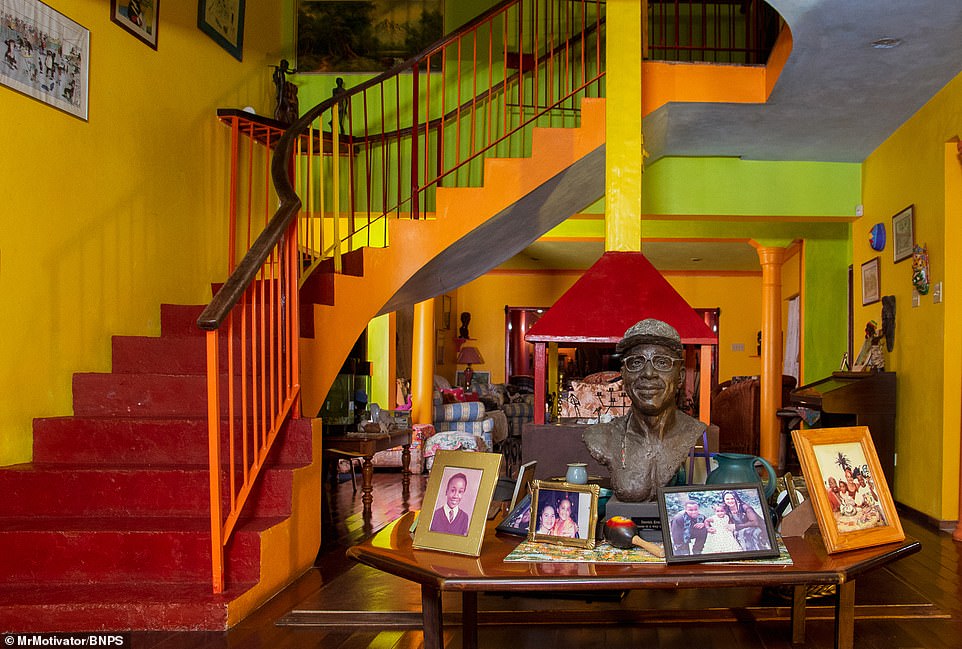 The winner will get the 28-acre retreat that includes a six-bedroom house, a cottage and a seven-bedroom apartment block, a zip wire course and paintball zone

Mr Evans said: ‘What has happened has changed our priorities.

‘She lives in the UK and we decided it would be good for us, and her, if we came back.

‘We’ve got a place in Manchester now and my wife spent very little time in Jamaica anyway.

‘The idea for raffling the property kind of suited what I am about. I could have put it up for sale and someone with big pockets could have bought it but I like the idea of opening it up to the ordinary person.

‘The retreat was set up very much for local people, a lot of people depend on us for their employment. 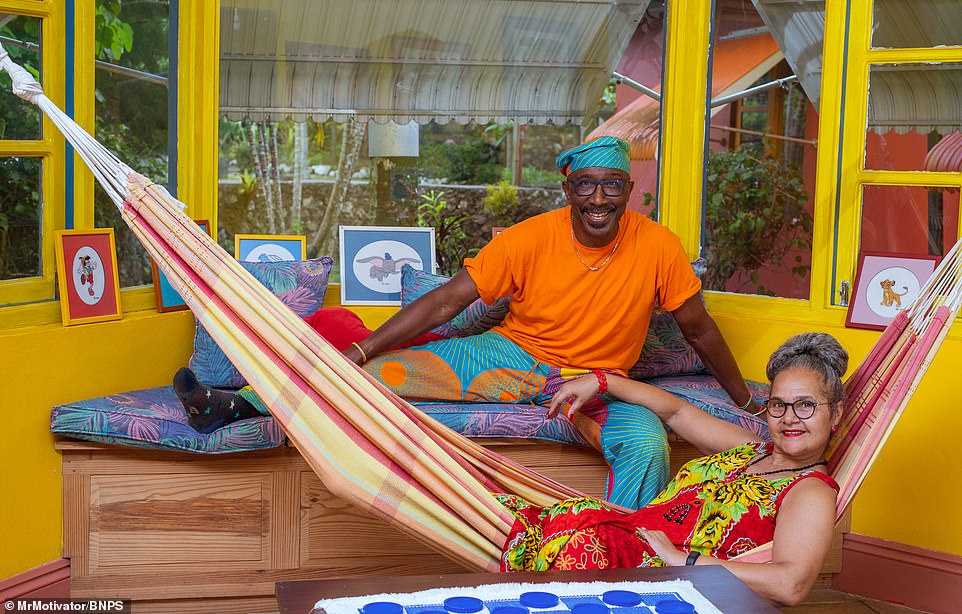 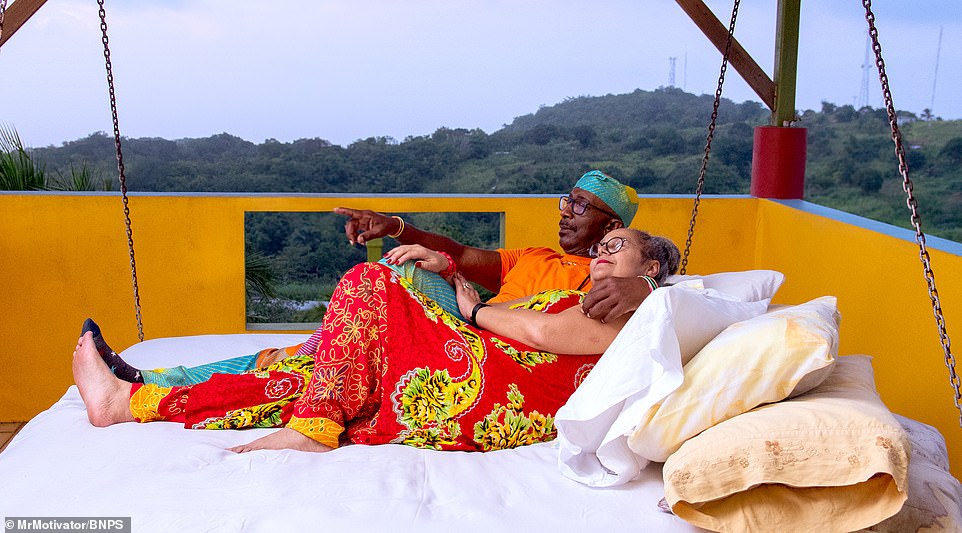 ‘It’s set 2,000ft up in the hills on the northern coast, well away from traditional tourist areas.

‘It’s like a miniature Go Ape in the grounds. You’ve got 28 acres, which is a lot of land.

‘The winner is going to have an amazing start and it is the chance to have a complete lifestyle change.

‘They will already have the staff who know how to run the business, I will give them access to my lawyer and accountant, I will be available for at least three months and the prize includes a cash sum to help them get started.

‘There are no bills associated with the business because I never borrowed any money to do anything, it was all paid for.

‘The winner will be handed the keys, they will move in and I will move out.

‘I think it’s an amazing opportunity for someone, I just hope whoever wins will allow me to come back and stay some time.’ 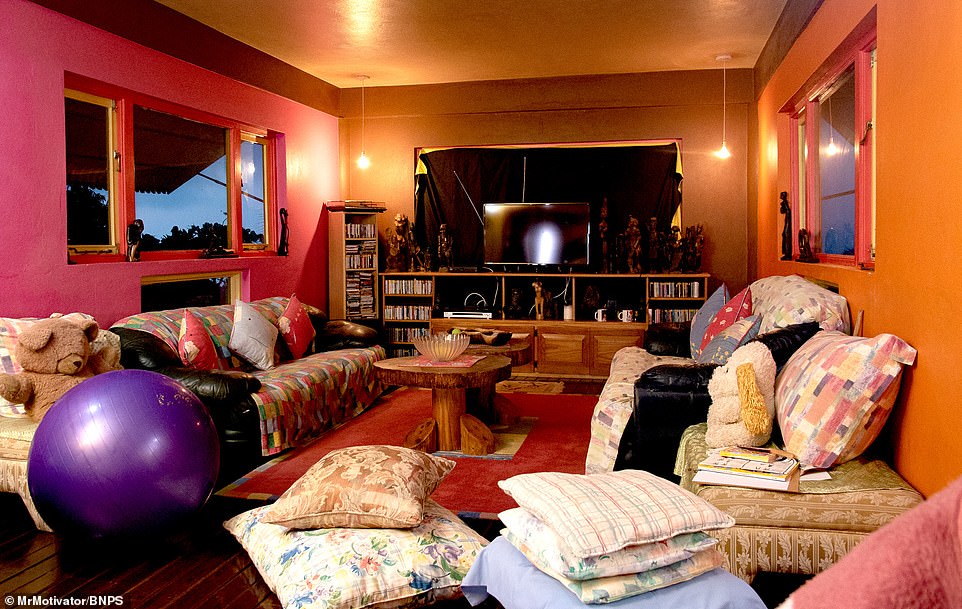 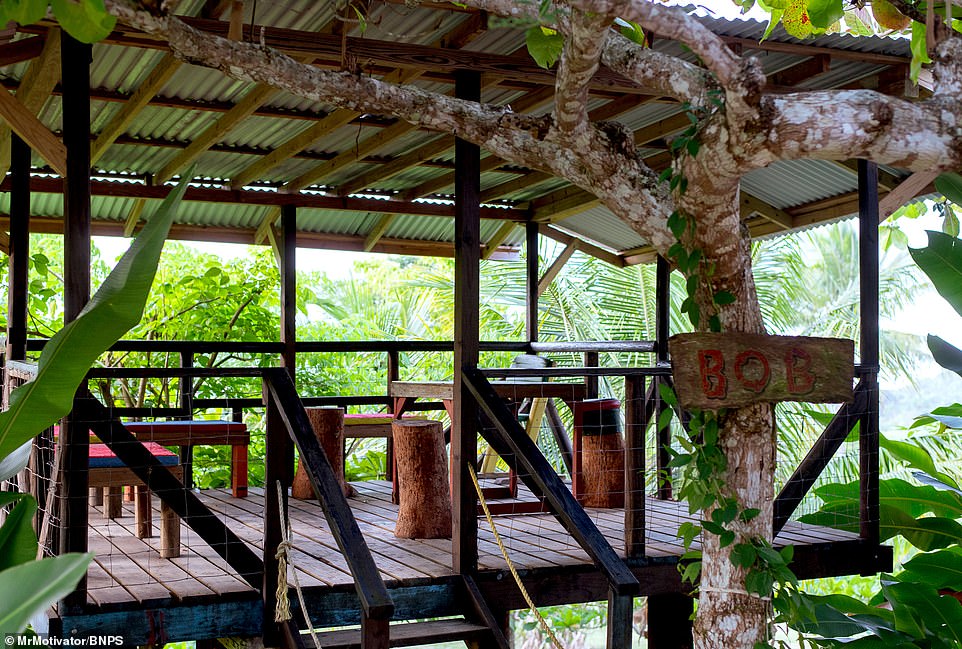 As well as the vast interior the property has plenty of outdoor space, including alfresco dining areas such as this one 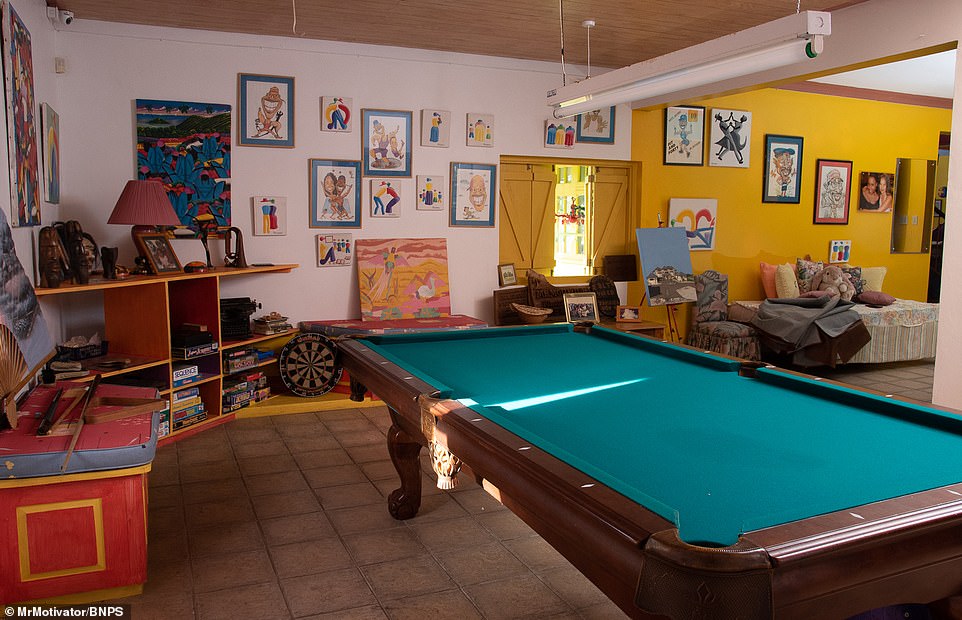 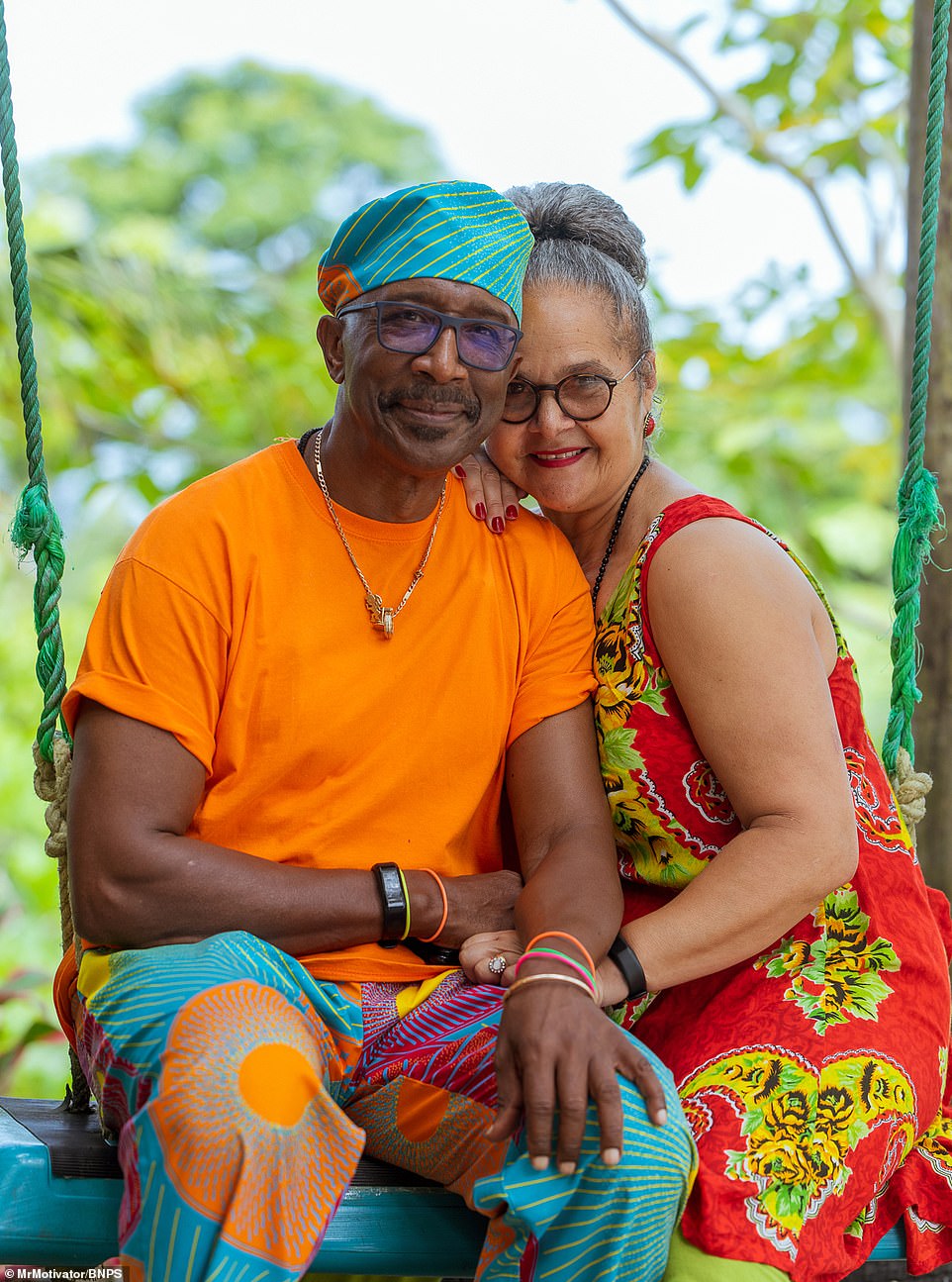 Derrick is aiming to sell at least 50,000 tickets to make the sale viable with it having taken him 18 months to get the approval

Mr Evans said it has taken him 18 months to get approval by the local Gaming and Lottery Commission as raffling off a property has never been done before in Jamaica.

He is aiming to sell at least 50,000 tickets to make the sale viable.

He said: ‘I think we will achieve that because it only started at the beginning of the month and the uptake has been really good.

‘Although I have had people contact me to check it’s really me and not a scam.’

Participants must be over 18 and meet the criteria outlined in the terms and conditions.

The draw, which will take place on January 14, will be overseen by the Gaming and Lottery Commission and one winner will be chosen, as well as 12 alternates in case the winner doesn’t meet all the criteria.