Love fashion? Do you find yourself screaming at your television screen when you watch Wheel of Fortune, Jeopardy, or the like every night? Then Moschino’s fall 2019 collection, which just showed at Milan Fashion Week and was inspired by the longest running television show in the world, is definitely going to win over your heart. If you thought Vanna White was the most stylish thing to ever happen to your grandma’s favorite TV genre, you’re about to be proven very, very wrong.

As described by Vogue, "A giant black curtain lifted, and a familiar game-show tune started jingling," marking the beginning of the high fashion brand’s seasonal runway show. But rather than the trendy tunes that are typically selected to score such Fashion Week events, an unmistakable jingle began broadcasting over the loudspeaker. "It was the do-do-di-do of The Price Is Right, television’s longest-running game show, the one in which contestants vie for cash and prizes by guessing the retail price of—cue the canned voice—’a bedroom set, a billiard table, a brand new washer and dryer, a neeewww car!”’" Described Vogue editor, Nicole Phelps, in her review.

That’s right, some of the biggest models in the world including Kaia Gerber, Vittoria Ceretti, Bella Hadid, and Jourdan Dunn were strutting to the tune of The Price is Right—exceedingly appropriate, seeing as the clothes were also designed to reference the iconic game show.

Known for his kitschy designs, Jeremy Scott’s vision for Moschino has always been playful, outrageous, and unexpected. He’s dressed his models as ’50s-esque aliens complete with rainbow-hued skin, sent high fashion McDonald’s merch down his runway, and once looked to Spongebob Squarepants as a muse. Scott makes fashion fun, and I have no doubt that the attendees at his most recent show were all left with huge smiles on their faces. 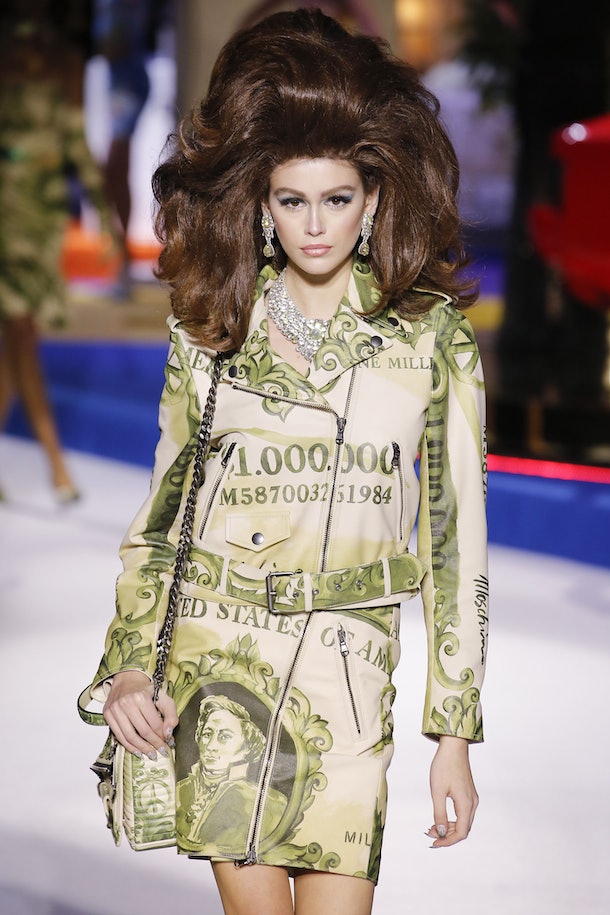 “There’s always shit in everyone’s life,” Scott told Vogue. “A little levity, a little bit of fun—there’s nothing wrong with it. I am the king of camp.”

Gerber opened the show wearing a leather jacket and skirt that boasted a $1,000,000 money print. Rich, indeed, made all the more opulent by giant a diamond choker and glitzy earrings. 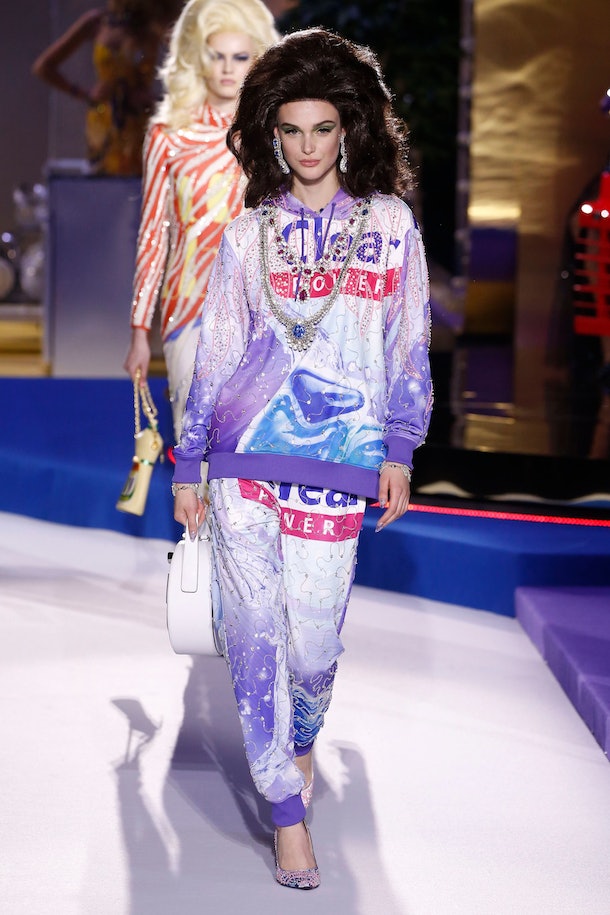 Later on in the lineup, models wearing dresses and sweatsuits featuring dish detergent branding took to the runway, as did a black dress adorned with metallic dollar signs, extravagant gold gowns, and oversized crewneck sweatshirts emblazoned with credit card-toting Troll dolls. Yeah, it was all over the place but in the best of ways. 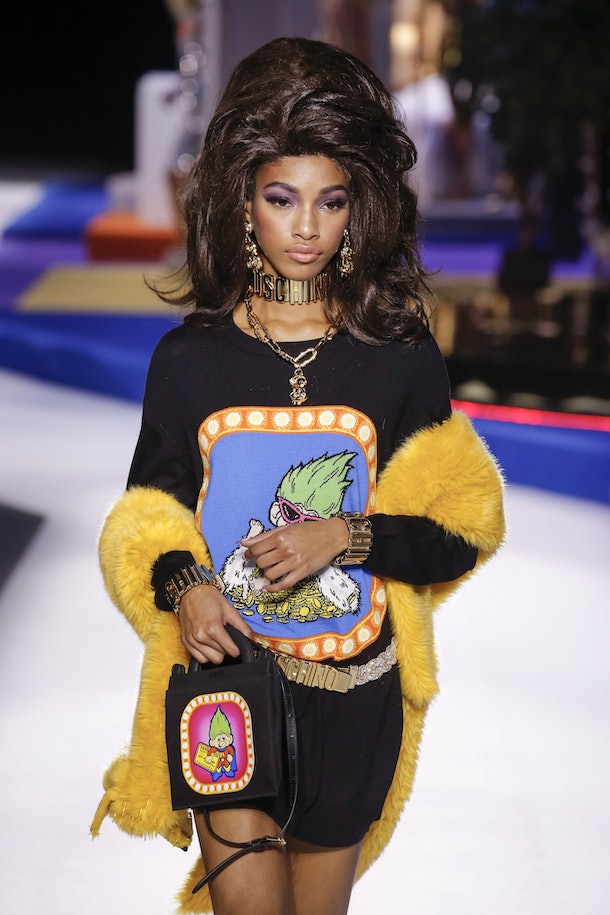 The highlight of the collection was undeniably the accessories. A clutch featuring a chain handle was fashioned to look just like a bottle of dish detergent, while a larger bag was shaped like a slot machine.

Other clutches came in the forms of an oversized dollar bill; a giant check in the amount of "One Million Dollars"; and, most decadent of all, a TV dinner. 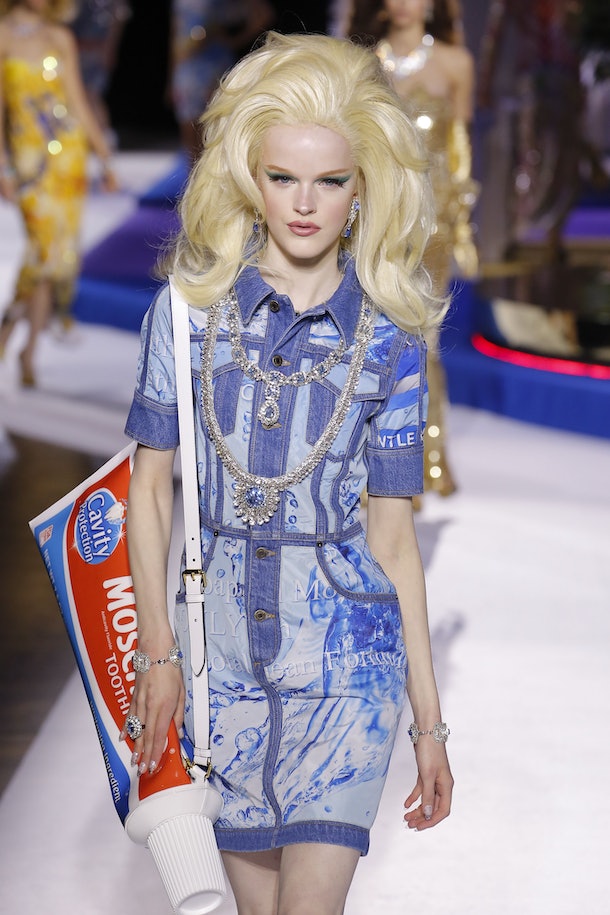 A giant tube of toothpaste, an iron, and a hairdryer were also fashioned into carryalls, proving once and for all that Scott’s imagination stops nowhere.

Did he win fashion week? Or just our hearts?