The supermarket's £2.50 hot pasty contains a starter, main course and even a pudding inside – but that might put some people off. 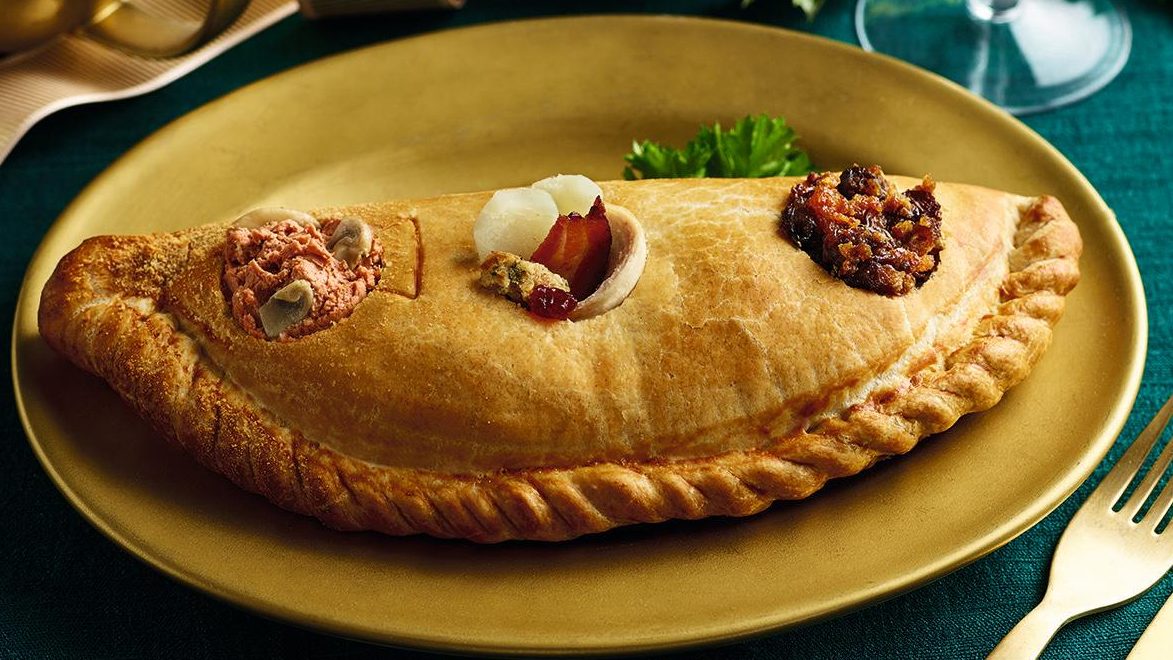 The Christmas Dinner Pasty, which is only available in stores, has an arrow carved into the top to show shoppers which end they should bite into first.

At the start, diners will get a mouthful of Ardennes pâté, sweet apple chutney and Melba toast.

In the middle, there's a more traditional filling of turkey with sage and onion stuffing, potato, hand-wrapped pigs in blankets, cranberries and a creamy sauce.

At the end, there's even a course of Christmas pudding soaked in brandy sauce. 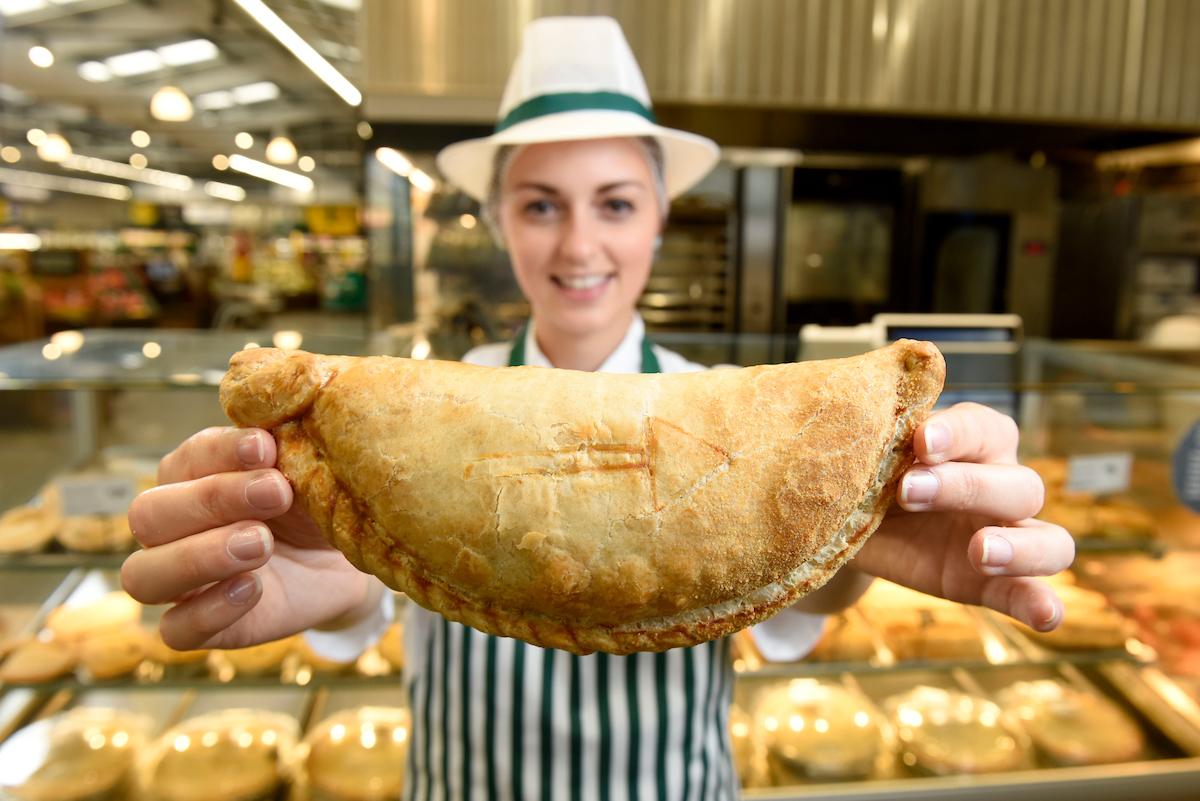 If you want to try one, you should start at the arrow's head and not at its base – unless you want to tuck into Christmas pudding before your turkey, of course.

While some people might be worried they'd get an mouthful of turkey and pudding at the same time, it's actually traditional to have sweet and savoury fillings in one pasty.

Nineteenth-century miners ate part-savoury, part-sweet pasties so they could have a two-course dinner while they worked in the mines.

They were known as "tin miners' pasties" and were the perfect calorie-laden food to take down into mines as they could be easily carried.

They're also similar to the traditional Bedfordshire clangers, which are sometimes made with a savoury filling at one end and a sweet one at the other.

A short history of the Cornish pasty

It's thought Cornish pasties were invented more than 700 years ago in the 14th century.

But it wasn't until the 19th century, that they became popular, according to the Cornish Pasty Association, when the industrial revolution kicked off and more and more people started work in the mines.

Adults and children took pasties into the mines as their 'D' shape makes them ideal for carrying.

They were filled with cheap ingredients – potato, swede and onion – and without the meat that comes as standard today as it was too expensive.

Some people claim miners wouldn't eat the pasty crust because that's the part they would hold onto with their grubby hands.

But others say that this is just a myth, and miners would carry the pasties in a paper or muslin bag and eat every last scrap.

Some pasties were made with a savoury filling at one end and a sweet one at the other: the ultimate convenient two-course dinner.

But these are no longer that popular with shoppers, which is why they're rarely sold at supermarkets or at pasty shops.

Morrisons hasn't revealed how many calories are in one of its Christmas Dinner Pasties but it's bound to be more calorific than one of its standard pasties, which contain 373 calories each.

We've asked Morrisons for the calorie count and we'll update this story when we hear back.

It's worth bearing in mind that at £2.50, the pasty is 75p more expensive than one of its £1.75 hot Traditional Steak Pasties.

But shoppers are paying for the novelty factor, as part-sweet, part-savoury pasties are rarely found on the British high street.

Morrisons said the pasties cost more because it took its chefs three months to perfect the recipe, which includes individually hand-wrapped pigs in blankets inside the portable dinner.

It's the first time Morrisons has sold a three-course sweet and savoury pasty but it has previously sold tin miners' pasties with meat in one end and apple in the other.

Shoppers can buy the pasties from Morrisons' hot pie counters.

Morrisons has 494 shops in the UK, employing 100,000 people. You can find your nearest branch using its online store finder tool.

If a Christmas dinner pasty doesn't take your fancy, then Asda is selling a festive dinner pizza topped with pigs in blankets and even cranberry sauce.

Last week, Morrisons warned it may have to rise prices if the Sainsbury's and Asda merger goes ahead.