His art has graced monogrammed Louis Vuitton handbags and an album cover for rapper Kanye West, and his signature otaku flowers are, in his native Japan, as recognisable as the cans of soup by Andy Warhol, the cultural icon to whom he is constantly compared.

The work of Japan's art world superstar Takashi Murakami is coming to Sydney next summer as part of a blockbuster exhibition that will delve into the supernatural and otherworldly creatures created by Japanese artists across the centuries. 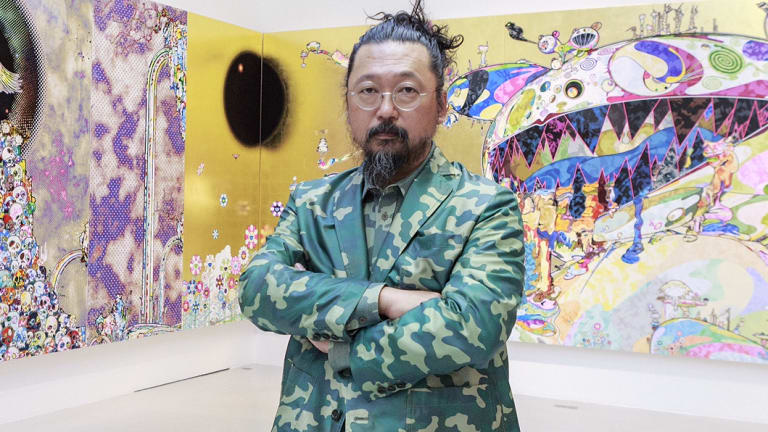 Takashi Murakami in his studioCredit:Claire Dorn

Japan Supernatural will draw on paintings, prints, classic Japanese cinema and animation as well as sculpture, contemporary comics and games to feature what the Art Gallery of NSW's director, Michael Brand, describes as an ''astonishing parade of magical animals, fiendish imps, legendary monsters and otherworldly phantoms''.

It's a wildly different offering from the gallery's current show of masterpiece works by Matisse, Picasso, Kandinsky, Cézanne and Malevich from the State Hermitage Museum in St Petersburg.

Supernatural is the first of two world-first shows secured by the NSW Government for the Sydney International Art Series next year, introduced in 2010 to bring groundbreaking works from towering figures of modern art to the city and bolster cultural tourism in the process.

In the other, the Museum of Contemporary Art will show the first major retrospective in Australia by British artist Cornelia Parker, best known for her large-scale in-room installations and sculptures that present everyday objects often exploded, shot, upended and rearranged.

Coming to Sydney will be her blown-up shed, Cold Dark Matter: An Exploded View, regularly named the favourite work of visitors to the Tate in London. 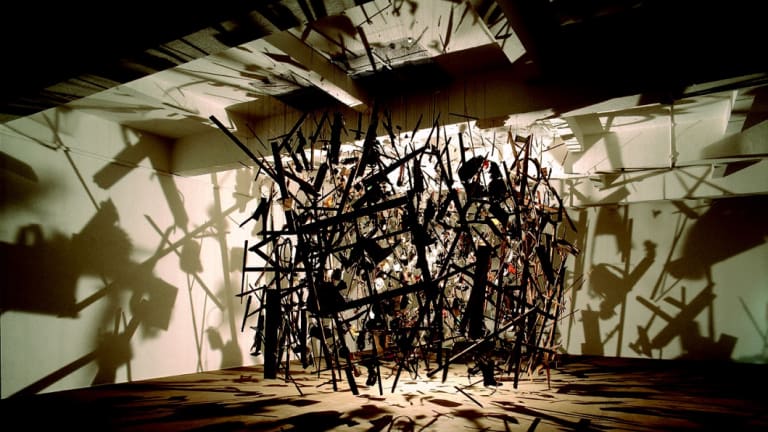 Cold Dark Matter will feature in a major survey of the British artist Cornelia Parker.

Also among the more than 40 artworks to be curated by MCA's Rachel Kent will be works the artist created during her appointment as official election artist for Britain's 2017 General Election, as well as her Avoided Object series of smaller-scale works, in which the artist has transformed everyday objects through processes of burning, squashing and flattening.

''This is the first time Australian audiences will have the opportunity to see a major show of one of the most important women artists working today,'' said the MCA's director, Elizabeth Ann Macgregor. ''She even numbers previous [series] artist Yoko Ono among her admirers.”

The Tourism Minister, Adam Marshall, said he expected both standout exhibitions to be crowd-pullers, bringing more than 220,000 visitors to Sydney.

Since its inception in 2010, the Sydney International Art Series had generated more
than $149 million in overnight visitor expenditure, he said, and attracted more than 2.1 million
visitors.

Of these, more than 201,000 overnight visitors had travelled to Sydney
from overseas, interstate and from within NSW to view the participating exhibitions. 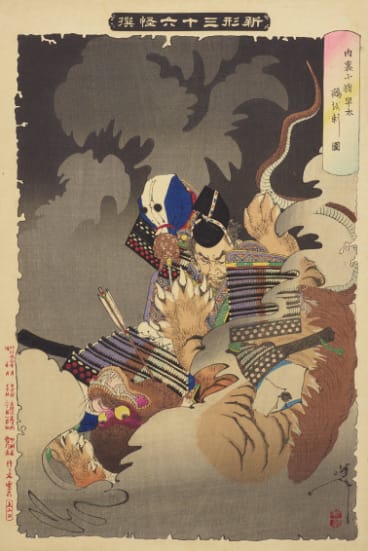 Japan Supernatural features Tsukioka Yoshitoshi’s ‘Nue’ from the series ‘New forms of thirty-six ghosts’ in the collection of the Art Gallery of NSW’.

Supernatural, curated by the gallery's Melanie Eastburn, will bring together 200 works by some of the greatest Japanese artists, including nineteenth-century master Katsushika Hokusai, creator of one of the best-known examples of Japanese woodblock art, The Great Wave off Kanagawa.

''The incredible works of art in Japan Supernatural are drawn from major collections worldwide, as well as our own,'' Mr Brand said.

At the heart of the exhibition would be a ''monumental'' installation from Murakami, renowned for his merging of pop art and anime with fine art on the one surface, a  technique the artist has coined as superflat.

Both exhibitions open in November 2019.