MOB Wives star Drita D’Avanzo and her husband are being accused of dealing drugs after police raided their home and arrested them on Thursday night. 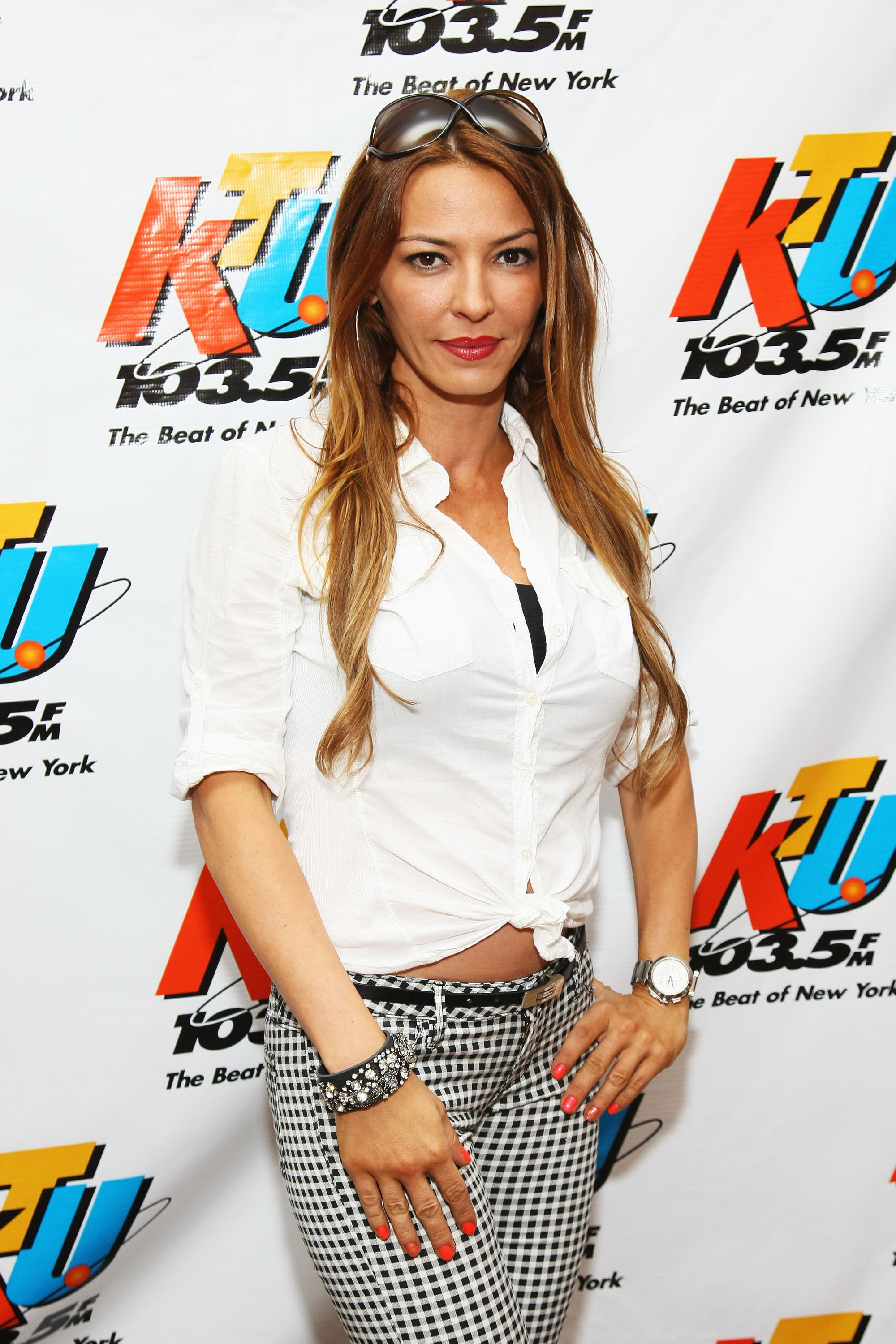 Court papers also accuse the couple of acting together to be “injurious to the physical, mental or moral welfare of a child less than seventeen years old.”

The documents claim a large quantity of marijuana from the basement and from a kitchen cabinet were accessible to their daughter, 12. 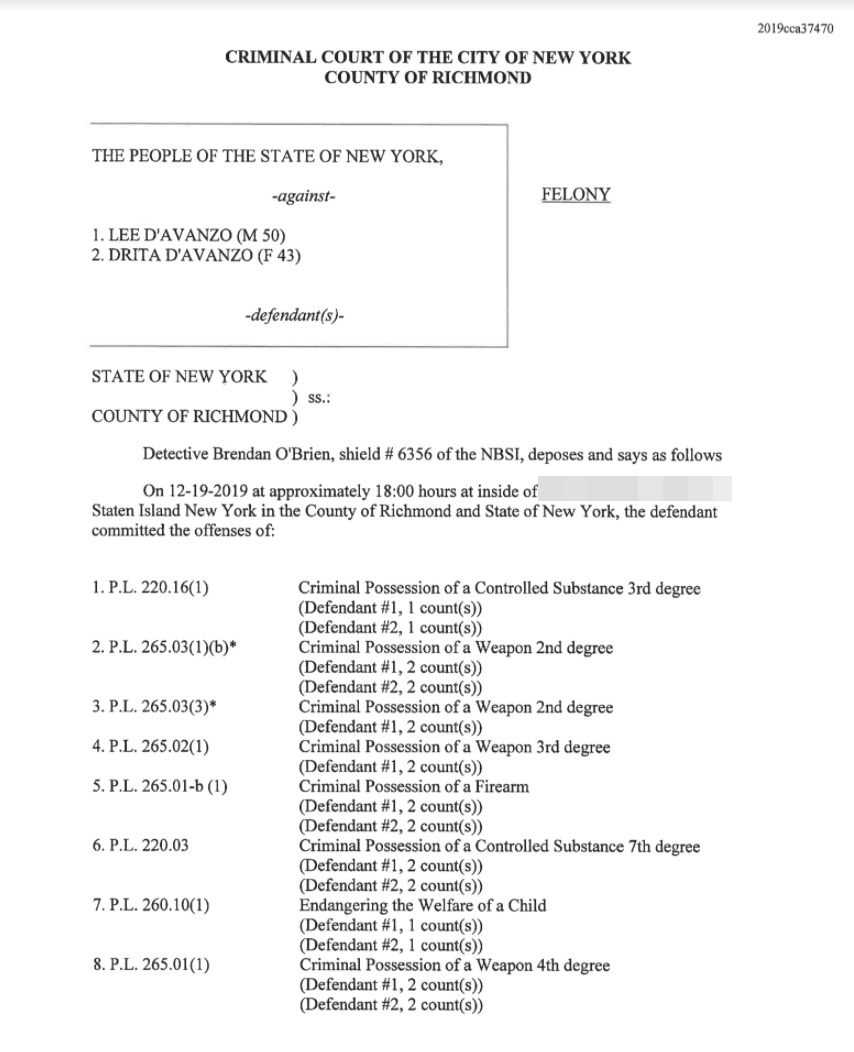 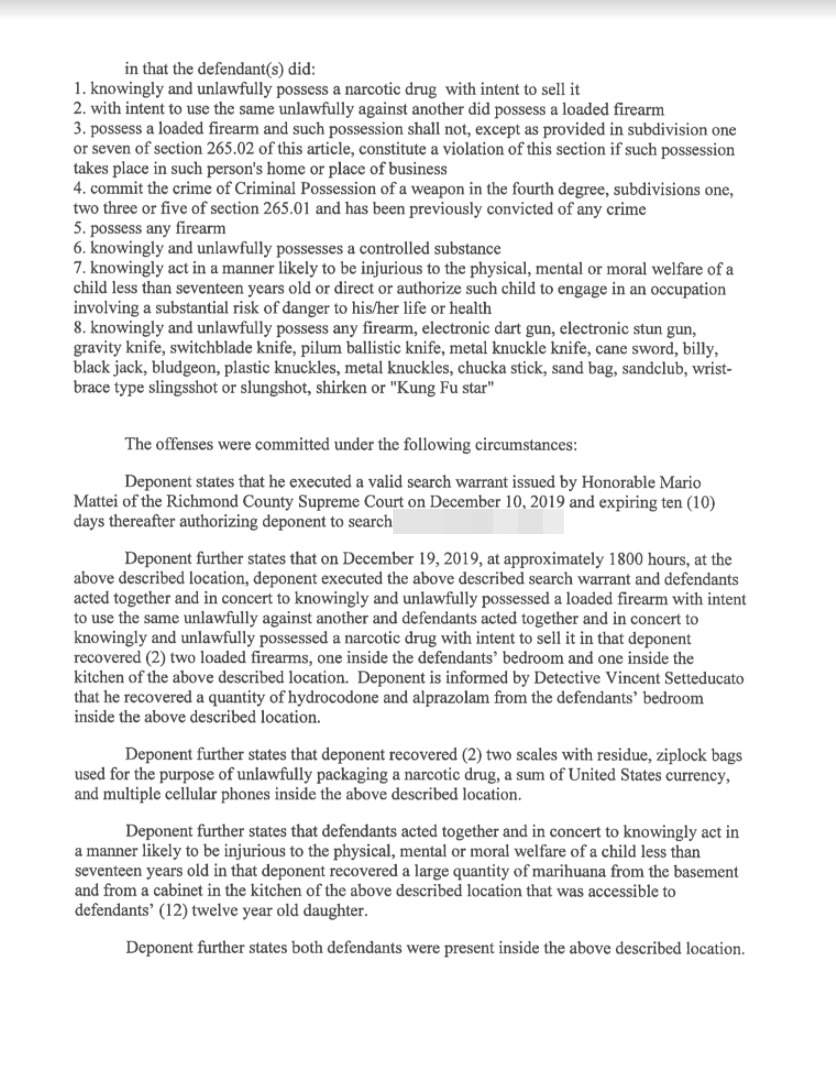 A search warrant was executed on December 10, 2019 before the Thursday raid.

The parties “unlawfully possessed a narcotic drug with intent to sell it,” court papers claim.

Recovered in the raid were two scales with residue and Ziplock bags.

The items were allegedly “used to the purpose of unlawfully packaging a narcotic drug.” 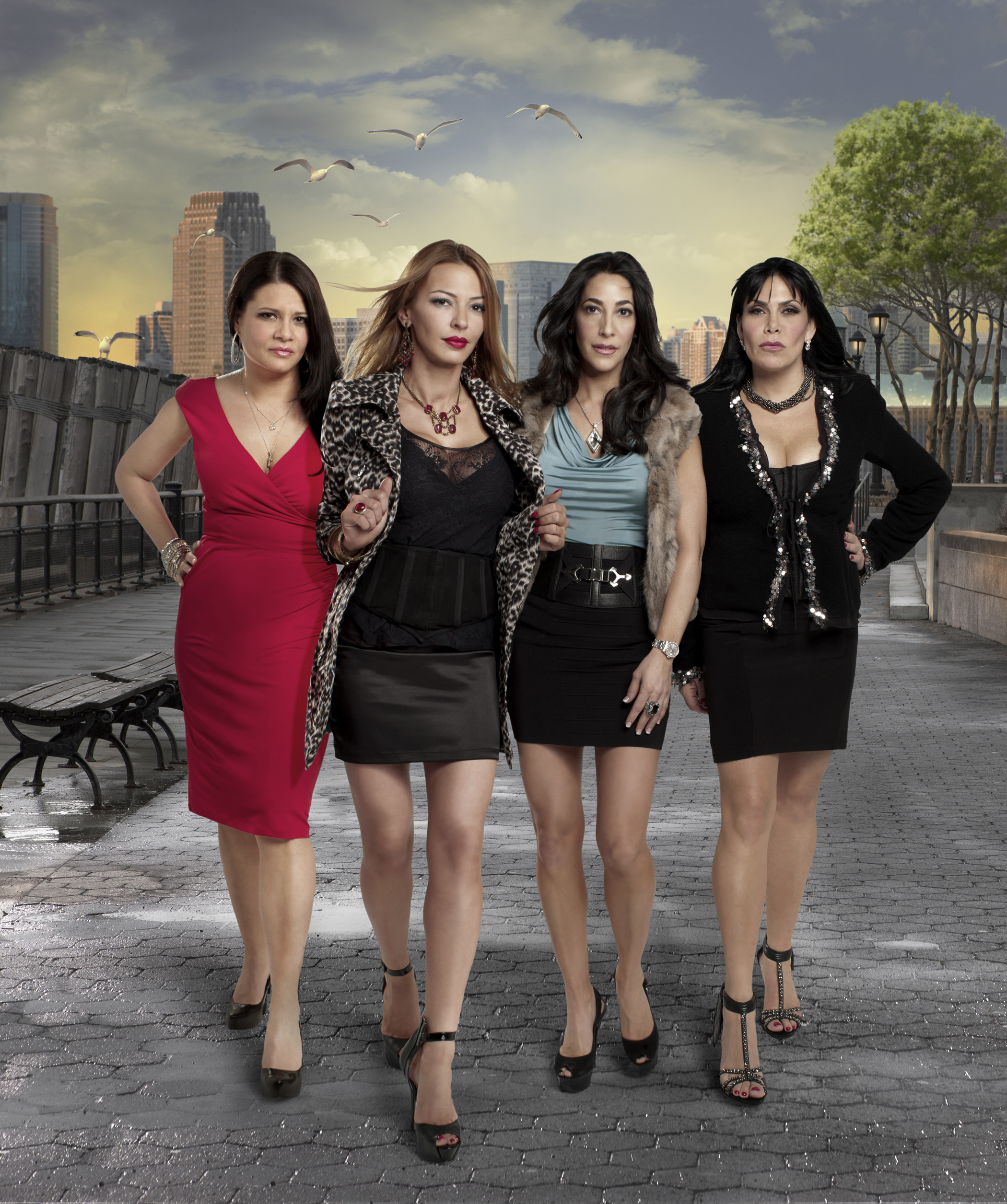 Multiple cell phones were also found in the home.

The substances described above were allegedly hydrocodone, a powerful painkiller, and alprazolam, or Xanax, according to the court papers.

According to the District Attorney, Drita’s bail has been set at $15,000.

Her husband Lee, who was also arrested in the raid, “was remanded into custody,” according to the DA’s Office. 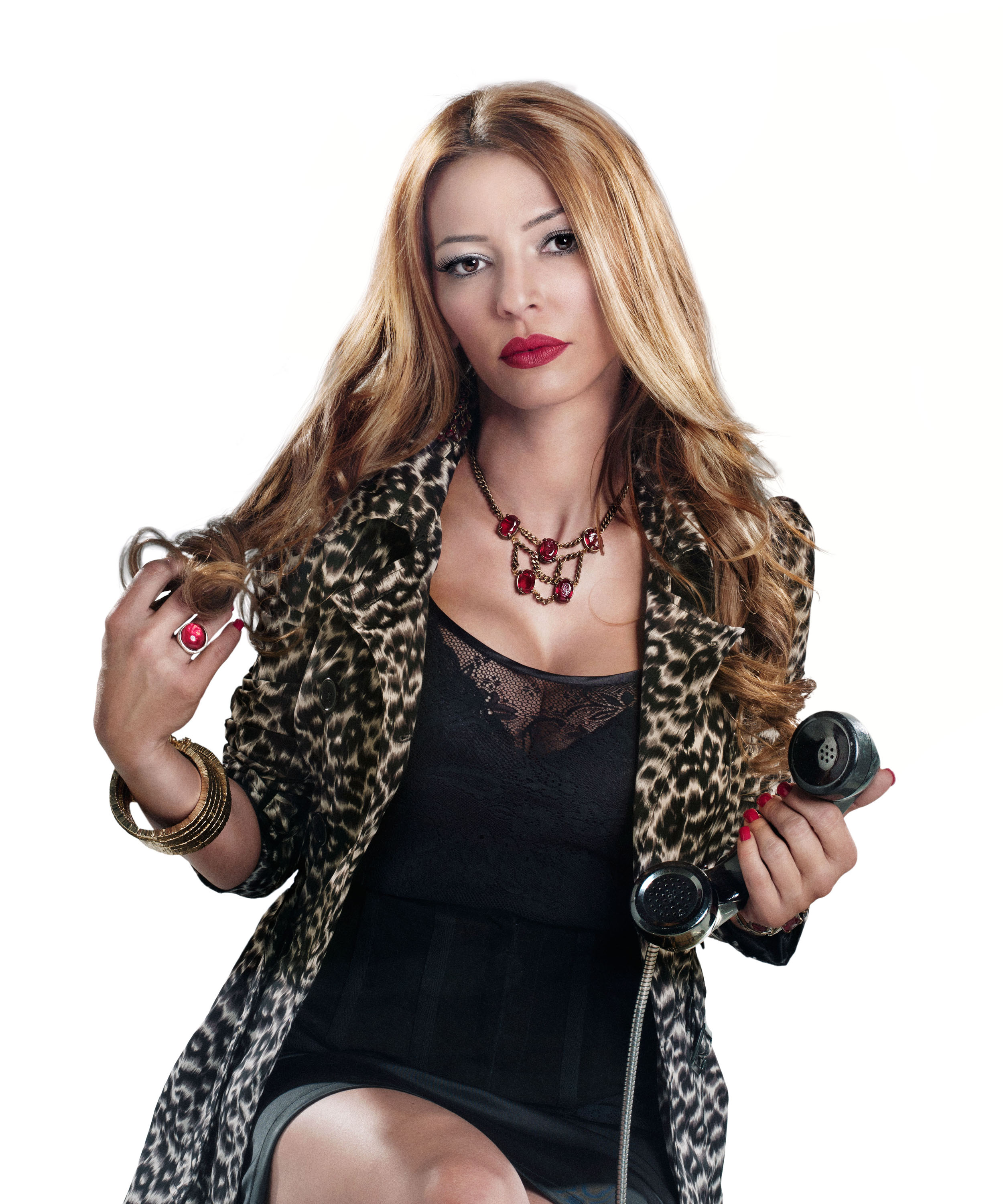 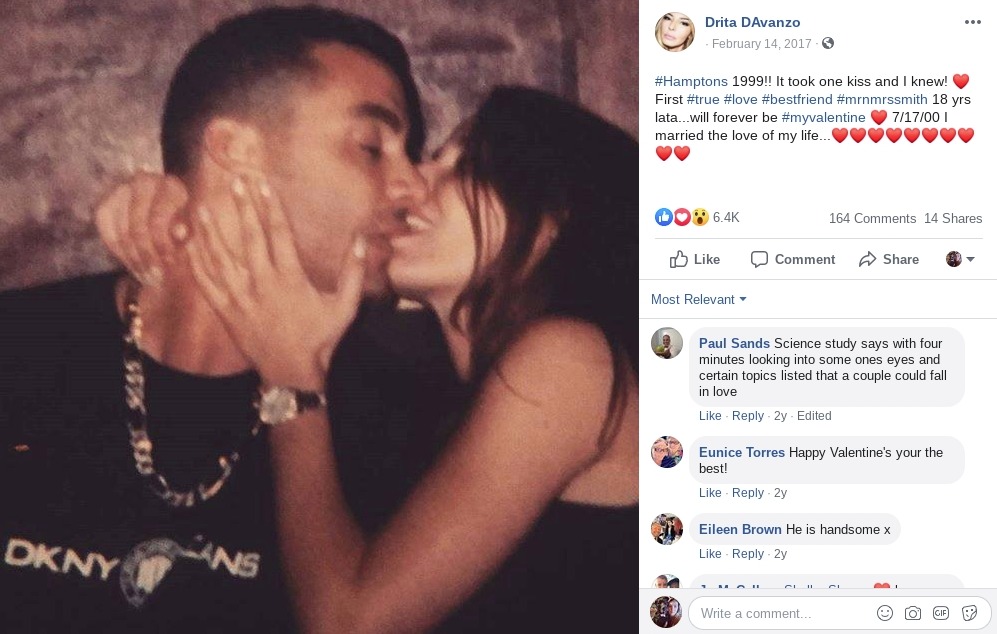 Cops also reportedly found 120 pills of hydrocodone/acetaminophen, 22 Xanax tablets and 16 ounces of marijuana in the home.

The raid happened after law enforcement received concerns about suspicious activities in the location. 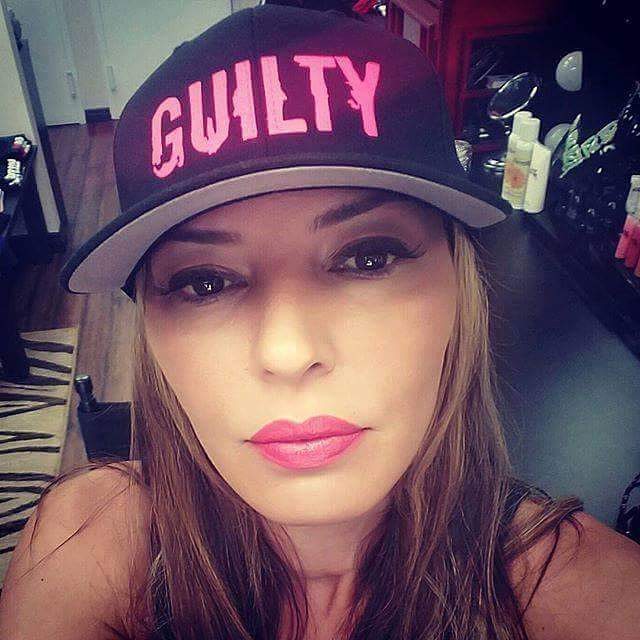 The Mob Wives star was previously arrested back in January after punching another woman and fleeing the scene.

The two had been arguing in the woman’s home before Drita allegedly physically assaulted her.

Drita appeared on the VH1 reality TV show Mob Wives, and was known for her explosive temper.

We pay for videos too. Click here to upload yours.

From Mardi Gras to the Greek Festival: Your guide to the week

Tony Todd Is Back as the Candyman in the Trailer For Jordan Peele's "Spiritual Sequel"
We and our partners use cookies on this site to improve our service, perform analytics, personalize advertising, measure advertising performance, and remember website preferences.Ok