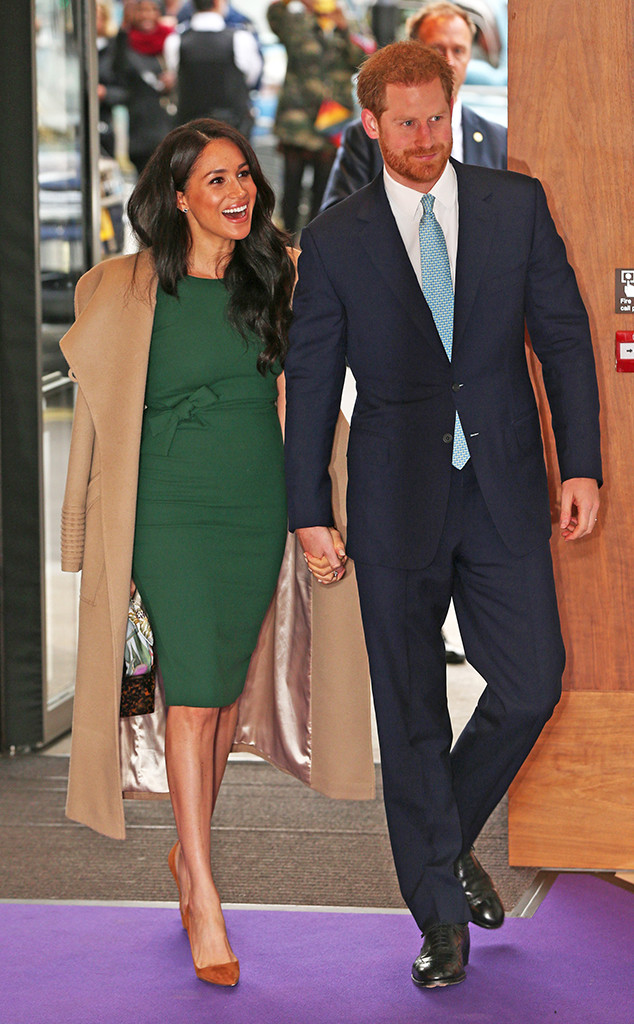 On Tuesday, the Duchess of Sussex and Duke of Sussex arrived at the Royal Lancaster Hotel in London to attend the annual WellChild Awards. For the occasion, Harry opted for a suit and baby blue tie while Meghan donned a hunter green sheath dress by P.A.R.O.S.H that some eagle-eyed royal fans may recognize. It is the same dress the former actress sported when she and Harry stepped out for an official photo call on Nov. 27, 2017, the day their engagement was announced.

At the time, the future royal kept warm with a white Line the Label wrap coat on top, similar to Tuesday’s look, in which the new mom opted to layer with her camel Sentaler wrap coat instead. Markle previously wore the outerwear at the first Christmas Day service she spent with the royal family in 2017, ahead of her and Harry’s wedding.

As fans may recall, the world got a better glimpse of the green sheath dress on that big day two years ago when the couple later sat down for their first joint interview on camera, Markle sans coat. 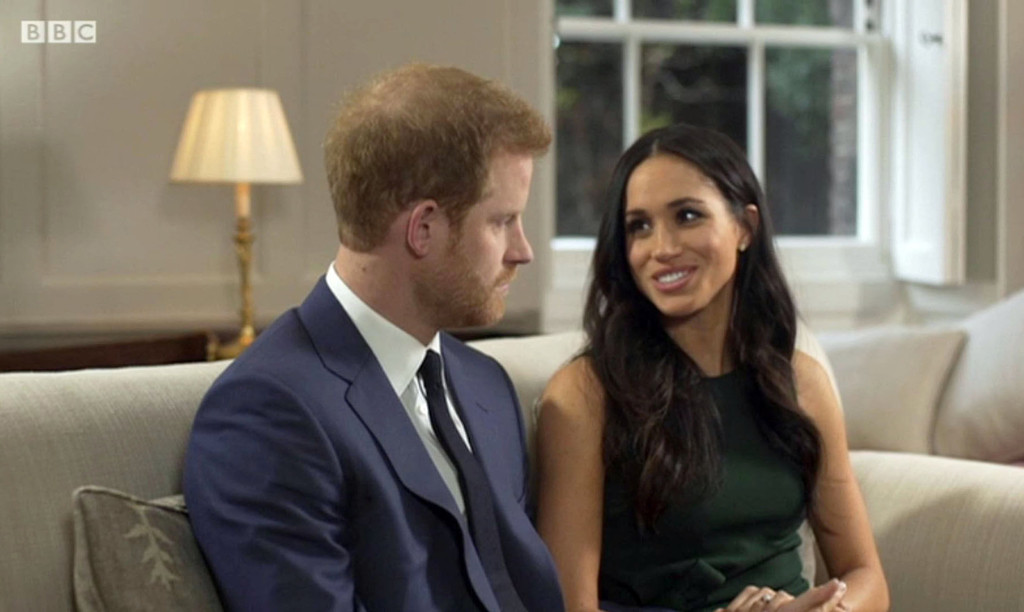 Now, nearly two years later, the duchess has revisited the garment, though much has happened since, including the birth of the couple’s first child, son Archie Harrison. In fact, it was on this day last year that Kensington Palace released a statement from the future parents announcing Markle’s pregnancy.

“Their Royal Highnesses The Duke and Duchess of Sussex are very pleased to announce that The Duchess of Sussex is expecting a baby in the Spring of 2019,” a statement read on Instagram. “Their Royal Highnesses have appreciated all of the support they have received from people around the world since their wedding in May and are delighted to be able to share this happy news with the public.”

Just hours earlier, the couple had touched down in Australia for their royal tour. Coincidentally, the two recently finished their royal tour of Southern Africa with little Archie in tow.