Meghan, Duchess of Sussex and Prince Harry are no longer senior members of the royal family, but fans around the world are as invested in their lives as ever. Meghan and Prince Harry are living in California, pursuing entertainment deals and planning the next phase of their careers. And while they haven’t given any interviews regarding their family expansion plans, a new report claims that the two are preparing to become parents for a second time.

Meghan and Prince Harry welcomed their son in May 2019

This morning, The Duke and Duchess of Sussex’s son, Archie Harrison Mountbatten-Windsor was christened in the Private Chapel at Windsor Castle at an intimate service officiated by the Archbishop of Canterbury, Justin Welby. The Duke and Duchess of Sussex are so happy to share the joy of this day with members of the public who have been incredibly supportive since the birth of their son. They thank you for your kindness in welcoming their first born and celebrating this special moment. Their Royal Highnesses feel fortunate to have enjoyed this day with family and the godparents of Archie. Their son, Archie, was baptised wearing the handmade replica of the royal christening gown which has been worn by royal infants for the last 11 years. The original Royal Christening Robe, made of fine Honiton lace lined with white satin, was commissioned by Queen Victoria in 1841 and first worn by her eldest daughter. It was subsequently worn for generations of Royal christenings, including The Queen, her children and her grandchildren until 2004, when The Queen commissioned this handmade replica, in order for the fragile historic outfit to be preserved, and for the tradition to continue. Photo credit: Chris Allerton ©️SussexRoyal

Meghan and Prince Harry tied the knot in May 2018, in an extravagant ceremony that was watched by thousands all around the world. Fans speculated that they wouldn’t wait long to start their family, and they were proven correct.

By the fall of 2018, the couple had announced that they were expecting a baby. Their son, Archie Harrison, was born in May 2019, one year after their wedding.

While royal fans were anxious to see as much as possible of the young child, Meghan and Prince Harry were determined to keep him away from the spotlight. They shunned the traditional photo session outside the hospital after Archie’s birth and chose to reveal him to the press on their own terms, in an informal question and answer session.

They also chose to keep his christening private, where most royal baptisms were semi-public affairs. Meghan and Prince Harry’s determination to keep their son out of the public eye as much as possible caused some criticism — but the two haven’t seemed to mind.

Prince Harry stated that he only wants two children 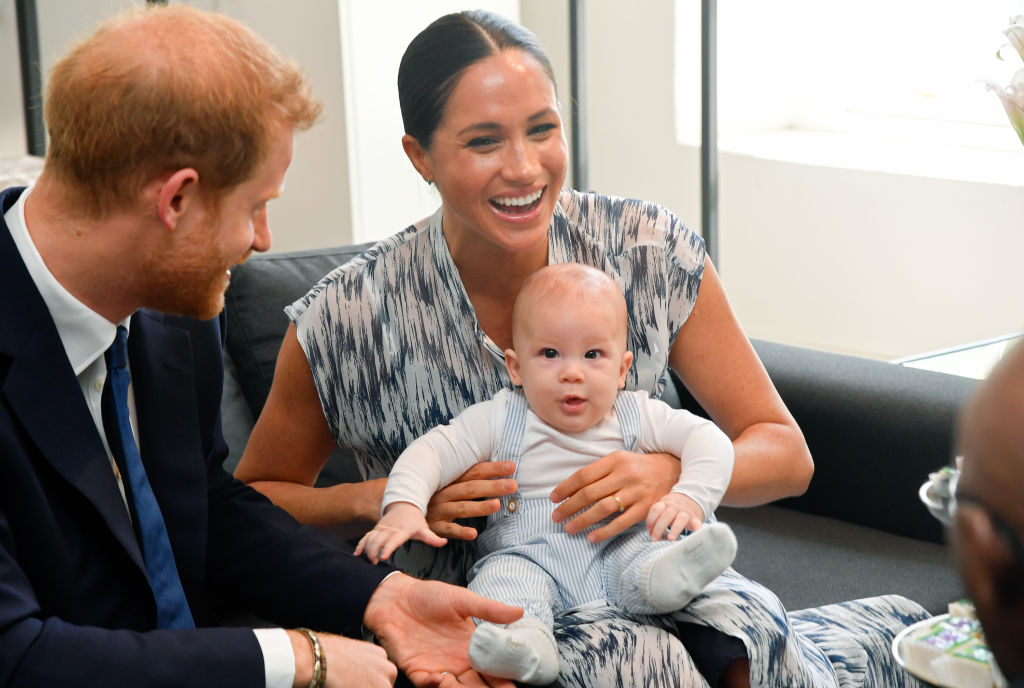 Over the summer of 2019, mere months after the birth of Archie Harrison, Prince Harry caused some serious controversy when he did an interview with the noted conservationist and family friend Jane Goodall. In the interview, Prince Harry revealed that he and Meghan are only interested in having a maximum of two children due to potentially negative environmental effects and the dangers of overpopulation.

The interview caused some backlash, especially since Meghan and the prince were already catching heat for their outspoken stance on environmental and social justice issues. Still, there were many who believed that the royal couple would still look to expand their family in the future — and according to a recent report, that expansion could be coming very soon.

An Us Magazine report claims that since Prince Harry and Meghan are fully settled into their new California home, they are preparing for a second child.

“Now that they’re comfortable in their new home and everything else in their lives is locked in and going well, Meghan’s told Harry it’s baby time,” the source stated. “She’s ready to be a mom again and can’t wait to start the process!”

The source for the story also stated that Meghan is thriving in her role as a mom: “Seeing how happy and complete Harry is with Archie by his side is richly rewarding for her. Meghan’s confident a second child will be perfectly manageable on a practical level and will bring them even more love and joy. She and Harry are both really excited for the next phase of their family journey.”

While there’s no word from the couple on any pregnancy plans or announcements, fans should be on the lookout over the next few months — it is entirely possible that Meghan and Prince Harry could be celebrating the end of 2020 with a baby on the way.