Meena Alexander, a poet and scholar whose writings reflected the search for identity that came with a peripatetic life, including time in India, Africa, Europe and the United States, died on Wednesday in Manhattan. She was 67.

Her husband, David Lelyveld, said the cause was endometrial serous cancer.

In both prose and poetry Ms. Alexander, a longtime professor at Hunter College and the CUNY Graduate Center, explored themes of feminism, post-colonialism, dislocation, memory and more. She published numerous volumes of poetry, two novels and a memoir, “Fault Lines” (1993). Her writings were themselves the subject of a book, “Passage to Manhattan: Critical Essays on Meena Alexander” (2005).

In their introduction, the editors of that volume, Lopamudra Basu and Cynthia Leenerts, credit Ms. Alexander with creating “a new hybrid poetic form, which fuses the Western Romantic lyric tradition with non-Western ones of Bhakti and Sufi poetry,” which came out of India. In one essay in the book, Jacqueline Wigfall describes “Fault Lines” as “a production of sound, color and texture that exceeds the function of autobiography, social history and political memoir.”

“Fault Lines,” which was reissued in 2003, was indeed far more lyrical and exploratory than the average autobiography, a search for identity through the elusiveness of memory.

“What I have forgotten is what I have written: a rag of words wrapped around a shard of recollection,” Ms. Alexander said in that volume. “A book with torn ends visible. Writing in search of a homeland.”

It was a quest she also took up in her poetry. “The wind lifts up my life,” she wrote in a poem called “Dog Days of Summer,” “and sets it some distance from where it was.” 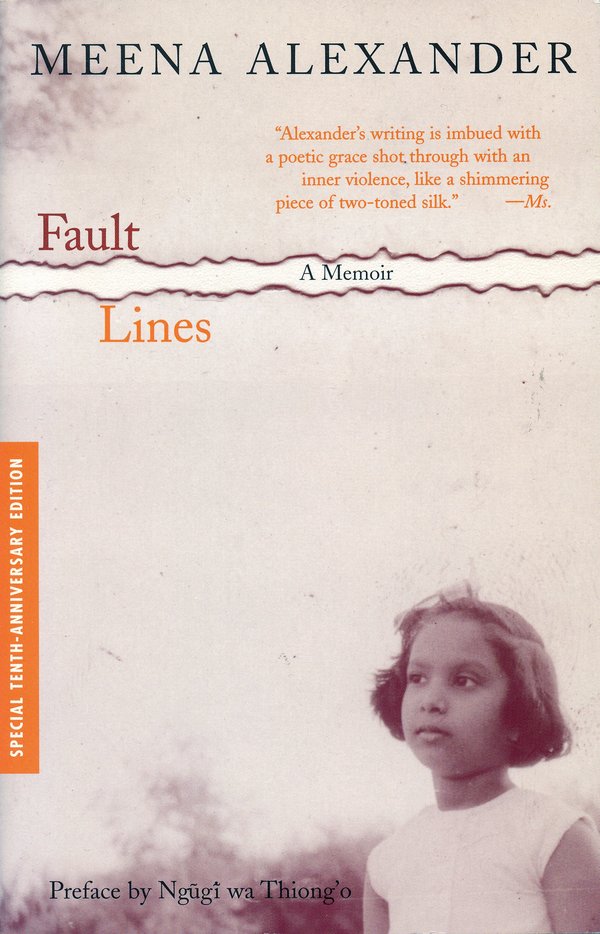 But that was just one of many themes in her poetry, which could be inspired by a fragmentary recollection from her childhood, an act of violence like the Sept. 11 attacks, or anything in between.

“Meena Alexander’s lyric poems embody her expert ability to craft scenes that draw on disparate cultural traditions to become simple, sonic and ultimately startling moments that remind us of the power of language and the gift of our humanness,” Jennifer Benka, executive director of the Academy of American Poets, said by email.

Prageeta Sharma, in The Women’s Review of Books, praised one of Ms. Alexander’s best known collections, “Illiterate Heart” (2002), writing, “Her poems contemplate departures, arrivals and in-betweens of the soul.”

Mary Elizabeth Alexander was born on Feb. 17, 1951, in Allahabad, India, four years after India gained its independence from Britain. She always went by the name Meena, and she eventually made it her legal name.

“I felt I had changed my name to what I already was, some truer self, stripped free of the colonial burden,” she wrote in “Fault Lines.”

Her father, George, was a meteorologist for the Indian government, and her mother, Mary (Kuruvilla) Alexander, was a homemaker. When she was still a young girl, her father accepted a post in Sudan, a newly independent country in northeast Africa that had requested help in getting established from professionals in other countries. She celebrated her fifth birthday on an ocean liner as the family was on its way to join him in Khartoum.

“The sea cast me loose,” Ms. Alexander wrote a half-century later in “Crossing the Indian Ocean,” an entry in her book “Poetics of Dislocation” (2009). “The sea tore away from me all that I had. In doing so, it gave me an interior life far sooner than I would have had otherwise, but at great cost.” 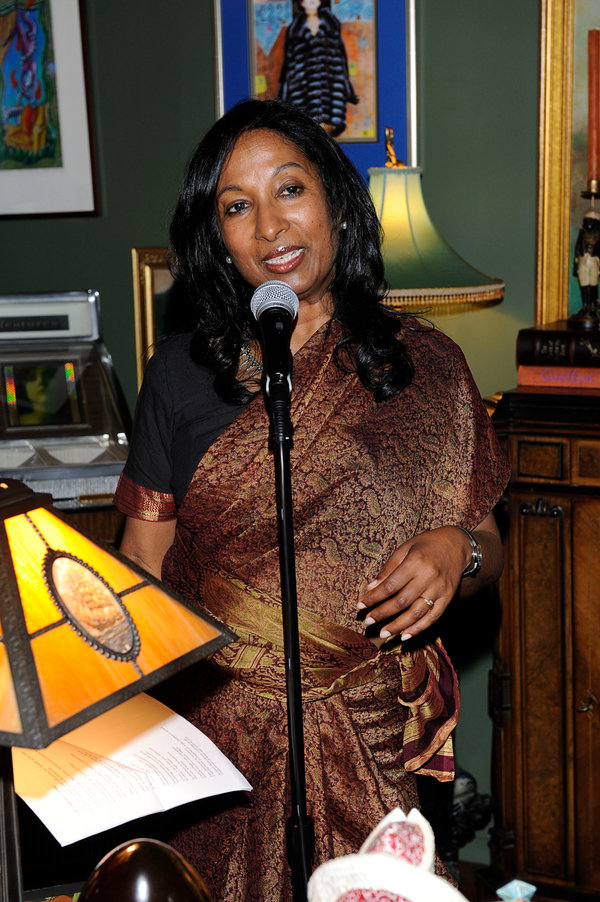 Ms. Alexander taught at Fordham University before moving to the City University of New York Graduate Center and Hunter, where she spent some 30 years. She was also a visiting fellow or poet in residence at a number of institutions.

In addition to her husband, Ms. Alexander, who lived in Manhattan, is survived by her mother; a son, Adam Lelyveld; a daughter, Svati Lelyveld; and a sister, Elizabeth Alexander.

In 2013, speaking to the Yale Political Union, Ms. Alexander recalled an earlier talk at which someone in the audience had brought her up short by asking, “What use is poetry?” In the Yale talk, she explored that question and lamented the struggle for the poetic voice to be indulged and heard.

“The poem is an invention that exists in spite of history,” she said. “Most of the forces in our ordinary lives as we live them now conspire against the making of a poem. There might be some space for the published poem, but not for its creation: No ritualized space is given where one is allowed to sit and brood.”