Mavis Pusey, a painter and printmaker who drew on inspirations as varied as sunsets and scenes of urban demolition to create striking abstract works full of geometric forms, died on April 20 in Falmouth, Va. She was 90.

Hallie Ringle, curator of contemporary art at the Birmingham Museum of Art in Alabama, who has been working on a traveling exhibition of Ms. Pusey’s work, confirmed her death and said she had dementia.

Ms. Pusey was a leading abstractionist who, while living in New York, made works that reflected the constantly changing city landscape, giving them titles like “Broken Construction at Dusk” and “Demolishment.”

“I am inspired by the energy and the beat of the construction and demolition of these buildings,” she said in a statement on her website, adding, “The tempo and movement mold into a synthesis and, for me, become another aesthetic of abstraction.” 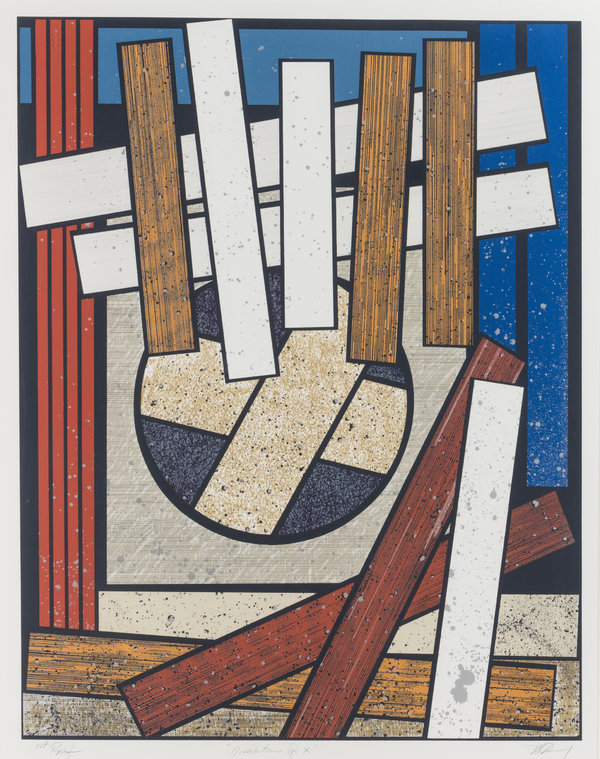 One of Ms. Pusey’s first major showings was part of “Contemporary Black Artists in America,” an important exhibition mounted by the Whitney Museum of American Art in 1971. Almost a half-century later she was again part of a major exhibition, “Magnetic Fields: Expanding American Abstraction, 1960s to Today,” at the Kemper Museum of Contemporary Art in Kansas City, Mo.

In between the two, her works were exhibited at museums, colleges and galleries around the country and found their way into the Cochran Collection in LaGrange, Ga., the Museum of Modern Art in New York and elsewhere. Yet Ms. Pusey was not a familiar name even to some within the art world.

Longstanding biases in that world were partly responsible. Melissa Messina, who curated the Kemper show with Erin Dziedzic, was candid as to why people familiar with the names of abstract artists from the same era, like Ellsworth Kelly and Frank Stella, might not recognize hers.

“It is not because Pusey’s work is any less groundbreaking, pristinely executed, or formally and conceptually evocative,” she said by email. “Simply put: It is because she was black and a woman.”

Ms. Messina added, “She was also working in nonrepresentational, hard-edge abstraction, a genre dominated by (and still shrouded in) mythic white masculinity, when figurative and narrative-based work was (and in many ways still is) the prevailing mode of expression for black artists.”

Ms. Ringle, in a remembrance posted last week on the website of the Studio Museum of Harlem, where she worked previously, noted that Ms. Pusey had stuck to her style despite “the enormous pressure that black artists faced in the 1960s and 1970s to portray matters of identity and social unrest.”

She continued, “Black abstract artists, particularly black women abstract artists, were often overlooked or rejected for their stylistic choices, yet Pusey retained a focused thematic vision of her work throughout the entirety of her career.”

Mavis Iona Pusey was born on Sept. 17, 1928, in Jamaica. Her parents died when she was young. An aunt taught her to sew, and by age 9 she was making her own dresses. One of her first jobs was cutting fabric in a garment factory in Kingston, Jamaica.

At 18 she moved to New York to study fashion at the Traphagen School of Fashion, but, struggling financially, she switched to the Art Students League, which could give her a schedule that would enable her to work at a bridal gown boutique.

“Accidentally, I went into Will Barnet’s class of painting,” she told The New York Amsterdam News in 1978. “After a month I said, ‘I think I’m in the wrong class.’ But by this time I had become so involved in my painting, I just stayed.”

She had been studying at the league for four years, working on her painting and learning printmaking, when an immigration official told her that her student visa had run out. She moved to England, where two brothers lived, and over the next few years studied in London. She also spent time in Paris, where she had her first solo exhibition, at the Galerie Louis Soulanges, in 1968.

By the end of that decade, with a new visa, she was back in New York.

The 1971 Whitney show — which drew considerable attention and some controversy over whether black art specialists had had enough input in the selections — included Ms. Pusey’s 1970 painting “Dejygea,” which was part of the Kemper show in 2017 as well.

“It contains an explosive energy articulated through intersecting angular shapes that reflect the chaos and construction of New York,” Ms. Ringle said. “Even within the composition, the curvilinear shapes provide a kind of tension that speaks to the importance of the body in her later paintings and prints.”

Ms. Pusey taught at several institutions, including Rutgers University, the New School and the Pennsylvania Academy of Fine Arts.

She would have to abandon New York City again, in 1988, after she had been uprooted from the Chelsea loft where she had lived and worked for 16 years; a new owner had bought the building and had other plans for it. Most tenants willingly left, but Ms. Pusey held out. The electricity was cut off. Eventually the new owner paid her to leave, and she used the money to move some 300 miles away from the artistic mainstream, to Orange, Va.

“My friends thought I was nutty,” she told the newspaper The Free Lance-Star of Fredericksburg, Va., in 1995. “I left New York to go live in the bush.”

There she joined the faculty of the Woodberry Forest School, a boarding school for boys. She was Woodberry’s only black teacher at the time and one of four women on the 37-member faculty.

“I have to show them artists aren’t all crazy,” she said of her reason for being there.

In 2011, as her health declined, a number of artworks by Ms. Pusey were auctioned off in a bankruptcy proceeding to support her care. At the time, she was under the guardianship of the Orange County, Va., Department of Social Services. Hannah W. Hutman, the trustee representing Ms. Pusey’s estate, said that a second cache of works had recently been discovered and that the bankruptcy case had been reopened; she is seeking court permission to hold a second auction.

Ms. Pusey is survived by a daughter, Yvonne Palmer, and her caretaker, Yvette Ashton.

When she took the Woodberry teaching job, Ms. Pusey had to relearn how to drive after years of living in cities. Ms. Ringle shared a handwritten wish list found among Ms. Pusey’s papers, apparently from the late 1980s.

“I want to overcome the habit of procrastinating,” one wish read, “and to get over the fear of driving at nights and driving around curves.”

Another was, “I want to make enough money to live on, through my art.” 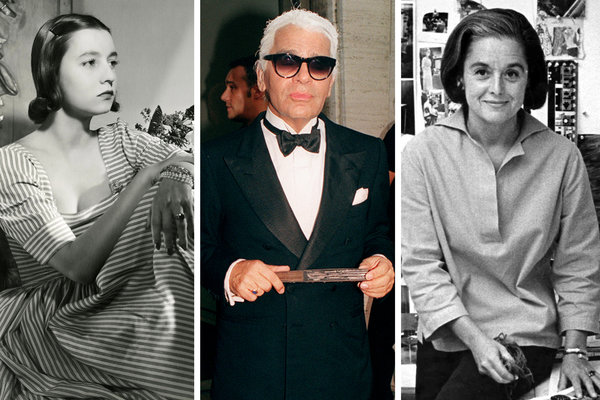 Neil Genzlinger is a writer for the Obituaries Desk. Previously he was a television, film and theater critic. @genznyt • Facebook