A London school has hired an etiquette coach to teach pupils how to act like royalty in a bid to win coveted scholarships.

The Cumberland School in Plaistow, Newham, has brought in specialist coach Laura Akano, who appeared on BBC2’s Back in Time For School, to give students tips on how dress, communicate and conduct themselves.

The ‘finishing school’ is teaching youngsters how to sound more polished and confident, and to give them the necessary skills to succeed at interviews and beyond.

They have even learned the ‘Duchess Slant’, a sitting position favoured by Kate Middleton, 38, with legs slanted, ankles and knees together and hands cradled in her lap, which she has been perfecting since stepping into the public eye. 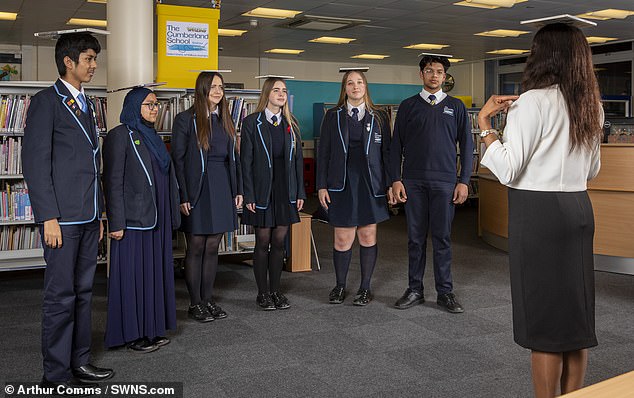 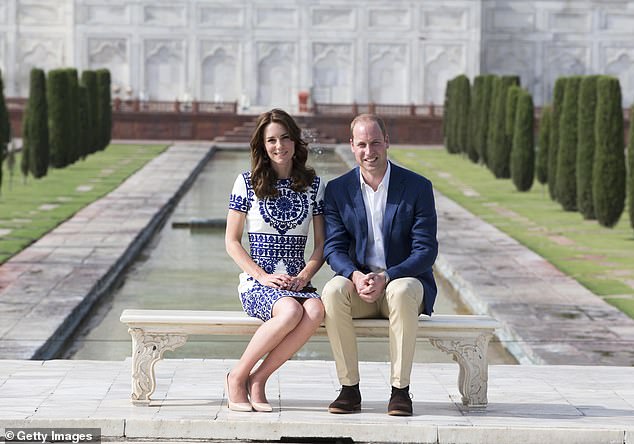 They have even learned the ‘Duchess Slant, a position used by Kate Middleton. Pictured, the Duke and Duchess of Cambridge in front of the Taj Mahal in 2016

Since starting their Prestigious Colleges Programme two years ago the school have sent dozens of disadvantaged students to fee paying schools.

The school have hired top etiquette coach Laura to take weekly classes. The six-week course includes modules on posture and greetings as well as table manners and place settings.

Headteacher Omar Deira said: ‘We have absolutely no worries about our students’ academic ability but the social environment they are entering may be wholly unfamiliar. 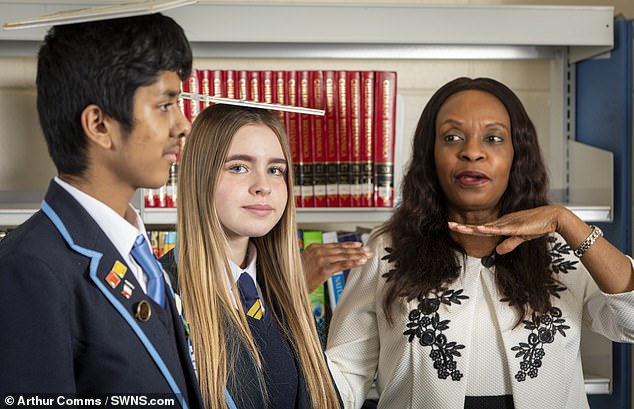 The ‘finishing school’ is teaching youngsters how to sound more polished and confident, and to give them the necessary skills to succeed at interviews and beyond

‘This isn’t about changing who they are or the way they act. It’s about making sure they are as confident as they can be during interviews, and if successful at their new schools.

‘We want to level the playing field and give our students every chance to compete with those who have come from wealthier backgrounds.’

He continued: ‘The skills they learn won’t just help them in their new schools, but later in life as well. 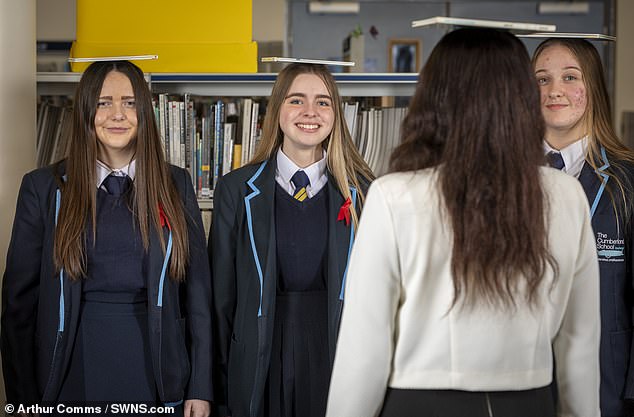 Students will be given tips on how dress, communicate and conduct themselves over the course of six weeks

‘They’re learning little things, such as what fork to use at a fancy dinner, as well as how to what’s expected at job and university interviews. I’ve picked up a few tips myself.’

Meanwhile the etiquette coach said her lessons would help provide the pupils with confidence.

She explained: ‘This is not about putting on airs and graces and asking them to be something they are not.

‘It is about giving them the confidence to excel during interviews. 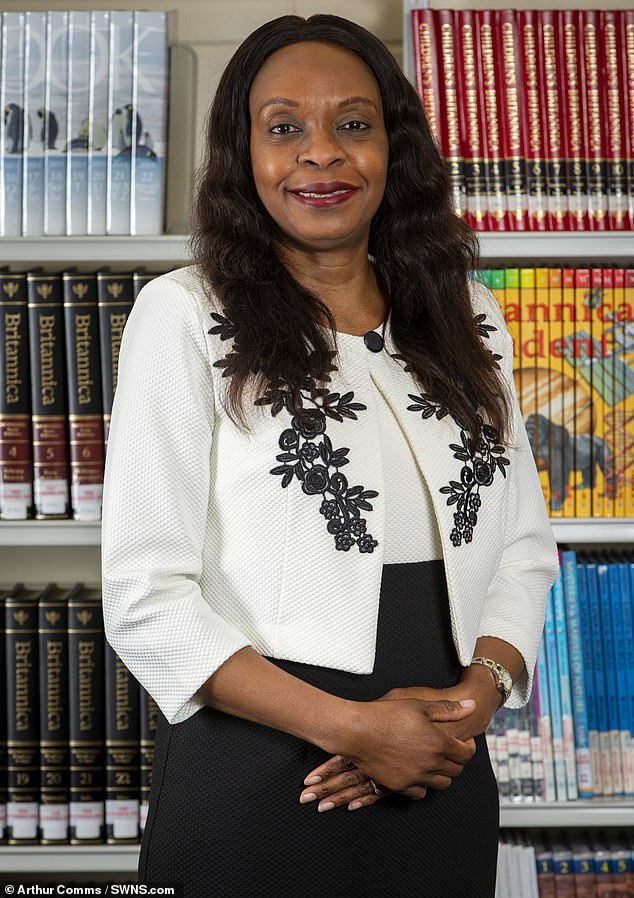 The school hired top etiquette coach Laura Akano (pictured) , who appeared on BBC2’s Back in Time For School to take weekly classes

‘These are skills that people from middle- and upper-class backgrounds have by birth right. The students at Cumberland do not have that.

‘I applaud a school where most of the children are from working class backgrounds that wants the best for their students, every school should have those kinds of aspiration.’

This year student Ella Wellingbrook, 16, has won a place at the highly exclusive Francis Holland school on a £42,000 scholarship, with more pupils expected to follow.

Laura called Ella ‘one of her best students’, adding: ‘She was always asking questions and very engaged.

The ‘Duchess Slant’ is a sitting position favoured by Kate Middleton (left) , with legs slanted, ankles and knees together and hands cradled in her lap,which has since been adopted by Meghan Markle (right)

‘She really wanted to be prepared so she could do well at her interview. She made lots of effort. It has clearly paid off because she has now won a place at a top school.’

Ella, whose dad is a lorry driver, said: ‘I really think the training I got from Laura helped me at my interview. I felt more confident and I knew the right way to meet and greet the person interviewing me.

‘It was something that I had never thought about up until now but it really makes a difference in how you are perceived.

‘I have learned a lot from Laura which will be useful for me throughout my life.’